MUSKEGON – If history can repeat itself, the Muskegon Lumberjacks are about to go on another roll.

It was a victory in Green Bay on Dec. 9 that propelled the Lumberjacks to a franchise-record seven-

On Friday the Jacks met up with Green Bay again, this time at home, and walked away with an impressive 5-3 victory.

Suddenly the Jacks are working on a new winning streak, and have their sights set on the top of the USHL’s Eastern Conference standings.

Muskegon now has 30 points in the standings, and is only five points behind first-place Green Bay.

The Jacks hope to pull even closer when they have a rematch with the Gamblers on Saturday night at 7:15 p.m. at L.C. Walker Arena. 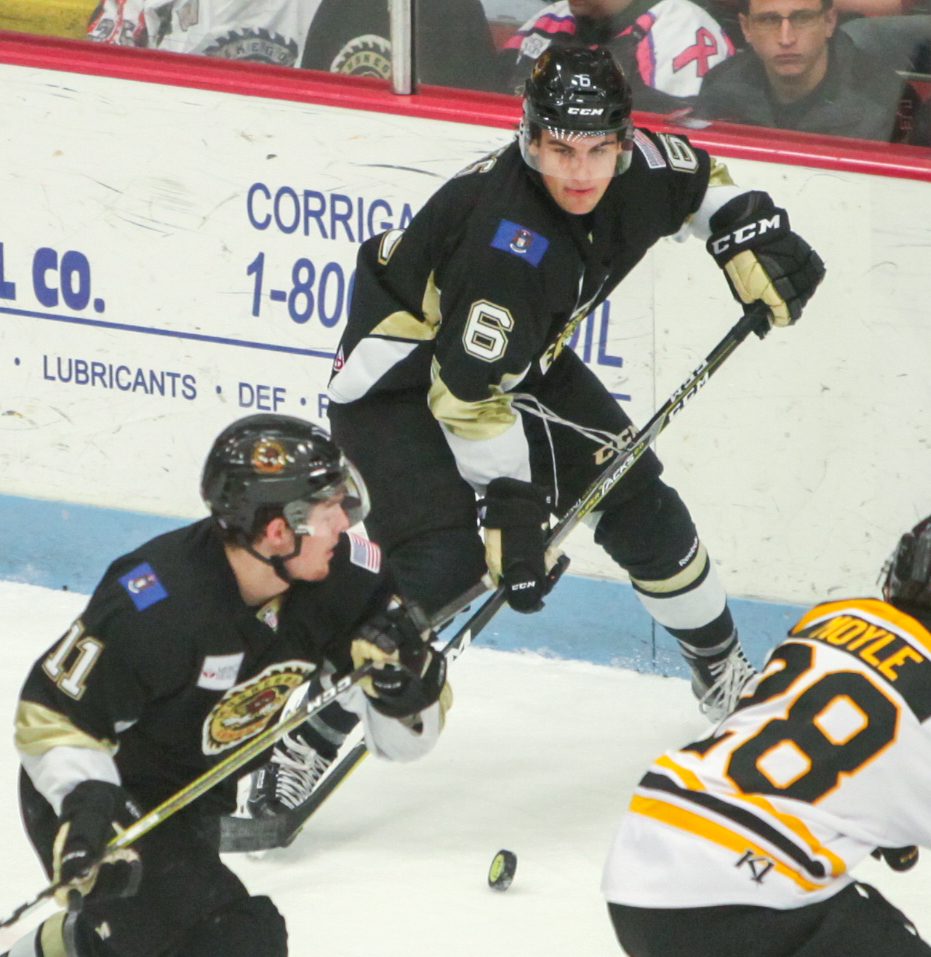 No. 6 Colby Bukes controls the puck along the boards for Muskegon. Photo/Jason Goorman

“We feel like this is the best team we’ve played all year,” Muskegon coach John LaFontaine said about Green Bay. “So it was good to see our guys go out there and rise to the occasion.”

Green Bay’s Ryan Verrier responded with a power-play goal four minutes later, but just 11 seconds after that, Mikael Hakkarainen’s eighth goal of the season put Muskegon up 2-1 after one period.

The Lumberjacks increased their lead to 3-1 three minutes into the second period when team captain Anthony Del Gaizo netted his 17th goal of the season.

Three minutes later, Vincent De Mey powered his way to the net and sent a backhand in to give the Jacks a 4-1 lead that would hold up into the third period.

Green Bay, which was held without a shot for the first 11 minutes of the final period, pulled  within two with 7:44 left in the game on a goal by Noah Prokop.

But Del Gaizo put a nail in the Gamblers’ coffin when he picked up a rebound with 3:08 left and knocked the puck into an open net for his second goal of the game.

“I just went to the net and tried to get a stick on it,” Del Gaizo said. “I think we’re the best team in the league, and it’s nice to get this outcome against a team like this.”

The Gamblers got a late power play goal  from Jesse Jacque, but it meant little at that point.

The Lumberjacks finished the game with a 36-32 shot advantage, and goalie Keegan Karki had 29 saves.

Matej Pekar finished with two assists for Muskegon while Hakkarainen, Del Gaizo, Will Schlagenhauf and Colby Bukes each had one. 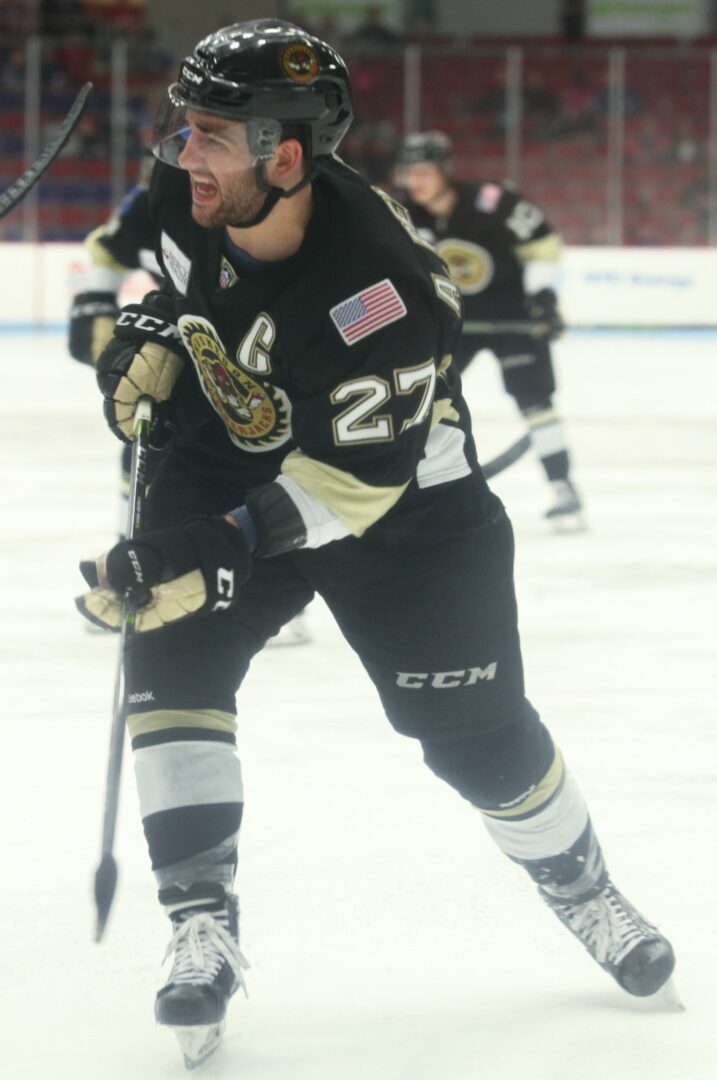 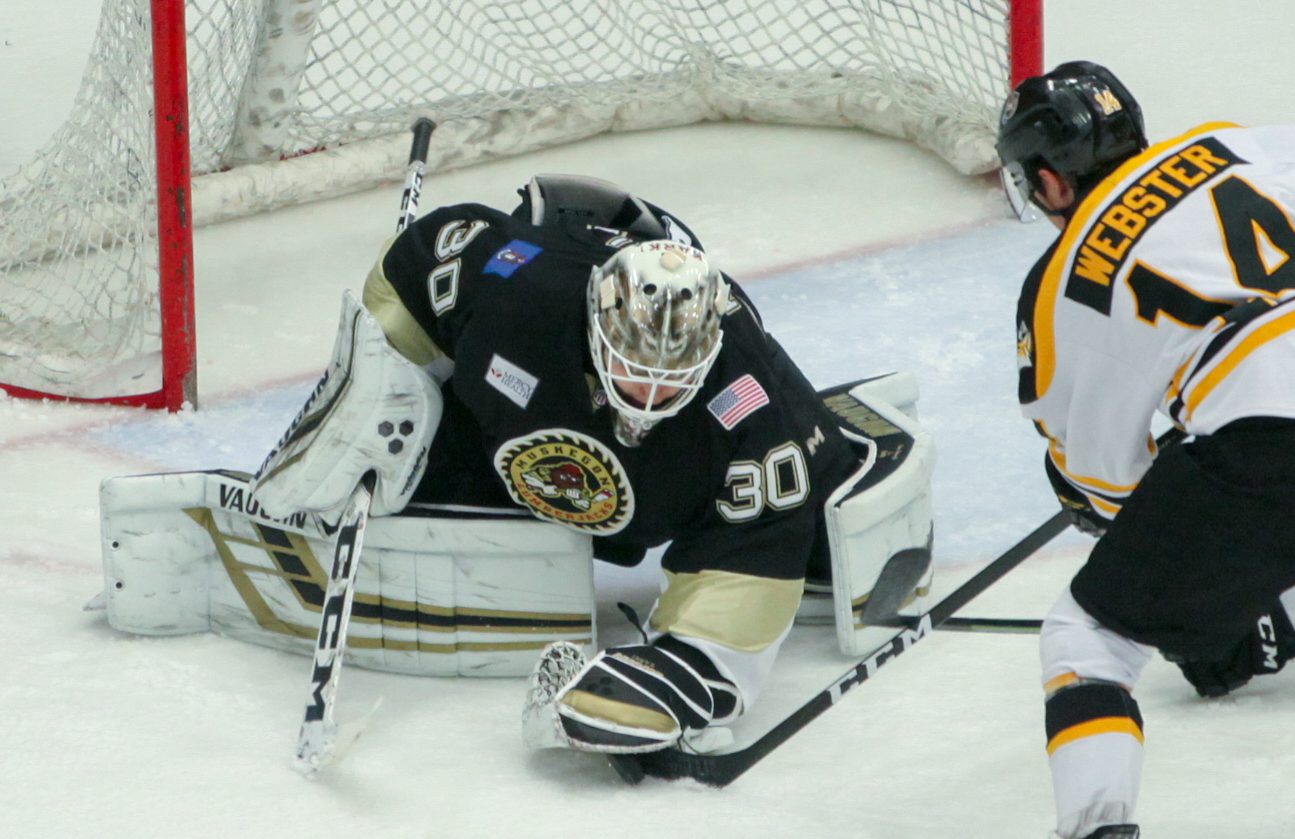 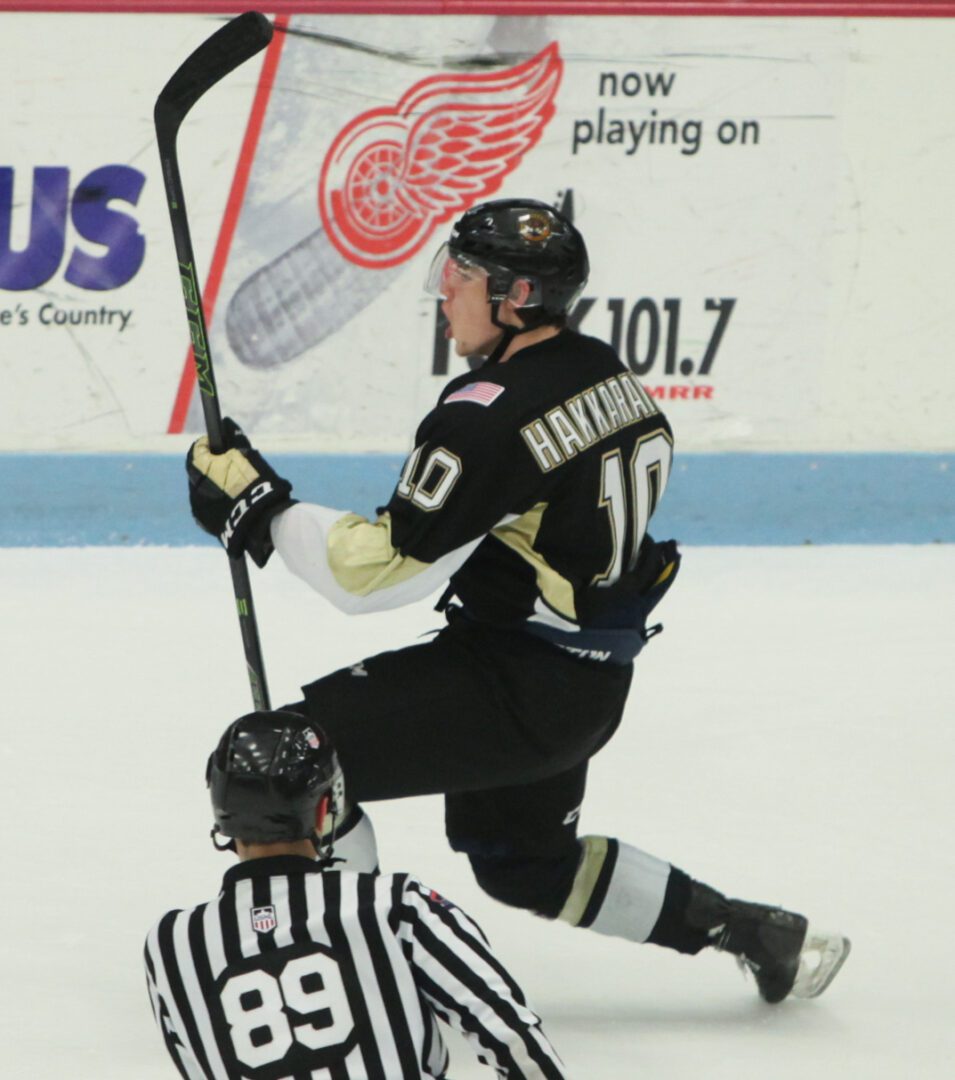 Will Schlagenhauf looks back to a Lumberjacks teammate after winning the face off for Muskegon. Photo/Jason Goorman

Monte Graham looks up during a face off. Photo/Jason Goorman 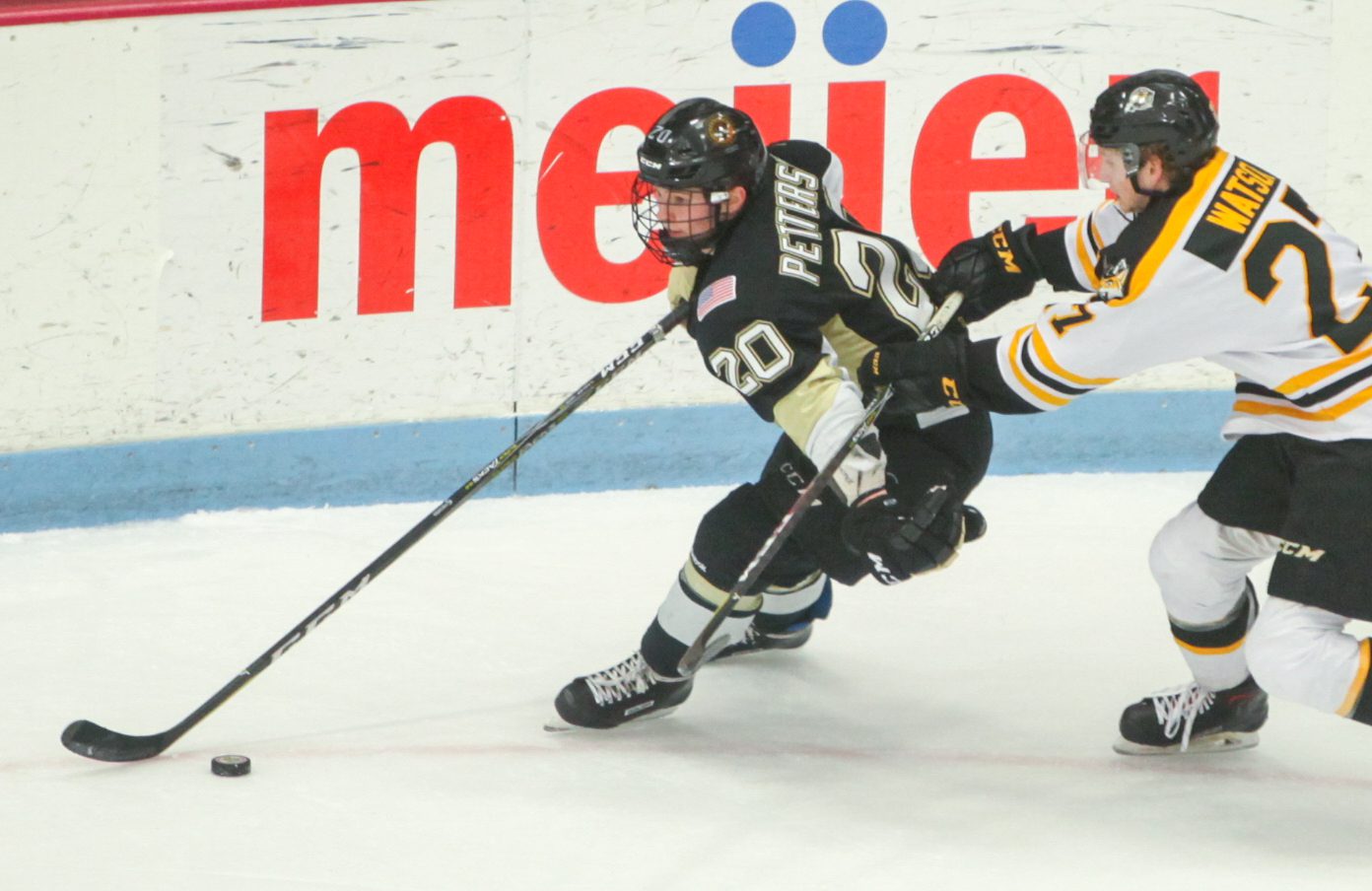 Emilio Pettersen controls the puck with Green Bay’s No. 27 Carver Watson on his back. Photo/Jason Goorman