Lumberjacks take in on the chin again from first-place Team USA Under-17 squad, 10-1

Now the Muskegon Lumberjacks understand why Team USA’s Under 17 squad has a grip on first place in the USHL’s Eastern Conference.

The Jacks have been hot in recent weeks and threatening to challenge for first place. But Team USA has been there twice to show Muskegon how good they still need to be.

Team USA scored five unanswered first period goals and continued the onslaught to gain the lopsided victory over the Lumberjacks.

The 10 goals allowed marked the most Muskegon has relinquished this season.

Muskegon struggled against a potent Team USA power play, letting in six of the ten goals during the man advantage.

The Lumberjacks managed to find its lone goal on the power play, going 1-for-5 on the night. 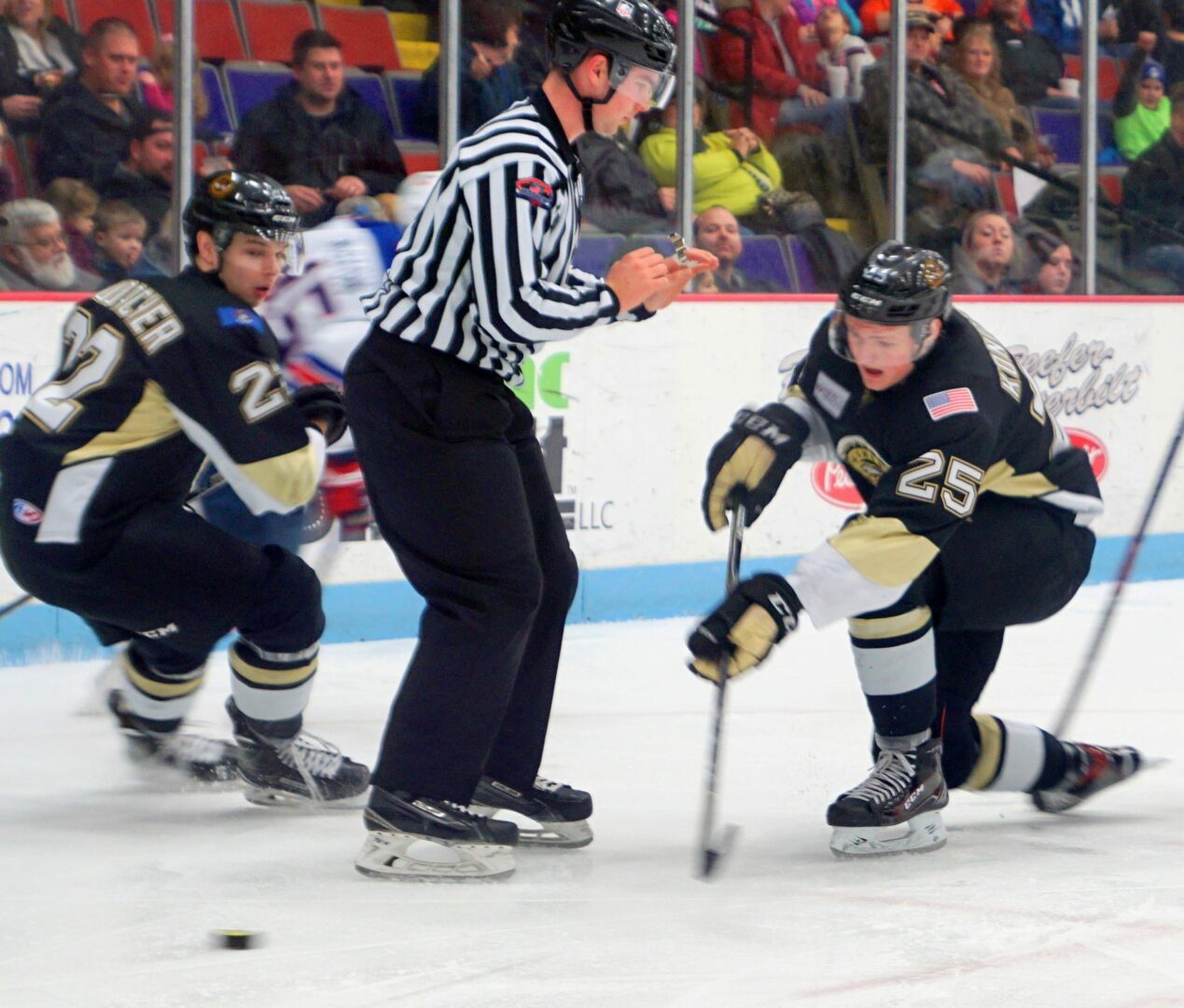 “We knew that they can play, and we know they are skilled and talented,” said Lumberjacks coach John LaFontaine about the Under-17 squad. “You can’t give up quick goals to this team, because they have the offensive power to do what they just did to us.

The Lumberjacks are now 17-15-2 on the season, good for 36 points and fifth place in the USHL’s Eastern Conference.

The Lumberjacks will look to close out the weekend on a winning note Sunday on the road against the Chicago Steel. Faceoff is slated for 4:05 p.m. EST.

Anthony Del Gaizo put the Lumberjacks on the board with two seconds left in the first period on a power-play goal.

Team USA found second-period goals from Cody Caulfield and Matthew Boldy and added three more in the third. Caulfield scored twice more to complete the hat trick and Trevor Zigras added a tally to round out scoring for the visitors. 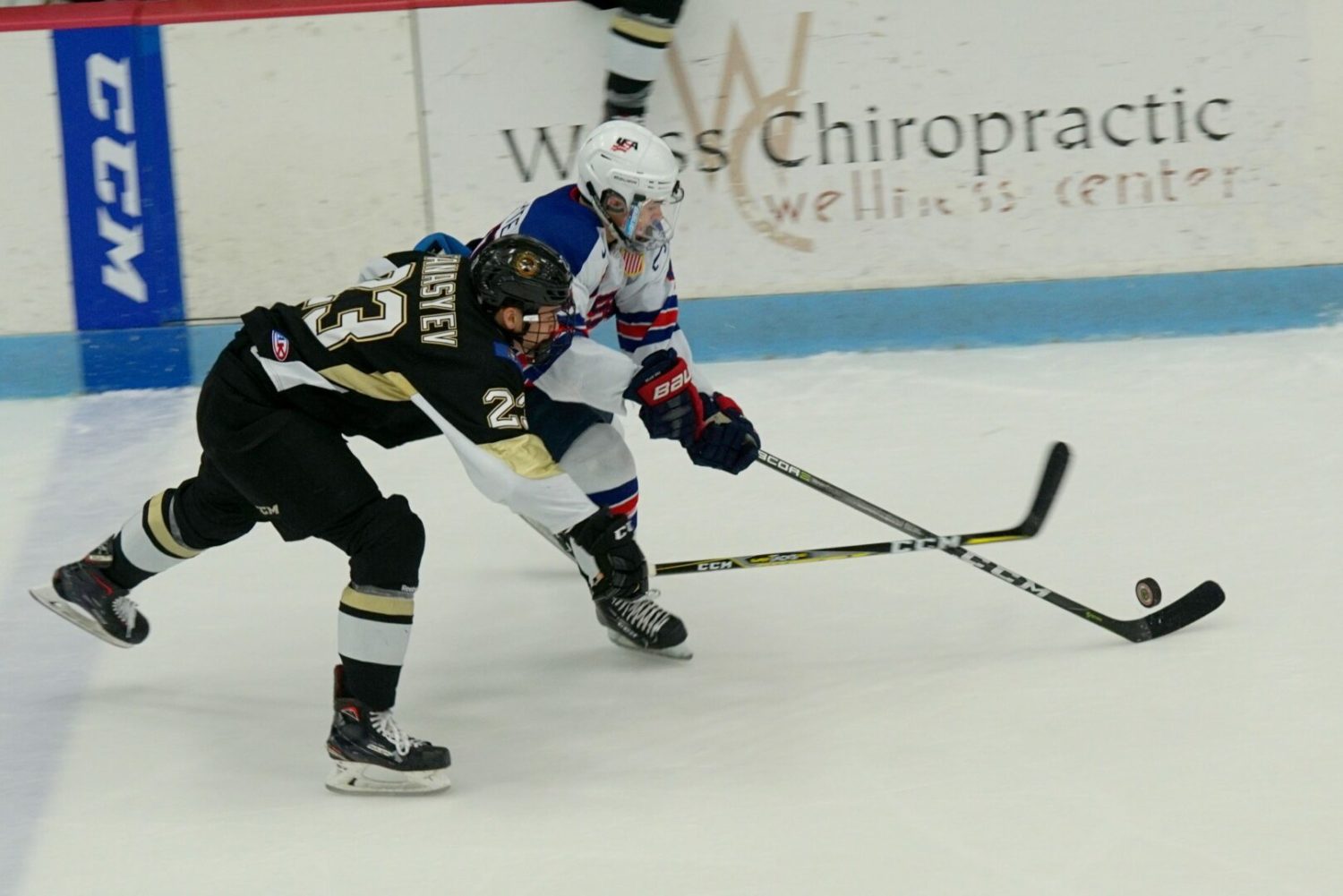 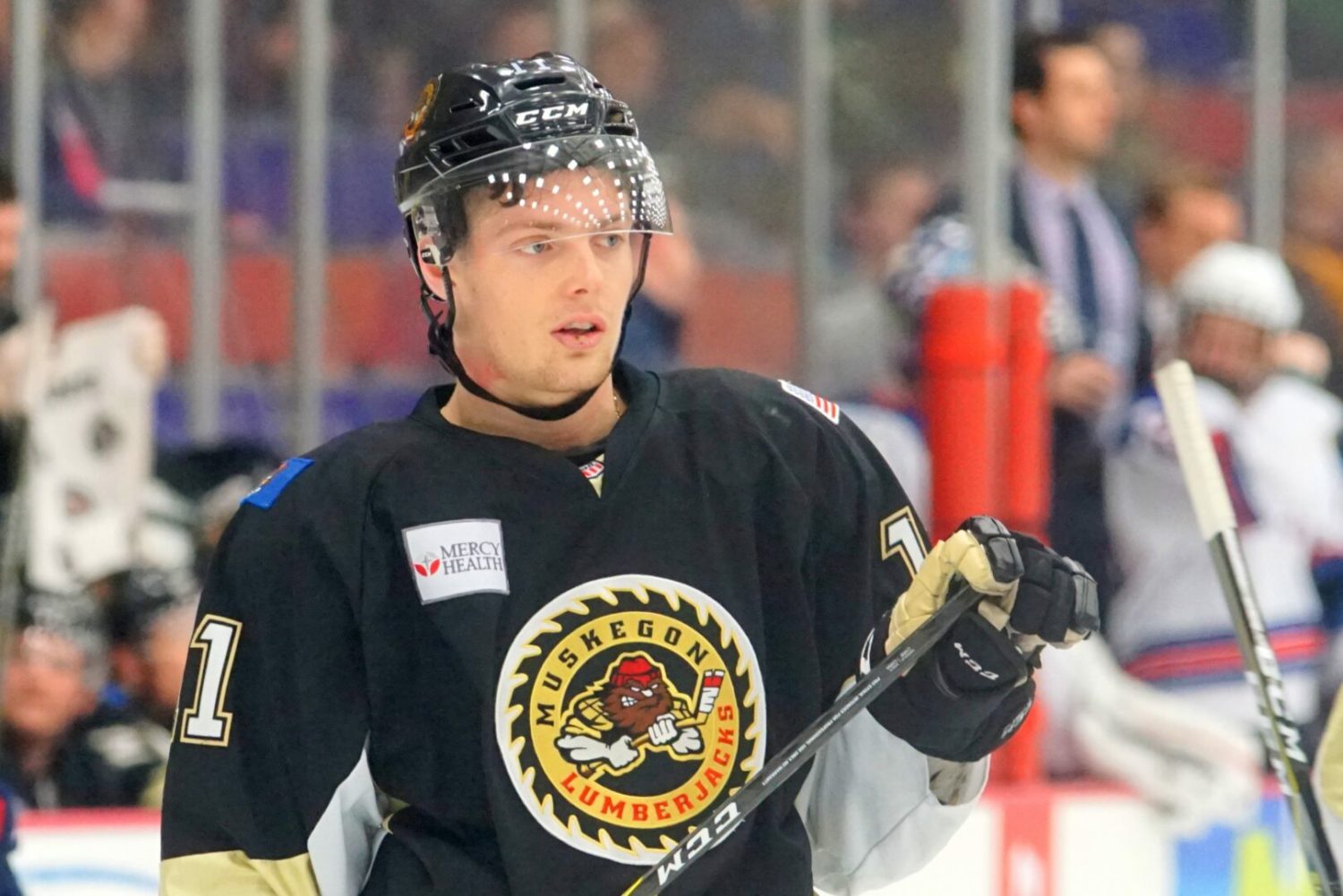 Monte Graham looks on after a break in the action. Photo/Leo Valdez 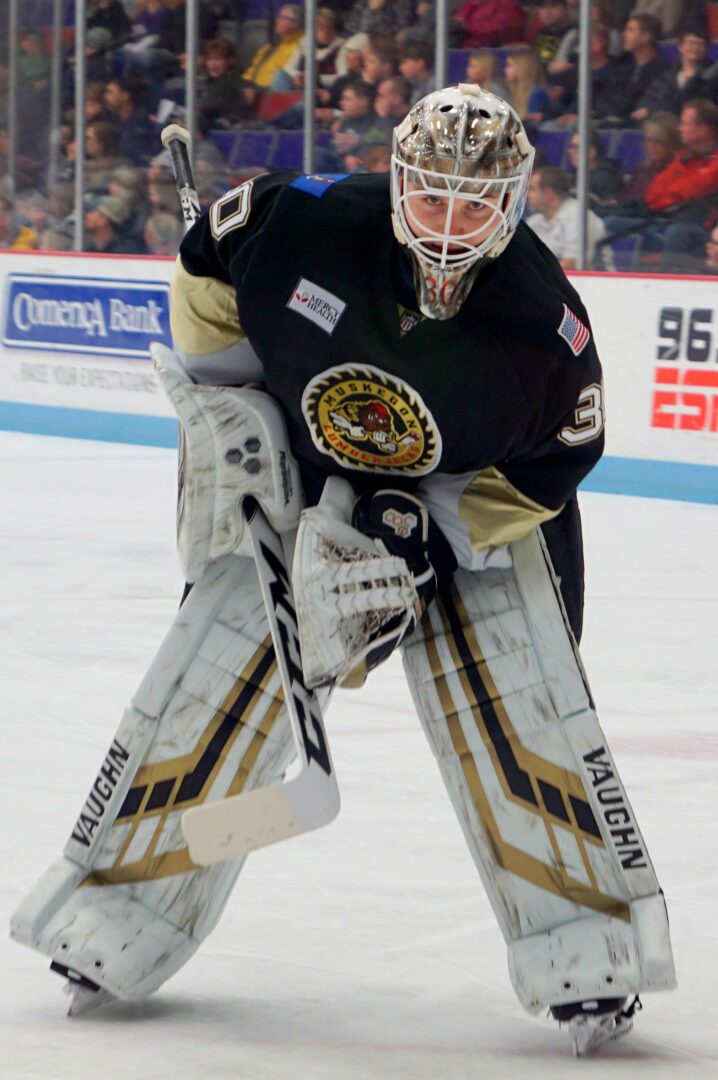 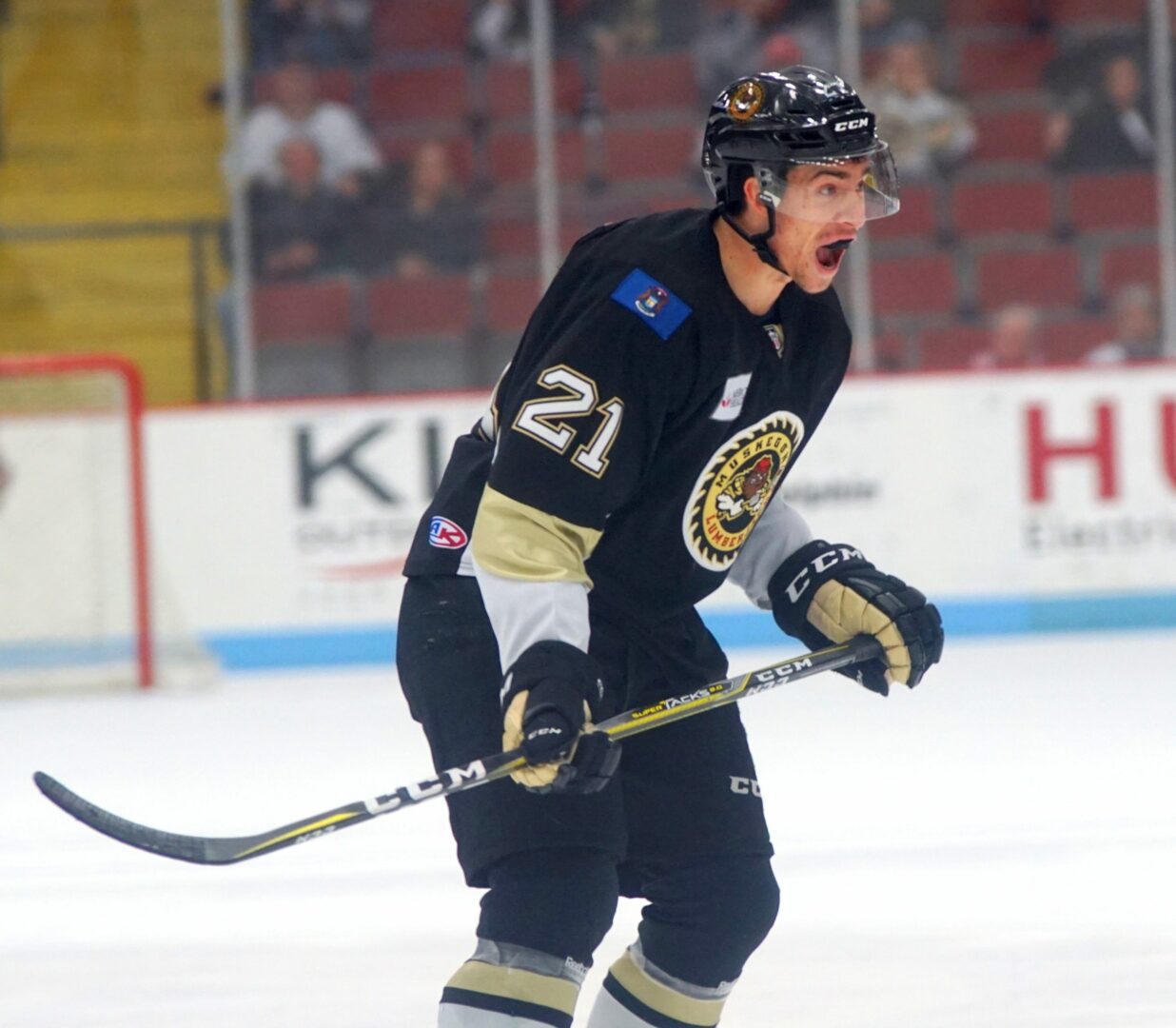 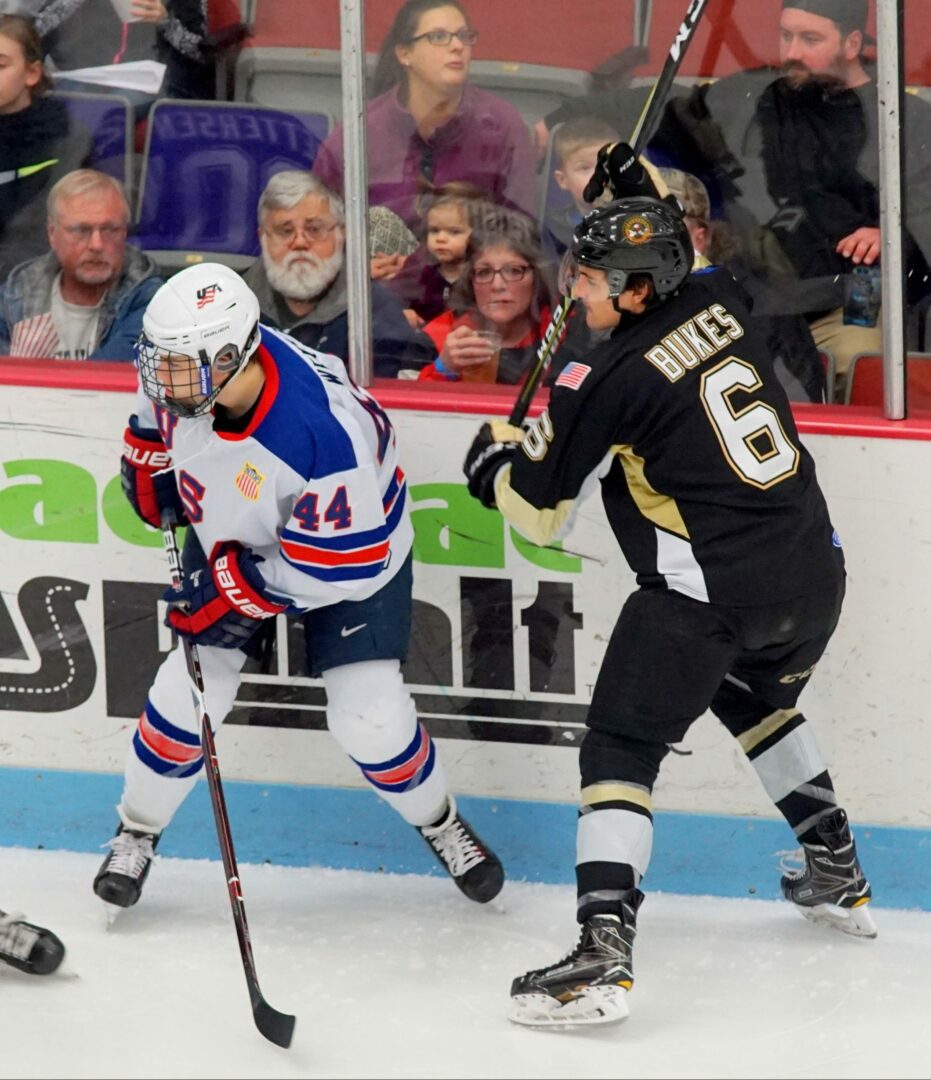 Colby Bukes follows the puck along the boards for Muskegon. Photo/Leo Valdez 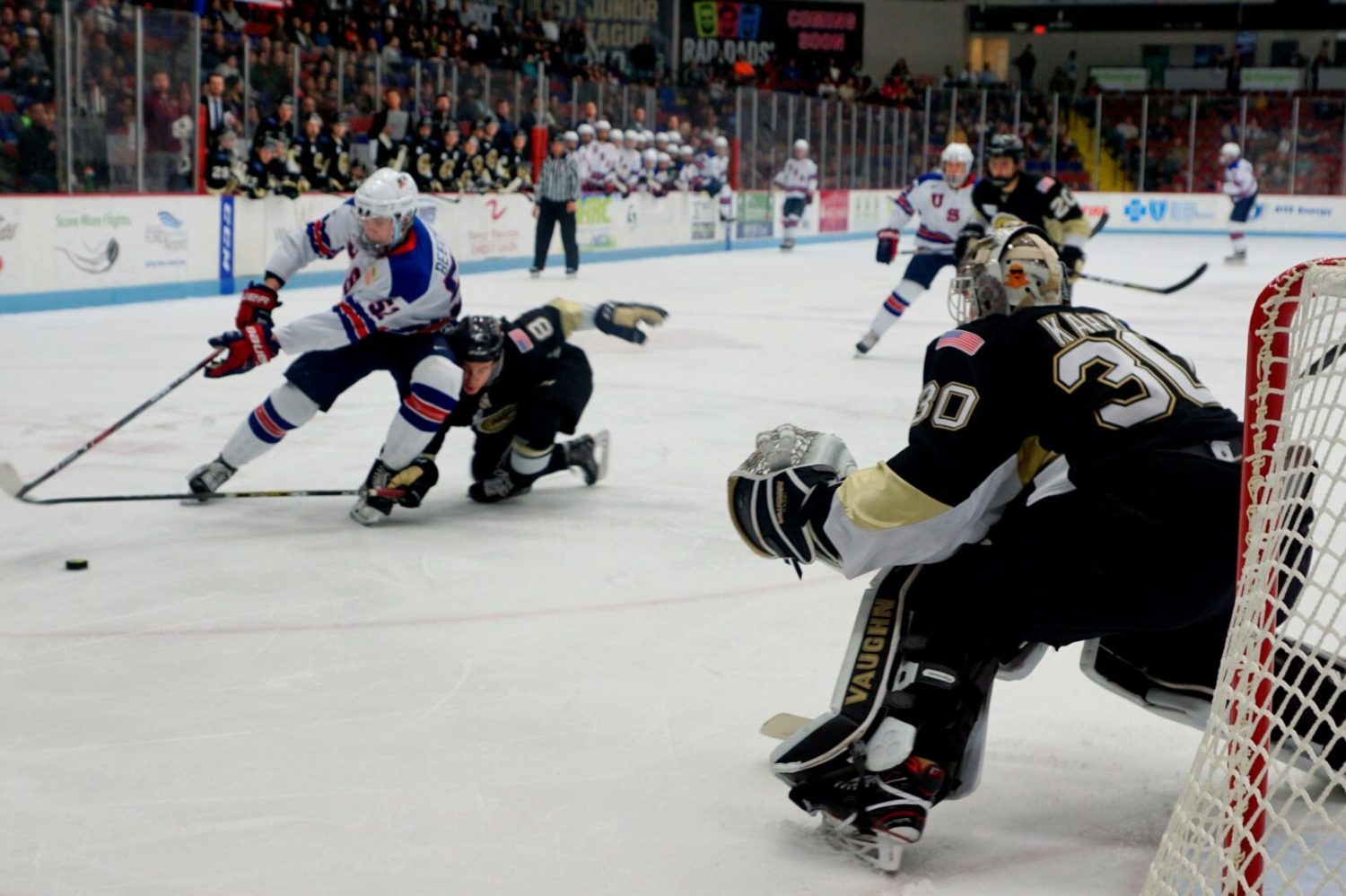 Nash Nijenhuis tries to get his stick in front of the play on fellow goaltender Keegan Karki. Photo/Leo Valdez

Reeths-Puffer boys lose a big lead, then recover to stun Muskegon 81-79 in a double-overtime conference thriller