Nash hit her lone field goal of the game late in the fourth to put Muskegon up 36-30 and grabbed a key offensive rebound in the last minute to seal the deal for the Big Reds.
Muskegon held Grand Haven offensive threat All Keyser scoreless in the third and was able to take a 25-23 lead into the fourth quarter.
The two teams played to a 10-10 tie after the first quarter and Grand Haven took a 18-14 lead at halftime.
Alyza Winston led the Big Reds with 13 points, Daz’sha Day added 12 points and five assists while Diynasti Dowell had 10 points and six rebounds.
Grand Haven was led by Keyser with 14 points and Sophia Mariani with 11 points. 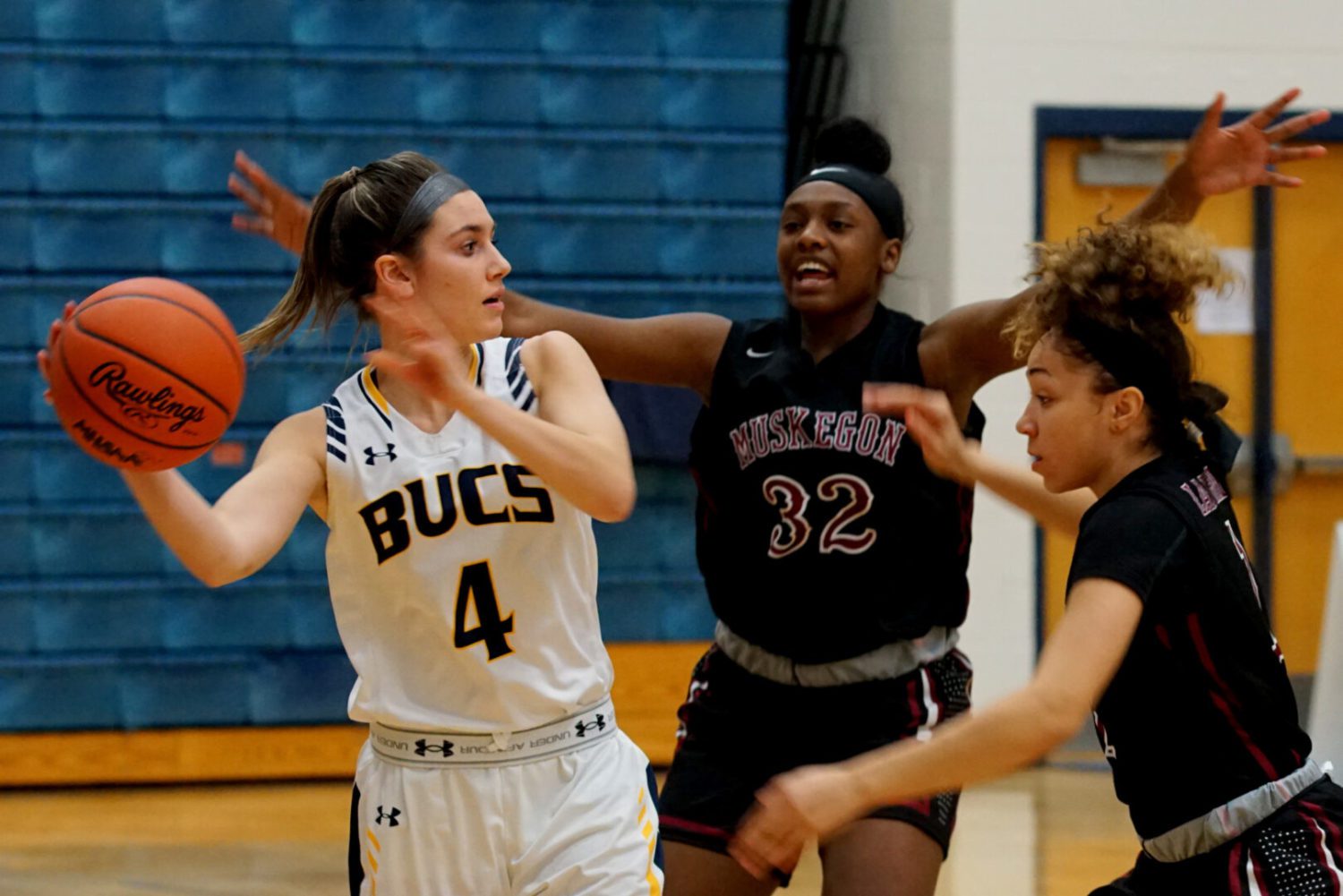 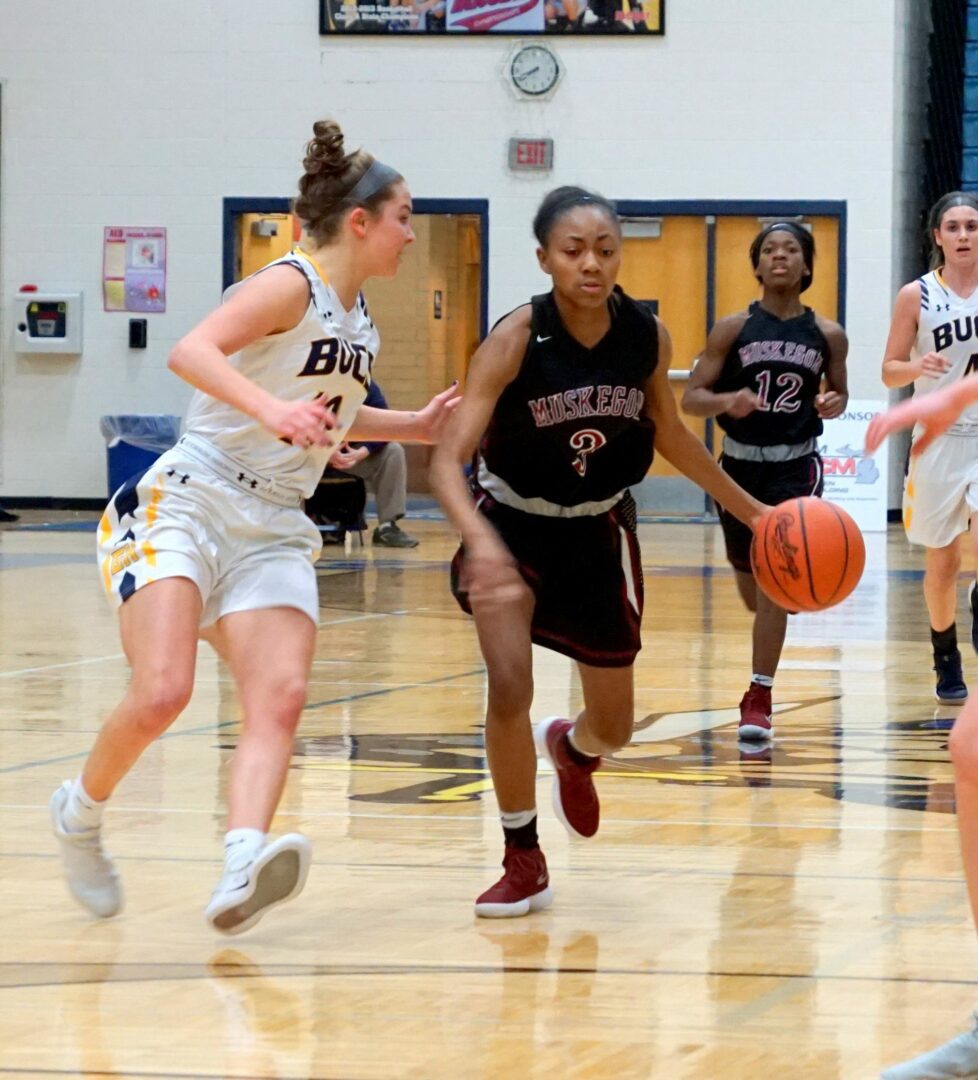 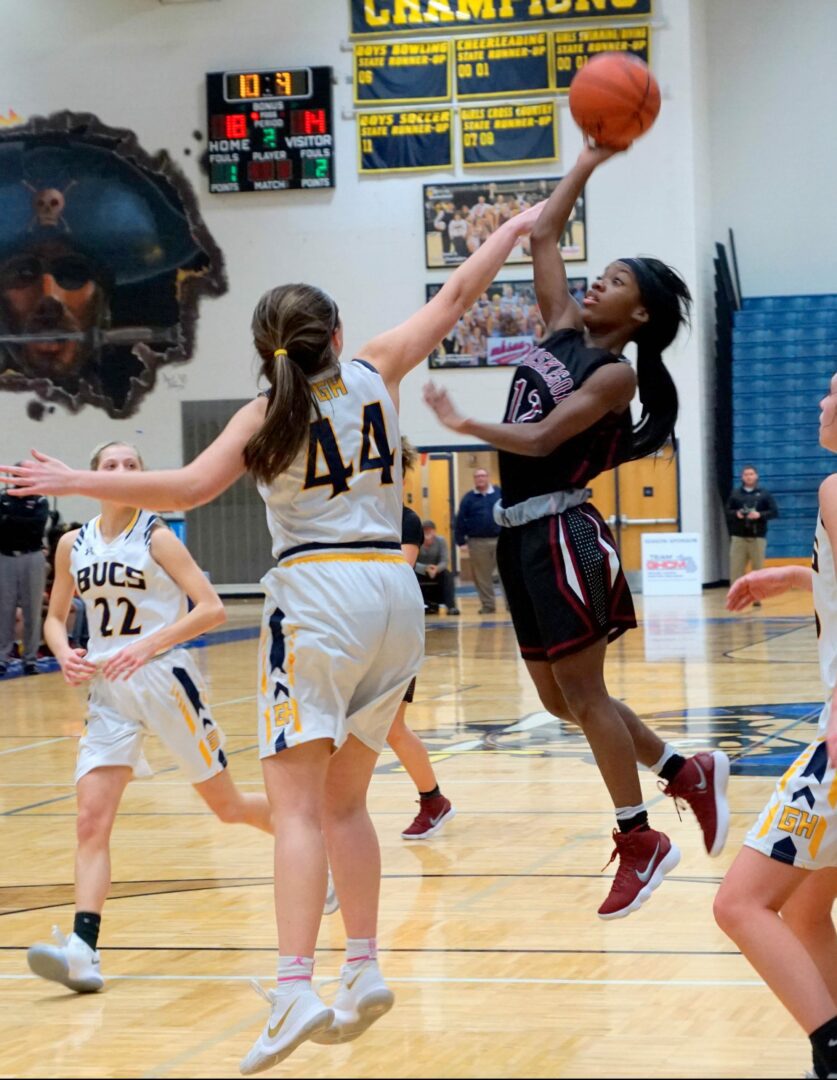 Brianna Alexander drives in the paint for the shot over Grand Haven’s Maggie Long. Photo/Leo Valdez 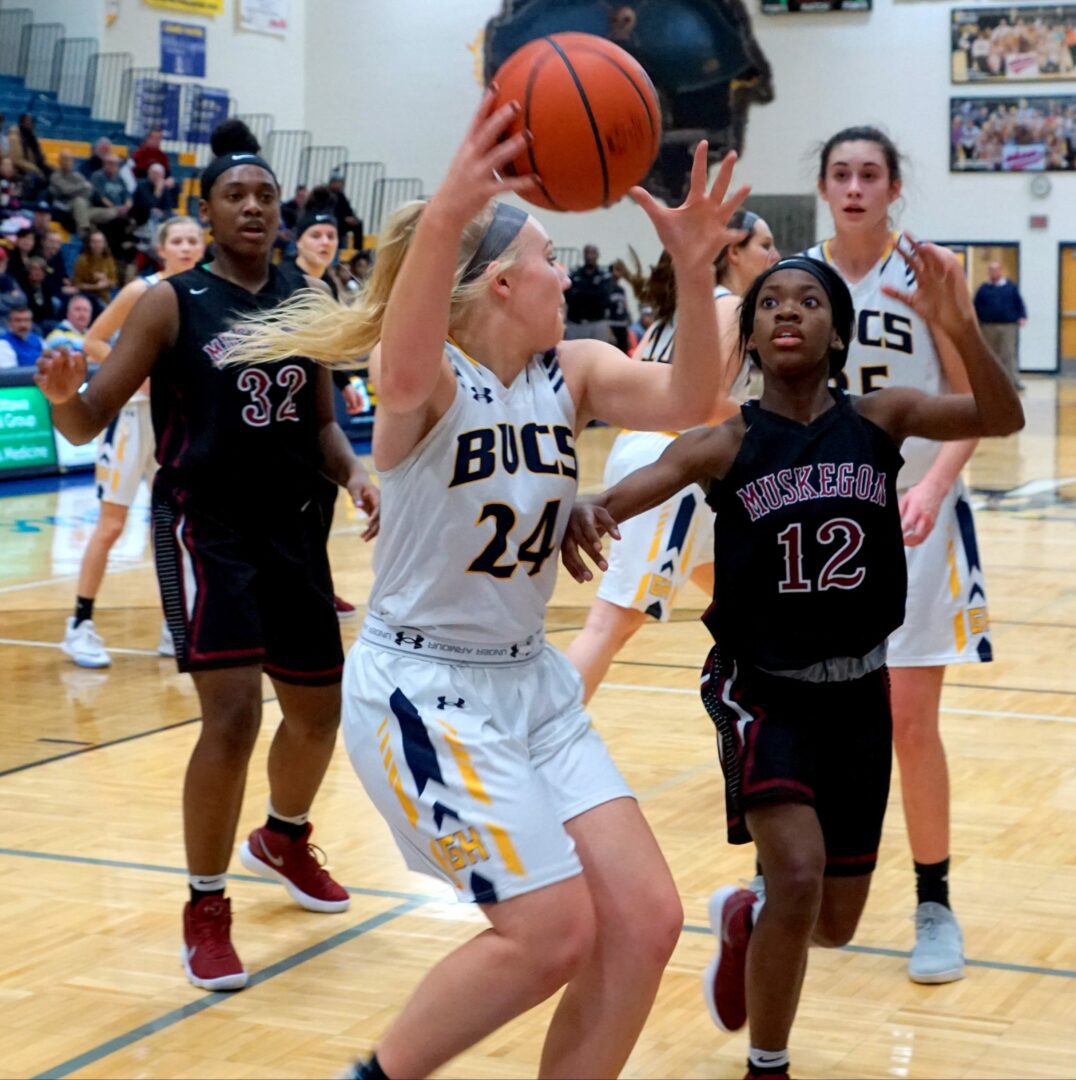 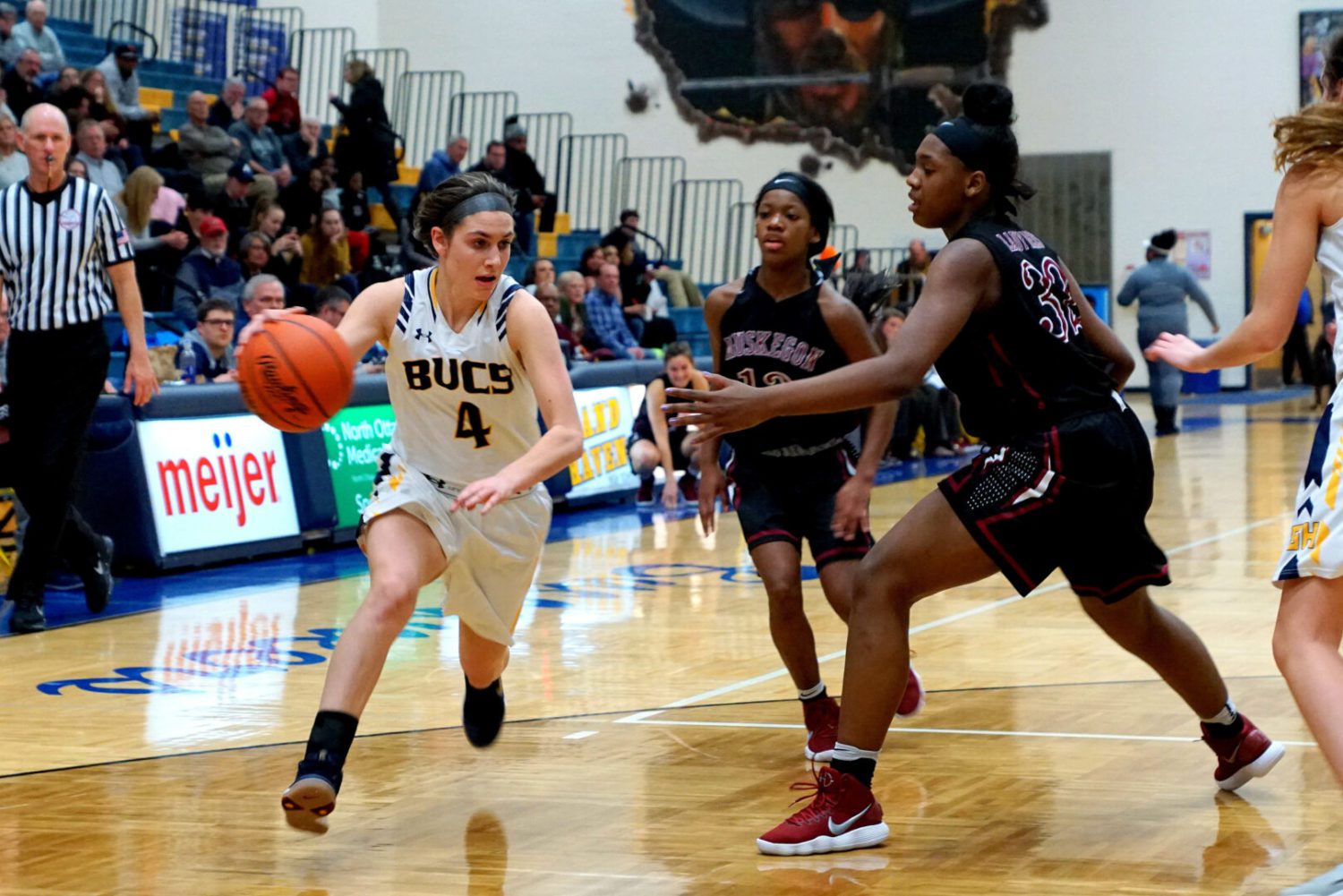 Alli Keyser looks to drive past the Muskegon defensive effort led by No. 32 Diynasti Dowell and No. 12 Brianna Alexander. Photo/Leo Valdez 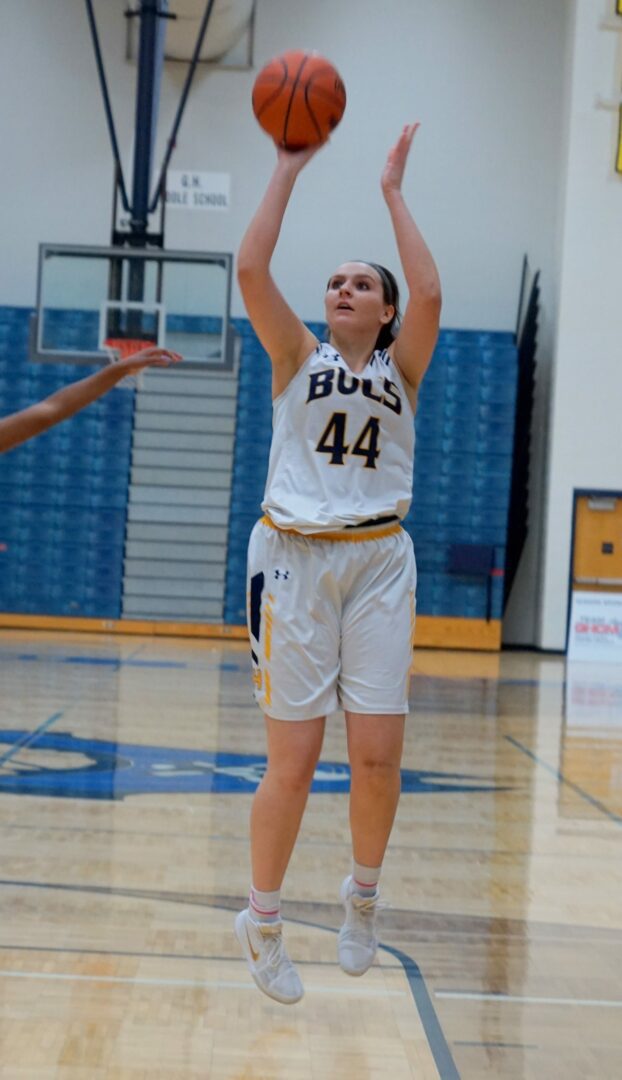 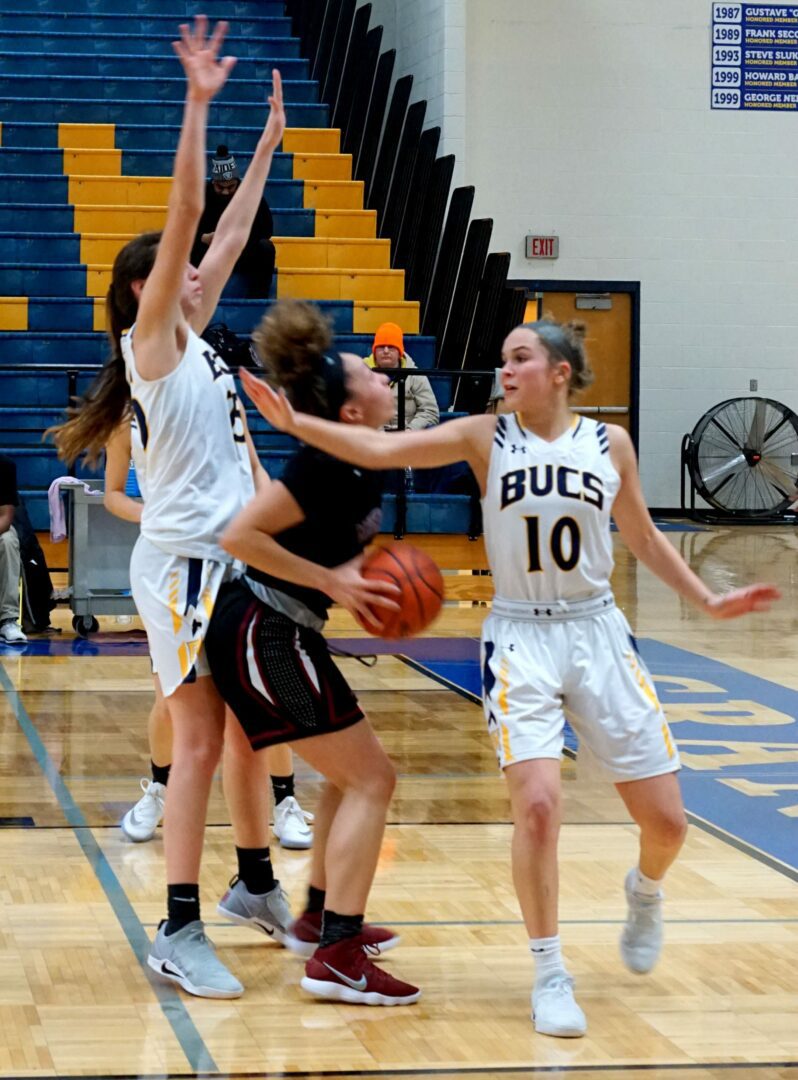 Alyza Winston looks to get the shot past Grand Haven’s No. 10 Dahlia Jerovsek and Sophie Mariani. Photo/Leo Valdez 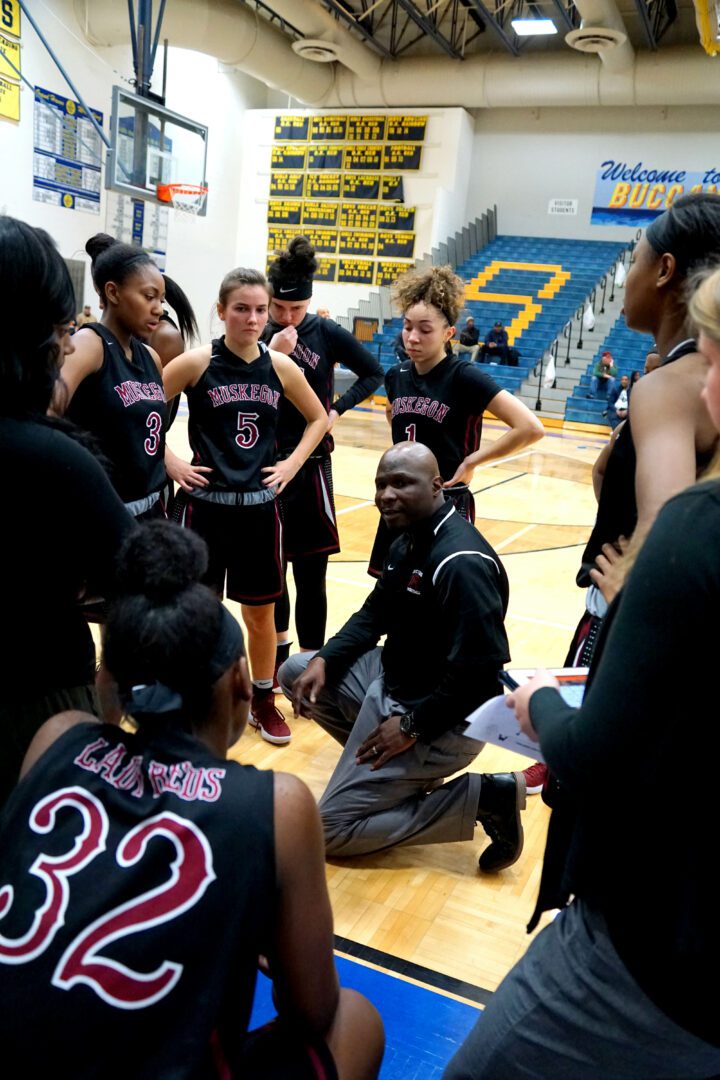 Muskegon Coach Rodney Walker talks with his team during a time out. Photo/Leo Valdez

WMC girls use balanced scoring to down Kelloggsville 47-30