Conference, thanks to a nearly perfect first quarter on Thursday.

The Norse traveled to Oakridge and outscored the Eagles by 14 points in the first eight minutes, then cruised to a 58-39 victory.

First-place North Muskegon improved to 9-2 overall and 8-0 in conference play.

“They have a good team and they played right with us after the first quarter,” said North Muskegon Coach Chuck Rypstra. “For the most part we took good shots and we played good defense.”

Norse standout guard TJ McKenzie scored his team’s first seven points and totaled 12 in the first quarter. That allowed the visitors to take a 26-12 lead at the first buzzer, which gave them all the cushion they needed.

Both teams went cold offensively after that, combining for 15 points in the second quarter. The Norse took a 34-19 lead into halftime, after McKenzie’s dunk attempt with 12 seconds left hit the back of the rim, bounced up and dropped in.

“That was the luckiest thing ever,” said McKenzie, who finished with a game-high 17 points. “I’m glad it went in. We just couldn’t get shots to drop.”

Oakridge tried to make a run in the third quarter. Peyton Young scored six points to help cut the lead to 40-30, but Eric Rypstra’s 3-pointer pushed the Norse lead to 45-32 heading to the fourth.

North Muskegon sealed up the victory with a 13-7 edge down the stretch.

The Norse did not light up the scoreboard after the first quarter, scoring only 32 points after that. But their defense took care of matters, holding Oakridge to 27 points over the final three quarters.

Oakridge dropped to 3-8 on the season. Tanner Karel led the Eagles with nine points while Young had seven rebounds. 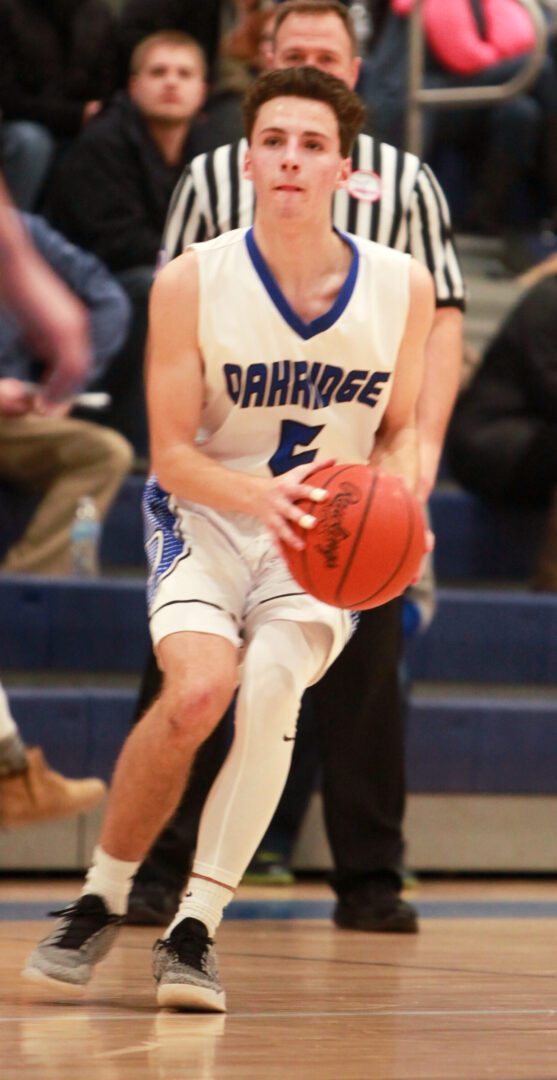 Tanner Karel gets read to take a shot for Oakridge. Photo/Jason Goorman 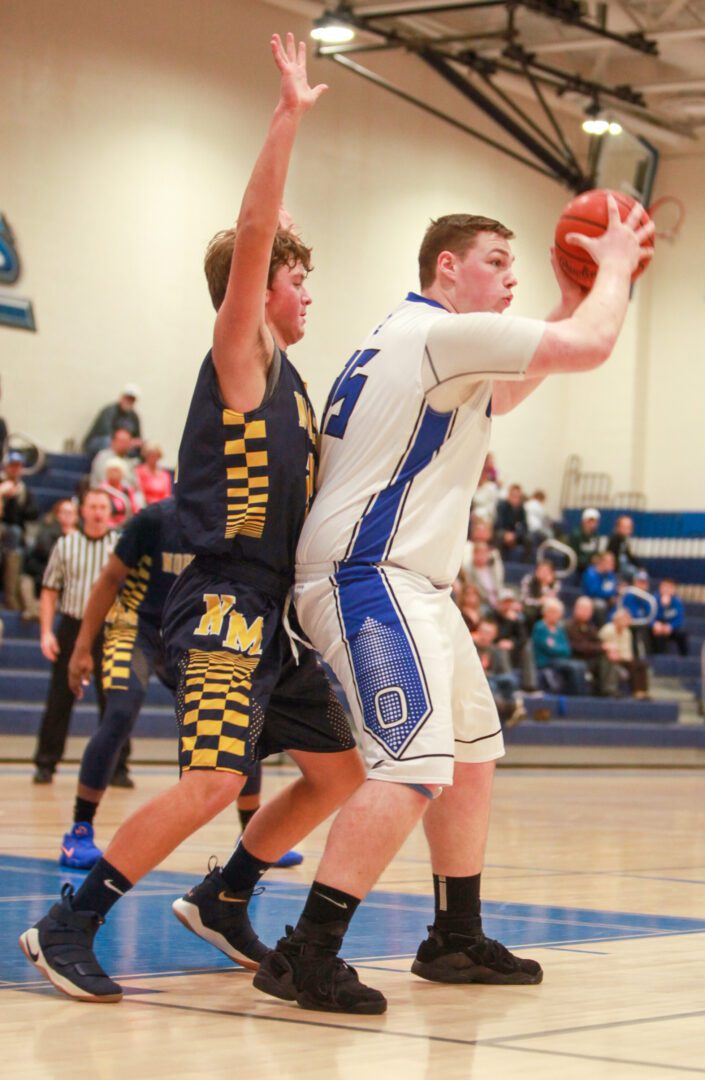 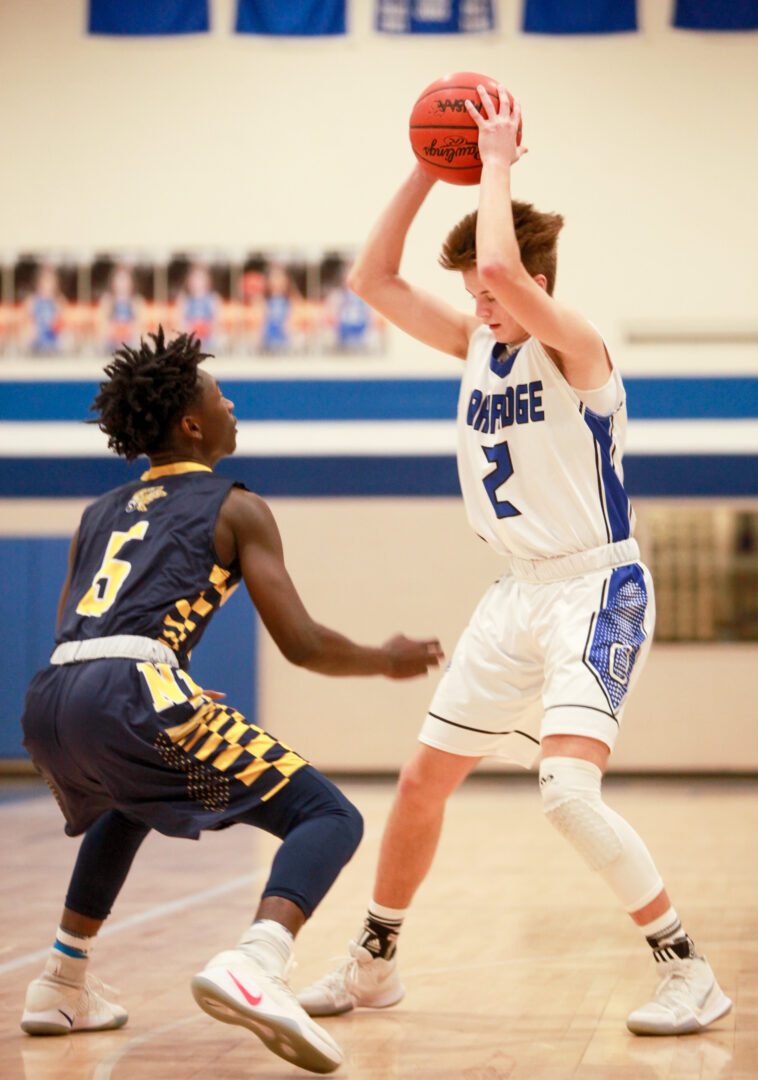 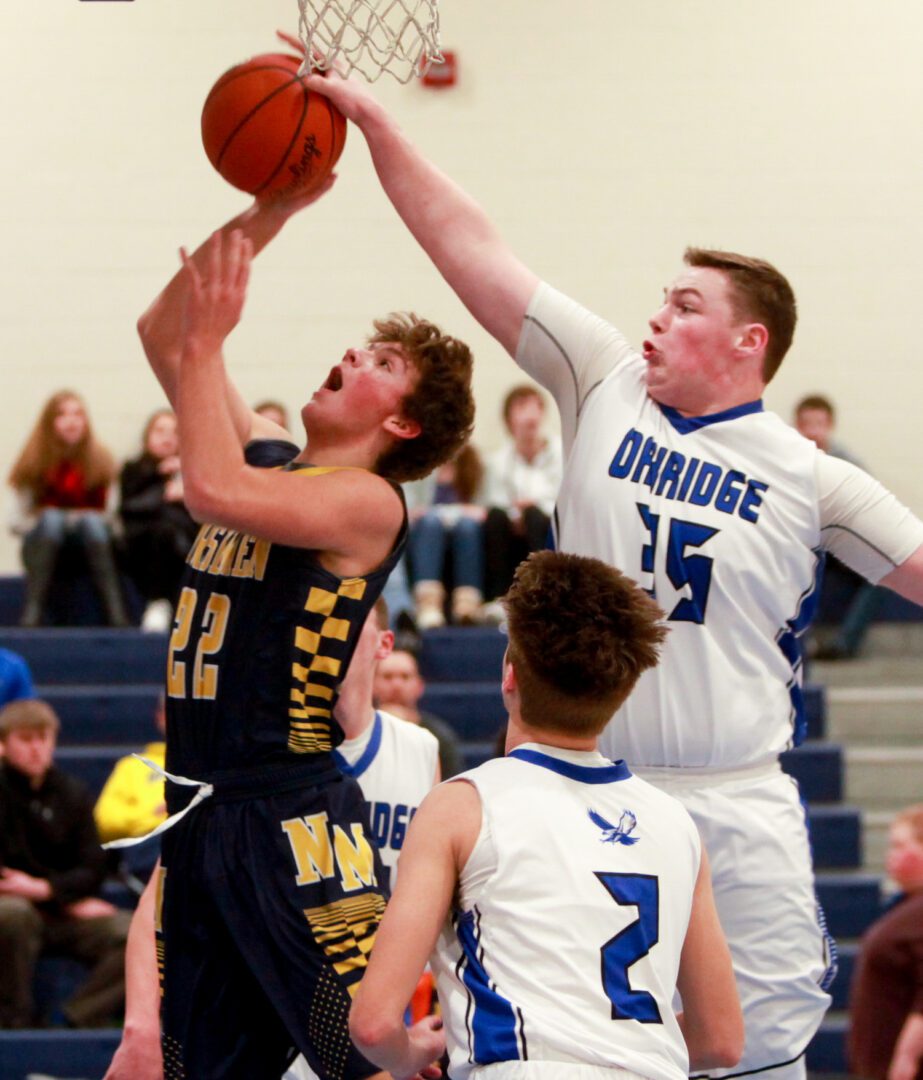 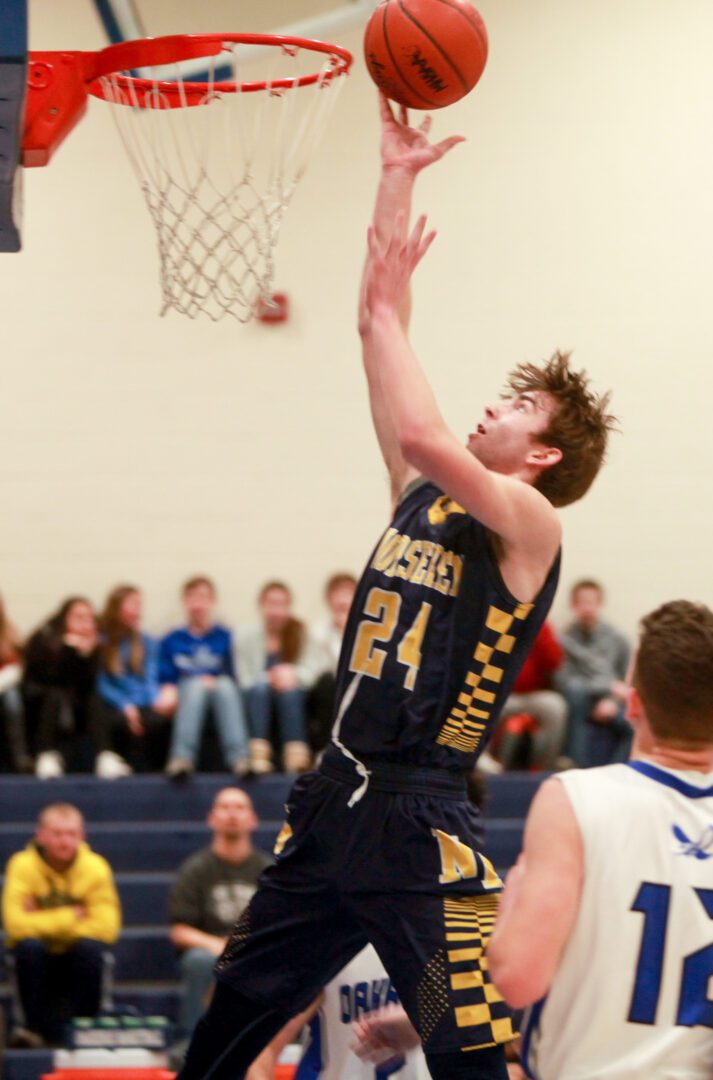 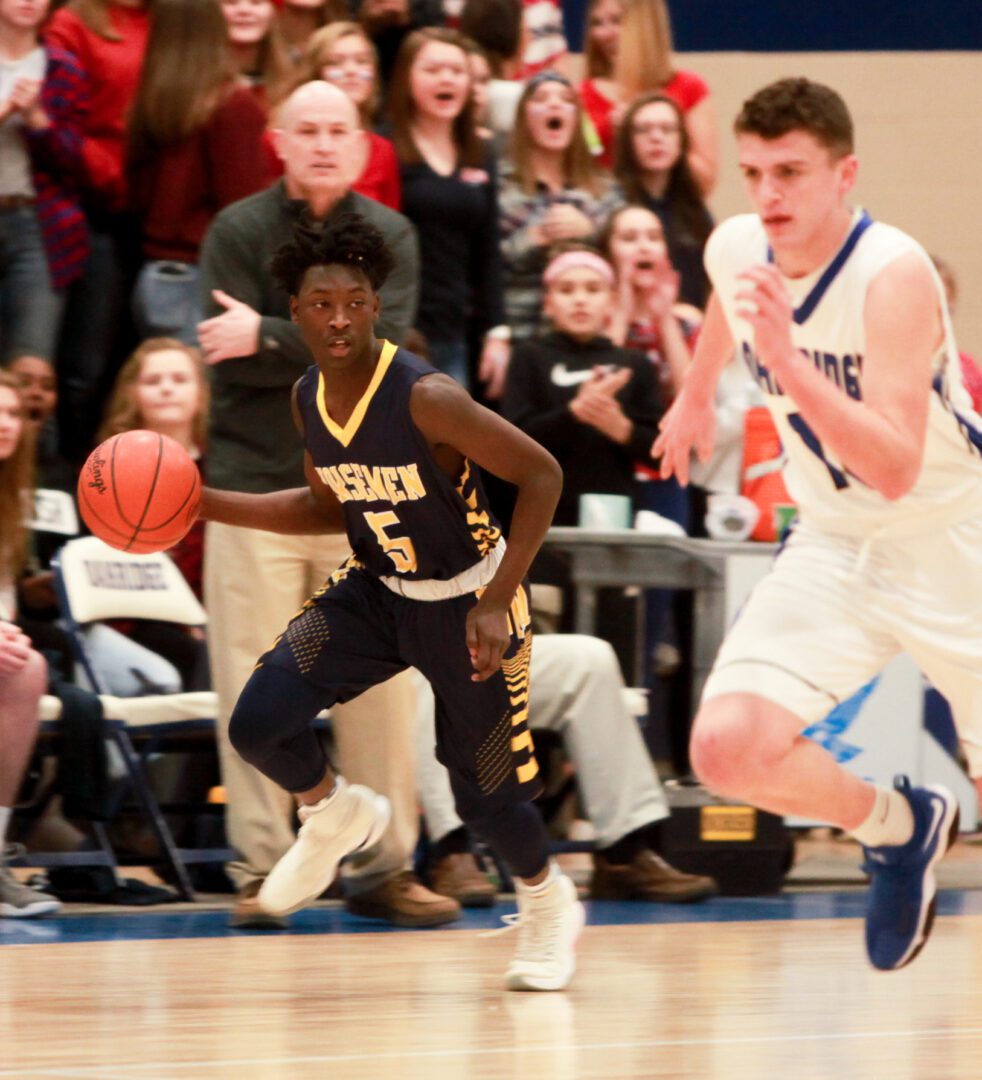 De’Shary Warren pushes the ball up the floor for North Muskegon. Photo/Jason Goorman 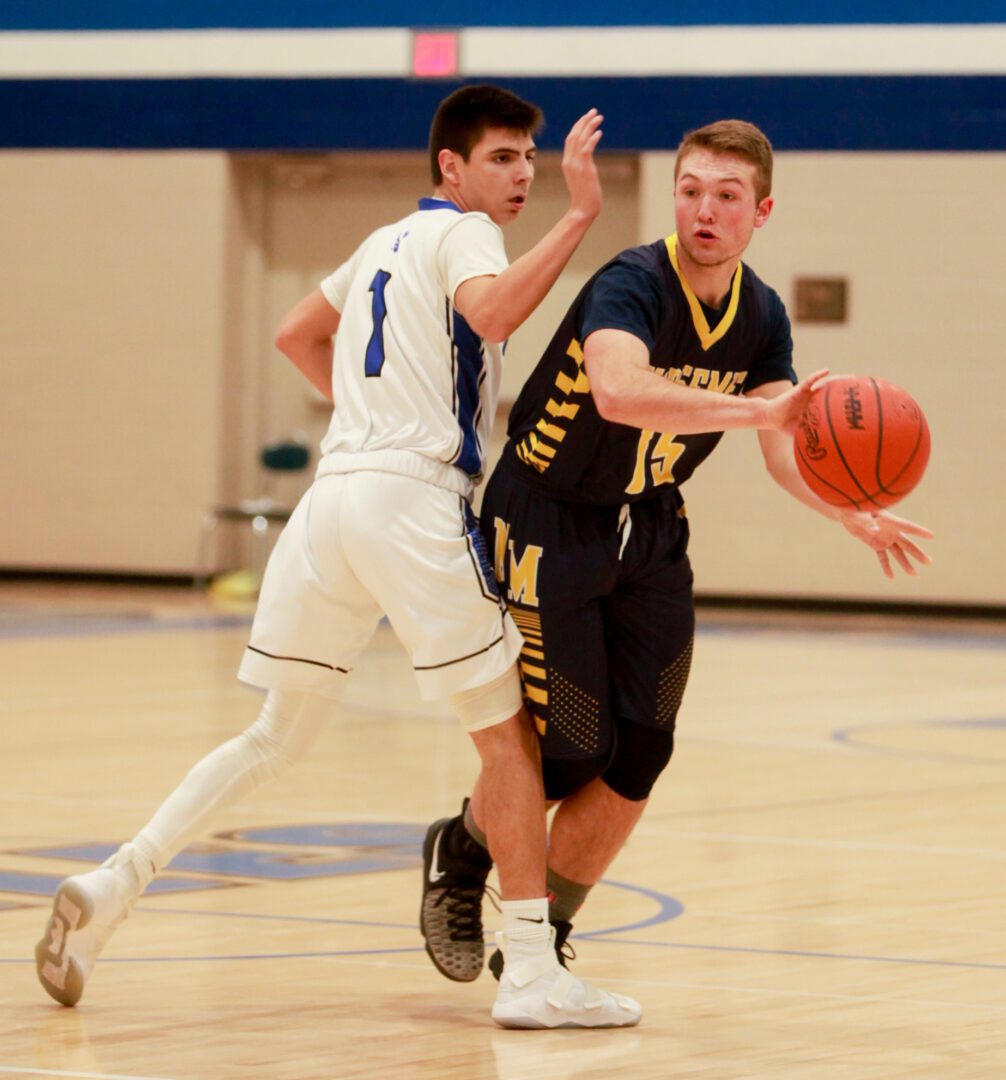 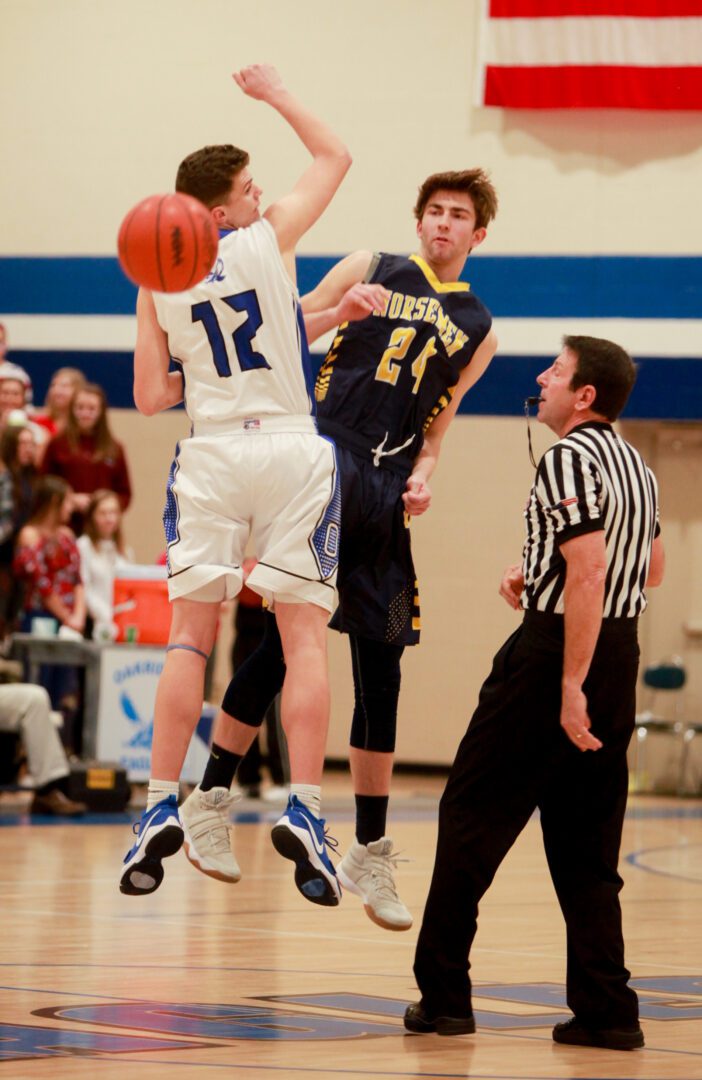 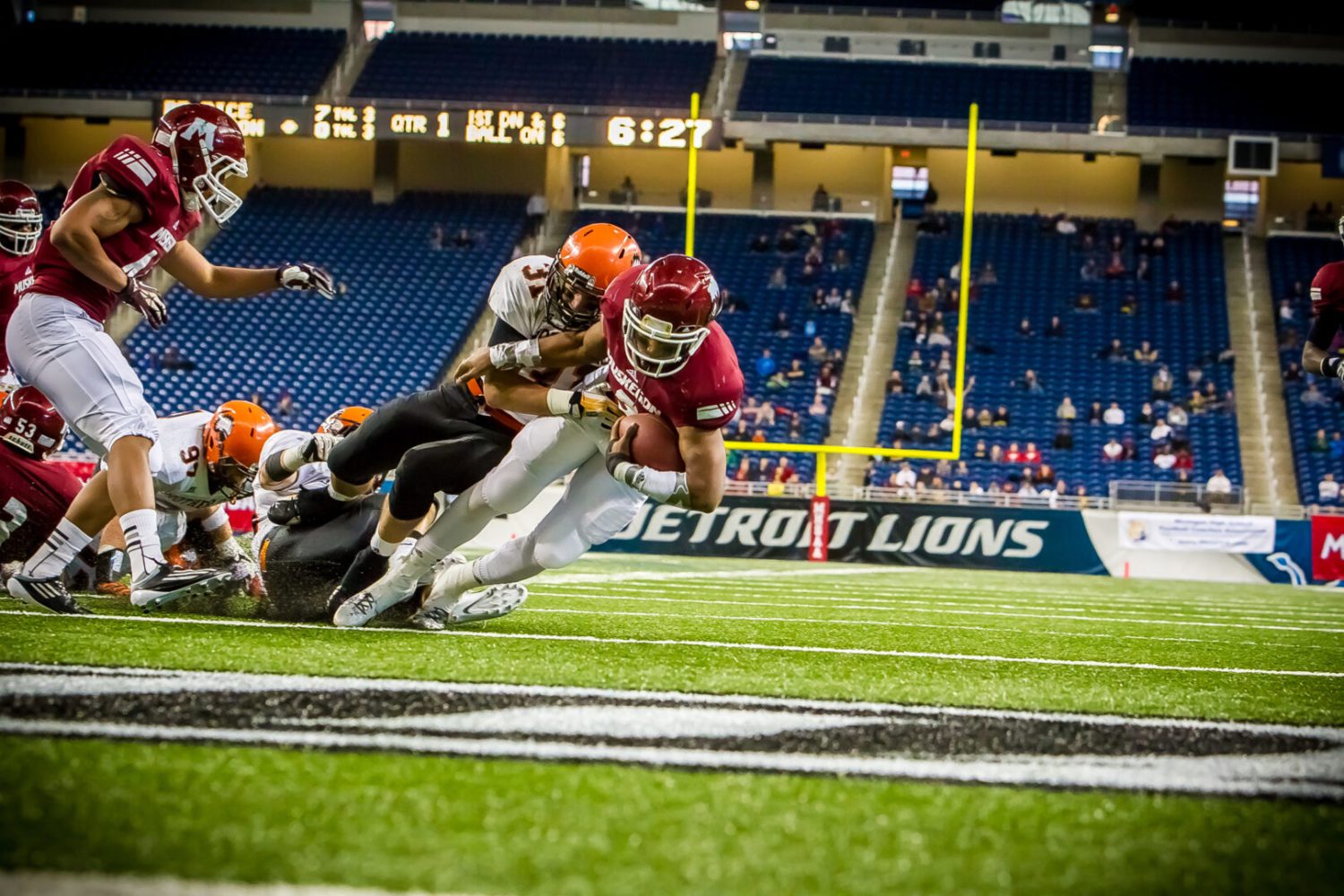