The standout senior center made sure his team was in full control, scoring the first 15 points of the third quarter to propel the Vikings to a surprisingly easy 55-28 victory over the Wildcats in West Michigan Conference action.

After putting up most of his third-quarter points in the paint, Rave moved outside and hit two 3-pointers that gave Whitehall a decisive 43-24 heading into the final period. 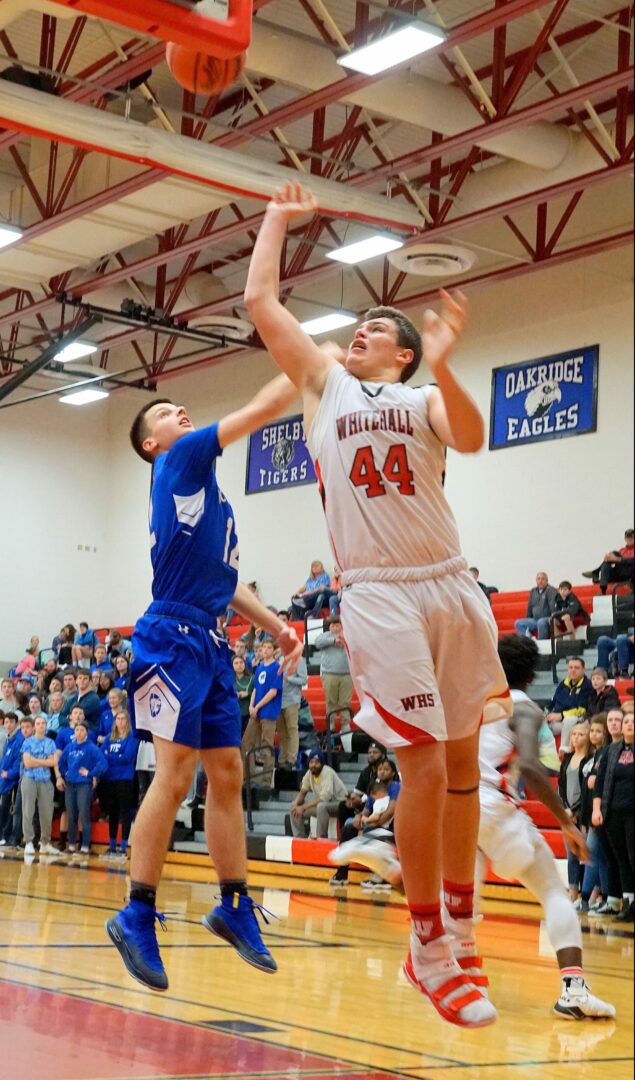 Rake ended up having a huge night, totaling 25 points and 15 rebounds.

“We knew their big guys were in some foul trouble, so I tried to go at them (in the second half),” Rake said. “And when I was able to get an open shot, I took them.”

Rake wasn’t the only Viking player to go on a scoring spree in the game.

That nine point lead held for the first few minutes of the third quarter, until Rake went on an 11-0 run to give his team a 41-21 lead with 1:40 left in the quarter.

The Vikings helped their own cause by killing the Wildcats on the boards, 51-27.

Learman finished with 16 points and eight rebounds and Terrell Harris had six assists for Whitehall, which improved to 6-1 overall on the season and 4-1 in the conference.

Montague fell to 4-3 on the season and 2-3 in conference play. The Wildcats were led by Sebastian Archer with eight points and four assists. 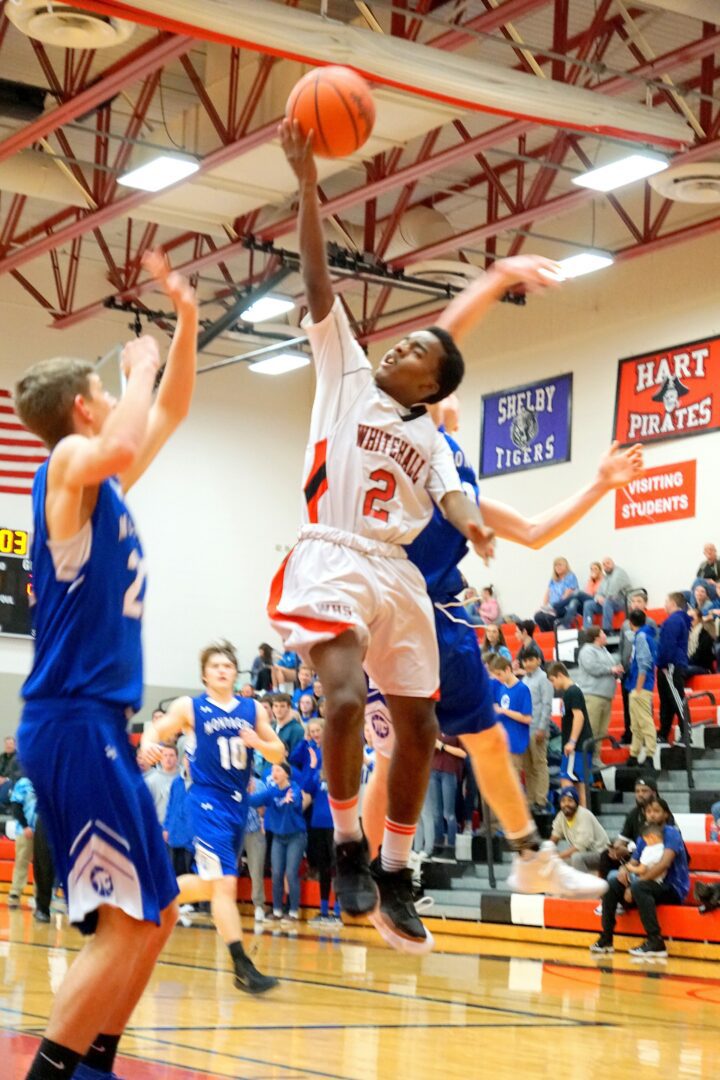 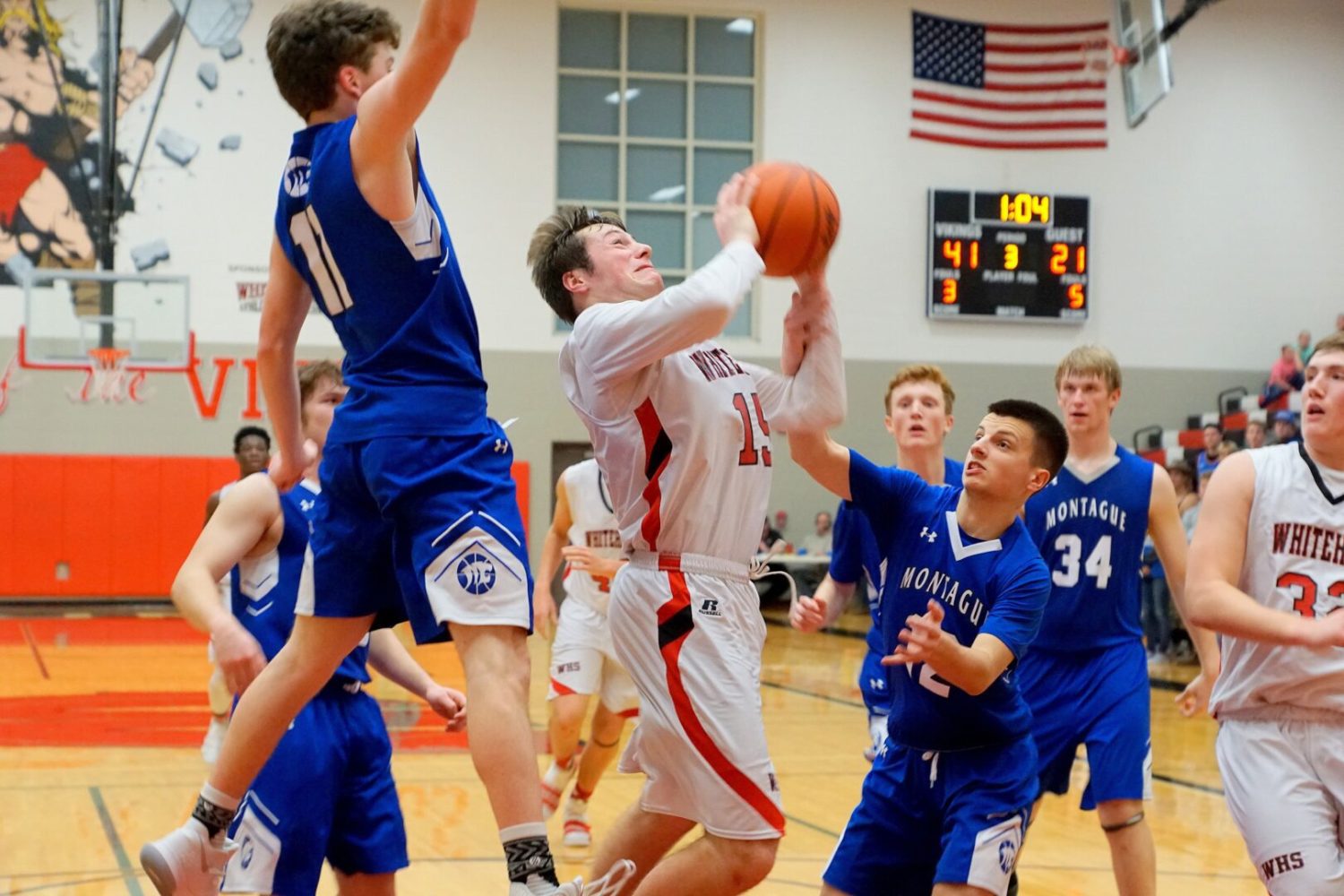 Jack MacArthur slashes through the lane with Montague’s Peyton Burton picking up the foul on the play. Photo/Leo Valdez 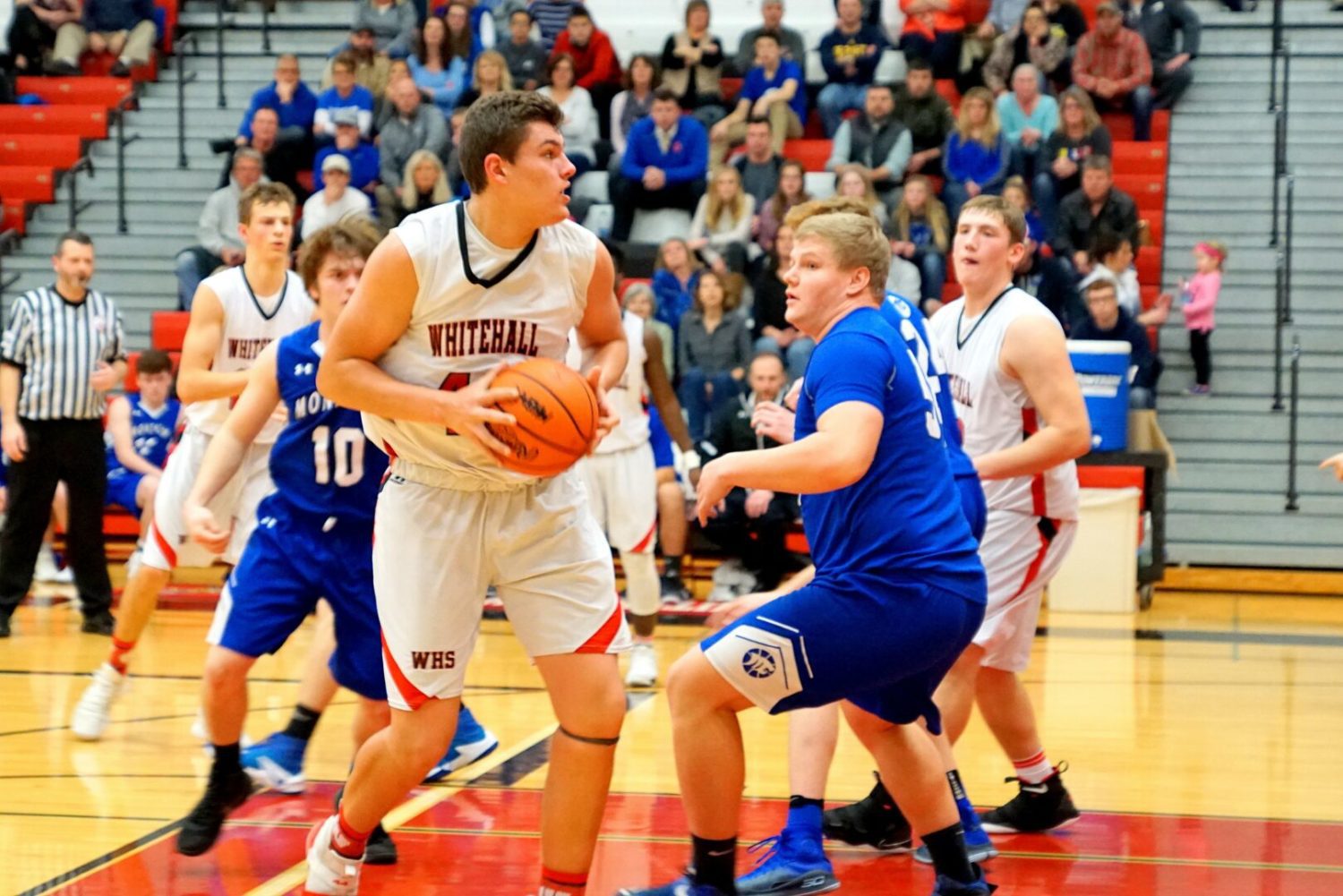 Rake looks to score in the paint in a game against rival Montague. Photo/Leo Valdez