MUSKEGON – High school sports are a very big deal to a lot of people in the Muskegon area.

Gene Young had a lot to do with that.

He also played a pivotal role in the development of the Muskegon Area Sports Hall of Fame, which honors and records the achievements of hundreds of local athletes who played on area fields and courts over the decades.

Young was known to thousands as a loyal supporter and promoter of area athletes and teams, a familiar radio voice who brought the games into our living rooms, and a selfless friend and volunteer. 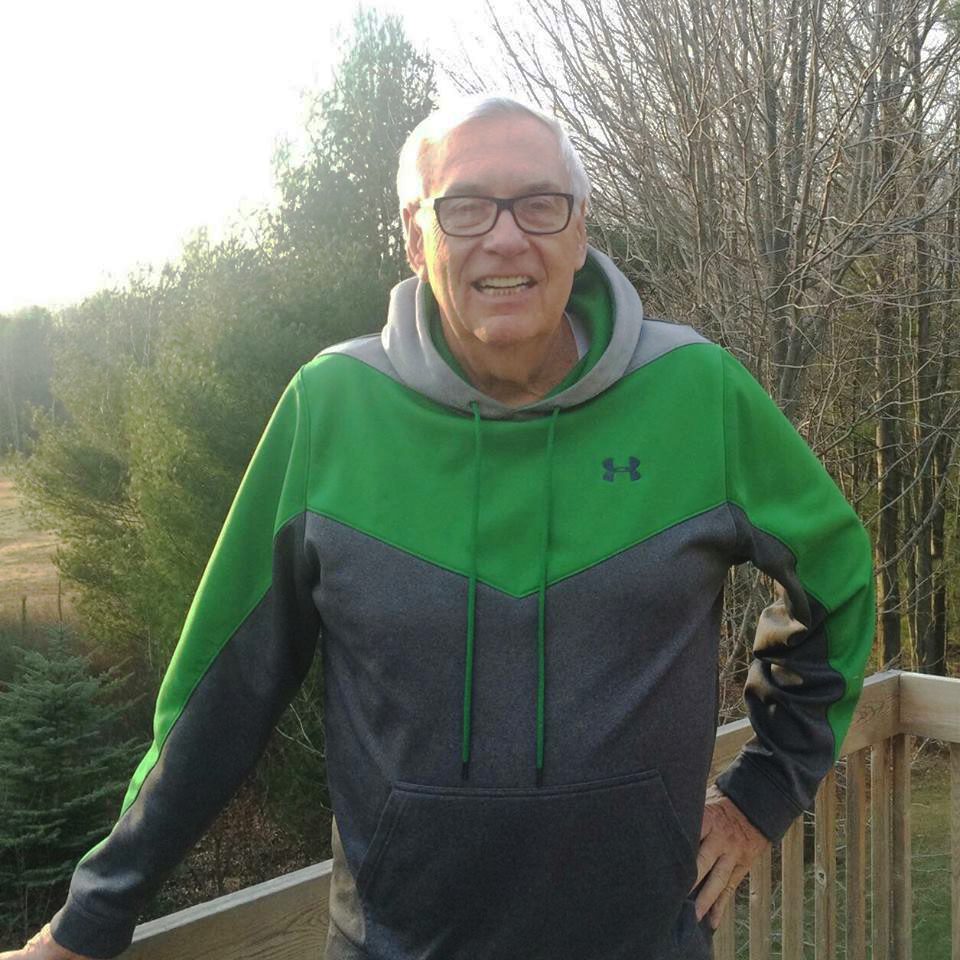 That’s why so many people were saddened to hear that Young, 76, passed away on Tuesday following a short illness.

“Gene Young was a giant, literally and figuratively,” said Tom Kendra, a former Muskegon Chronicle sports editor who worked with Young on the Hall of Fame board and in the radio broadcast booth.

“He had an impact in so many areas. Just his unselfishness. He was always looking for whatever he could to help people out. He was one of the biggest influences in my life. It’s a sad day for Muskegon.”

Young was born in 1941 in Davenport Iowa and moved to Muskegon Heights with his family at a young age.

He graduated from Muskegon Heights High School in 1959, after excelling in varsity basketball and baseball.

Young returned to the Muskegon area after college to begin his career as an educator. He taught and coached in the Reeths-Puffer school district before becoming the community education director at Fruitport Community Schools.Young played a key role in rebuilding Fruitport’s athletic program after it was cancelled in the late 70s due to budget constraints. 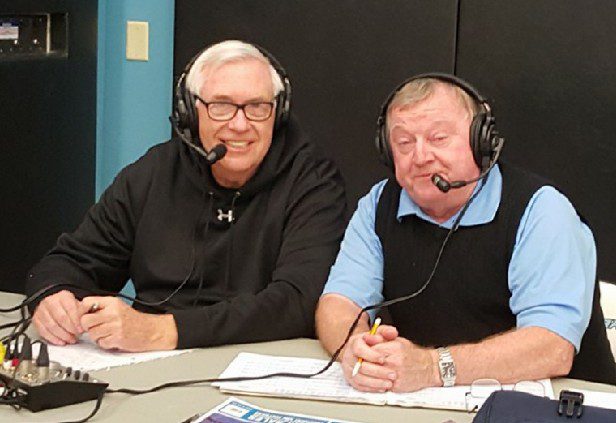 Young was probably best known to the public through his career as a color commentator on local high school sports radio broadcasts.

He had a longtime partnership in the radio booth with friend and colleague Jim Moyes, from 1978 until Moyes’ retirement in 2010.

Young continued to broadcast games with Clear Channel Radio through the fall, when he was able to overcome his health concerns and cover four games.

Moyes recalls the late 1960s, when he was working as a high school sports broadcaster in Traverse City, and had to travel to Muskegon for a boys basketball district championship game.

He invited Young to call the game with him, and later asked him to join him for basketball broadcasts on a full-time basis, when Moyes returned to his native Muskegon in the 1970s. 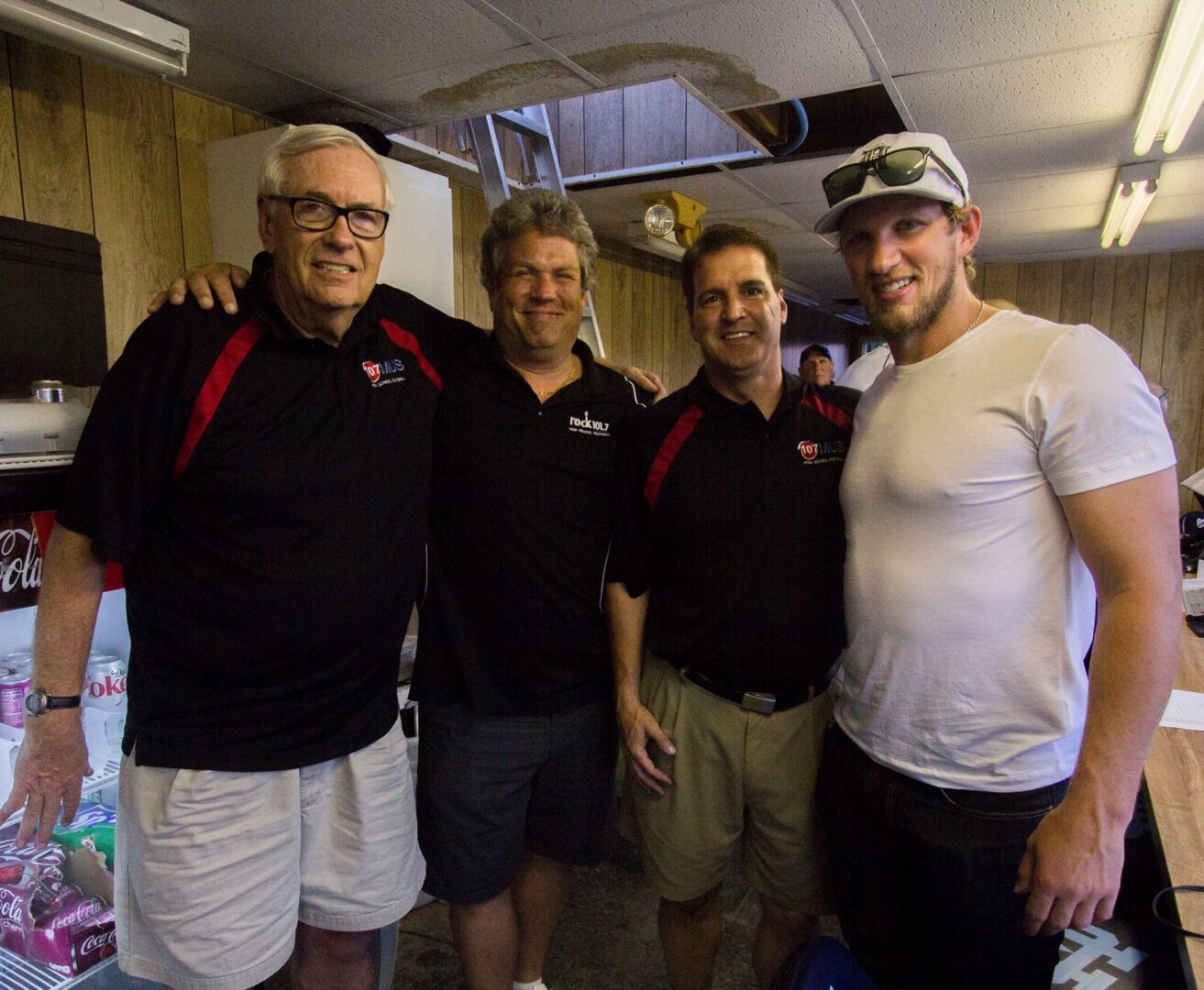 “Gene had a great passion for high school sports and truly loved his work,” Moyes said. “He was constantly assisting our local athletes, especially the inner-city kids who needed help both spiritually and financially to earn college scholarships.

“I will always cherish the hundreds of games we called in the booth, and the thousands of miles we spent traveling to these contests. Gene could talk non-stop all the way to and fro.

“I cannot ever recall a phone conversation we had over those precious years that lasted less than 15 minutes.”

Perhaps Young’s greatest professional legacy will be his contributions as the longtime president of the Muskegon Area Sports Hall of Fame board.

He took over the position in 1994, following the death of the Hall’s original president, Dick Hedges.

The Muskegon Area Sports Hall of Fame has hundreds of inductees. One of the highlights of the area sports calendar every year is the Hall of Fame’s induction banquet in the spring.

“There’s nothing better than saying you’re a Hall of Famer,” Kendra said. “Gene always looked forward to calling people to tell them they would be inducted.

“He was the heart and soul of the Muskegon Area Sports Hall of Fame, and it’s going to be a big challenge for all of us to move forward, but it’s what he wants us to do.”

The visitation will be Friday from 5-8 p.m. at Sytsema Funeral Home’s Walburn Chaple (1547 W. Sherman Blvd).

The funeral will be Saturday at 1 p.m.at First Evangelical Lutheran Church in North Muskegon.

Neely has a nice night at the plate, but Mona Shores drops two to Kenowa Hills