MUSKEGON – On paper, the Muskegon boys basketball team was a solid favorite to get an easy win over Reeths-Puffer on Friday.

But games are not played on paper.

The Big Reds, who remain undefeated in O-K Black Conference play, survived a late Rocket comeback and escaped with a 66-56 victory at Reeths-Puffer.

The Big Reds led by as many as 21 points in the third quarter, but the Rockets didn’t go down easily. Reeths-Puffer trimmed the lead to eight points on multiple occasions, but couldn’t quite finish the deal.

“We weren’t ready to play,” said Big Reds head coach Keith Guy. “I’ve got to do a better job at getting us ready to play. (Reeths-Puffer coach) Lance Johnson had his guys ready and they played well.”

Muskegon counterpunched with a 29-5 run lasting until midway through the third quarter, and grabbed a seemingly-safe 39-20 lead.

“If we play that way the entire time it’s a different ball game,” Guy said of the spurt. “We didn’t play with a lot of intensity. We played unfocused. It was just a bad performance.”

The Rockets used a balanced attack to cut into their deficit, drawing within eight points with under two minutes to play.

Muskegon made just 6 of 10 free throws in the final two minutes, but it was enough to close out the win.

“We’ve improved lately, but tonight we reverted back to our old ways,” Guy said about his team’s free-throw shooting.

“I think we came in thinking we blew them out the first time, so we thought it was going to be the same this time,” said Muskegon junior guard Eonte Tornes. “We told ourselves (at halftime) that we were going to attack the zone and not settle for a lot of shots in the second half.”

The game was slowed by a large number of fouls on each side. Muskegon was in the bonus before the end of the first quarter. 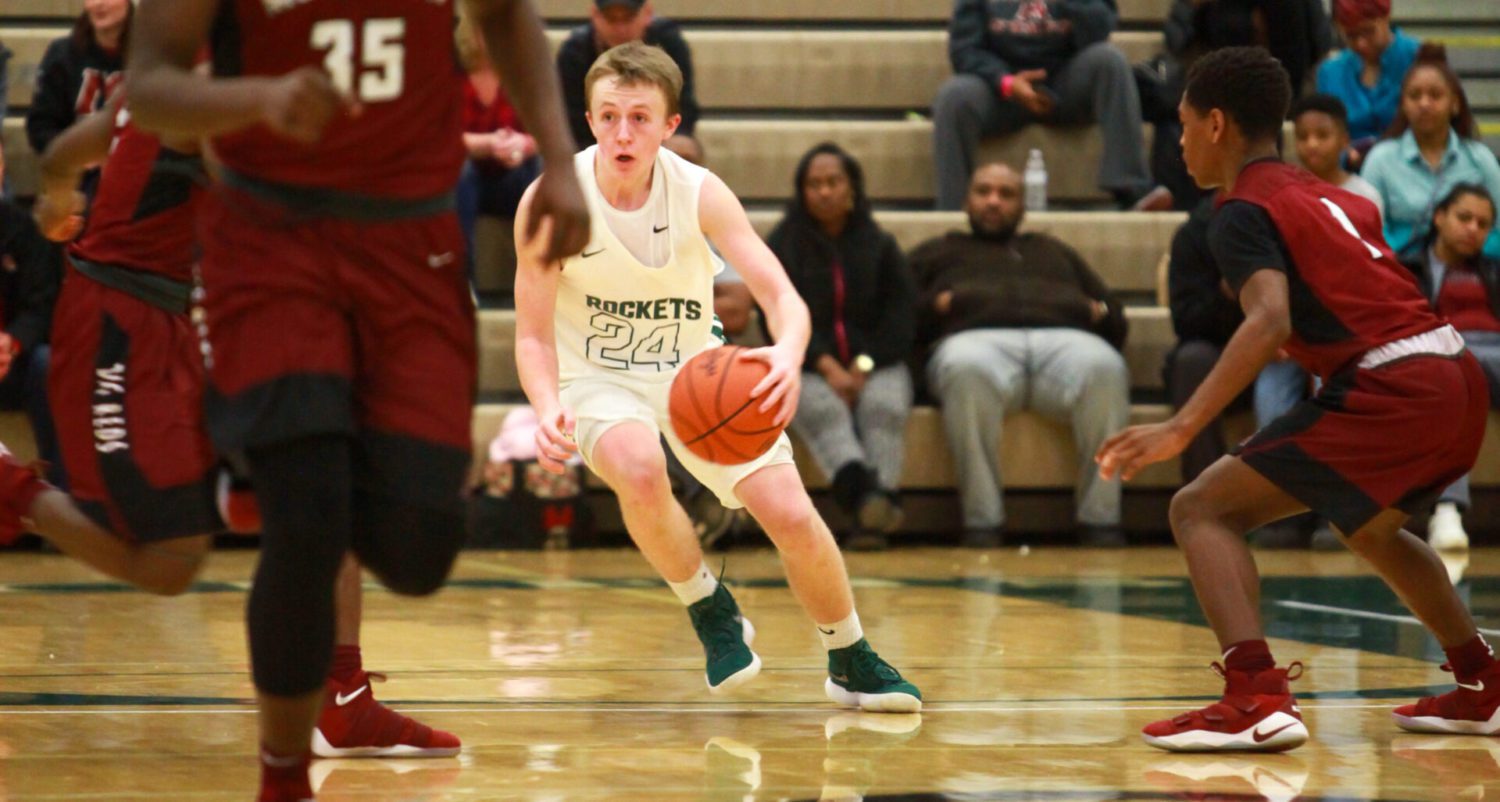 Kaleb Mitchelson brings the ball up the floor for Reeths-Puffer. Photo/Jason Goorman 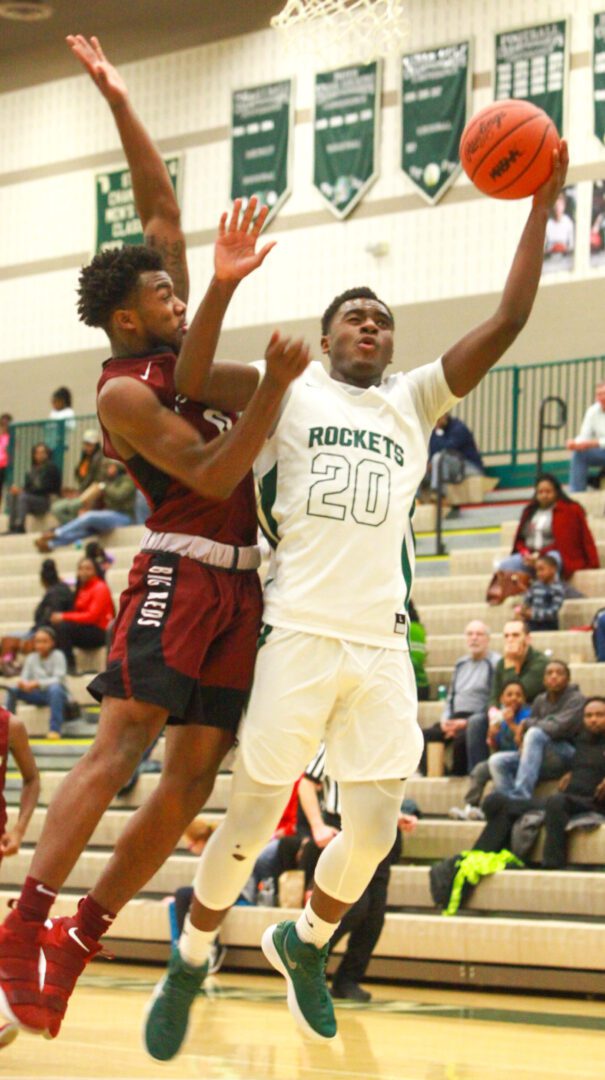 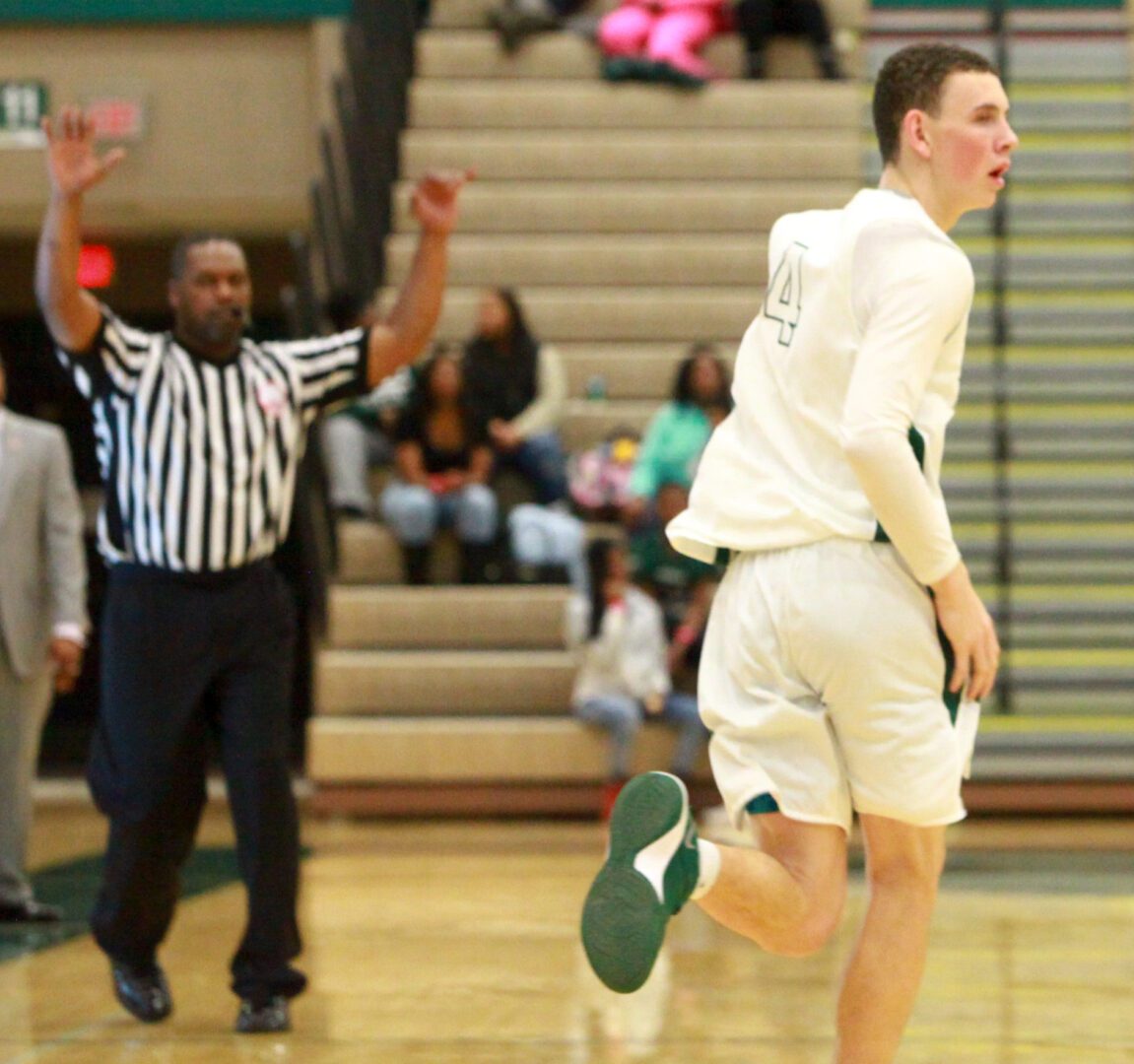 Josh Jordan runs back on defense after hitting the 3-pointer for Reeths-Puffer. Photo/Jason Goorman 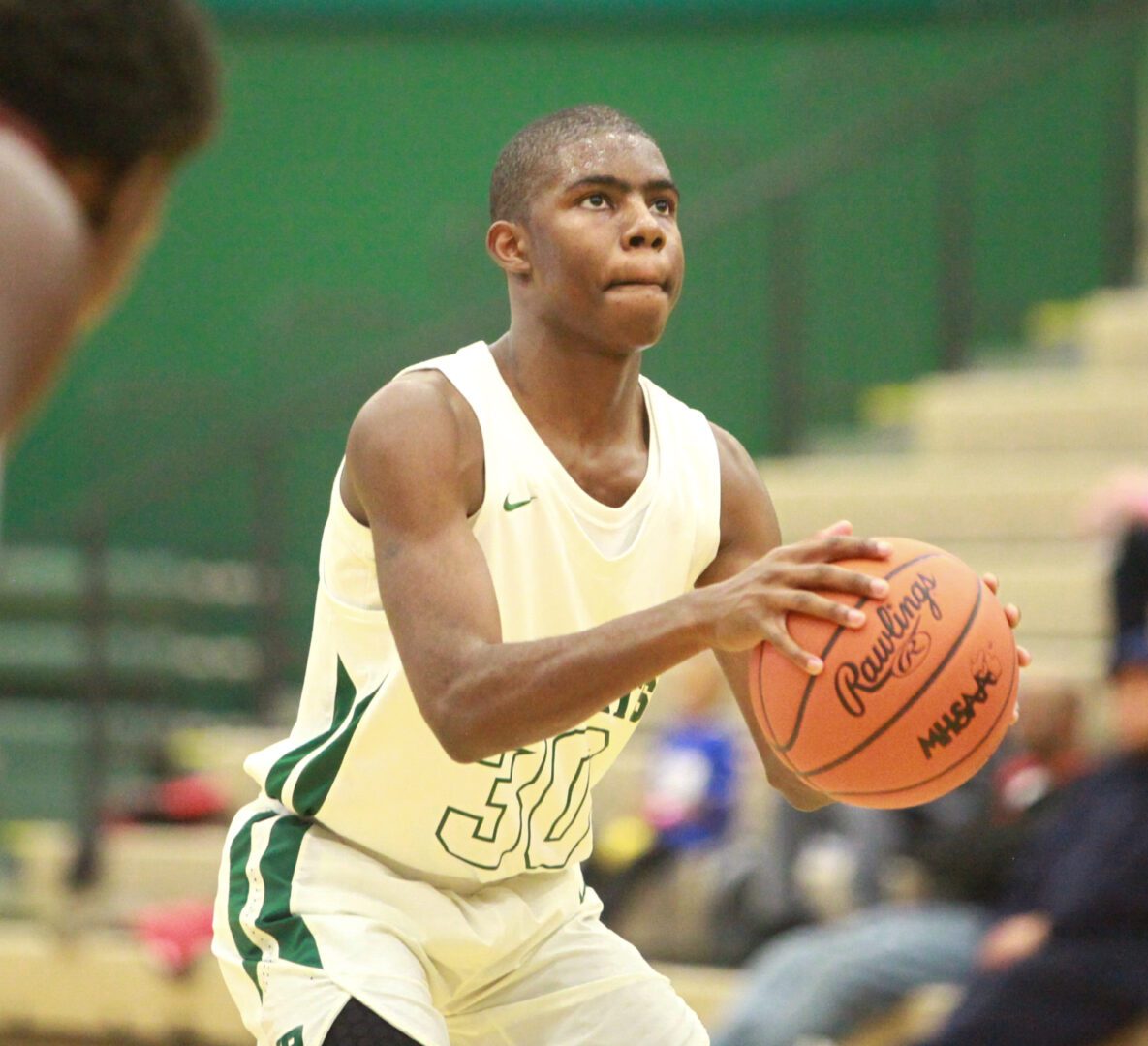 Emcee Williams gets set at the free throw line for the Rockets. Photo/Jason Goorman 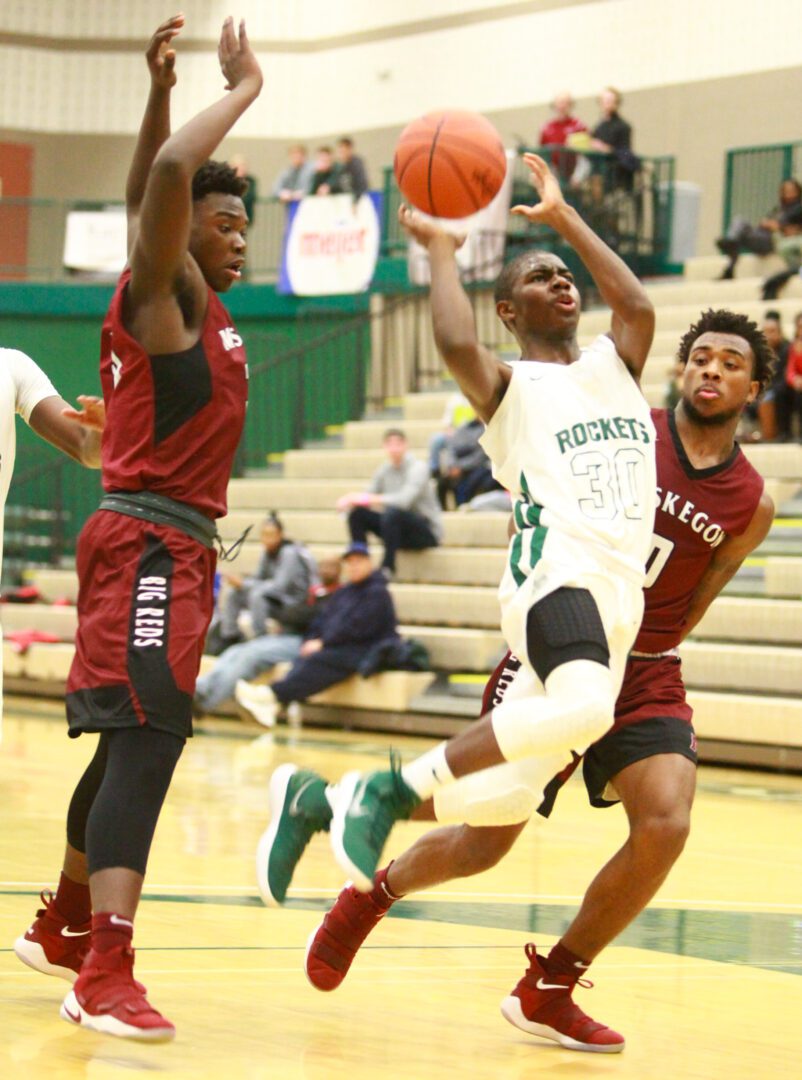