Even if they’re losing their match, he tells them to keep fighting and working, because anything could happen. 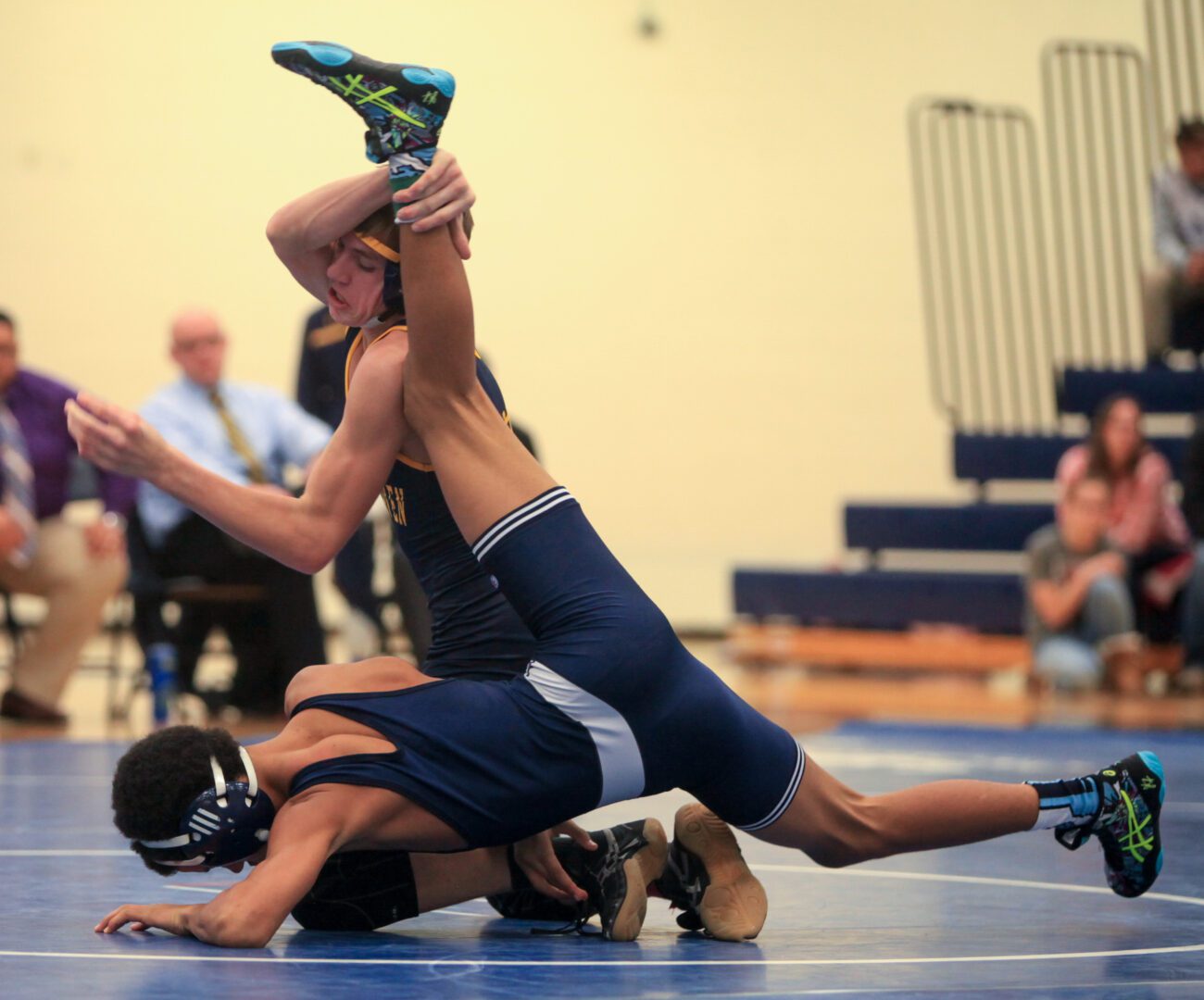 It appears that the Buccaneer wrestlers are starting to get the message.

That was evident on Wednesday, when five Grand Haven wrestlers came from behind to win their matches, allowing the Bucs to claim a decisive 58-18 victory over Mona Shores in the championship match of the Division 1 district team tournament in the Sailors’ home gym.

Grand Haven now advances to next week’s Division 1 regional tournament in its home gym. The champion of that tournament will advance to the state quarterfinals.

“That’s what happens when you give yourself an opportunity,” Gervais said after his team claimed the district championship trophy. “We preach at them to wrestle the entire time, and they are starting to do that at the right time.

“If you have the right mindset, that’s the best part about our sport – you can be down by 14 and still find a way to win.” 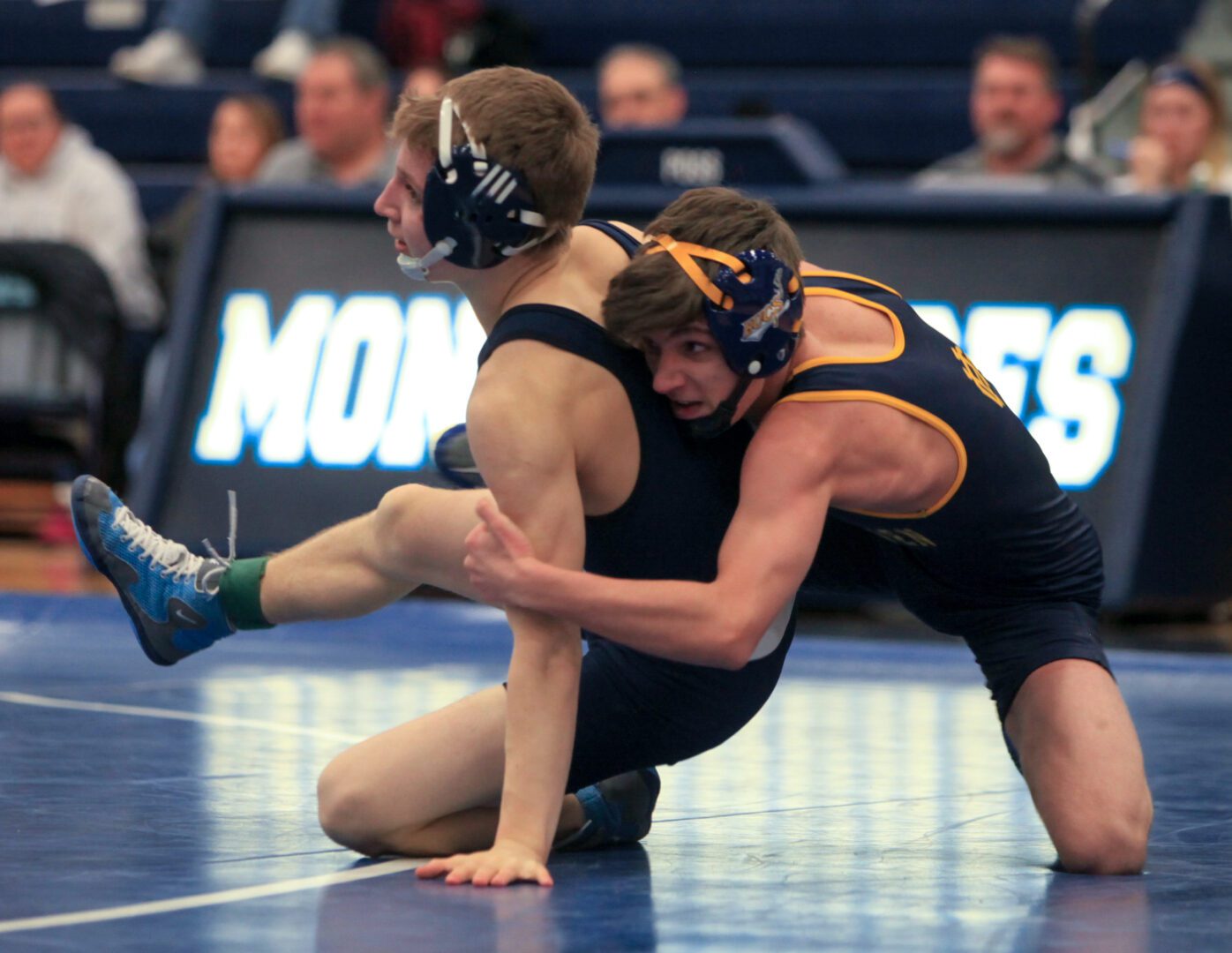 Grand Haven is only 7-10 on the season in dual matches, but Gervais said his team is starting to peak when it matters the most, in the postseason.

“It’s been kind of fun watching a young team mature as the season progresses,” the coach said.

The Bucs started the night out strong, dominating Holland West Ottawa 61-16 in the semifinals, to advance to the championship round.

Mona Shores advanced to the finals with a first-round bye.

The championship match could have gone either way if the Grand Haven wrestlers weren’t so determined.

The most exciting Grand Haven comeback of the night was pulled off by sophomore Riley Rhone, who trailed Mona Shores’ Anthony Gaiser 9-2 in the third and final period of the 112-pound match. 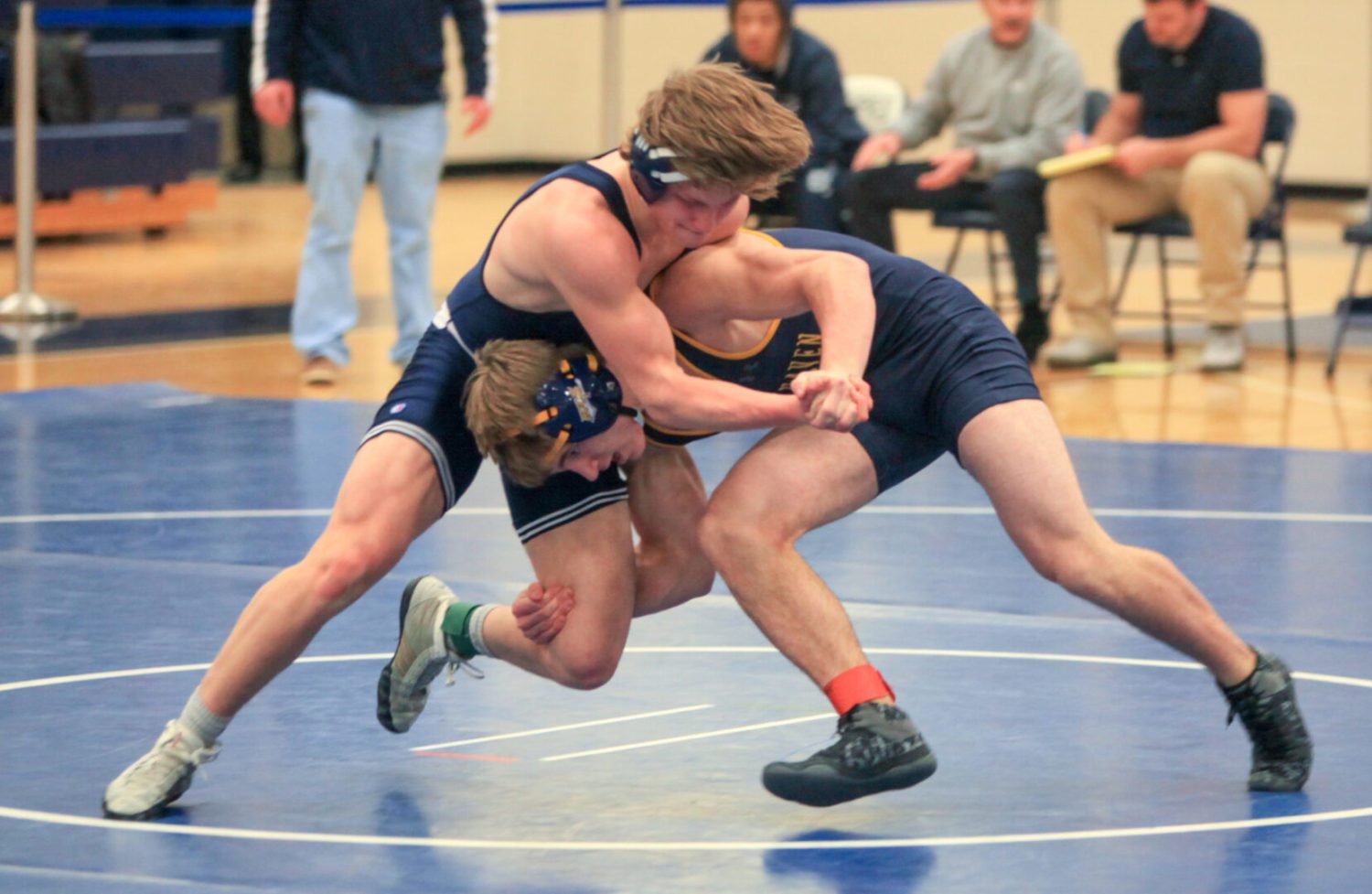 Somehow Rhone managed to fight back to within two points, then forced a 10-10 tie with a two-point takedown as time expired in the third period.

Rhone then pinned Gaiser 10 seconds into the overtime period to gain six points for his team.

“I’m kind of used to putting myself in bad situations because I do that in practice a lot,” said Rhone, who usually wrestles at 103 and moved up to 112 for the first time this season.

“My coach was yelling at me to pick up the pace because time was short. I knew I had to get the takedown when there were about five or six seconds left.”

Charles Allen (160) and Josh Hill (215) both won their matches with pins for Mona Shores. 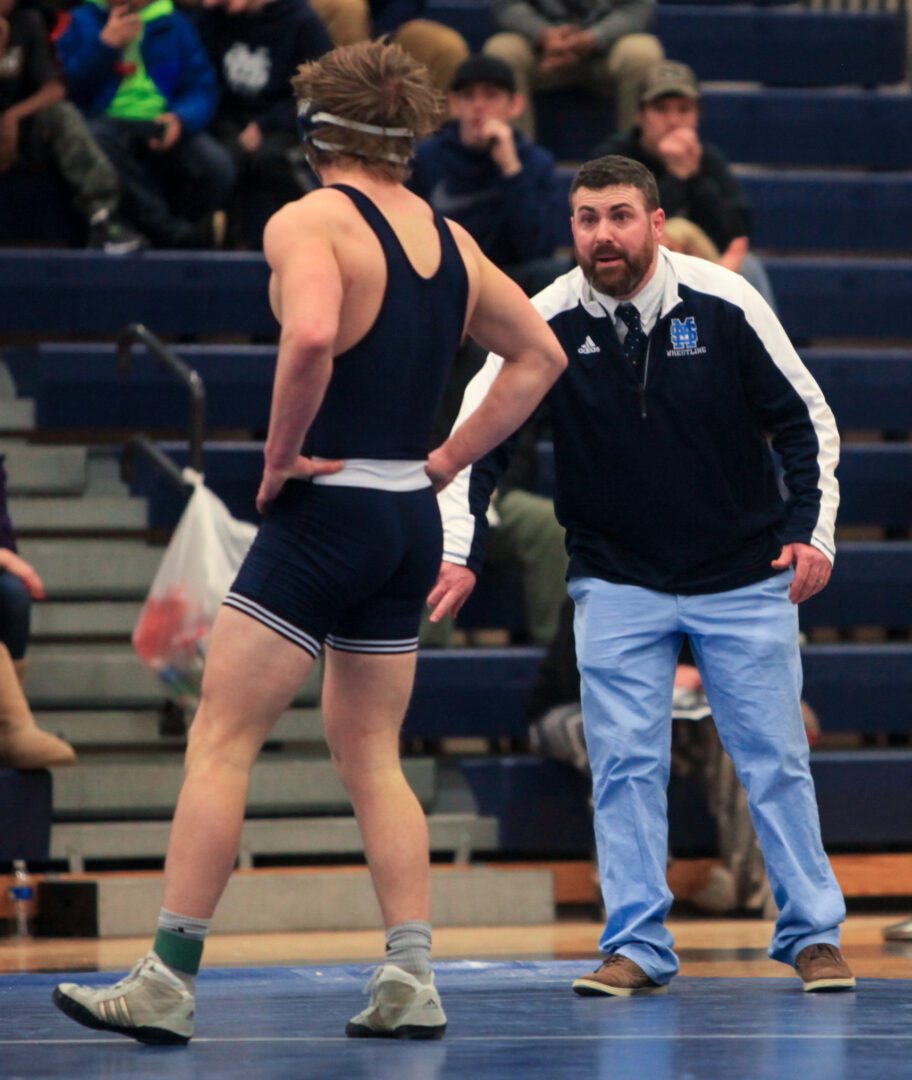 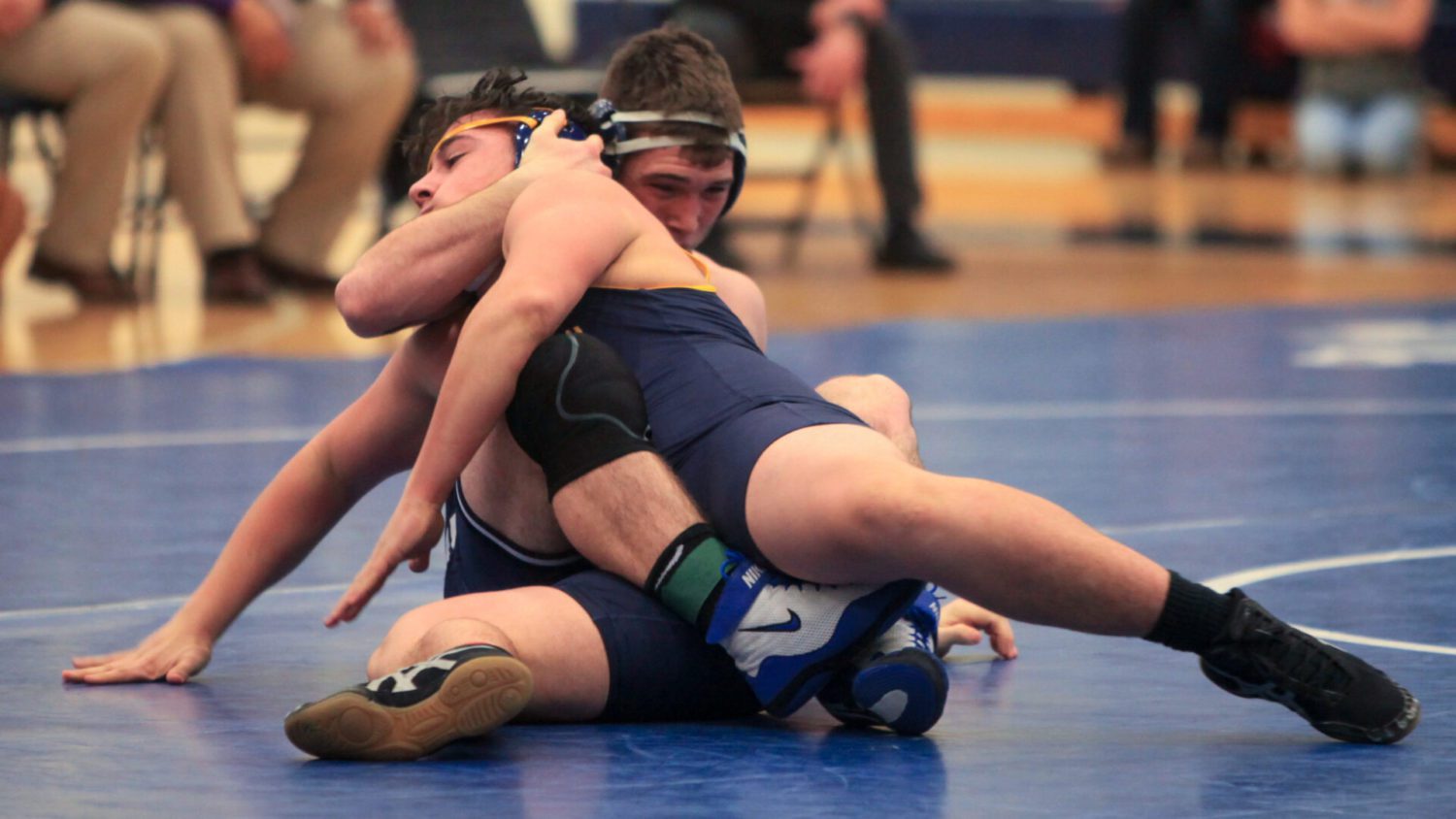 Grand Haven’s Chance Heineman gets tied up by Josh Hill during their 215 matchup. Photo/Jason Goorman 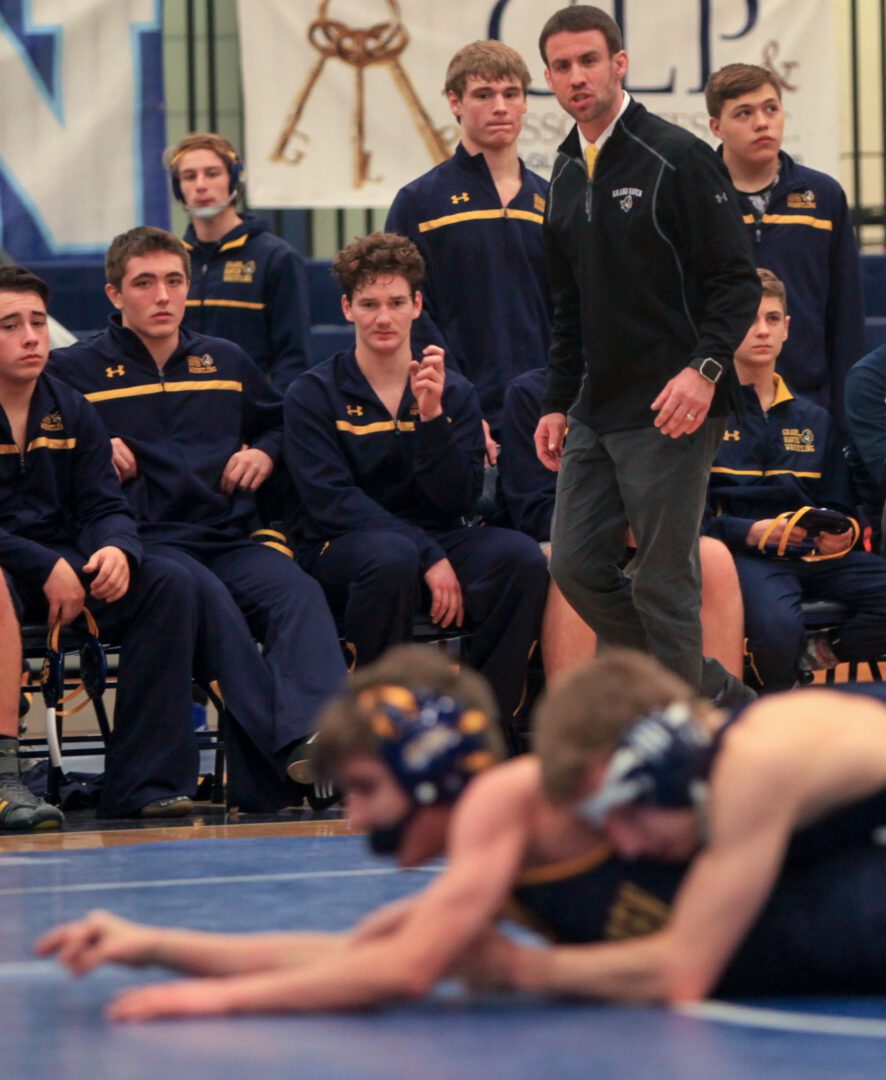 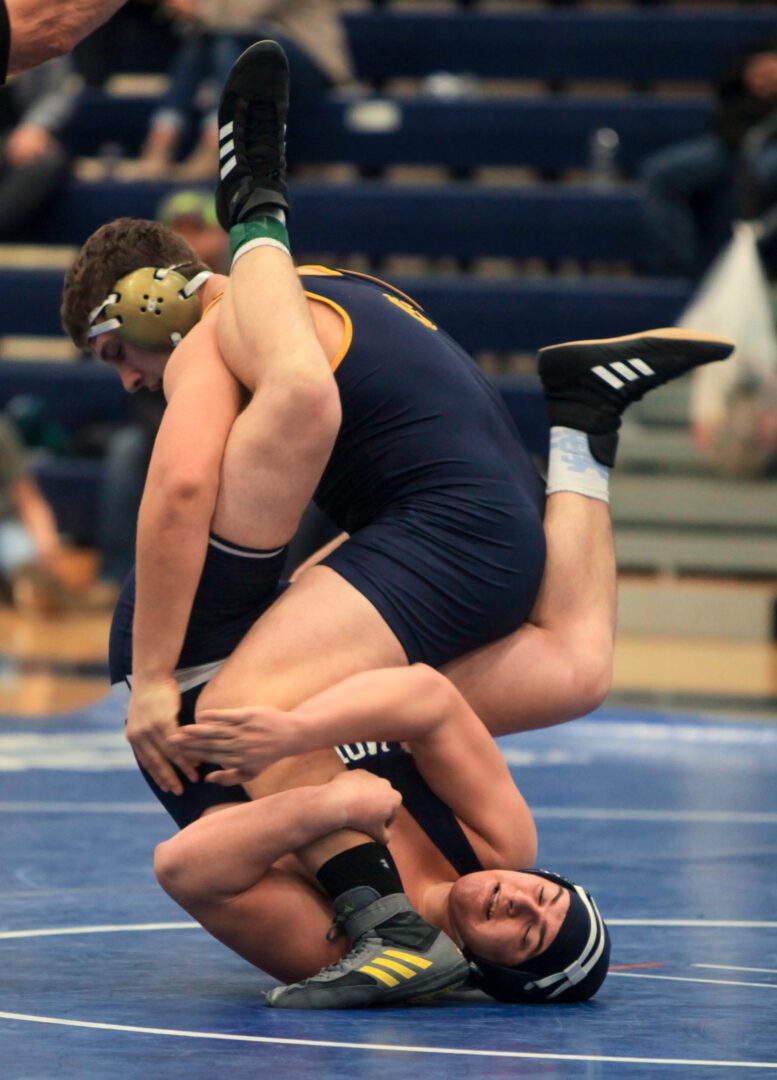 OAKRIDGE ROLLS PAST COOPERSVILLE IN CLASS B GIRLS DISTRICT OPENER

Grand Haven guts out victory over Grandville, heading to ‘A’ quarterfinals