practice in late January, it threw the Bucs for a loop.

“It messed with our heads,” admitted Bucs’ senior forward Kellum Bridgeforth. “It messed up the whole chemistry of the team. We weren’t moving the ball and we weren’t rotating on defense.”

As a result, the Bucs suffered losses in four of their next five games, and surrendered 70 or more points in three of those setbacks.

Grand Haven coach Greg Immink said his team went back to the drawing board defensively, and the Bucs are now starting to respond. 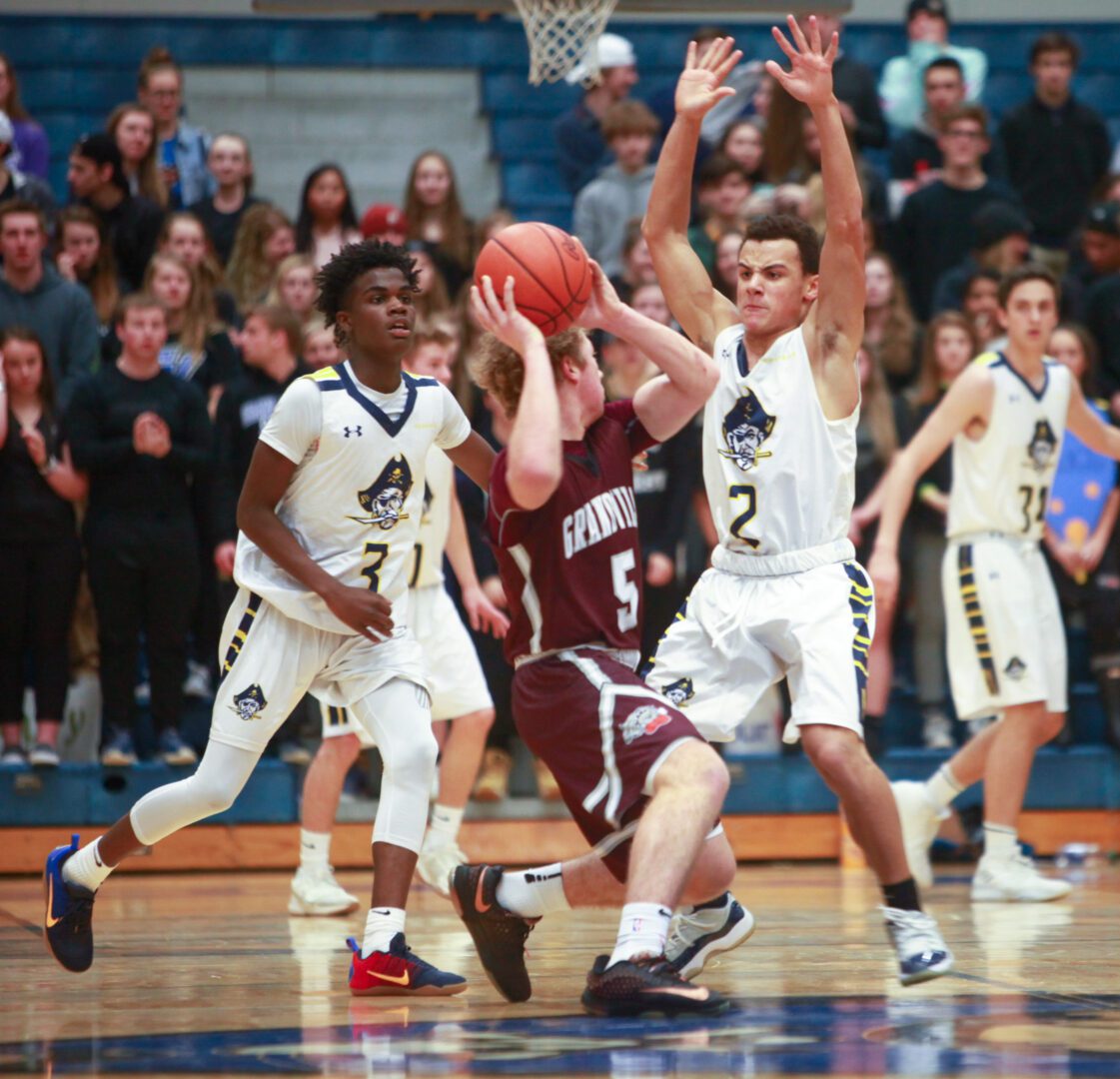 Grand Haven’s No. 2 Malic and Dimitrius Neely trap Grandville’s Bryce Gable at the top of the key. Photo/Jason Goorman

After holding rival Rockford to just 35 points during a victory on Friday, the Bucs’ on-the-ball defense was again stifling during Senior Night on Tuesday against visiting Grandville.

Grand Haven swiped nine steals, forced the Bulldogs into 16 turnovers and rolled to a 51-36 victory. The Bucs improved to 12-6 overall and 6-5 in the O-K Red Conference.

Grandville, which torched the Bucs for 72 points in a victory during their last meeting on Jan. 23, fell to 10-7 and 5-5 in league play.

Immink said he saw a different Bucs team compared to the first meeting against the Bulldogs.

“I’m so proud of our effort (defensively),” the coach said. “It takes a lot of energy to play that way the entire game, and we did that tonight. The other key thing was when they shot, we got the rebound more often than not. We didn’t allow them too many second-chance opportunities, which has hurt us at times this season.”

The Bucs started cold in both the first and second quarters, but relied on their defense to carry them back both times.

Grandville opened the game on an 8-0 run, but the Bucs closed the first with a 17-0 spurt, keyed by four three-pointers. 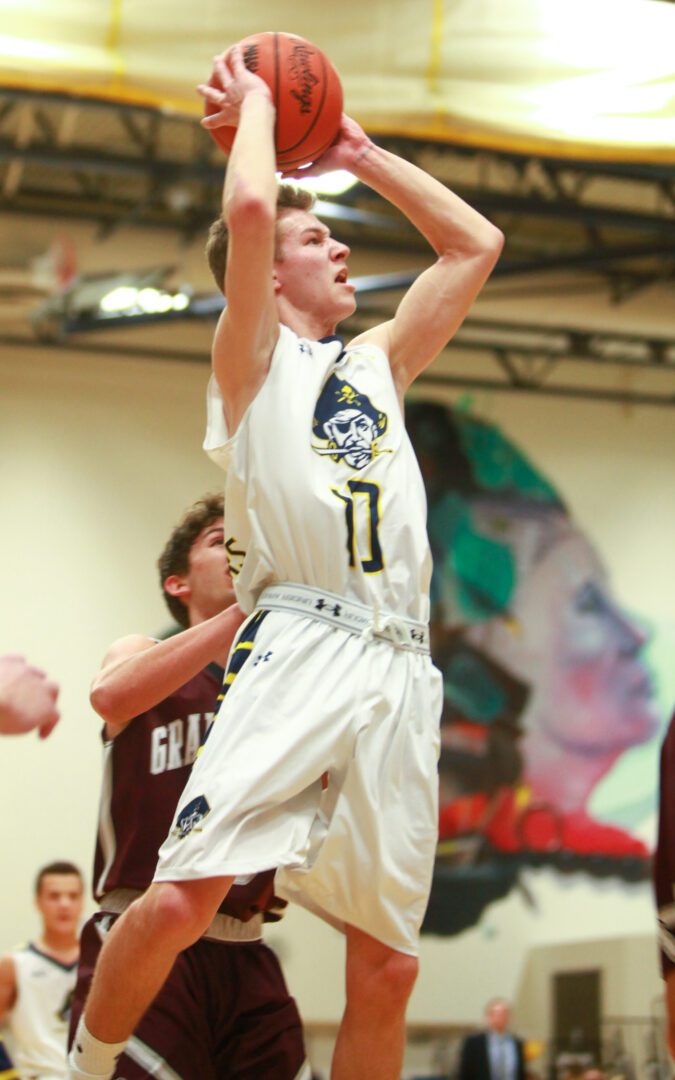 In the second quarter, Grandville again started strong, trimming the Bucs’ lead to 17-15, before the hosts closed the half on a 7-0 rally to go up 24-15 at the break.

Grand Haven sophomore guard Bryce Taylor scored nine of his 12 points in the first half, all coming on a trio of three-pointers.

Grand Haven extended its lead to 34-23 after three quarters, and then put the game away with Bridgeforth’s constant activity around the hoop.

His putback bucket and transition layup got the Bucs’ rolling, then Taylor gave them a very comfortable lead at 40-24 when he converted an alley-oop from Dimitrius Neely for a layup with under five minutes to play.

Bridgeforth had a strong overall effort with a team-high 17 points, along with eight rebounds, three assists and three steals.

Grand Haven will close out the regular season with games at Caledonia and Forest Hills Central, then will face either Mona Shores or host Reeths-Puffer in the Class A districts.

Immink said he believes there are a number of teams who could contend for the district crown, with his Bucs being one of them.

“We held Rockford to 35 and tonight we give up 36,” he said. “For us to be our best, that’s the way we have to play. It took us a couple weeks to get back to where we needed to be, but right now, I like where we’re at. I’m excited to see how we’re going to finish.” 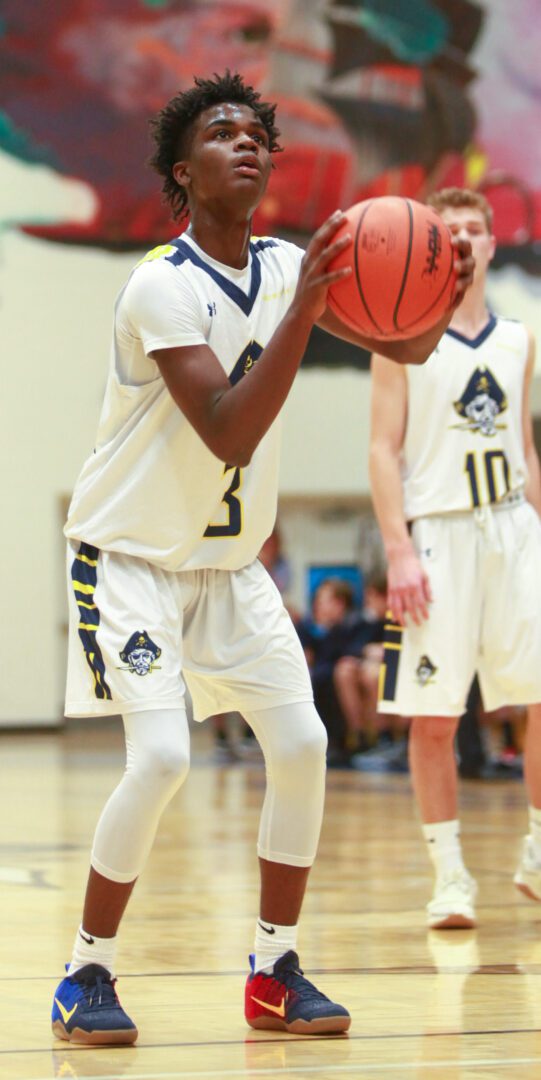 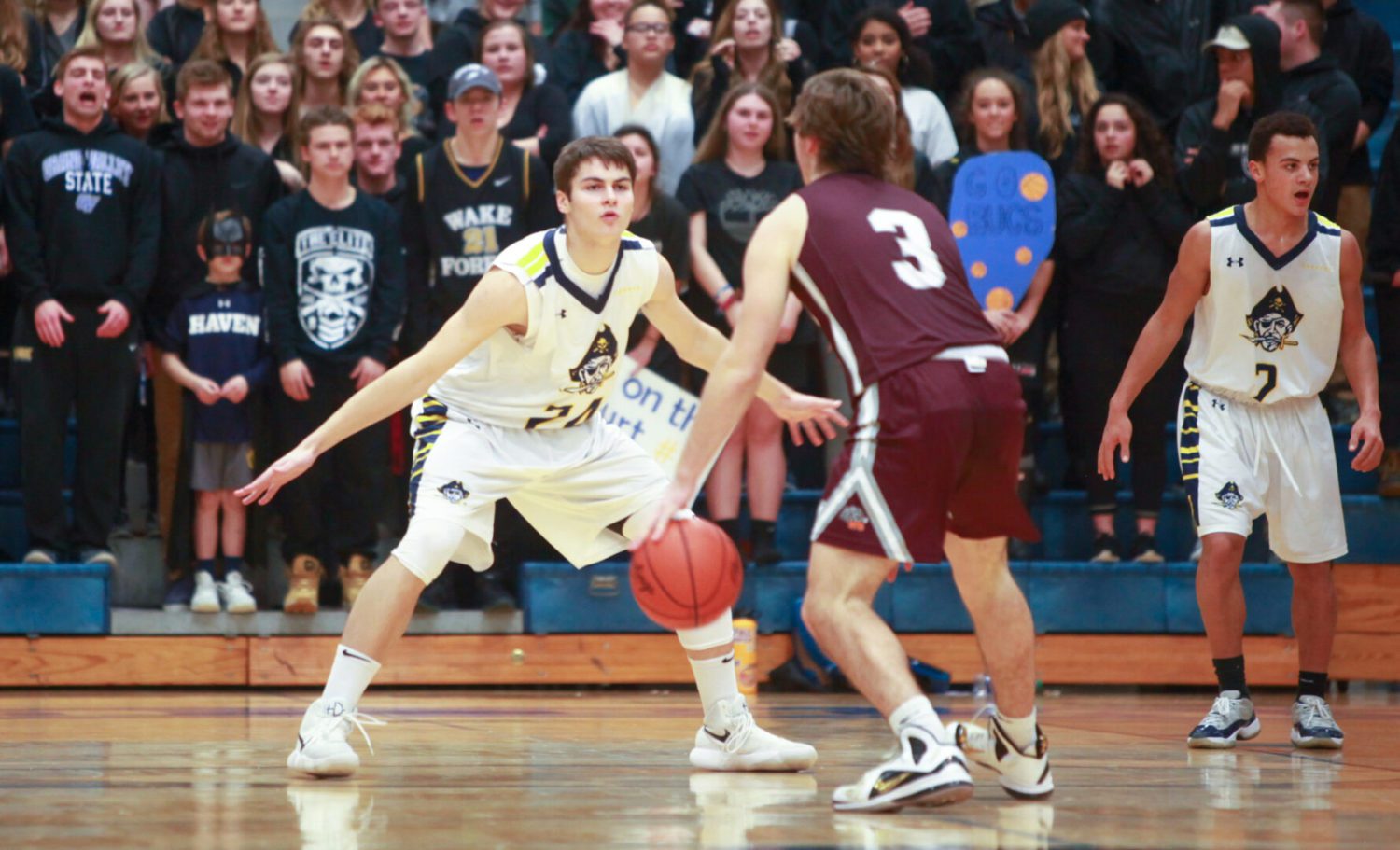 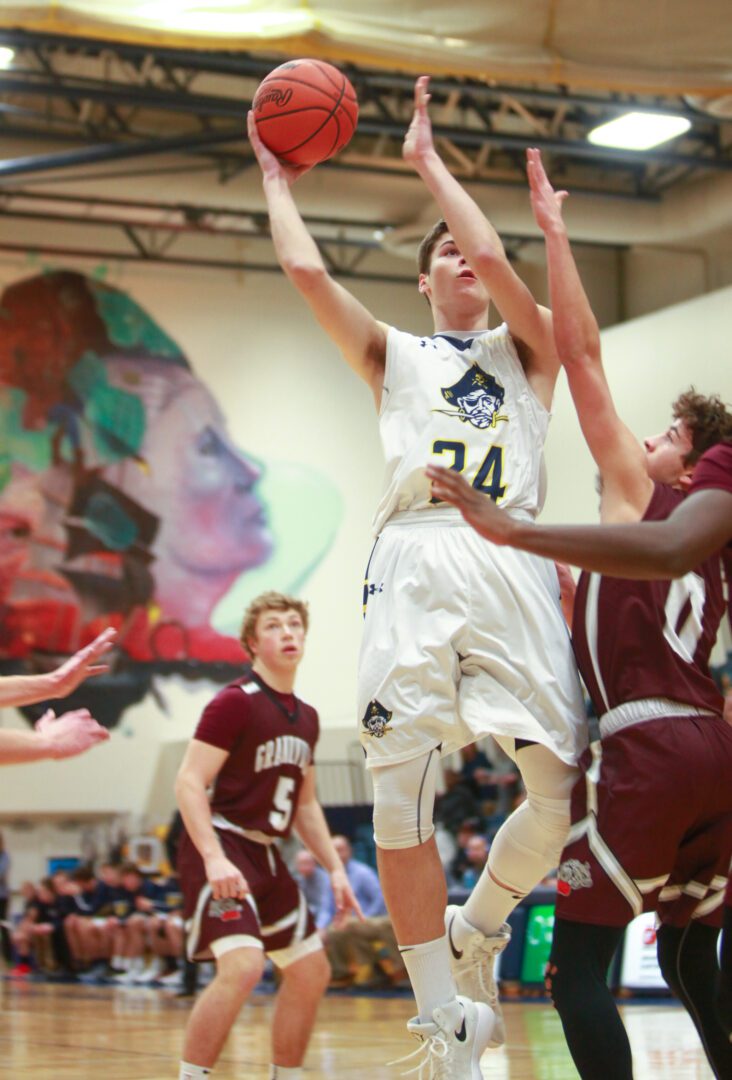 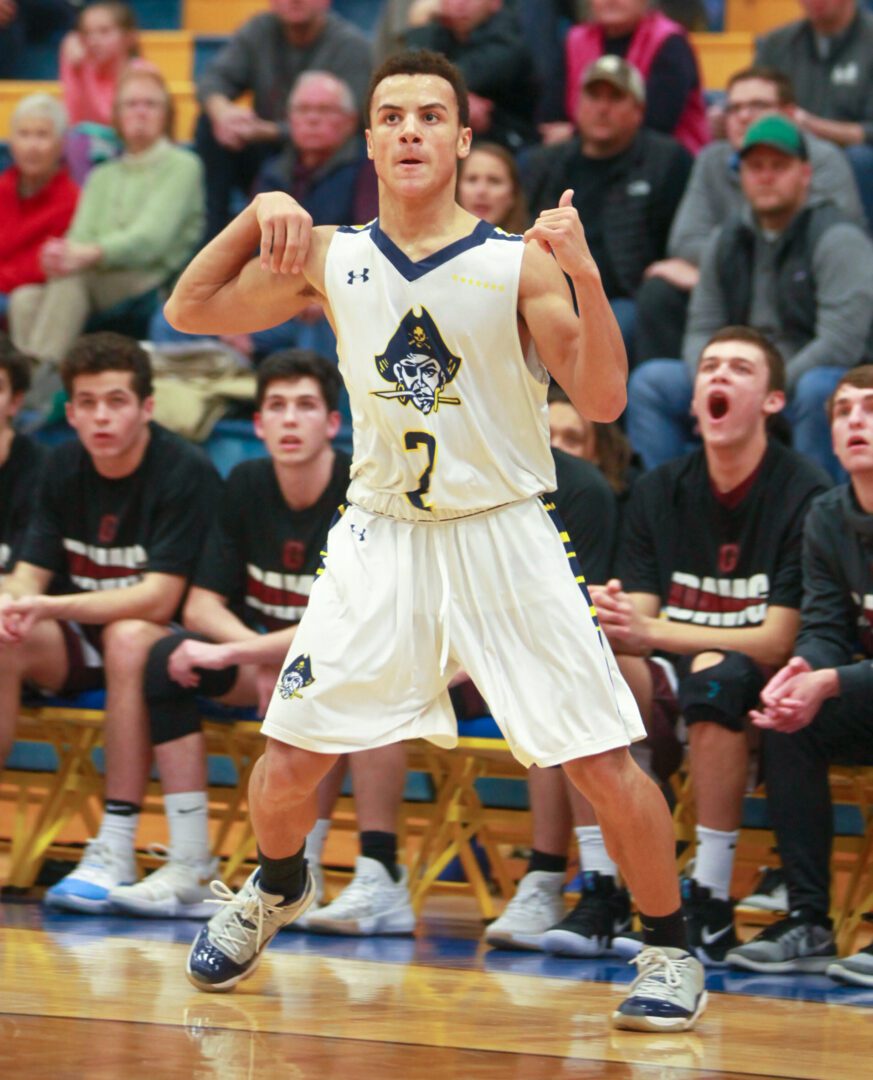 Malic Love watches his the ball after his 3-point shot. https://localsportsjournal.com/2018/02/big-reds-boys-pull-away-from-jenison-clinch-fifth-straight-conference-championship/