NORTON SHORES – Ludington’s girls basketball team didn’t do much offensively Friday night, but with a

solid defensive effort, it turned out to be just enough.

The Orioles finished off the regular season with a road victory at Western Michigan Christian, holding on for a 31-28 Lakes 8 Conference win.

The Warriors, who fell to 17-3 overall, suffered their first conference loss (9-1) in front of a full house on Senior Night. But the defeat was not too painful, because they had already captured the Lakes 8 title after a Ludington loss last week.

The teams started off slow offensively, with the Orioles leading 10-8 lead after one quarter. 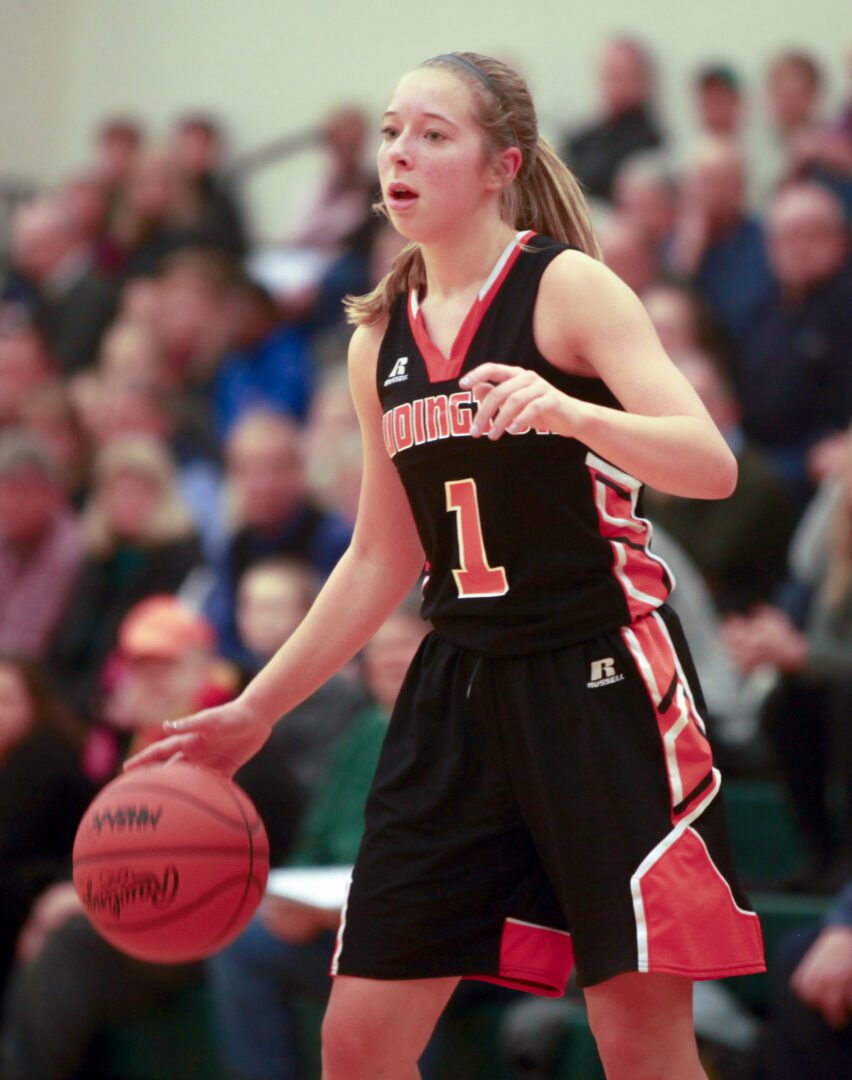 The two teams combined for just seven points in the second quarter, and Ludington went to the half with a 13-12 lead.

Ludington’s defense limited what the Warriors could do in the post, and in the third quarter kept WMC from scoring a single point.

“The third quarter was the difference in the game,” Christian coach Jeremy Goorman said. “I tip my hat to the Ludington girls, they pressured us and took us out of our game.”

Despite their struggles, the Warriors applied a full-court press defense throughout the fourth quarter, and eventually started to crack the Orioles’ offense.

But the Orioles’ Mackenzie Howe hit two free throws with 10 seconds left for the 31-28 lead. Christian had a final chance to tie the game, but the Warriors were unable to get off a 3-point shot.

With the win, Ludington finished off the regular season with a 14-6 record, 8-2 in the conference.

“I knew they would make a run,” Ludington coach Jason Porter said about WMC. “It’s their home court, on senior night, I knew they would turn up the pressure and create turnovers and they did. But we were able to weather the storm and come out with a huge win.”

Howe finished with 10 points for Ludington. 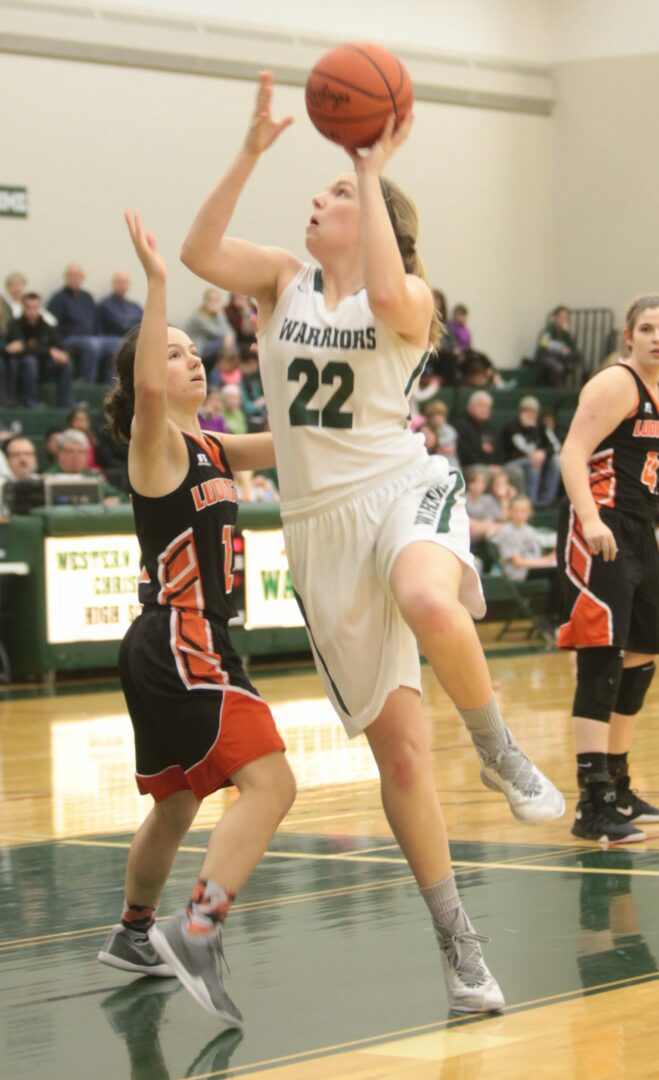 WMC’s Anna System goes up for the shot. Photo/Jason Goorman 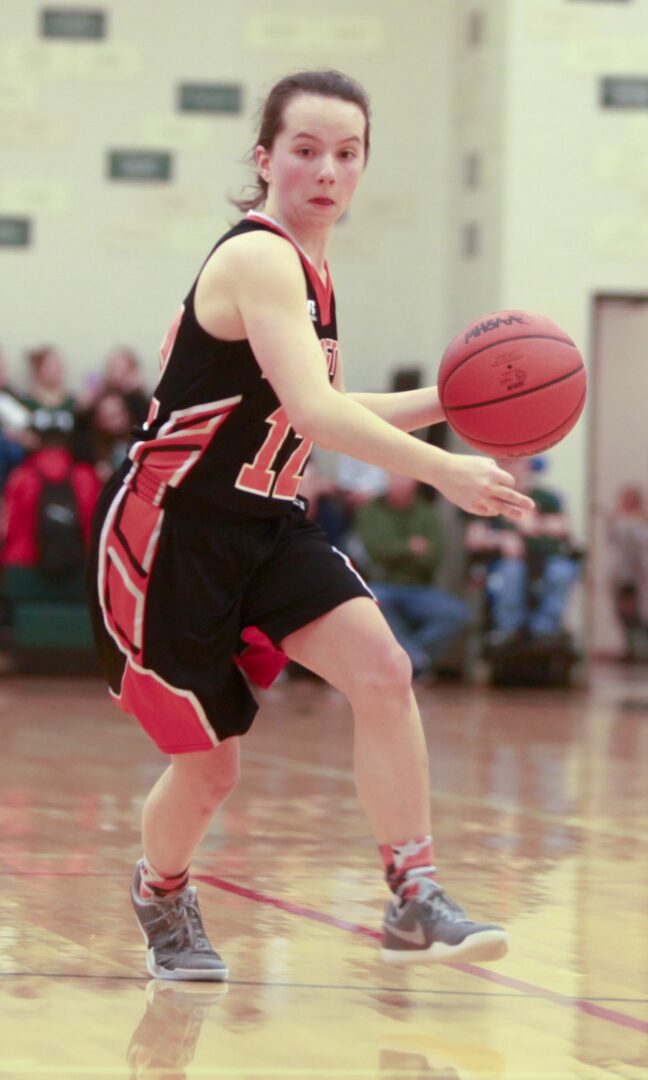 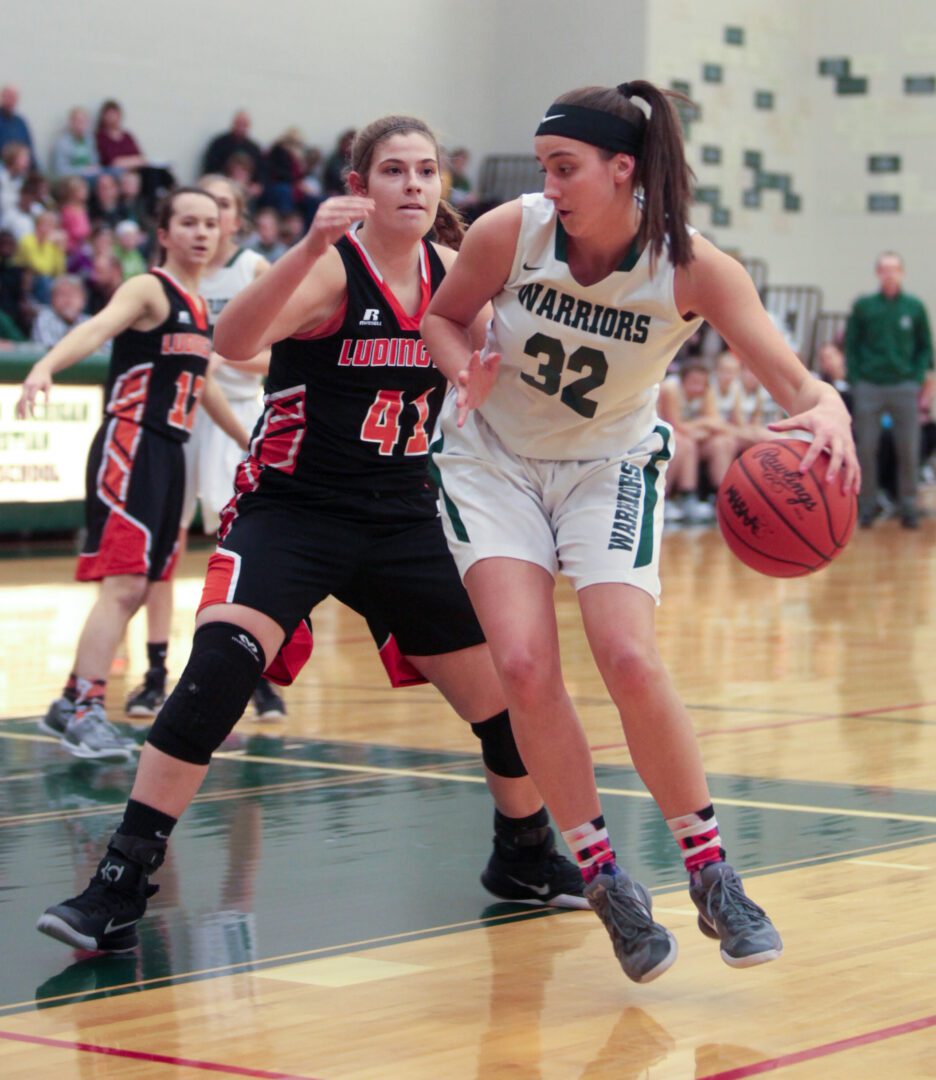