team to play mentally tough for a full 32 minutes.

But the Eagles have been struggling with that.

They had painful lapses with 17 turnovers against a feisty Ravenna squad on Friday at Oakridge High School, but in the end they narrowly avoided the Bulldogs’ bite.

Ravenna missed a trio of quality looks from beyond the three-point line, including a potential game-winning shot right before the final buzzer, and Oakridge escaped with a 39-37 West Michigan Conference victory.

“We tried to give it away every possible way we could,” said Ruel, whose squad improved to 7-10 overall and 5-6 in the West Michigan Conference. “We try to stress to the kids that success in this game, being mentally strong, is 90 percent of it. You can have all the athletic ability in the world, but if you keep shooting yourselves in the foot, it doesn’t mean anything.” 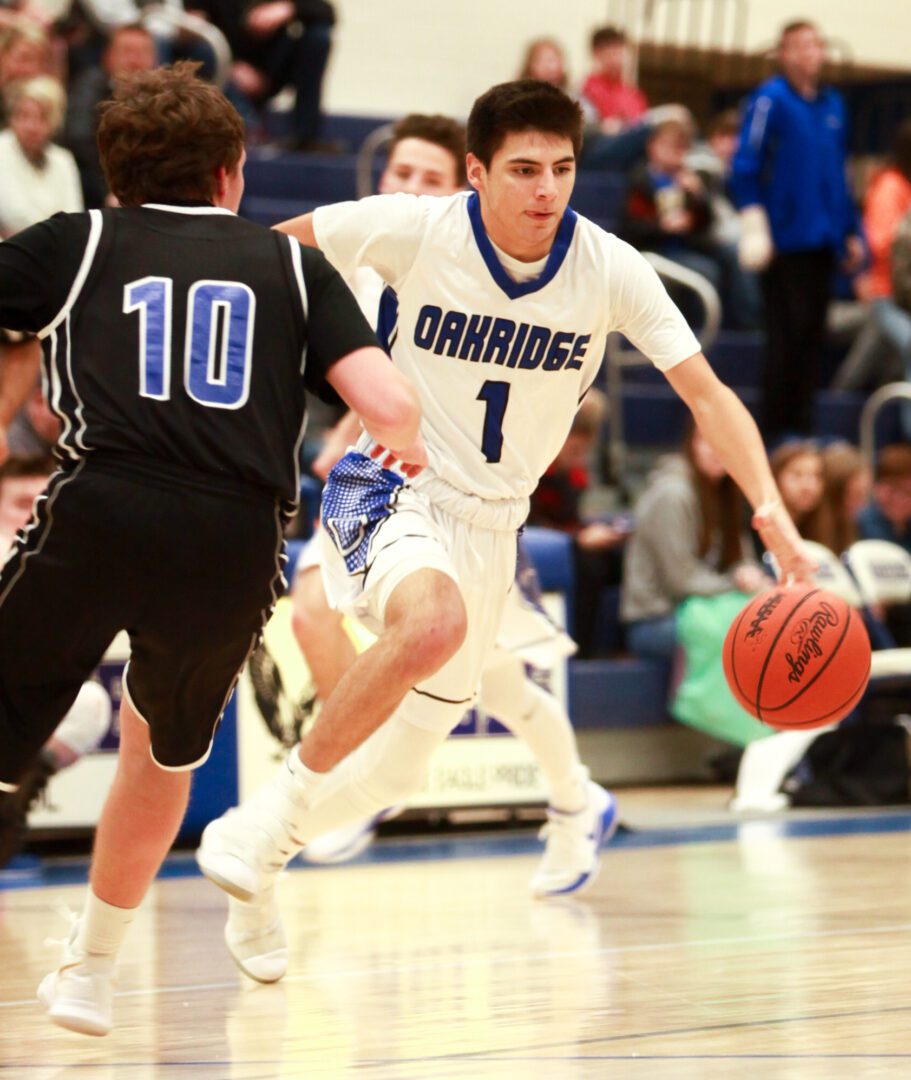 Fortunately for the Eagles, they caught Ravenna shorthanded. Sharpshooting sophomore guard Josh Cox was lost for the season after he fractured his ankle in practice, just a few days after he poured in 35 points in an upset victory over Whitehall on Feb. 2.

“Josh is a really good player for them,” Ruel said. “But they had some other kids who stepped up and made it tough for us throughout.”

Oakridge trailed 3-0 in the early going and then never again, but they could never pull away from the Bulldogs, due to offensive inconsistency. Oakridge had an 11-8 lead after one quarter, a 22-19 advantage at the half, and a30-27 lead entering the fourth.

Junior forward T.J. Ruel and the Eagles looked like they were ready to pull away early in the fourth. Ruel drained a straightaway three-pointer and then sank a pair of free throws to give the hosts a 37-31 advantage with 2:57 to play. Ruel led the Eagles with 12 points, while senior guard Alex Shoop contributed eight.

But the Bulldogs wouldn’t go quietly. Senior forward Ryan Osmer scored a pair of buckets in the paint to close the gap to 37-35. He paced Ravenna with 12 points.

An Oakridge turnover gave the Bulldogs the ball back, but they couldn’t convert a contested triple. The Eagles got the rebound and then stalled nearly a minute off the clock.

Oakridge’s Jalen Hughes sank a pair of free throws to extend the lead to four, but a  Ravenna layup by Nicholas Lieffers made it a 39-37 game with 15 seconds left.

Oakridge missed the front-end of a 1-and-1 free throw opportunity with 9.3 seconds left, and after a time out, the Bulldogs got a great look at the bucket, but Osmer’s three-point attempt right before the buzzer was just off.

“We were up and down with our shots, but our guys played really hard,” said Ravenna coach Justin Johnson, whose squad fell to 8-8 overall and 6-7 in league play.

“With Josh being out, it kind of stinks, because he was a kid who could stretch the floor and open up things for us offensively. But our younger kids have really started to find their groove these last few weeks. We’ve needed others to step up, and they have.” 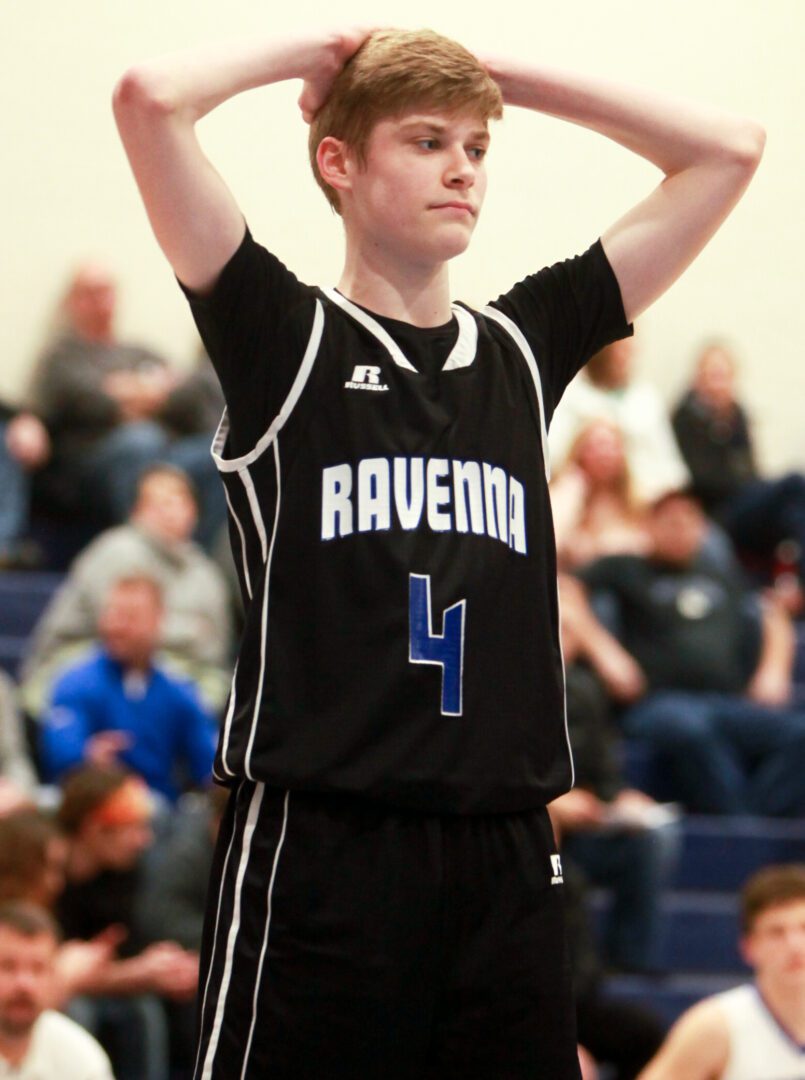 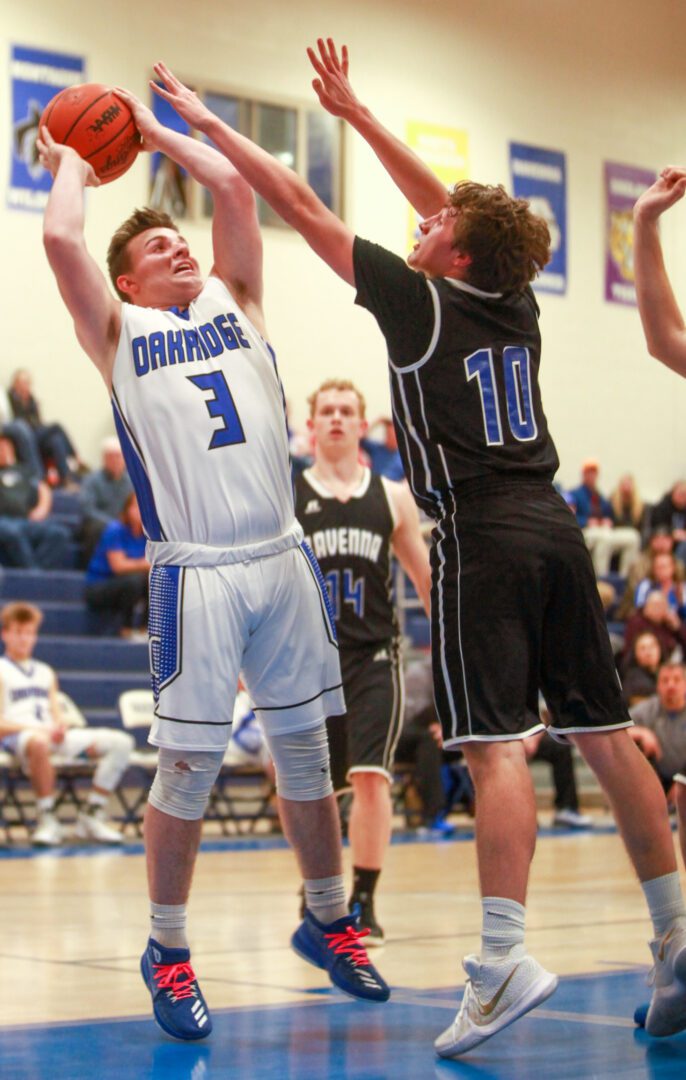 Oakridge’s Brandon Wilde goes up for the shot against Joshua VanderWoude. Photo/Jason Goorman 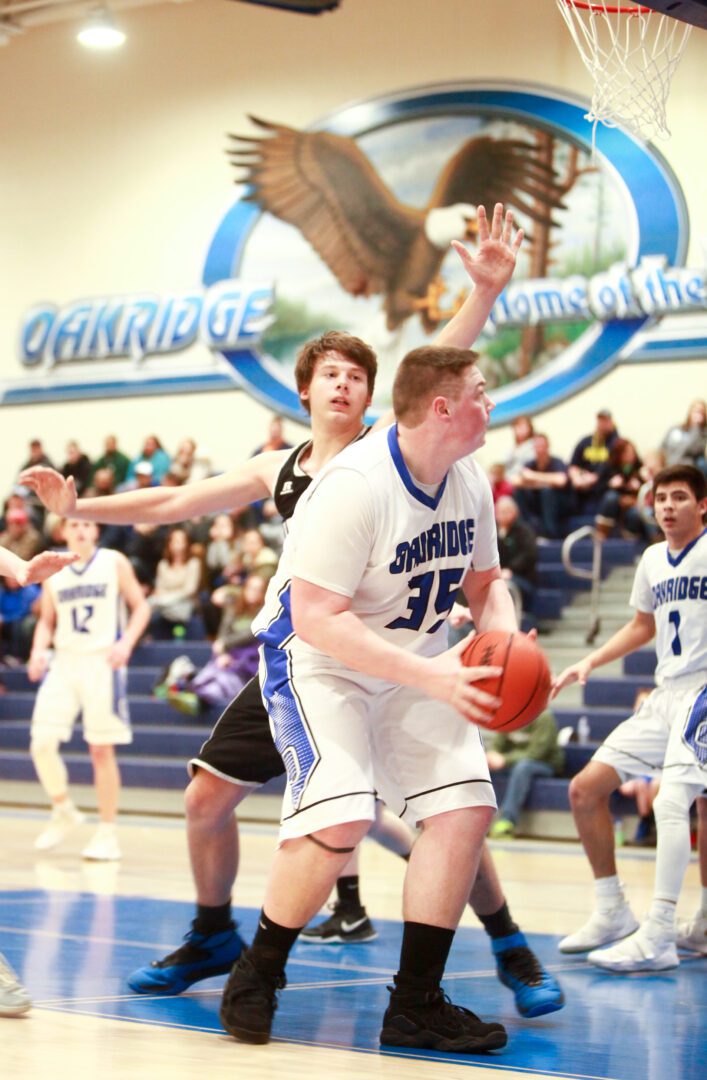 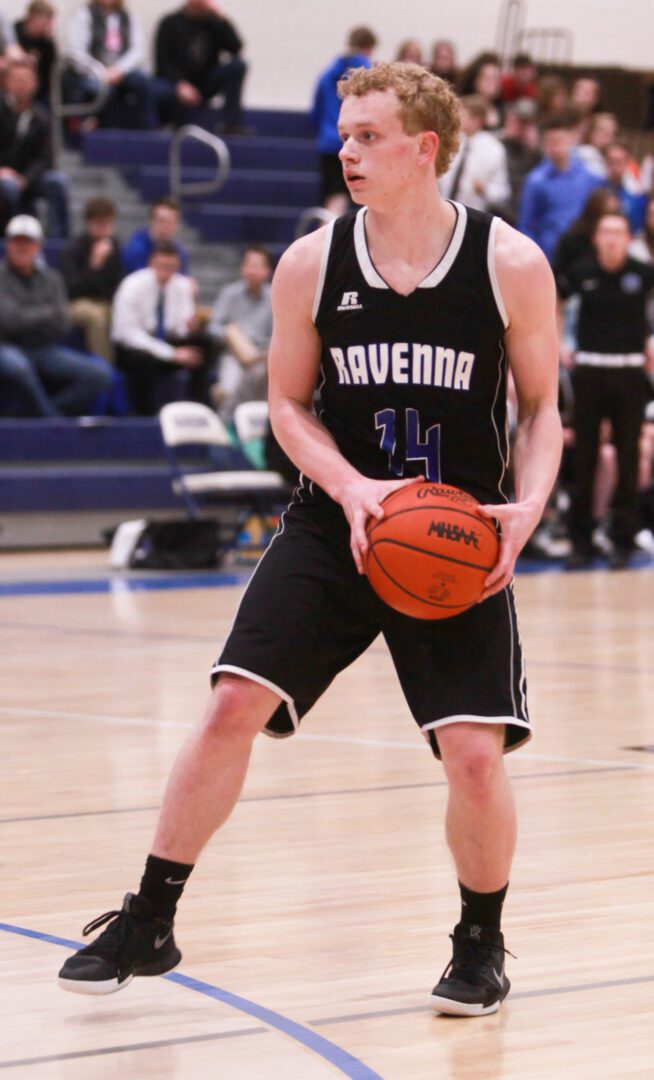 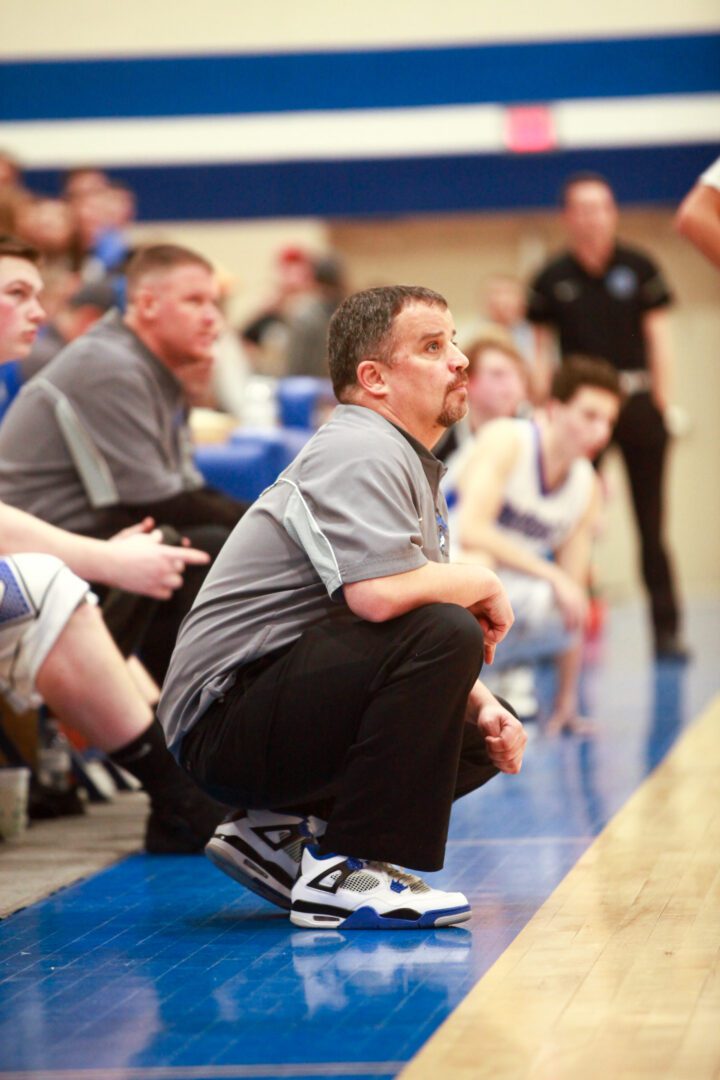