Oakridge sophomore Josh Felcoski has been bowling like an upperclassman

not afraid of what comes next. You’re excited about it.”

That describes sophomore Josh Felcoski of the Oakridge bowling team.

Felcoski, who averages a 208 in only his second year on varsity, will lead his Oakridge teammates into the Division 3 regionals at Park Center Lanes in Wyoming on Friday and Saturday.

Regionals are the first step of the state bowling tournament for the Eagles and all other area high school teams. The top three teams in each regional, along with the top 10 individual bowlers, will qualify for the March 2-3 state finals.

The Division 3 state finals will be at Northway Lanes in Muskegon.

“One of my goals is to make it to state,” said Felcoski. “Whether it’s as an individual or a team, I want to make it. It would be a very big thing because it’s a big tournament, and I like to bowl in tournaments.”

Felcoski showed no fear in a big tournament just earlier this month, tying for second place in the individual competition at the Greater Muskegon Athletic Association City Bowling Tournament at Northway Lanes.

He bowled a sub-par 157 in his first game, then roared back with a 279 in his second game – his highest score of the season – for a series total of 436. That left him tied with Orchard View’s Brady Bowen for second place.

“It was a pretty okay day,” Felcoski said. “I didn’t think I was going to get second because I bowled 157 my first game. To me, though, it was more just like a normal bowling day.”

“I was thrilled and we were all so happy,” he said. “Beforehand I always think we have a shot at every tournament, but you never know until the outcome afterwards. 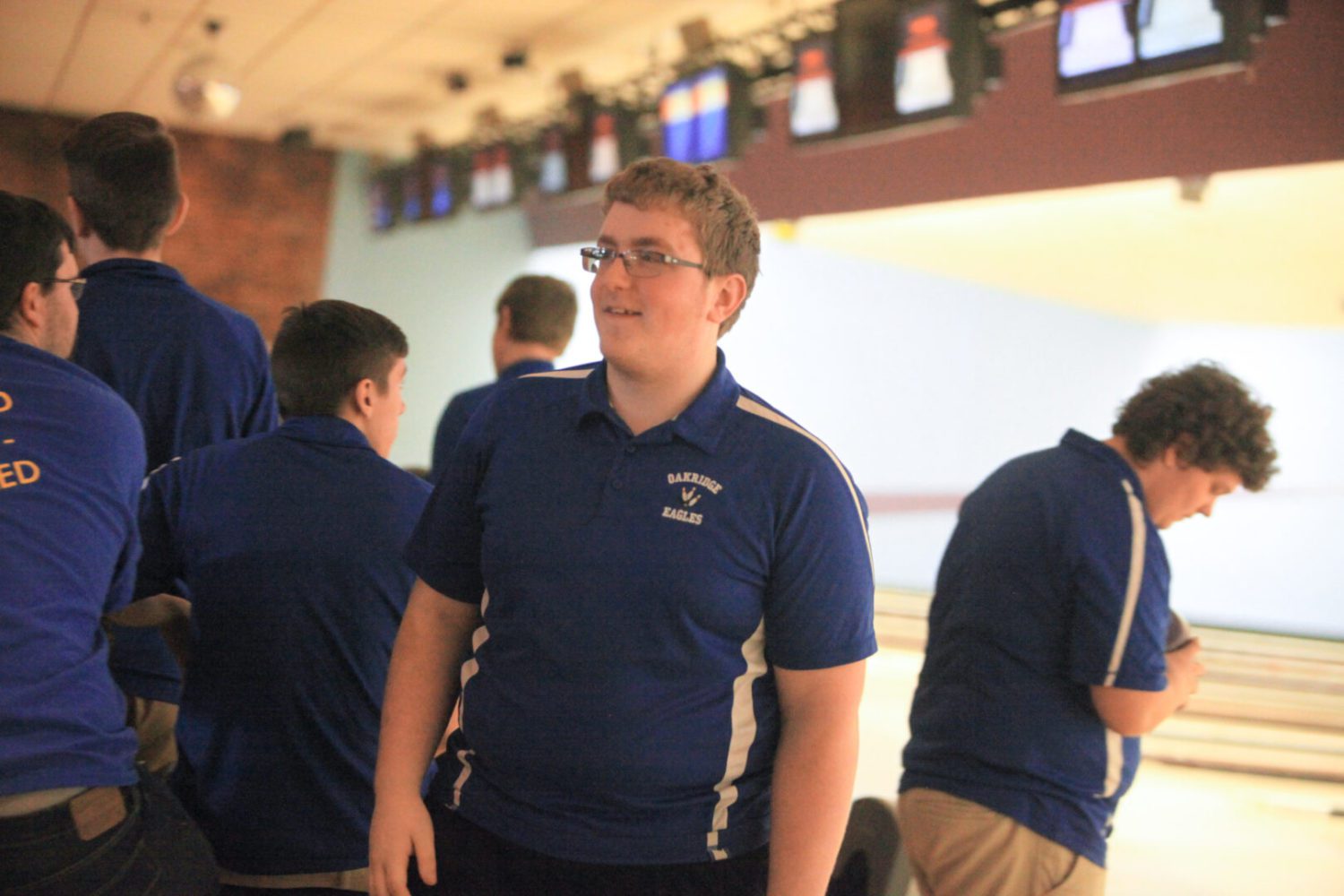 Felcoski smiles at his teammates after throwing a solid frame for Oakridge during the GMAA city tourney. Photo/Jason Goorman

“I just went out there and did what I’m supposed to do, without messing around, to help us win.”

Messing around is something Felcoski doesn’t do when he’s on the lanes.

After the Oakridge bowling team lost four seniors to graduation last spring, head coach Fred Stewart started relying on Felcoski to lead by example this season, even though he’s only a sophomore.

“He’s by far one of our leaders,” said Stewart about Felcoski. “When he bowls well, we bowl well. We kind of count on him to lead us. He leads by example because he’s really not a talker and doesn’t like all the attention.”

Felcoski is aware that teammates are often look to him to lead and show them the right approach on the lanes.

“Sometimes I’ll have other people to the side of me,” said Felcoski. “They’ll watch and see how my release is and how my approach is, just to see if maybe they can see anything that’s helping me that they can use.”

The single game record was set when Felcoski bowled a 290 game as a freshman.He set the series record with a 745 at the Reeths-Puffer Invitational earlier this season.

“It feels like I’m just throwing normal,” Felcoski said. “The lane conditions and everything just have to be right at the same time, and I have to throw right.”

Felcoski is hopeful to perform well at regionals this weekend, but overall he’ll just be happy to be bowling, with his family in the audience to support him.

“It’s always nice to have parents around when you have moments to remember,” he said. “Even if you win or lose, they’ll love you no matter what.” 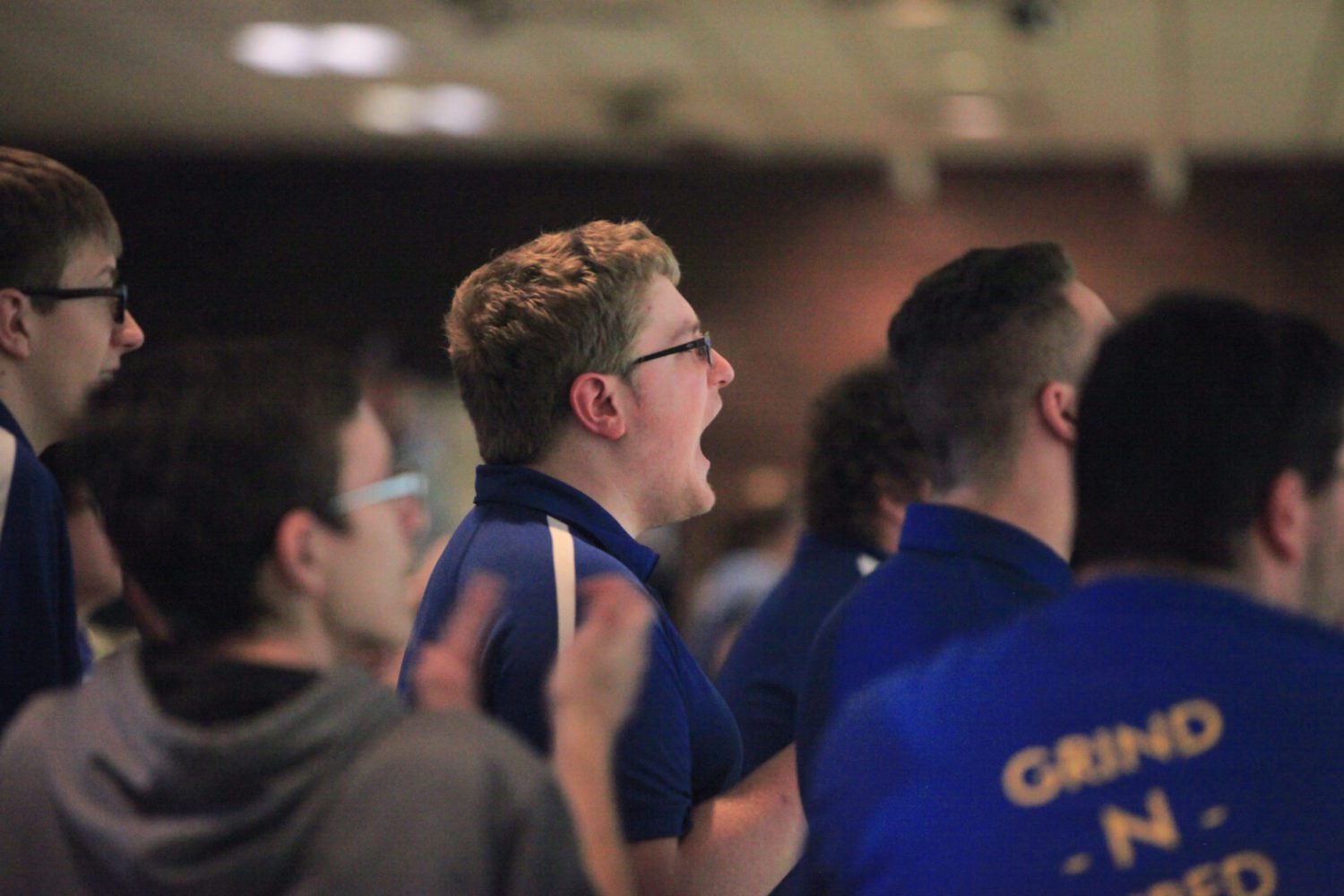 Felkoski reacts after a teammate throws a strike at the GMAA city bowling tournament. Photo/Jason Goorman 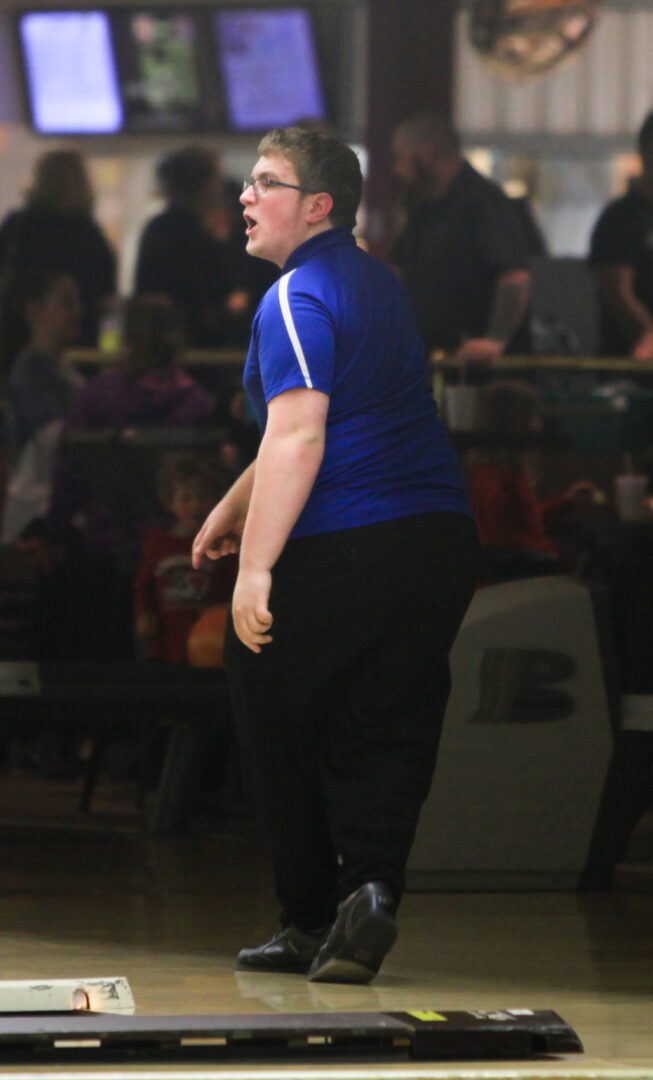 Josh Felcoski walks away from the lane after throwing a strike for Oakridge at the GMAA city bowling tournament. Photo/Jason Goorman 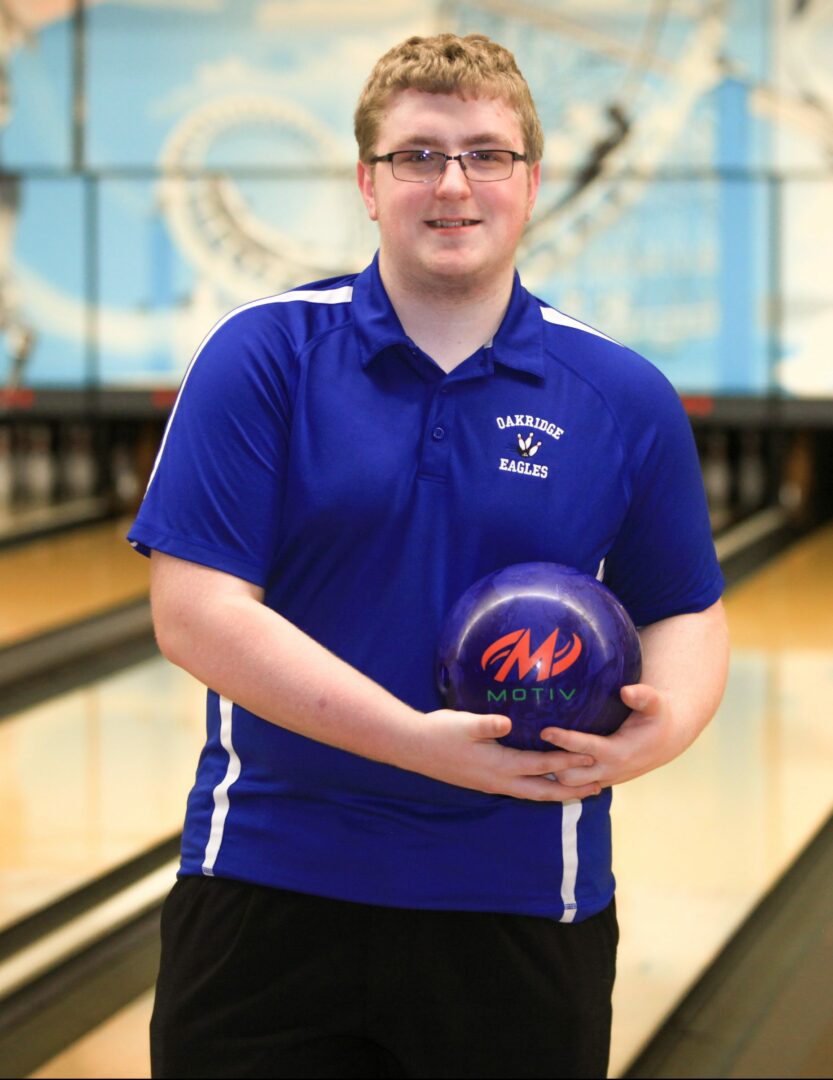 Big Reds get a big lead in first quarter, beat Northview 56-46 in Class A districts