The Pentwater girls basketball team was able to take care of conference rival Mason County Eastern in a Class D district semifinals game by a 62-50 margin on Wednesday night.

The Falcons led 18-14 at the end of the first quarter, but the Cardinals

outscored the Falcons 16-7 in the second quarter to take a 30-25 at the halftime break.

Pentwater came out firing in the third quarter, racking up 23 points, and taking a 48-35 lead into the fourth quarter.

Taylor Wilkinson was the leading scorer for the Falcons with 15 points while Terra Cluchey added 12.

Pentwater will face Onekama in the Class D District Final on Friday at Mason County Eastern. 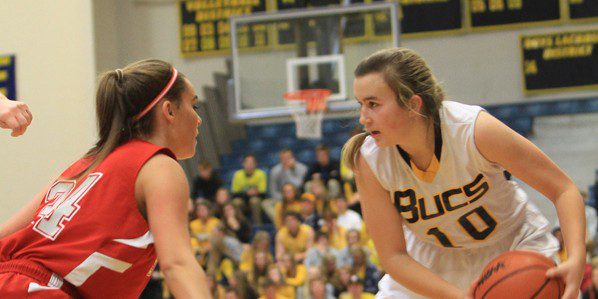