MUSKEGON TOWNSHIP – It was the middle of the 2016-2017 bowling season, and Justin Wolffis sat in a

hospital room thinking his athletic career was over.

He had just been through a very big health scare. He had been suffering from a hard case of the flu, then developed appendicitis.

His appendix burst before he could get to the hospital – a potentially life-threatening situation – and it had to be removed in emergency surgery.

Wolffis made it through OK, but spent 18 days in the hospital.

As it turned out, his sports career was definitely not over. He returned on time for Orchard View’s baseball season as his life got back to normal.

But he missed the rest of the bowling season, which means he missed a lot, because his Orchard View boys team qualified for the state finals. 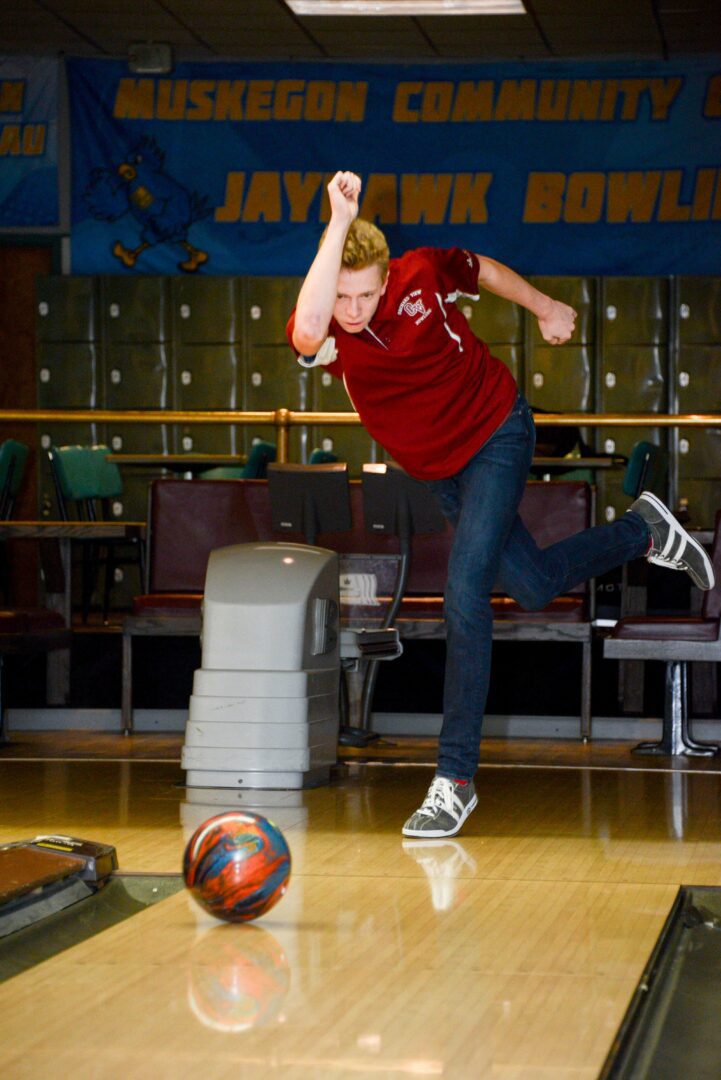 The Cardinals were eliminated from the tournament before match play, which involves the top eight teams. But there’s reason to believe things might have been different if Wolffis had been in the lineup.

“I believe honestly if he’d been there, we’d have went a lot deeper, and possibly bowled for a state championship,” said Orchard View bowling coach Bob Larabee.

“It was pretty frustrating,” said Wolffis. “I was frustrated I couldn’t go and it really hit me. I was hoping the team could pull it out, and I was praying for my team to win.”

Wolffis will finally get his shot at the Division 3 state finals this Saturday, but it won’t be the same as last year.

Orchard View didn’t qualify as a team this season, but Wolffis qualified for the individual state finals by winning a Division 3 regional championship last Saturday with a six-game score of 1,231.

That means he will be bowling for a state title on Saturday at Northway Lanes, only a hop and a skip away from Orchard View High School.

“I had huge, major goosebumps,” Wolffis said about competing in regionals.  “It was really emotional, because I wanted me and my best buddy Brady Bowen to make it together. It meant a lot to me because I’ve never won anything like that before.”

Wolffis got his wish, because his teammate Bowen finished eighth in regionals with a score of 1,138, and the top 10 qualify for state.

Larabee was not surprised that both Wolffis and Bowen qualified for the state finals, because they’ve been pushing each other, and their teammates, all season. 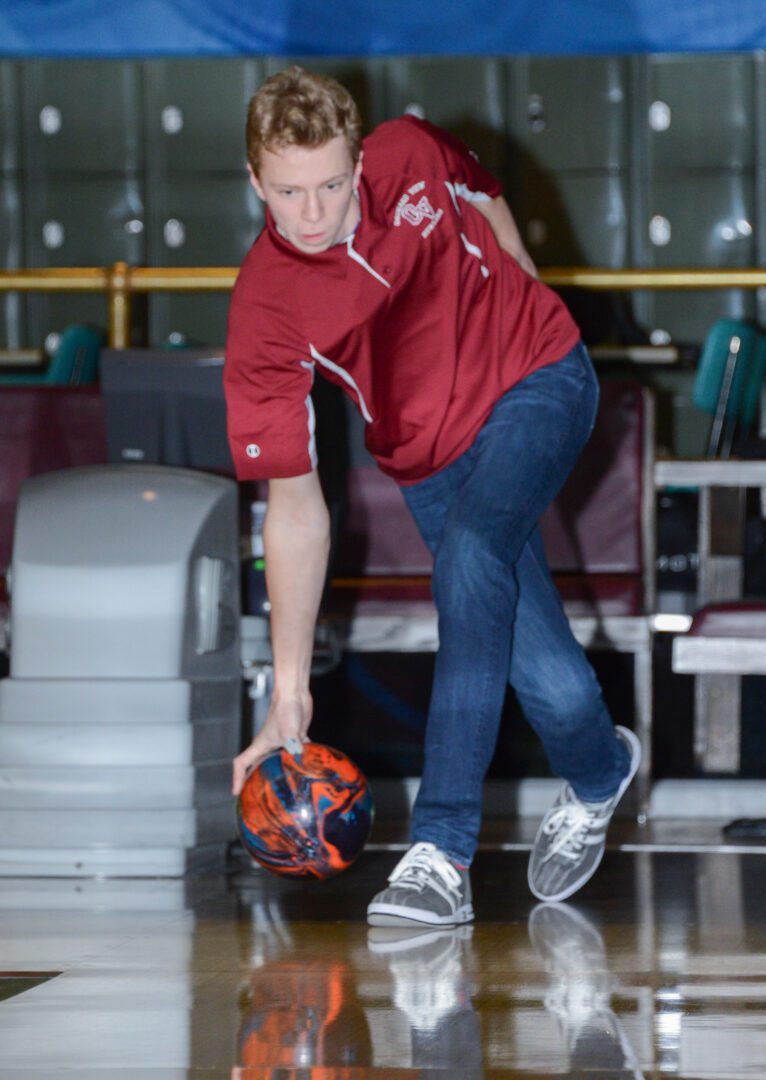 “Brady and (Wolffis) are both our leaders,” the coach said. “They’re together all the time. Justin is a quiet leader, but he’ll also give motivation to people when they need it.”

While Wolffis is focusing on bowling this week, he may be a bit distracted, because he also plays on the Orchard View varsity basketball team. The hoops squad is finishing up the regular season this week, with districts looming next week.

“It’s been kind of tough,” said Wolffis about juggling the two sports. “But my coaches are very flexible, and I miss some of both. It kind of just equals out.

“Some days when I get home I’m pretty tired. but I have the energy for both sports, and I make sure to keep my teammates up in both sports.”

On Saturday, Wolffis will be hoping to keep his energy and nerves under control so he can bowl up to his potential. As a regional champion, he will be viewed as a contender for the state title.

“I’m quite nervous,” he said. “I’ll probably be really nervous Saturday, but I’m going to have to let that go and just bowl. I was nervous last Saturday, too, but I was able to get first place, so I’ve played with nerves before.

While he may be nervous about his first taste of the state finals, the bottom line is that Wolffis is just happy to be alive and competing, after his health scare last year.

“I could be dead right now, but I have this chance and I’m healthy,” he said. “I’m pretty ready. I feel like I have a good chance to make it all the way if I just bowl how I know I can.”