After weeks of uncertainty, Ironmen set to open home season on Saturday night

The Ironmen will kick off their 2018 season on Saturday at 7:15 p.m. against the Windy City Ravens at L.C. Walker Arena.

The team will be playing in the Midwest Professonal Indoor Football League (MPIF), it’s third league in its three seasons of existence. The league has seven teams, and the Ironmen will play a six-game regular season schedule, with four home games.

That was not the original plan for this season, but a lot has changed over the past year, particularly in the last month or two.

Last summer the Ironmen signed an agreement to play a second straight year in the CIF (Champions Indoor Football), which it joined prior to the 2017 season.

Then in the fall they announced that they would be switching to the Indoor Football League (IFL) in 2018, and were scheduled to begin their season on Feb. 23. 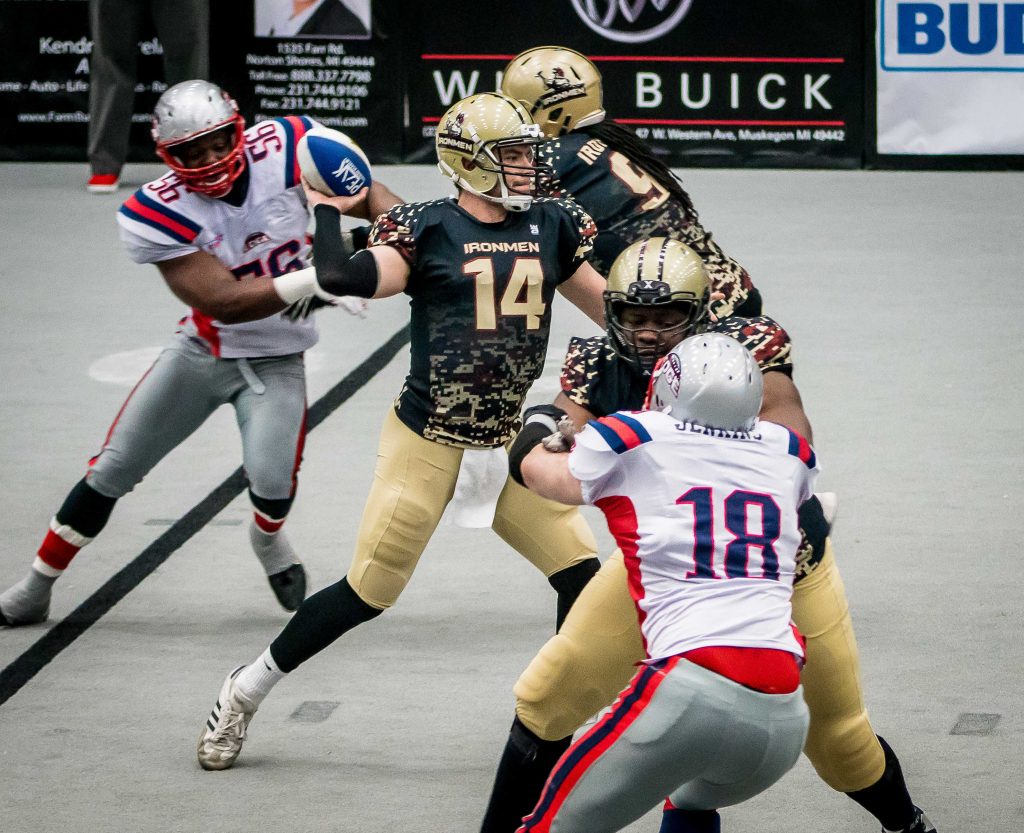 Team owner Terrance Williams said the Ironmen decided to switch leagues after learning that other teams in the CIF had different league membership agreements that gave them unfair advantages.

But the CIF filed a lawsuit to keep the Ironmen and Bloomington, Illinois franchise – which was also going to switch leagues – from following through on the plan. A court recently ruled in the CIF’s favor, and the Ironmen were suddenly a team without a league as the 2018 season approached.

Williams initially said the team would play an independent schedule, and the process was underway to plan games against teams from several different pro leagues this season.

Team officials were having success building an independent schedule, but then learned that the court order included a stipulation preventing the Ironmen from playing at all in 2018 under its current ownership, according to Ironmen General Manager Nate Smith.

So Williams, a former Oakridge High School football star who established the franchise, recently sold the team to a group of Muskegon-area investors. That allowed the Ironmen to join the MPIF as a last-minute addition for the 2018 season, according to Smith. 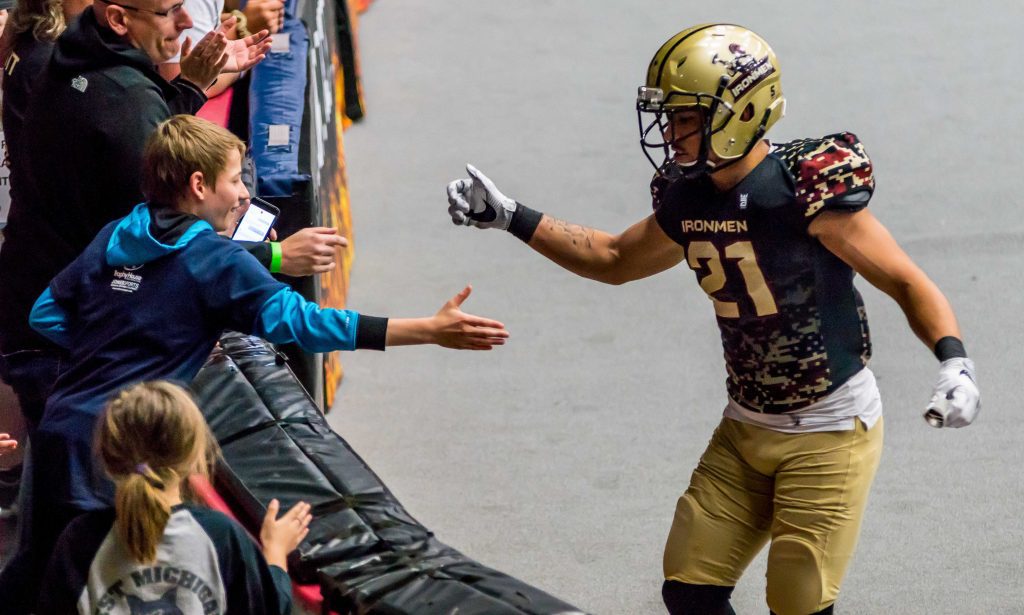 “We had plenty of teams lined up (to play an independent schedule),” Smith said. “We had a full schedule set up, until we learned that the court injunction extended to playing any games.

“That being established, a couple of guys stepped up (to buy the team). Terrance was already considering (selling the team) prior to this happening, so when it came down to having no schedule at all, the ownership was transferred so we were able to join the MPIF.”

The new owners are currently keeping a low profile, and prefer not to be identified, Smith said. But the group is committed to keeping the franchise alive in Muskegon well beyond 2018, he said.

While some Ironmen players who were signed for 2018 decided to leave during the period of uncertainty, many from the 2017 roster will be back this year, including third-year quarterback Alex Carder and third-year receiver Corey Johnson, according to Smith.

Third-year head coach Ty Lynk and his assistants will also be back, Smith said. 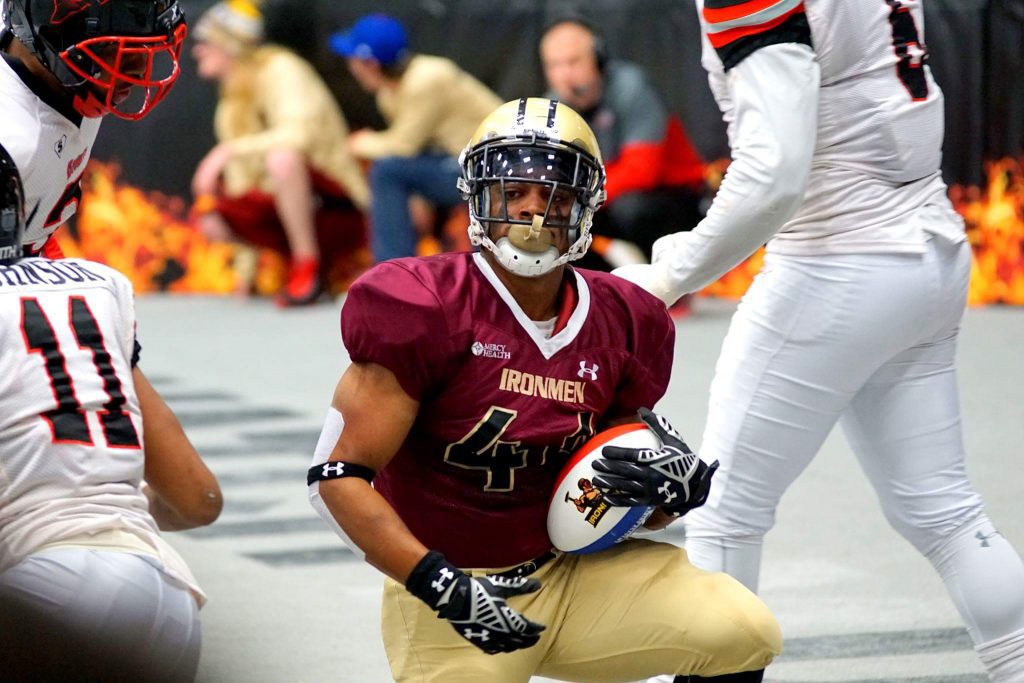 Ironmen running back Korey Ringer gets up after taking a hit. Photo/Leo Valdez

“I think fans are going to see a very similar team,” Smith said. “There were a few players who pursued other options, but the core of the team is going to be the same.

“A few guys will be gone this week (and miss Saturday’s game) for NFL minicamps and tryouts, but the guys are very excited. They’ve been waiting for the opportunity to get on the field.

Smith expects the Ironmen to be very competitive in the new league, which he said is a mixture of established and new teams.

Besides the Windy City Ravens, the other MPIF teams are the Midway Marauders, Chicago Blitz, Indianapolis Enforcers, Cincinnati Flex and Westchester Apaches. 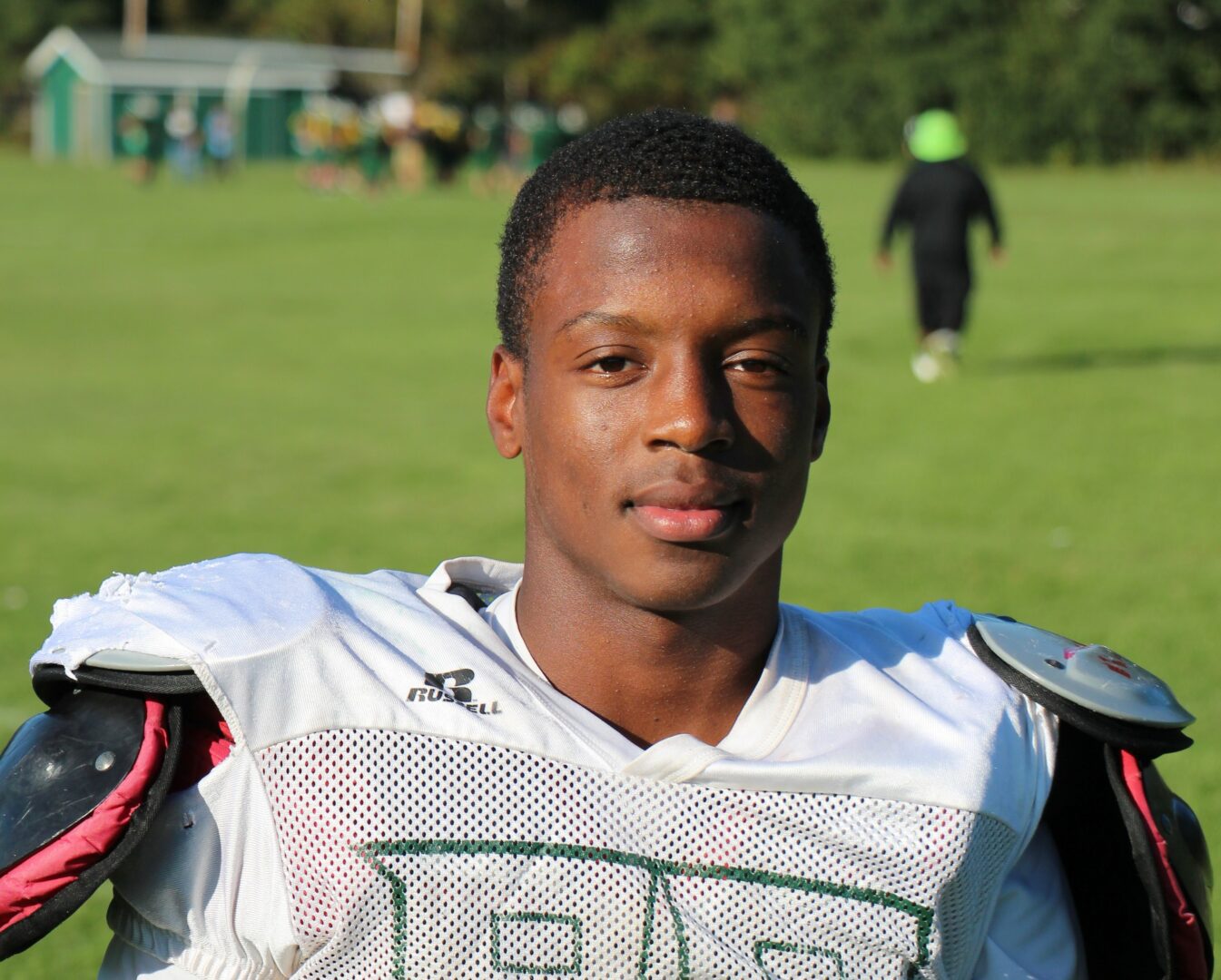