RAVENNA – For the Kent City boy’s basketball team, the first cut was the deepest.

And North Muskegon provided the dagger.

In a grind-it-out, physical battle between two squads that pride themselves on lockdown defense, it was North Muskegon that managed a little more offense and grabbed a 37-33 victory over Kent City in the Class C district championship game on Friday at Ravenna High School.

The loss was the first of the season for Kent City, which came into the contest with a perfect 21-0 record.

“I’m so happy that we came out and won as a team and we played together,” said North Muskegon junior point guard De’Shary Warren, who clinched the win with two huge free throws with 10 seconds remaining. “We knew we had to adjust because they’re mostly a defensive (minded) team, and we like to get out and run. But we stuck together.” 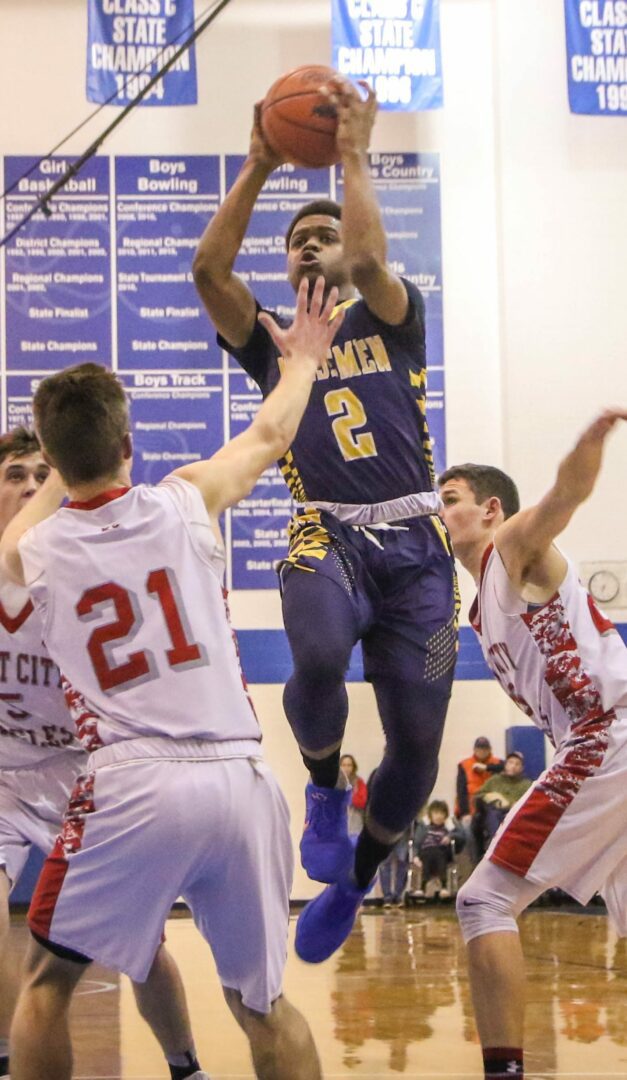 TJ McKenzie goes up for the shot over the Eagle defense. Photo/Joe Lane

With the victory, North Muskegon (20-3) captures its first district title since 2015. The Norsemen will now set their sights on Monday’s regional semifinals at Beal City High School against the winner of Sanford Meridian and Beaverton.

“We knew that,” he said. “Coach told us before the game that the first team to score 40 points was going to win.”

As it turned out, the Norsemen didn’t have to get to 40 points. They managed to win by scoring fewer than the 39 points that their standout junior guard TJ McKenzie collected in Wednesday’s semifinal victory over Ravenna.

Kent City limited McKenzie to 12 points on Friday, but the Norsemen’s supporting cast had his back.

“Isn’t that something?” North Muskegon coach Chuck Rypstra said with a smile. “I wrote on the board, what kind of team is going to show up tonight? Team. Not TJ by himself, but which team? It had to be a team effort, and we got that tonight.”

The contest was a back-and-forth affair throughout. Kent City took an 18-17 lead into halftime, but North Muskegon gained an edge late in the third quarter after junior center Jesse Cooke drained a corner three-pointer and Warren converted a layup to give their team a 28-26 lead.

“We had a couple missed assignments that let Cooke hit a couple outside shots, and No. 5 (Warren) made some big plays for them,” said Kent City head coach Dave Ingles.  “We’ve held teams to (an average of) 38 points a game. We did that tonight, but we just couldn’t hit our shots.”

Kent City scored the opening two buckets of the fourth quarter to grab a 30-28 lead, but the Eagles’ offense was mostly contained in the closing four minutes. 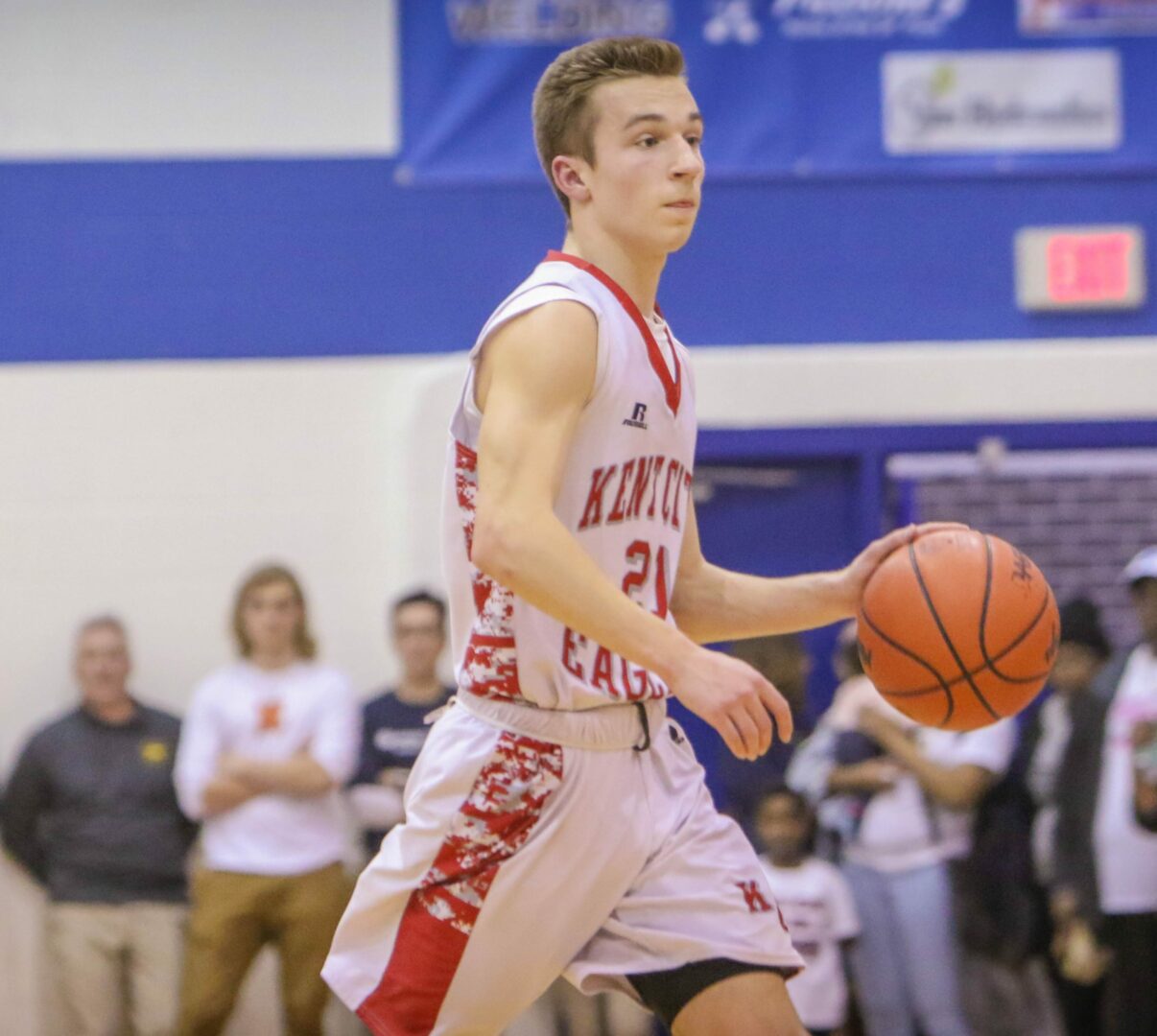 North Muskegon’s 6-foot-6 Cooke, who had 10 points and five blocked shots, broke a 32-32 tie when he skied in the paint for a putback score with three minutes to play.

Then after a Kent City turnover, Warren split a pair of free throws with 1:49 left to give the Norsemen a three-point cushion at 35-32.

North Muskegon’s defense forced another stop, but McKenzie was called for traveling on the ensuing possession, giving the Eagles another chance to tie.

But the Norsemen remained cool under pressure. After the Eagles’ Fraser Wilson split a pair of free throws with 16 seconds to play, making the score 35-33, North Muskegon easily handled Kent City’s full-court pressure, and Warren was sent to the free throw line for his two biggest attempts of the season with 10 seconds left.

He made them both, securing the victory and the championship for the Norse.

“I wasn’t nervous,” Warren said. “I just tried to treat it like shooting them at practice.”

Ingles was disappointed but proud of his team in the moments after his Eagles suffered their first and final loss of a great season.

“We dodged 21 bullets all season long,” said Ingles, his eyes red with tears. “North Muskegon finally got one in the chamber and got us.

“We’re hurting now, but I told the kids that we re-wrote the record books at Kent City, with 21 straight wins. It’s been amazing to be a part of this.” 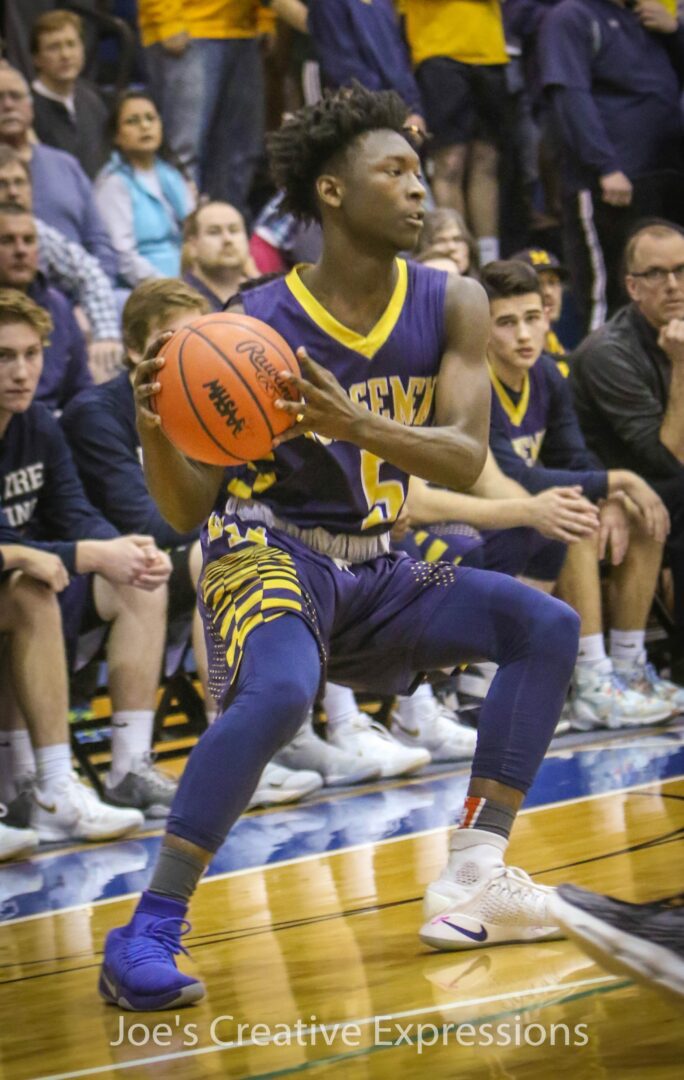 North Muskegon’s De’Shary Warren gets ready to make the pass out of the corner. Photo/Joe Lane 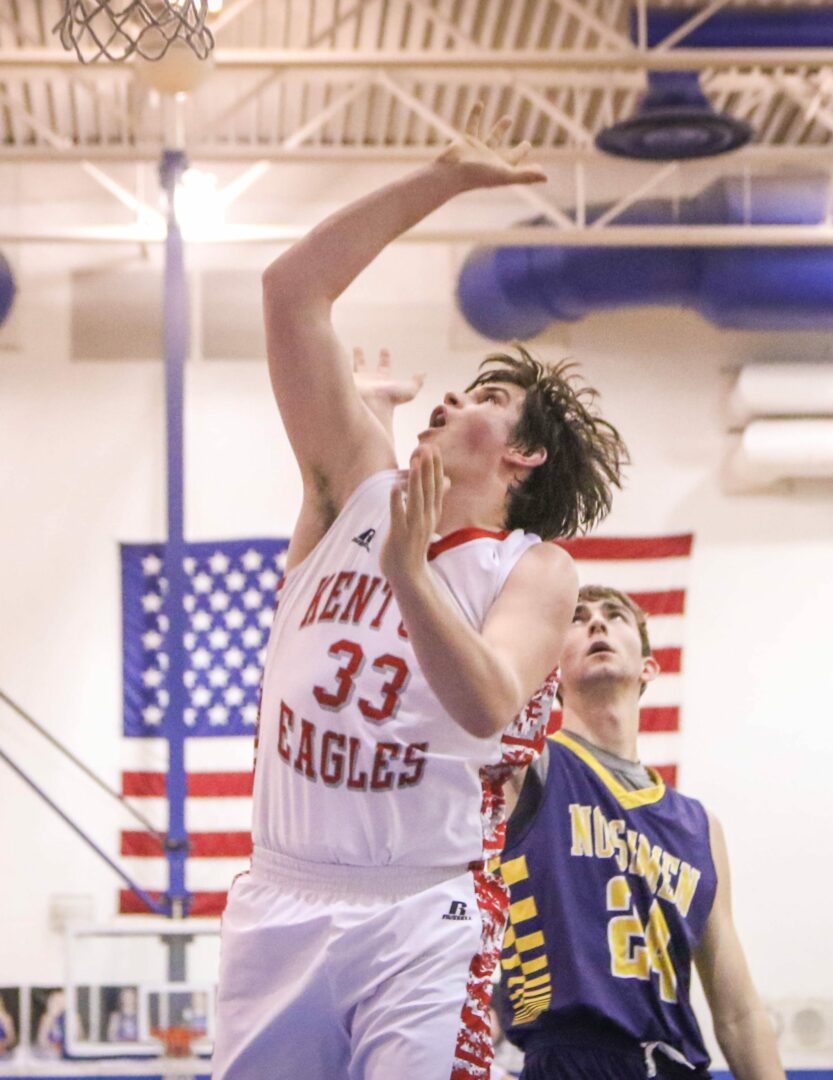 Kent City’s No. 33 Brenden Geers goes up for the shot past Jesse Cooke. Photo/Joe Lane 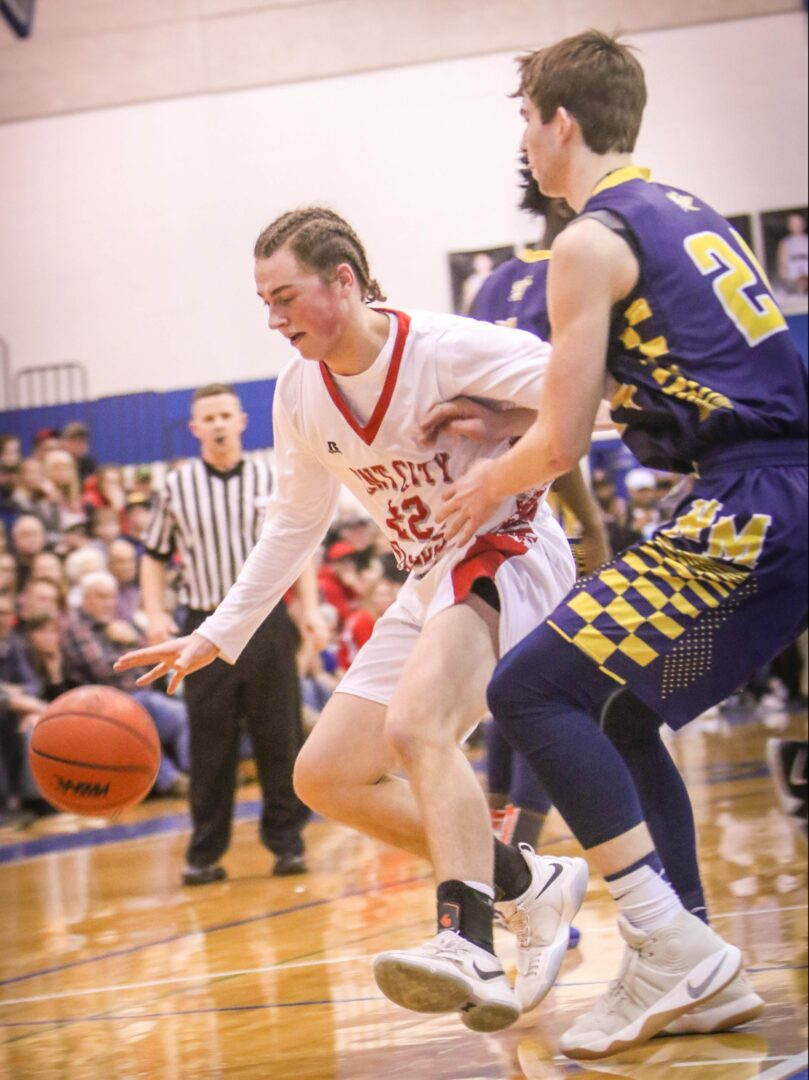 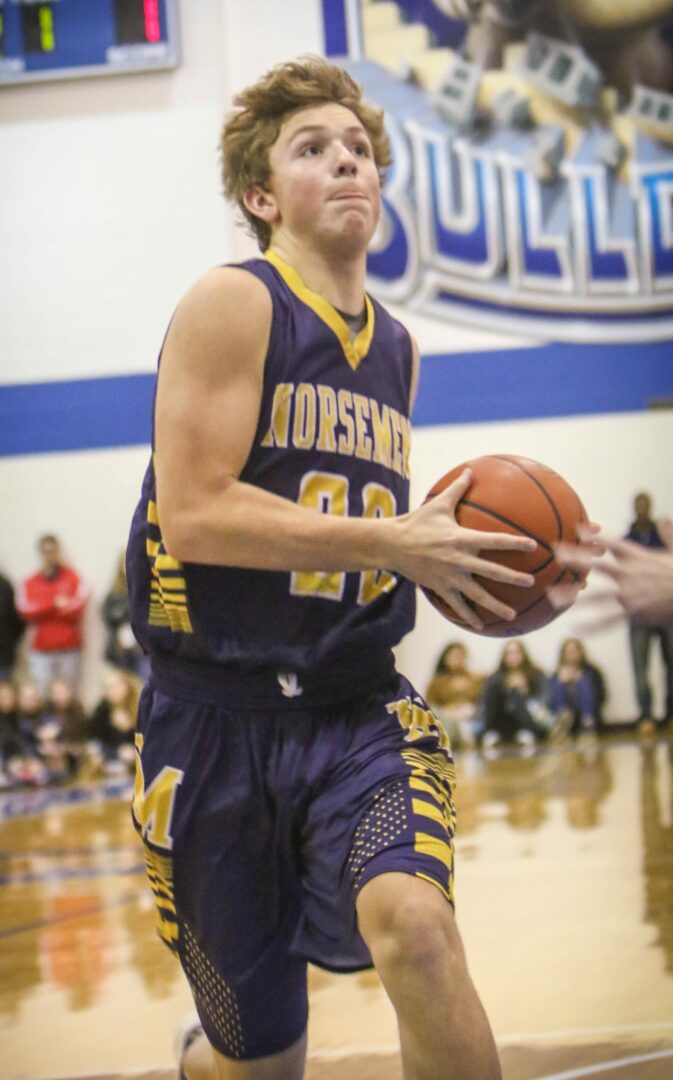 John Hayhurst gets ready to go up with the layup in transition for North Muskegon. Photo/Joe Lane 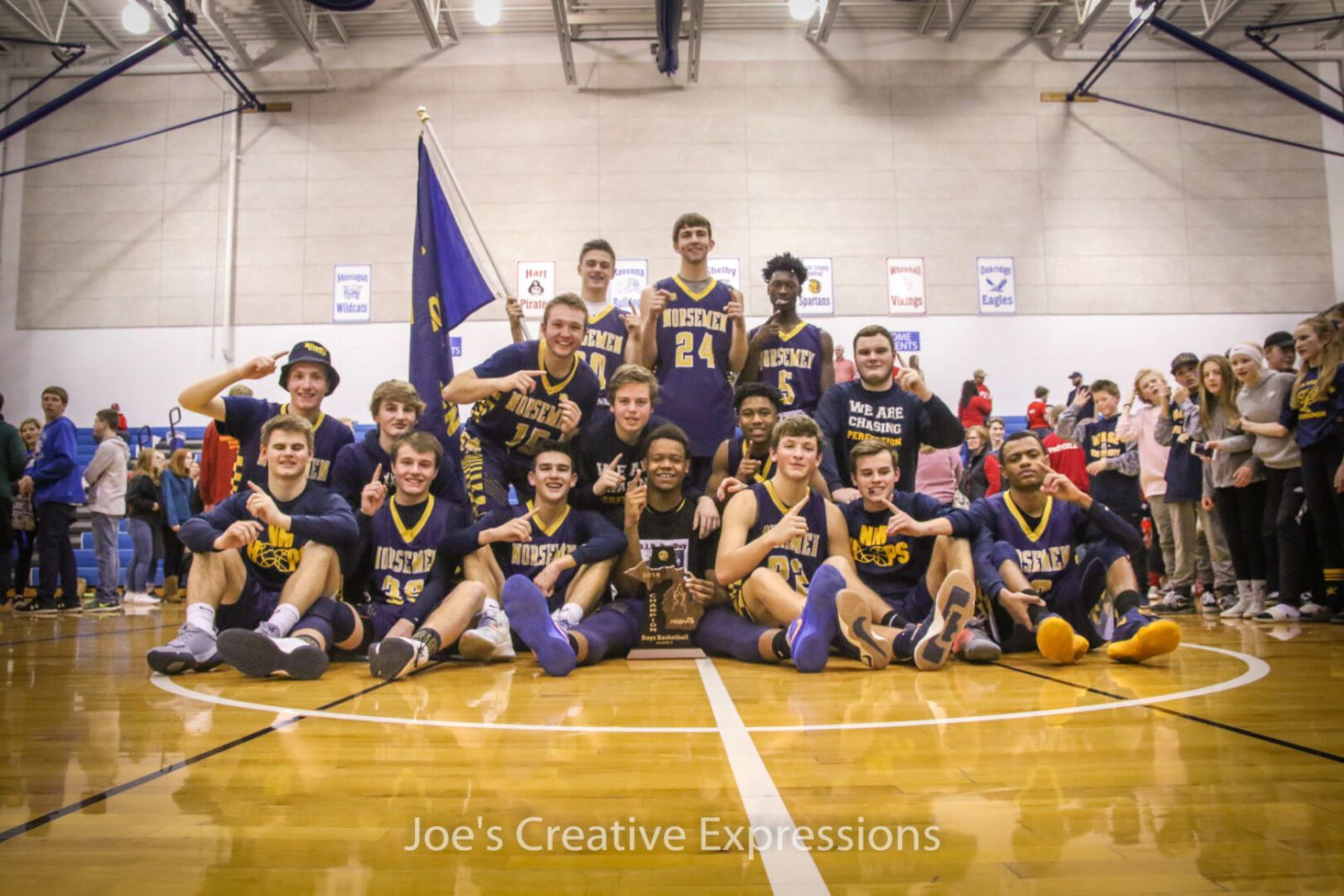 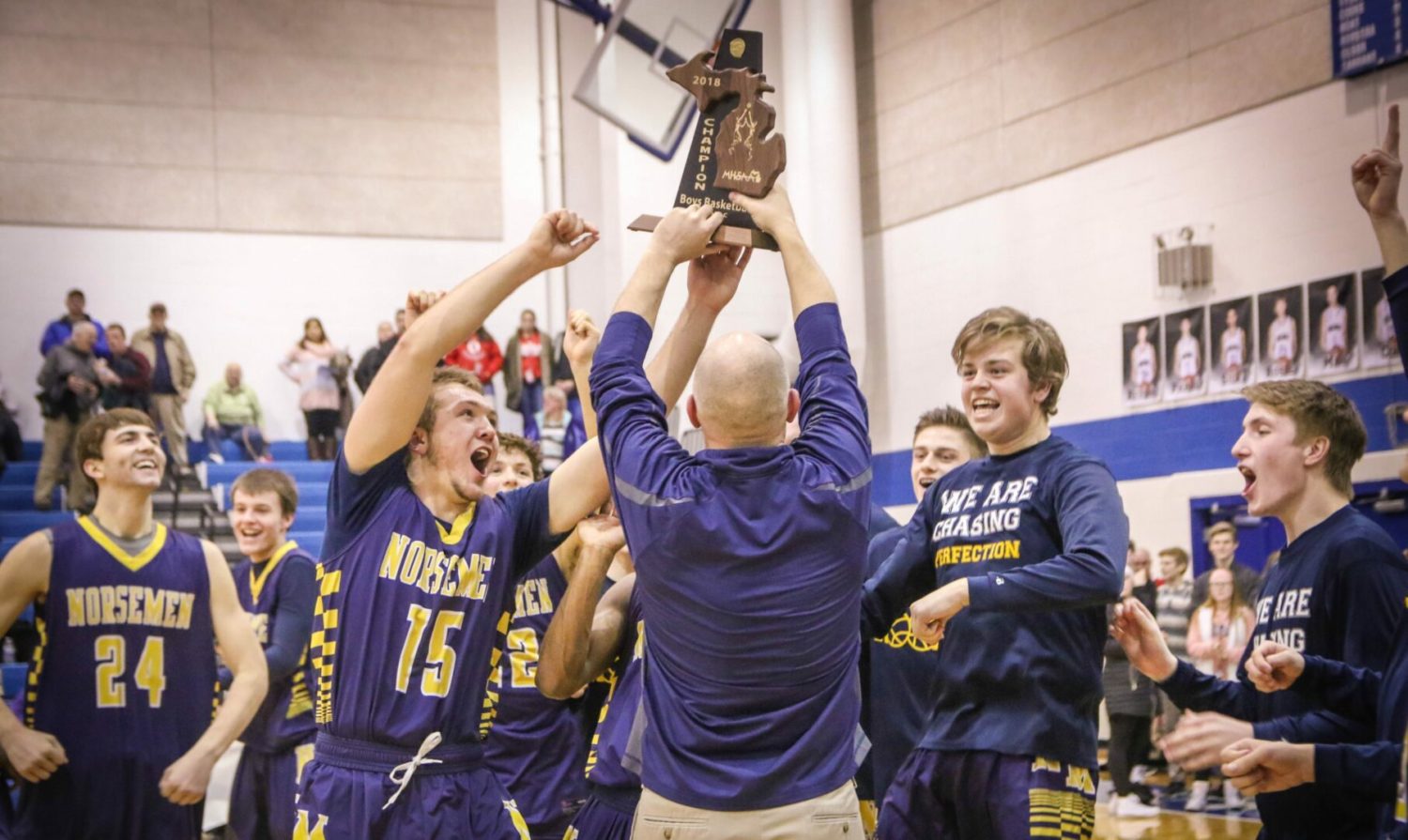 Moyes Memories: Tony Jasick accepts his latest challenge at the University of Jacksonville