SPRING LAKE – On a Friday night in front of its home crowd, with a chance to claim a second

consecutive Class B district title, the Spring Lake boys basketball team did not

Big runs on offense in the first half, combined with a smothering defense in the second half, helped the Lakers defeat Oakridge 59-40 and claim their fifth district title in six years.

Spring Lake, which improved to 18-4 on the season, advances to face Grand Rapids Catholic Central in regionals next Monday at Grand Rapids West Catholic. 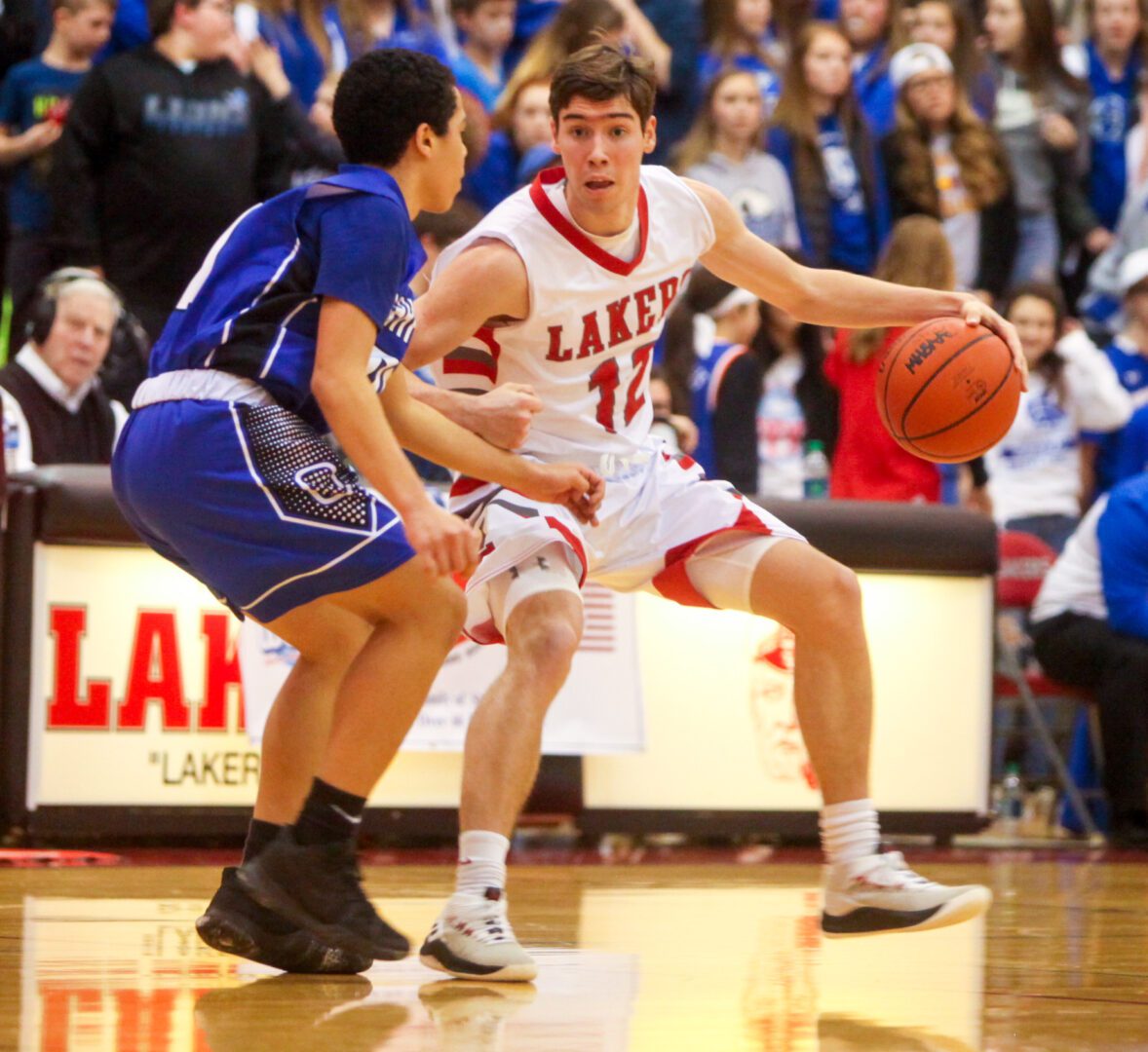 The Lakers will be looking to an upset after losing twice to GRCC earlier this season.

Both offenses played well in the opening frame, but it was the Lakers who led 21-15 after one.

Trailing 5-2, Spring Lake went on a 15-2 run to take a lead it would not relinquish.

The teams exchanged baskets for much of the second quarter, but the Eagles couldn’t cut into the Lakers’ lead.

Oakridge didn’t have an answer for Spring Lake’s big men, Sam Johnson and Griffin Lorimer. The two combined for 24 first-half points, helping the Lakers take a 36-29 lead into halftime.

The Lakers increased the lead to 42-29 by scoring the first six points of the second half, and holding the Eagles scoreless for more than half of the third quarter.

“They’re a good team and they played solid defense,” Oakridge coach Tracy Ruel said. “We had six or seven layups that we missed in the third, and in a game like this you just can’t miss those.” 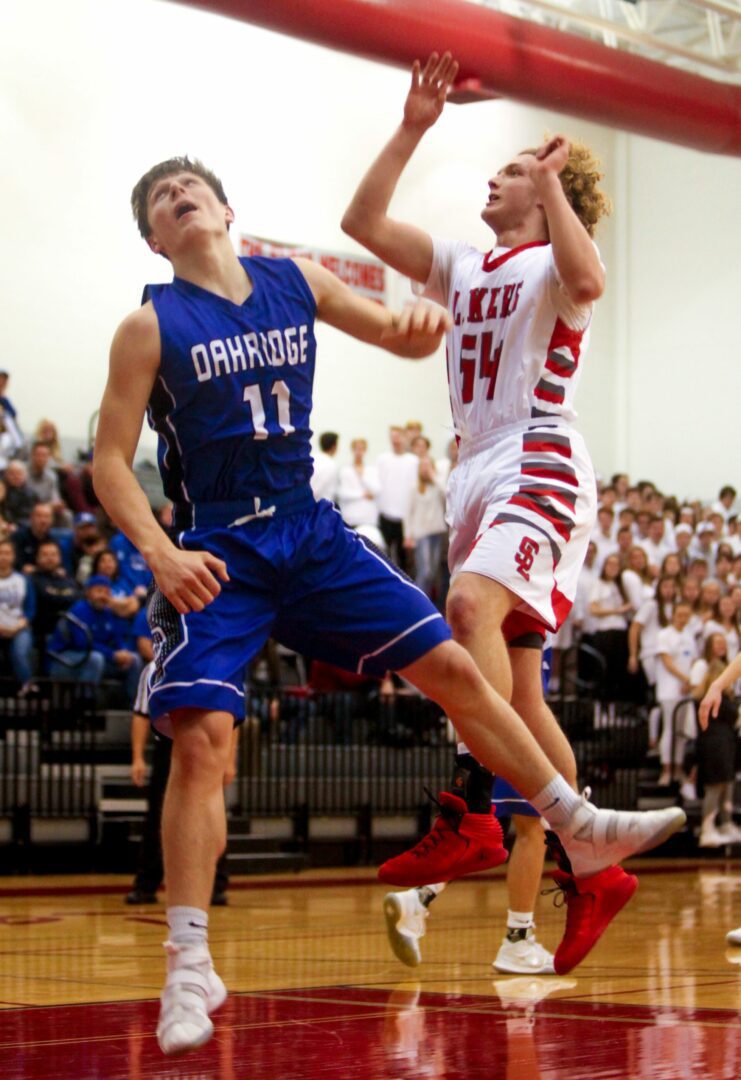 No. 54 Griffin Lorimer gets the shot over Oakridge’s Coleman Wall. Photo/Jason Goorman

Lorimer was tasked with slowing Ruel down, and did a good job.

“I was on TJ most of the night,” said Lorimer, who led all scorers with 20 points. “He’s an awesome shooter, but the key was limiting his number of shots.”

Spring Lake outscored Oakridge 15-6 in the final frame. The Lakers used their deep bench and constant substitutions to wear down the Eagles throughout the game.

“With our subs we really don’t lose anything defensively,” Core said. “Maybe a little on offense, but not defensively. And our defense and rebounding has become a staple of our program for the last couple of years.”

Johnson netted 16 with nine rebounds, while VanWingen had 14 points and six rebounds.

Oakridge, which finished the season at 10-12, was led by Ruel with 13 points and Tanner Karel with 10. 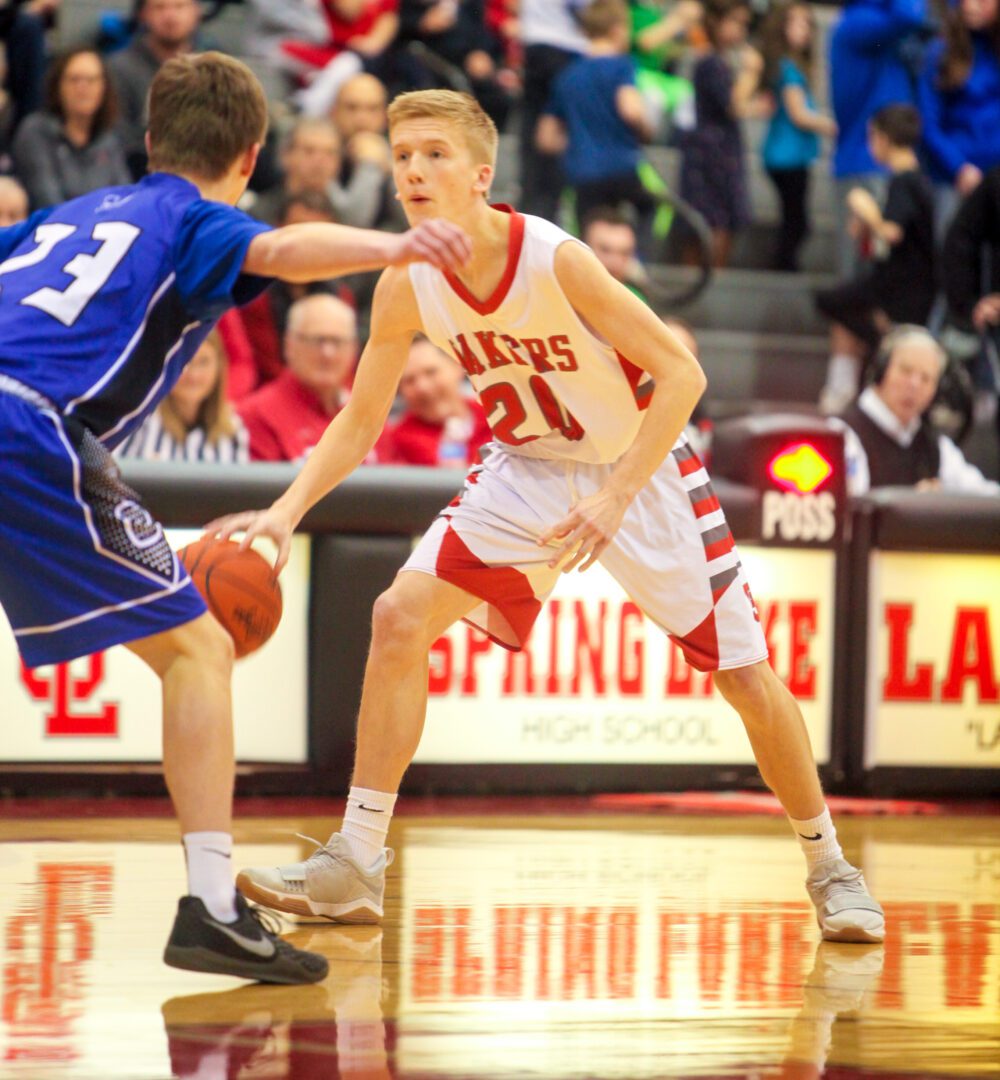 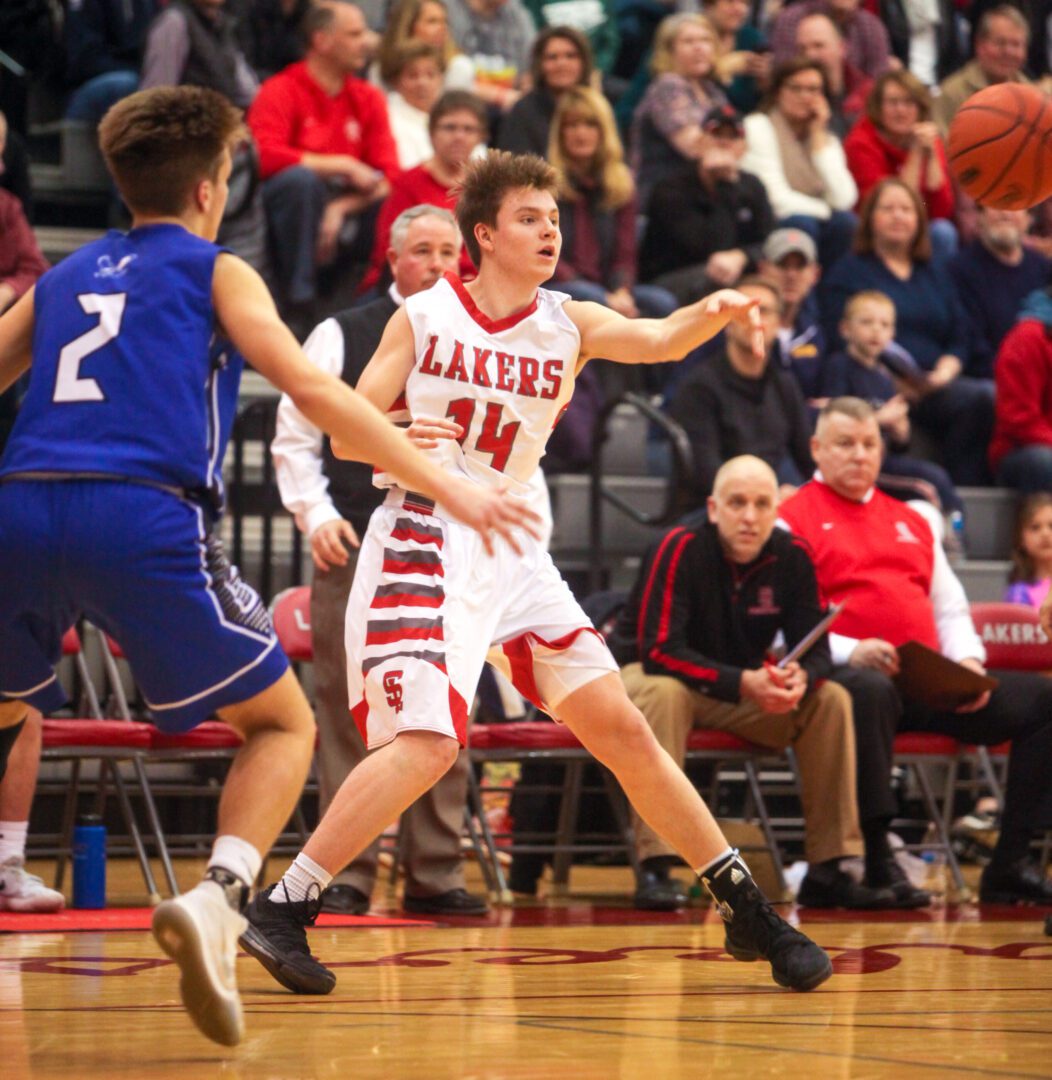 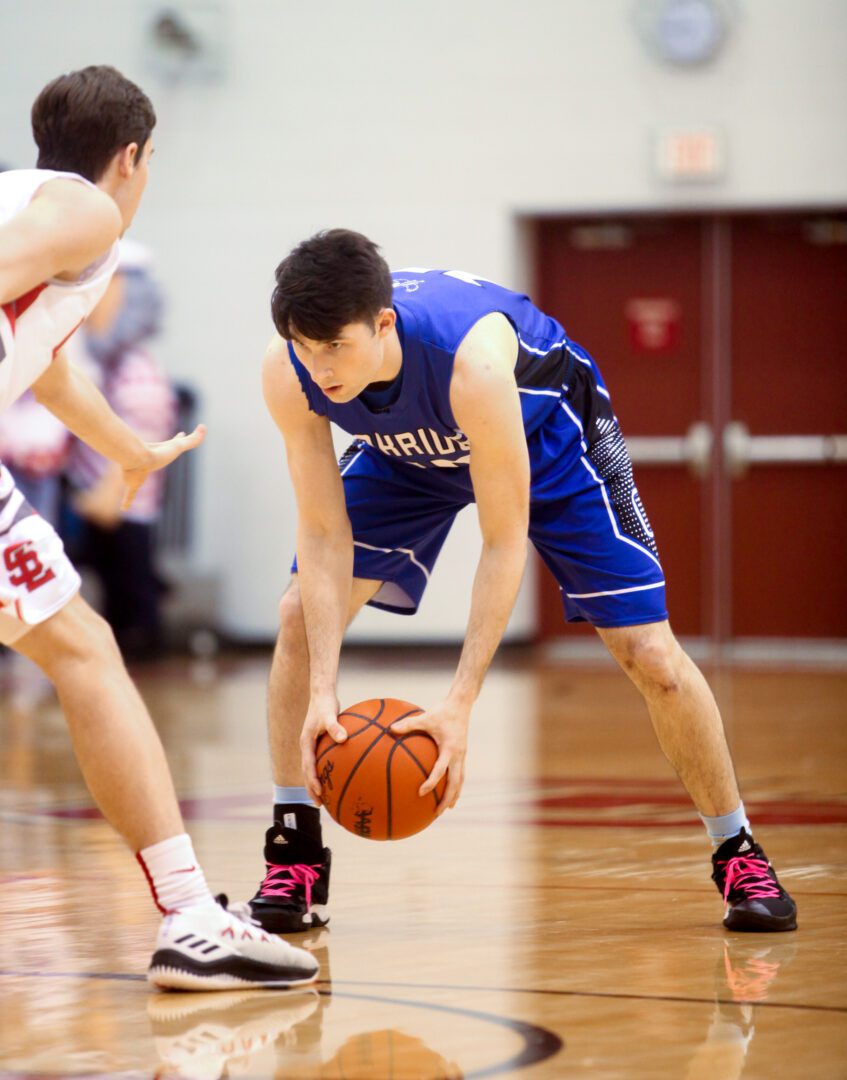 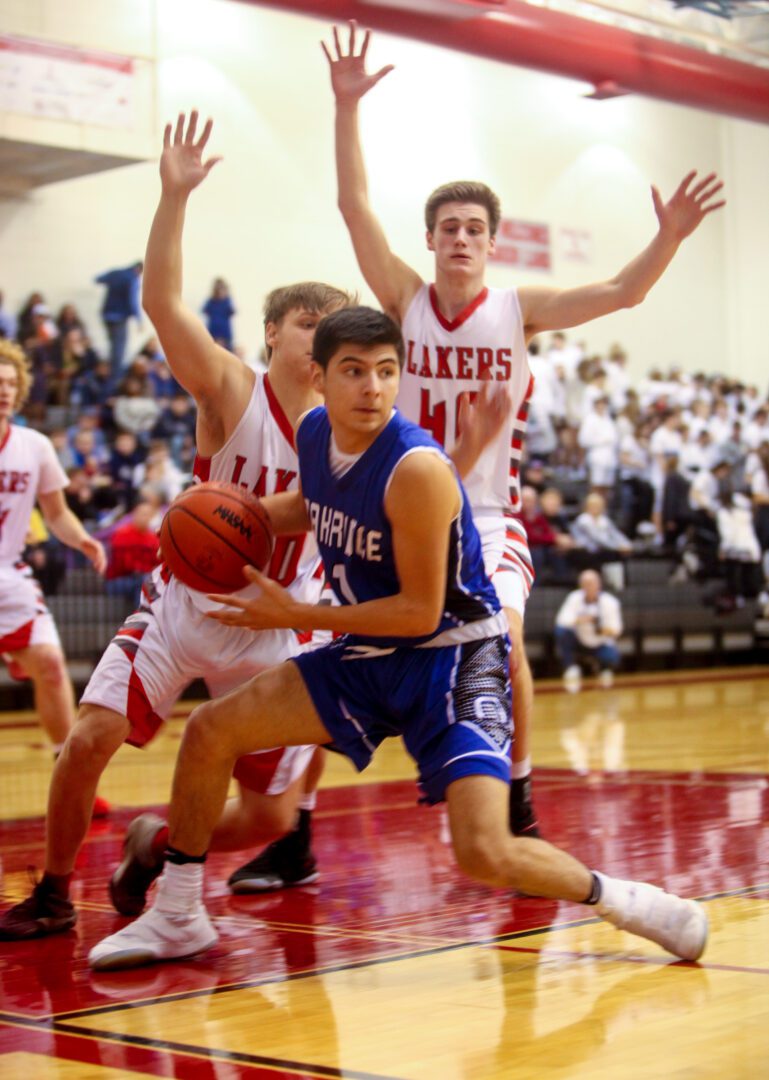 Jalen Hughes looks to kick the ball to the out side against the Spring Lake defense. Photo/Jason Goorman 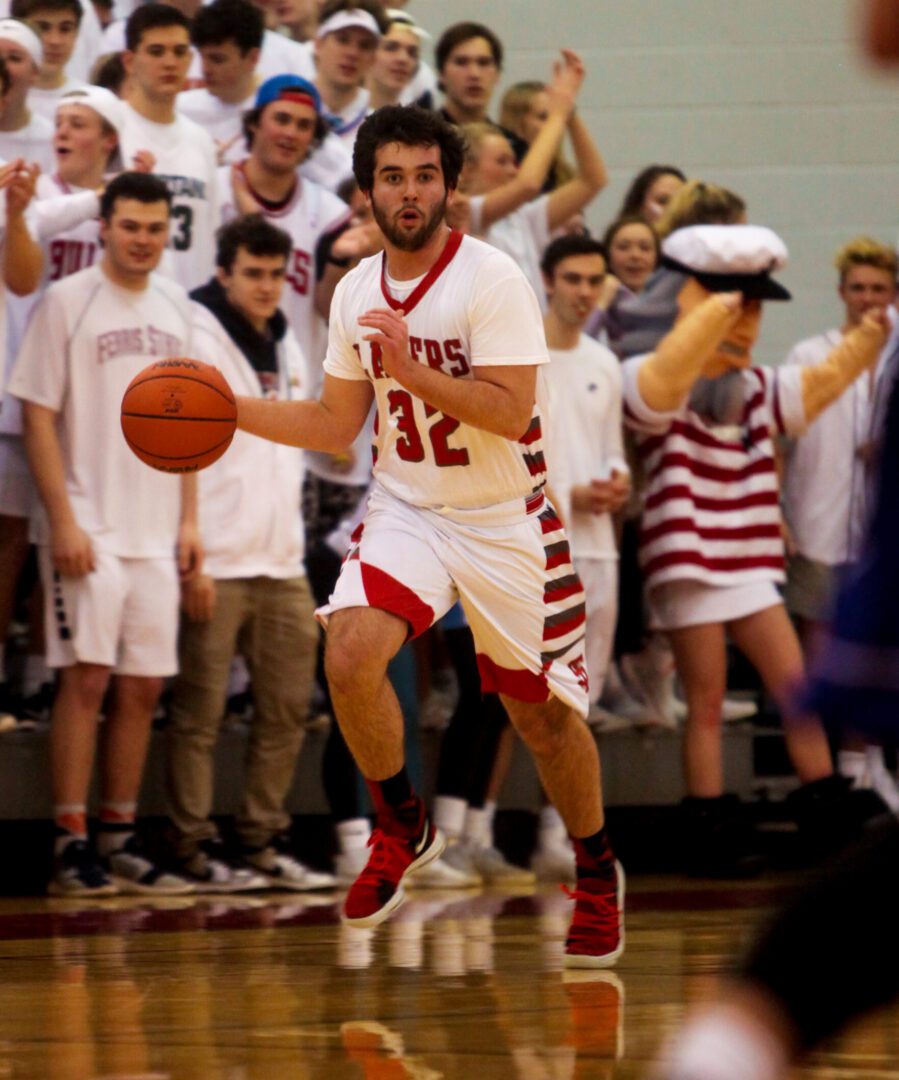 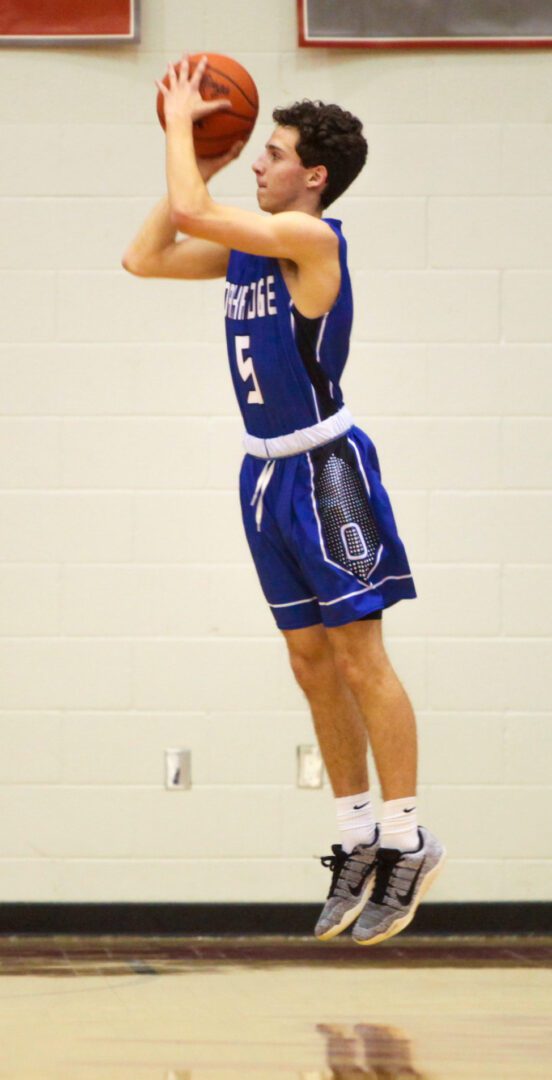 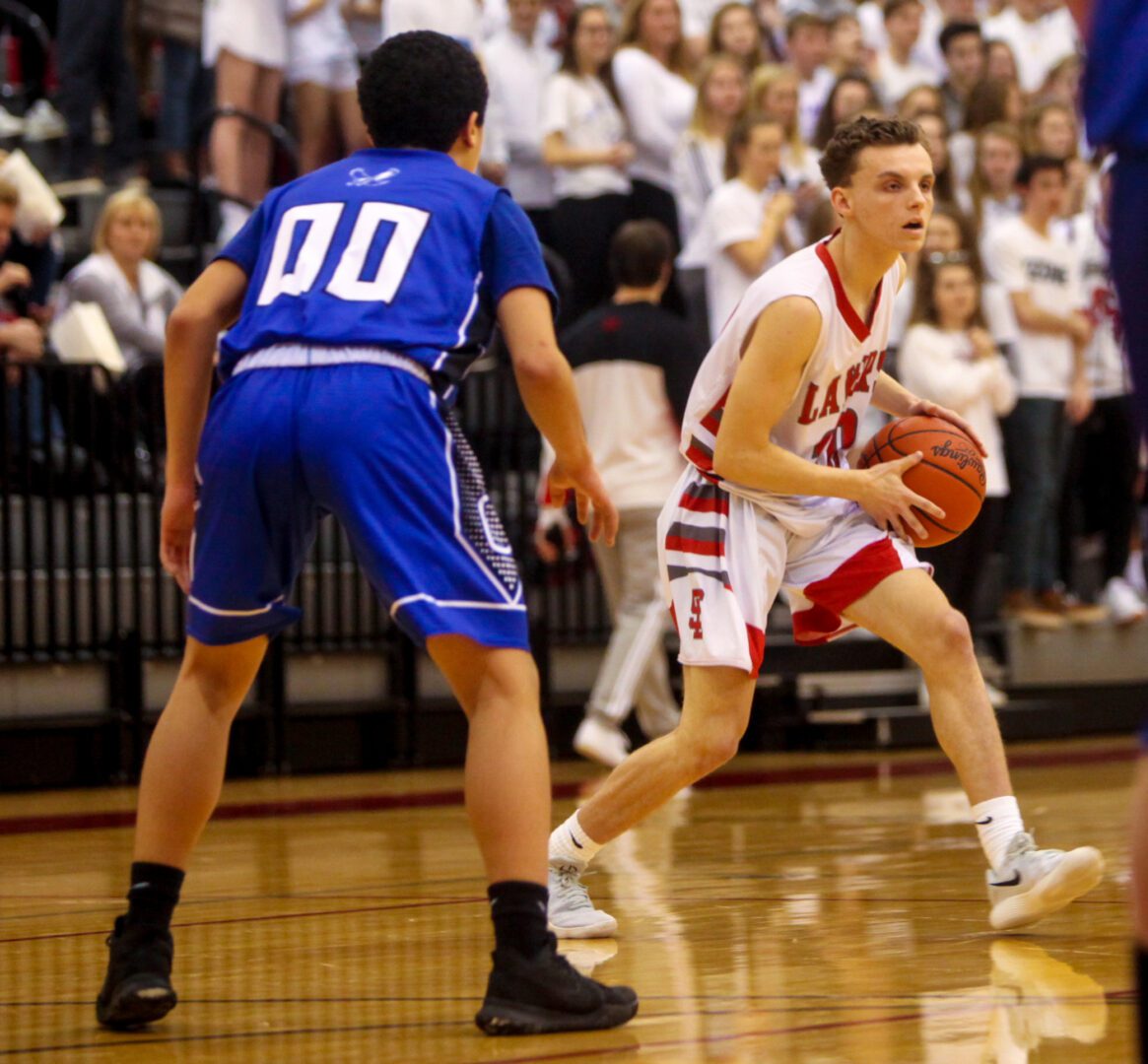 Cayden Ball looks for the open man on the outside while Oakridge’s Coco Watson defends. Photo/Jason Goorman 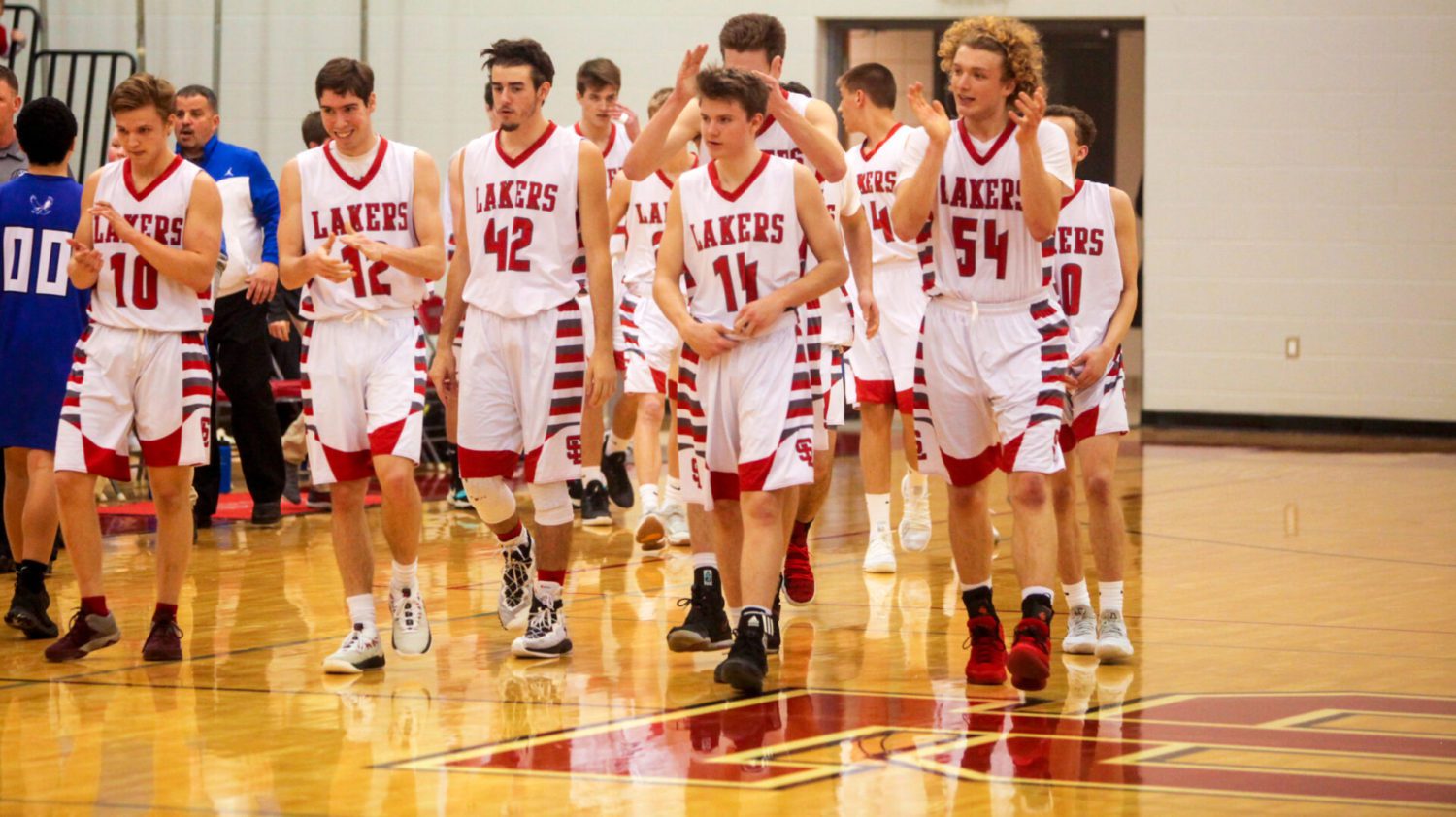 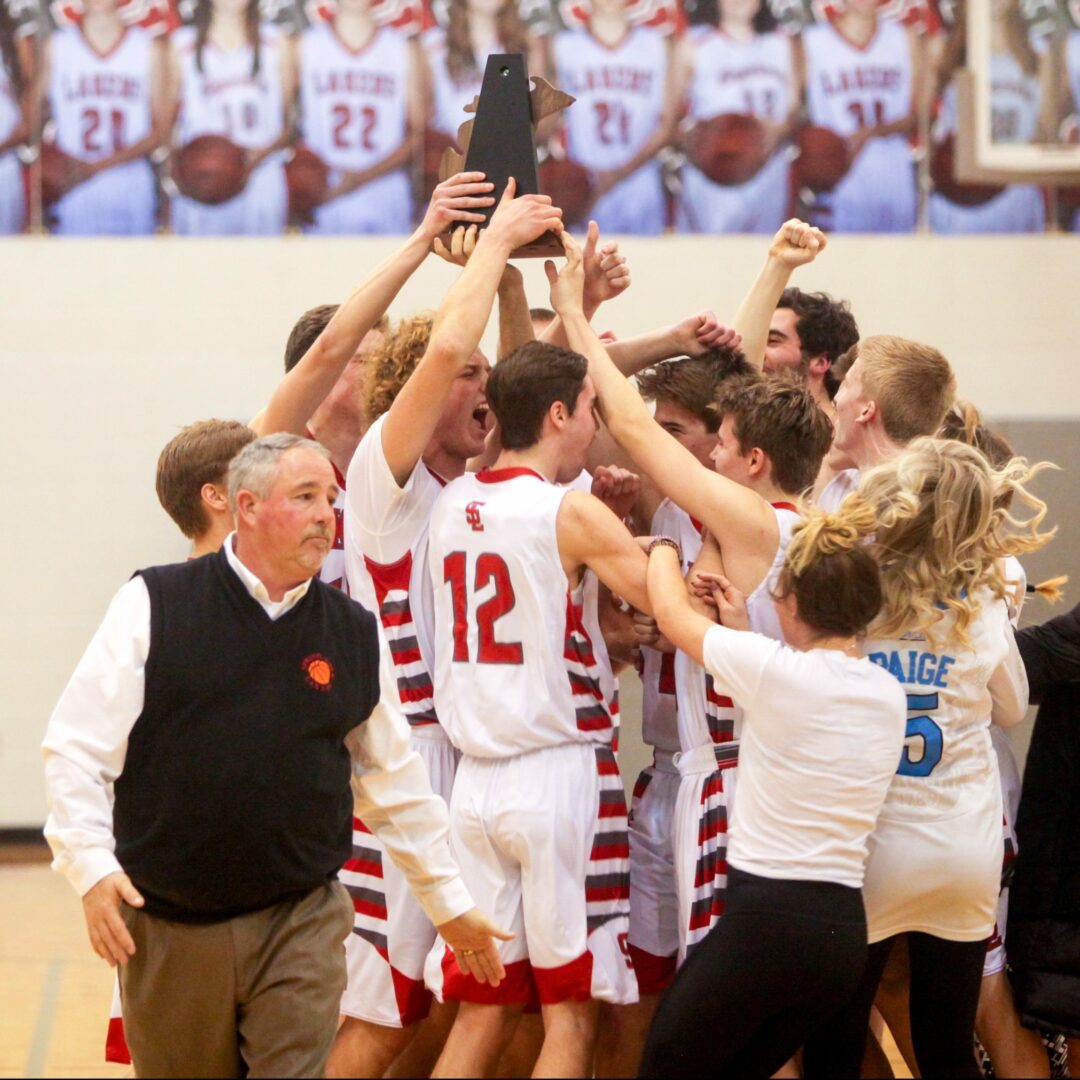 Spring Lake celebrates the Class B district after being handed the championship trophy by Coach Bill Core. Photo/Jason Goorman