semifinal victory over Comstock Park on Tuesday, it was her overall game that really

Wiard entered the fourth quarter with 28 points and looked to be on her way to even more. But a stiffening Comstock Park defense caused her to become more of a playmaker for her teammates.

With the score 44-39 in favor of Oakridge with 2:55 left, Wiard threw a pinpoint pass down to Halle Jennings, who made a layup to extend the Eagles’ lead to 46-39.

After a Comstock Park free throw made the score 46-40, Wiard drove away from Panther defenders before eventually hitting a floating shot from about eight feet to give Oakridge a 48-40 lead with 1:25 left. 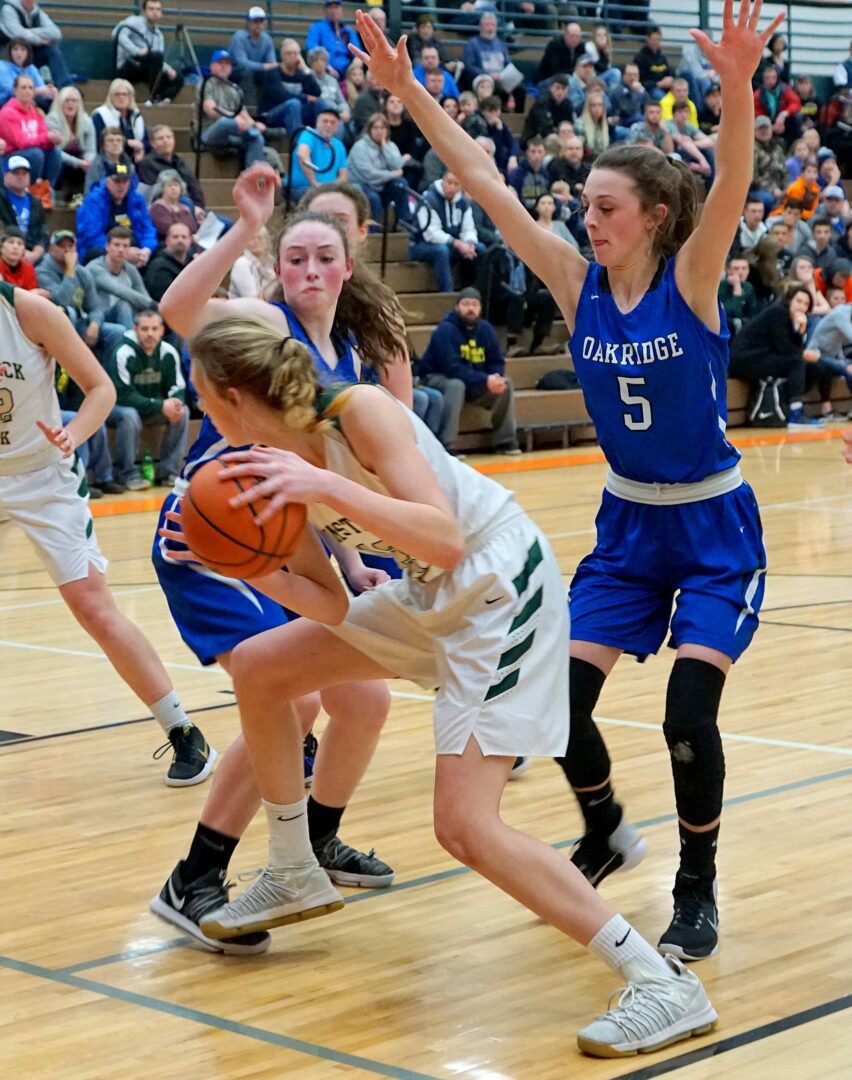 Comstock Park went on a 5-0 run to make the score 48-45 with 41.2 seconds left. The score remained the same after Oakridge missed several free throws, giving Comstock Park a final chance.

With 11.2 seconds left, Wiard and her teammates clamped down on defense and prevented the Panthers from getting off a final 3-point attempt. Then the ball came loose, Wiard recovered it and dribbled out the clock to seal the victory.

“We gave them a bit of a window,” said Oakridge head coach Terry DeJonge about the missed free throws down the stretch. “But the defense stepped up, and having a three-point lead with 20 seconds to go, I felt really good.”

Comstock Park started the game strong, taking a 10-2 lead before Oakridge stormed back with a 9-2 run. After one quarter, the score was 12-11 in favor of Comstock Park. Wiard scored nine of the Eagles’ points.

Oakridge pulled ahead 23-20 by halftime, with Wiard netting 12 points in the second quarter.  Wiard had 21 of the Eagles’ 23 first-half points.

The third quarter was pretty even, with Oakridge leading 36-34 heading into the fourth. Wiard had seven points, bringing her total to 28 points after three quarters. 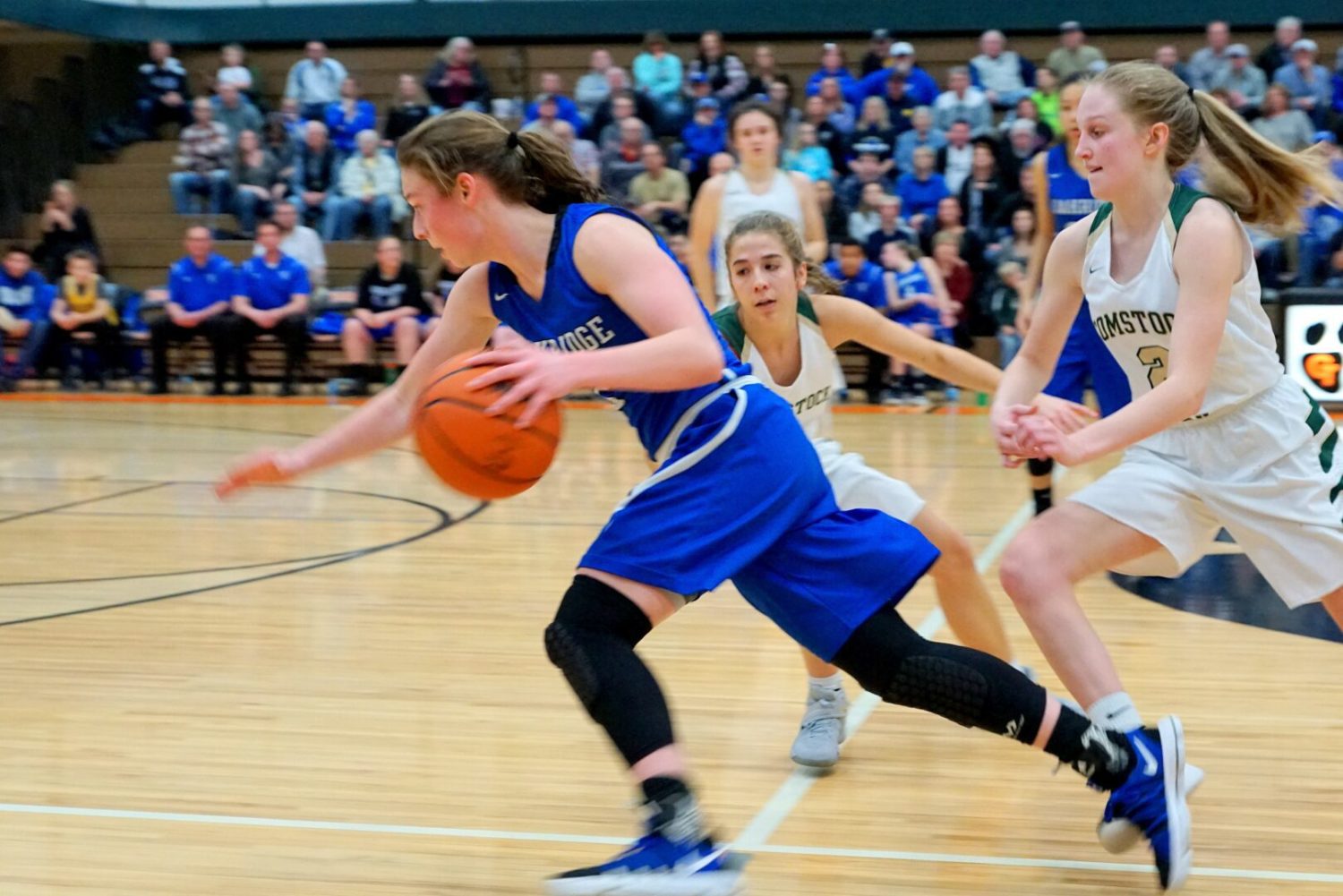 Oakridge guard Sophia Wiard drives past the defense along the sideline. Photo/Leo Valdez

Aaliyah Cooper nailed a 3-pointer on the Eagles’ first possession of the fourth quarter to make the score 39-34.

Just over three minutes later, Cooper hit a second three from about the same spot, making the score 42-37 in favor of the Eagles.

“Cooper’s a senior,” said Wiard about her teammate. “She’s going to come up big in these last games because she’s been working hard and she’s hungry, too.”

Each team scored a basket before Wiard found Jennings for the layup to make the score 46-39 with 2:55 left.

On the next Oakridge possession, Wiard dribbled off some of the clock before she scored the last Eagle basket of the game with 1:25 remaining.

“If people don’t think she’s a Miss Basketball candidate they should’ve been to this game,” said DeJonge about his junior guard. “She’s one of the best players in the state of Michigan. She was ready to take the shots when needed.”

Oakridge, now 21-3 on the season, will face Grand Rapids South Christian in the Class B regional final at Grant on Thursday at 7 p.m.