The Ironmen nursed a fragile five-point lead late in the second quarter, and narrow six- and seven-point advantages in the third.

But the Ironmen finished strong in the fourth quarter and pulled away for a 62-41 victory over the Midway Marauders at L.C. Walker Arena.

The local squad proved that it’s ready for the league playoffs, which are suddenly right around the corner.

The MPIF announced that due to the Chicago Blitz folding out of the league, the playoffs will begin next
Saturday, earlier than originally scheduled.

The Ironmen, now 4-0 on the season, earned the top seed in the four-team playoff format and will have home field advantage throughout. Their first-round opponent was still to be determined at the conclusion of their game. 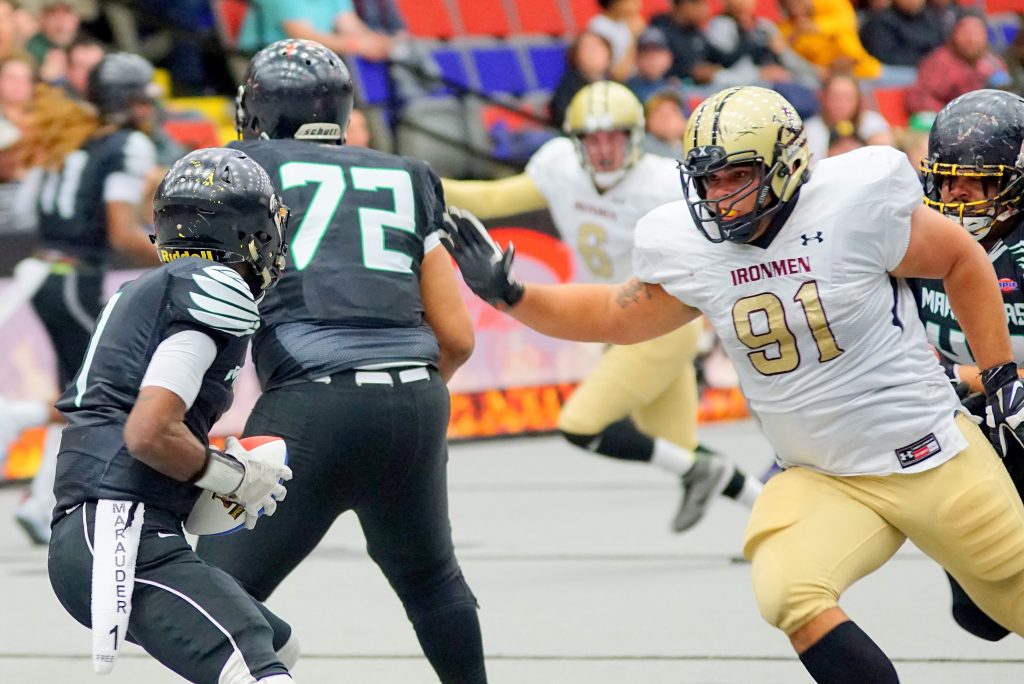 To earn that top seed, they had to get past Midway, which proved to be a challenge.

“They have some athletes,” said Ironmen Coach Ty Lynk about the Marauders. “We knew that coming in. We are still not doing what we need to do. We give up more points than we should.”

The Ironmen stormed out to a 26-0 lead after the first quarter, led 33-21 at halftime had a 41-34 advantage heading into the final stanza.

The Marauders cut their deficit to 41-34 with two minutes remaining in the third quarter on a five-yard quarterback keeper by Andre Locke.

West Michigan responded with a pair of rushing touchdowns by Dakota Smith, from three yards and one yard out, and took a 55-34 lead with eight minutes remaining.

The Marauders fought back again and narrowed the score to 55-41 with 6:28 left in the fourth quarter on a 10-yard touchdown pass from Locke to Chris Williams. 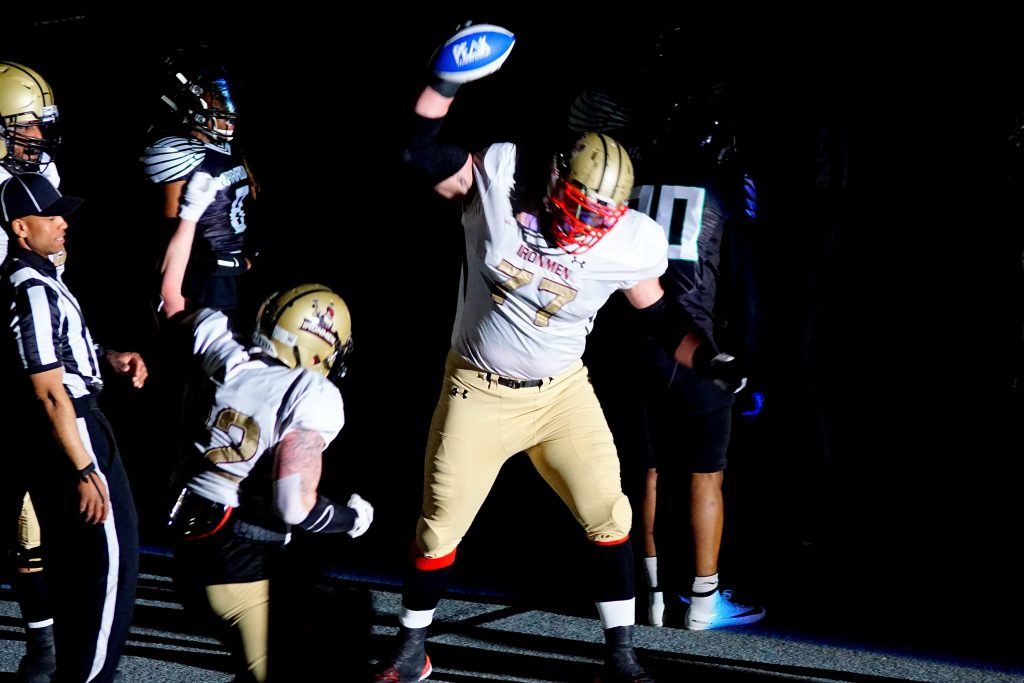 No. 77 Jesse Somsel spikes the ball after scoring for the Ironmen. Photo/Leo Valdez

But the Ironmen finally put the game on ice with two minutes left on a 7-yard rushing touchdown by quarterback Alex Carder.

“I told the guys we were playing with too much emotion,” said Lynk. “I said that we needed to slow down and play the way we know how to play.”

The Ironmen were led by Carder, who threw for 84 yards on 7-for-13 passing with four touchdowns, one rushing touchdown, and one interception.

The Ironmen defense was led by Ronnie Nelson with seven tackles while Jamie Potts added five. 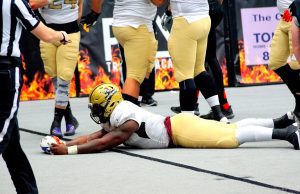 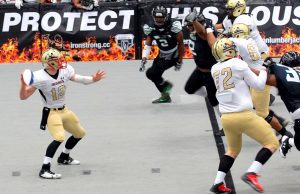 Travis Zajkowski drops back to make the pass for the Ironmen. Photo/Leo Valdez