MUSKEGON – After plowing through their first four games with

relative ease, the West Michigan Ironmen were finally challenged at the most crucial time of the

season, with the Midwest Professional Indoor Football league title on the line.

They found themselves leading the Midway Marauders by only three points – 47-44 – with 8:54 left in the game.

But the Ironmen dug deep, outscored the Marauders 21-0 down the stretch, and claimed the first league championship trophy in their three-year history with a 68-44 victory over the Marauders in front of a big enthusiastic crowd at L.C. Walker Arena.

The Ironmen finished the season with a 5-0 record and took the title away from the Marauders, who won it in 2017. 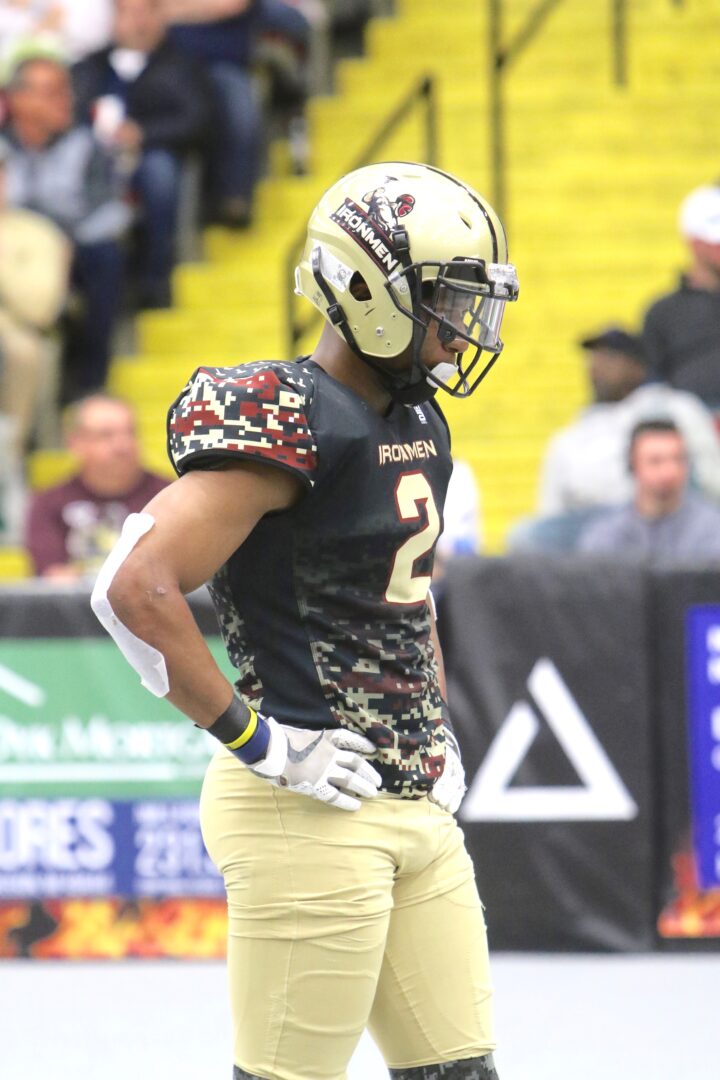 “We had two costly turnovers, but what I loved is that our team didn’t lose their composure,” said Ironmen Coach Ty Lynk, whose team had outscored opponents in four previous games by a combined 276-90. “They just got back on the bench and realized that we got to make plays. We got some great plays from players that needed to step up.”

The championship of the MPIF was not what the Ironmen had in mind as the season approached in the late winter.

They intended to join the elite Indoor Football League this season, but were blocked at the last moment by legal disputes. So they joined the MPIF, a lesser regional league, shortly before the season began, to give the players something to compete for and the fans something to cheer for.

In the end everybody was very happy.

“It feels great,” said Lynk, who added that the team will soon announce its future plans, which will include a different league next season. “I tell everybody that when you have a chance to play for a trophy or a ring, you got to take it for what it’s worth.

“The biggest part was the community. We had a good 2,500 people here and they stayed with us. The players stayed with us and I think we built a culture that everybody is proud of. Muskegon proved that it is a good city.”

Midway had a 6-0 lead in the opening minutes of the game, then the Ironmen had the advantage the rest of the way, with leads of 20-13 after one quarter, 40-27 at halftime and 47-37 after three quarters.

But things got a bit uncomfortable with 8:07 left in the fourth quarter, when Midway’s Ian Gaines caught a 12-yard touchdown pass from quarterback Andre Locke, and the extra point made the score 47-44.

Then the Ironmen got serious.

The final surge started when Carrington Thompson returned a kickoff 44 yards to put West Michigan back on top 54-44 with 8:41 remaining. 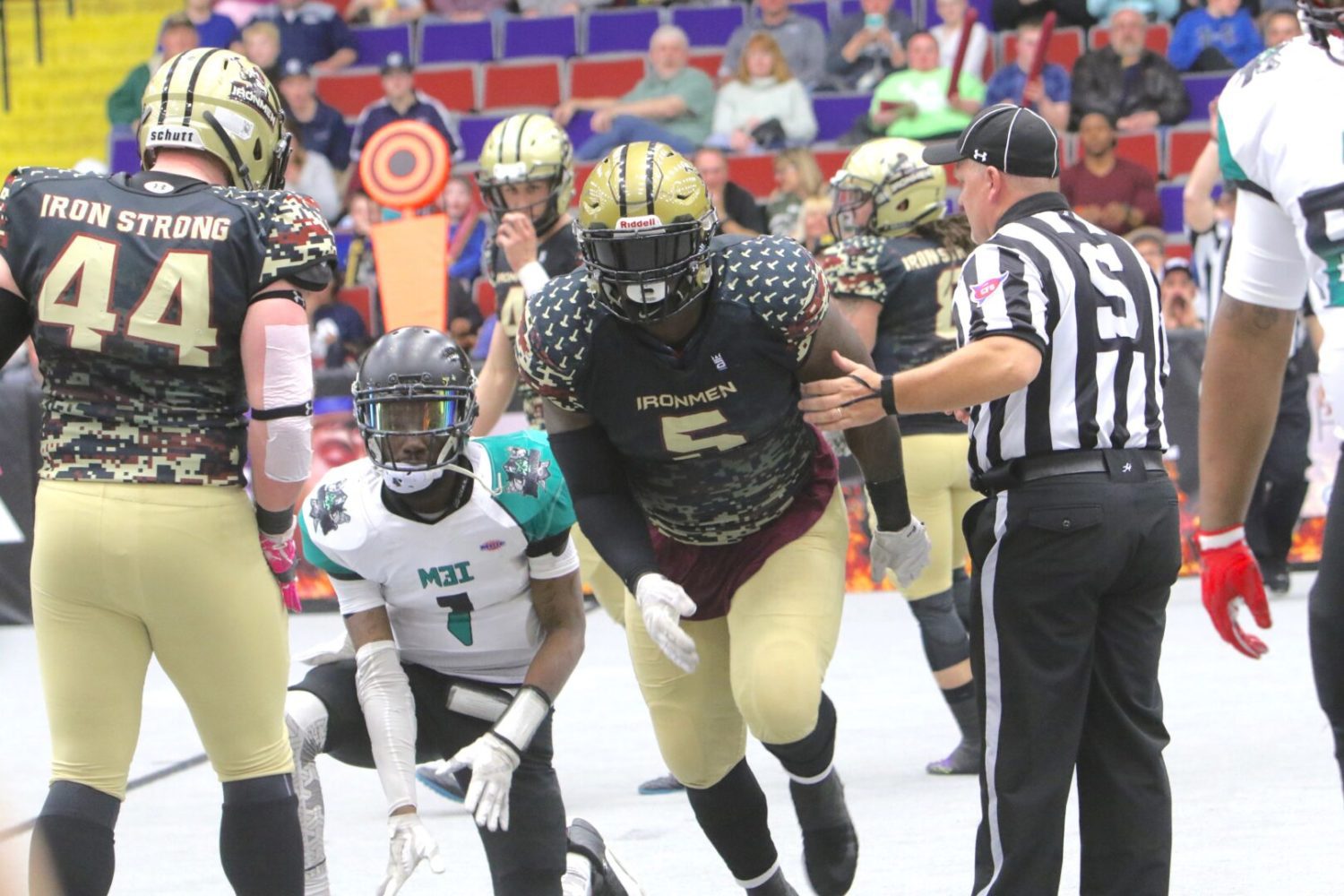 No. 5 Rony Nelson after making the tackle for West Michigan. Photo/Joe Lane

The Marauders got the ball after and drove to the Ironmen 9-yard-line, but West Michigan’s Erik Thompson picked off a pass at the 2-yard line and returned it to the 8, ending the threat.

Then with under two minutes left, Oakridge High School graduate and former Grand Valley State University star Jamie Potts intercepted a pass and returned it 27 yards for a touchdown, to complete the championship victory.

Then the celebration was on.

Nobody was happier than Carder, who threw seven touchdown passes in the game.

“It feels great, just being in Muskegon and seeing how we’ve develop over the past three years,” said Carder, a Grand Rapids resident who has been the Ironmen’s starting quarterback for all three seasons of their existence. “This is going to be great for the city and the team going forward.”

Carder said he wasn’t overly concerned when the Marauders rallied and made it close late in the game.

“They have some weapons on offense, and we just had to score more,” he said. “We took care of that.”

Carrington Thompson, who had five touchdown catches in the game, said it was great to get a title in his first season with the Ironmen, after playing college football at Western Michigan University.

“It feels amazing,” Thompson said. “To come from college, then come to another great atmosphere, it’s nice to be out here. The fans showed great love and support, and it feels great to give a championship to Muskegon.”

Thompson said he was determined to make a difference when the game got close, which he did right away with his electrifying kick return touchdown.

“The team needed one so I gave them one,” he said. “It was a great feeling.” 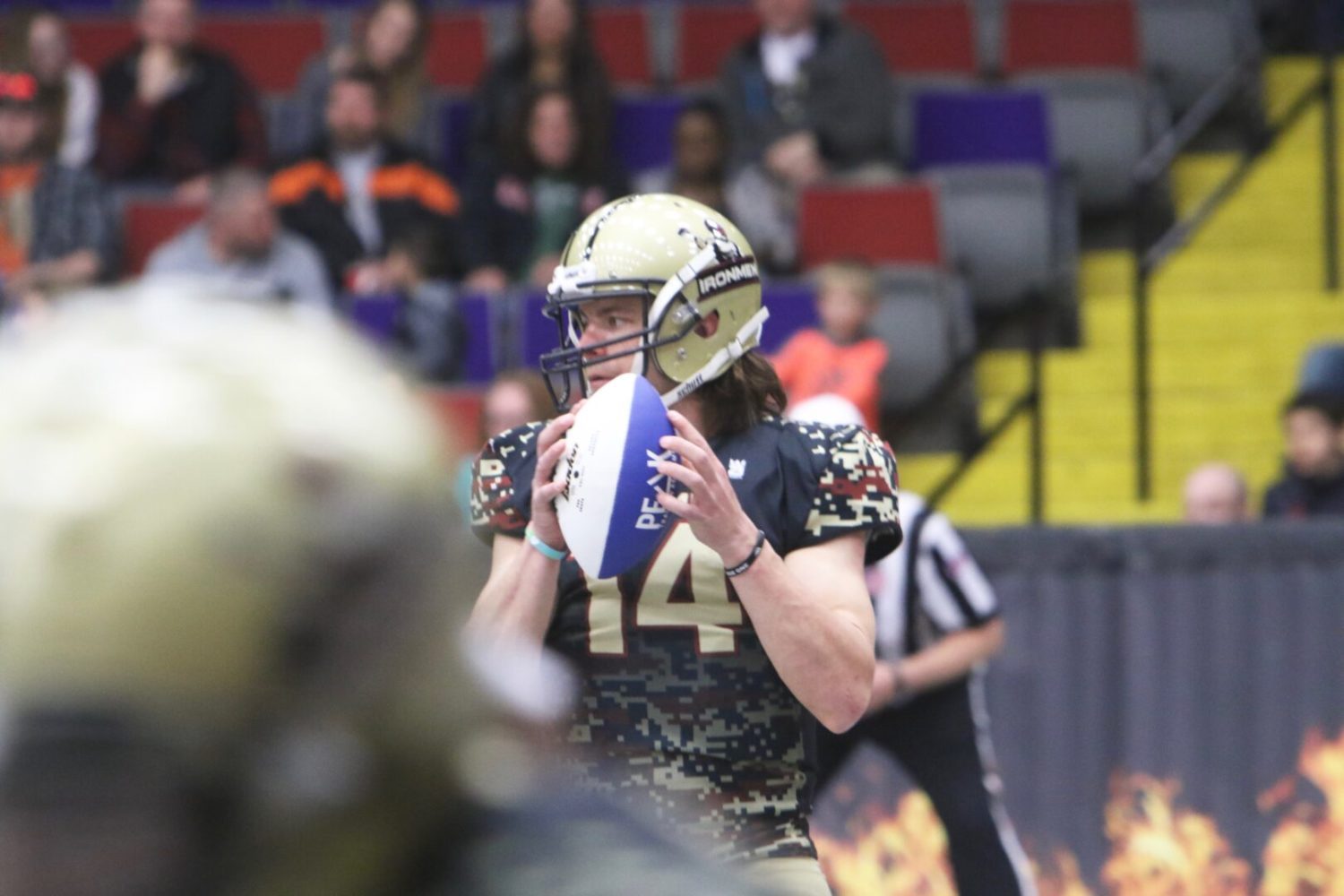 Alex Carder drops back into the pocket for the Ironmen. Photo/Joe Lane 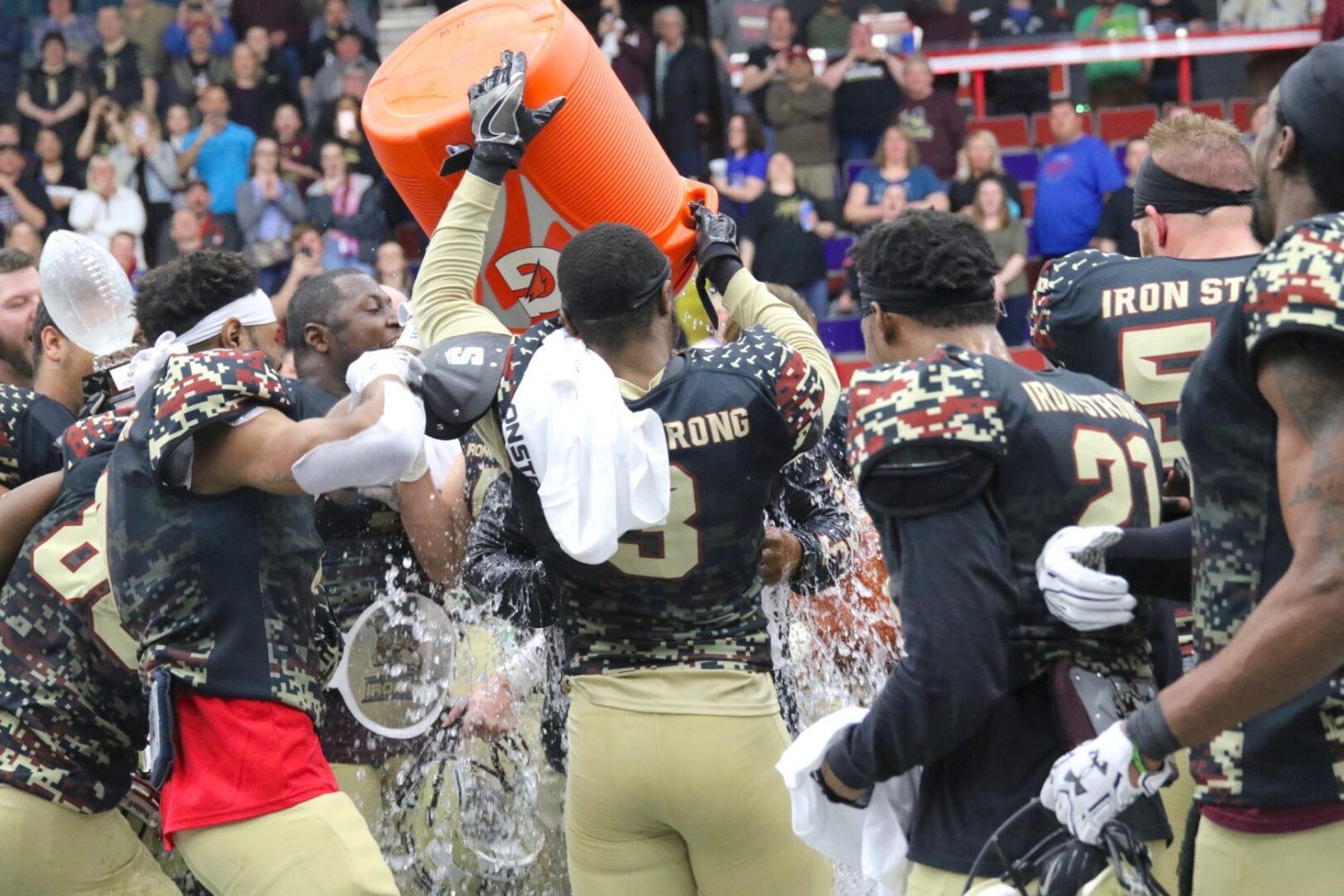 The Ironmen celebrate after winning the championship. Photo/Joe Lane