The Spring Lake softball team recorded an impressive sweep over Calvin Christian on Friday, 6-3 and 12-6, in a

In Game 2, Lauren Somers got the win on the mound for Spring Lake. Alicia Mumby led the Lakers with three hits while Vaughan and Jenna Core each added two. The Lakers had 12 hits in the game.

HESPERIA 12-4, KENT CITY 7-0 – In Game 1, Makenna Swisher and Claire Rumsey jump-started the offense for visiting Hesperia with three hits and one RBI apiece.

In the nightcap, sophomore Lindsey Tinkham earned the win on the mound. Tinkham and Claire Rumsey each had two hits.

Hesperia improved to 10-0 overall and 6-0 in the CSAA Silver.

HOLTON 19-22, LAKEVIEW 3-1 – The Red Devils’ offense continued to shine with a pair of wins over Lakeview.

Kylie Gould and Dani Tanner had multiple hits for the Red Devils in Game 1. Kylie Gould got the win on the mound, striking out 12 batters and picking up the win.

In the nightcap, pitcher Haylee Brant was the winner while  Gould and Kaylie Piper each had two hits for Holton.

In Game 1, Orchard View was led by Hallie Holman with two home runs and two RBIs. Morgan Taylor had four hits and four RBIs while Allie Tenhove had three hits for the Cardinals. Holman earned the win on the mound, striking out three batters in four innings pitched.

Holman added another home run in Game 2, driving in three runs. Tenhove had two hits and picked up the win on the mound, striking out five through four innings.

Maria Sanocki and Hannah Pell each had two hits for WMCC. 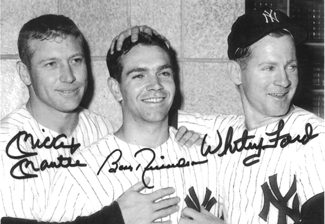