MUSKEGON TOWNSHIP – On a cold night at Eric Marcil Field, the Reeths-Puffer girl’s soccer team needed some time to heat up.

But when they did, it was decisive.

The host Rockets scored three second-half goals and came away with a 4-1 non-conference win over Western Michigan Christian on Thursday in a clash of two of the area’s stronger programs.

Reeths-Puffer had the ball in the WMC end of the field for most of the first half, outshooting the Warriors 11-0.

But the Rockets managed only one goal, when Iris Herald’s shot deflected off WMC goalie Ashlyn Lane’s hands about 12 minutes in. 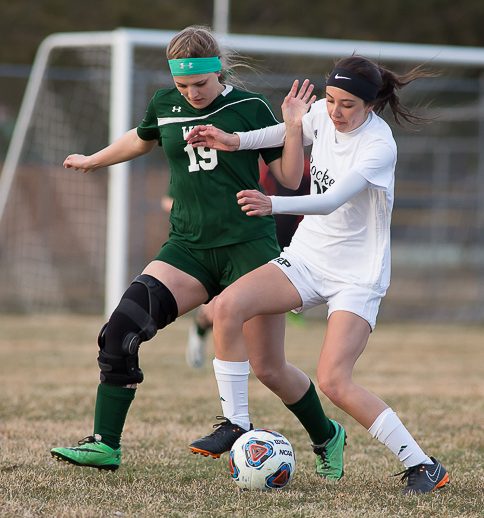 A much more aggressive Western Michigan Christian team came out to start the second half and made a bid to tie the game.

Chloe Mitchell broke in on the Rockets’ net, but goalie R-P goalie Lindsey Ruiter came out to challenge her and was able smother the shot.

Ten minutes later, Herald had a similar situation for Reeths-Puffer, except the Warriors’ new goalie, Katie Johnson, had the ball bounce off her hands and right back to Herald, who kicked it into the empty net for a 2-0 lead with 17:38 left in the game.

“We really had to pick up the intensity in the second half, and we did,” Herald said. “We worked really hard and we finally got our goals.”

The Rockets got some breathing room with 5:58 left when Jayme Brantsen took a long pass from Amber Blaski and scored to give her team a 3-0 lead.

Two minutes later, Brantsen centered a pass to Haley Ruiter, who buried it in the back of the net to increase the lead to 4-0.

“We’re improving, we had some nice opportunities, and it was nice to get some goals out of it,” R-P coach Jeremy Tjapkes said. “We still don’t have that one big scorer, it’s more of a score-by-committee right now. We just have to settle in and play with confidence.”

WMC finally got on the board with 1:52 remaining in the game when Claudia Kingma’s corner kick got knocked right back to her, and she lifted the ball to the center of the box, where Anna Sytsema headed it in.

Reeths-Puffer, which improved to 1-1-1 on the season, outshot the Warriors 25-6.

Ruiter had five saves in goal for R-P and Hailey Sherwood finished with an assist.

Lane, who played the first 34 minutes, had 16 saves for WMC, while Johnson had three. The Warriors fell to 0-2 on the season. 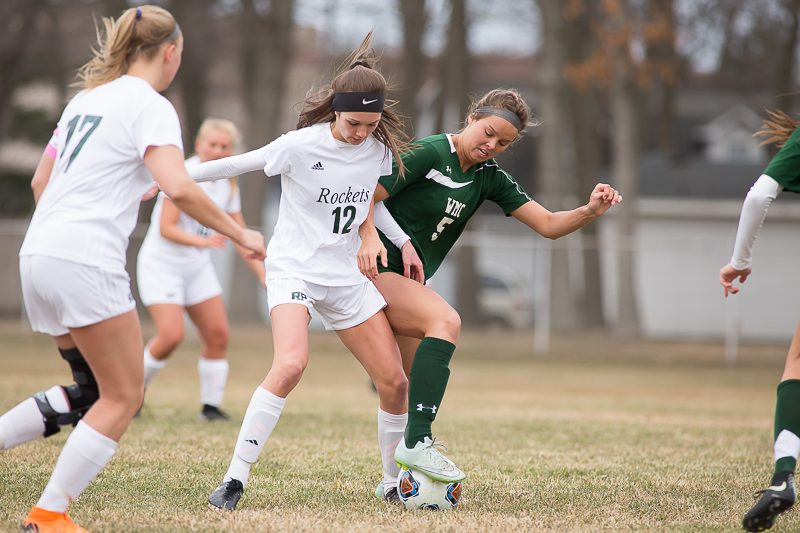 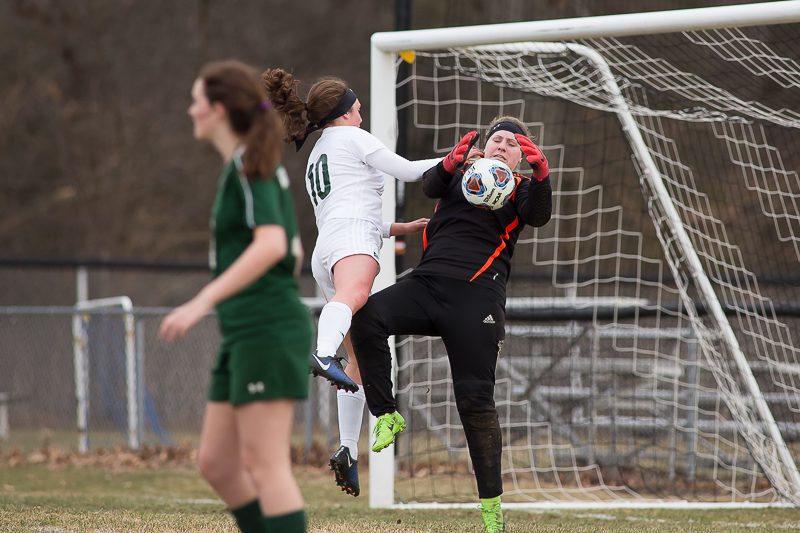 WMC goalie Ashlyn Lane makes the save against Its Herald. Photo/Randy Riksen 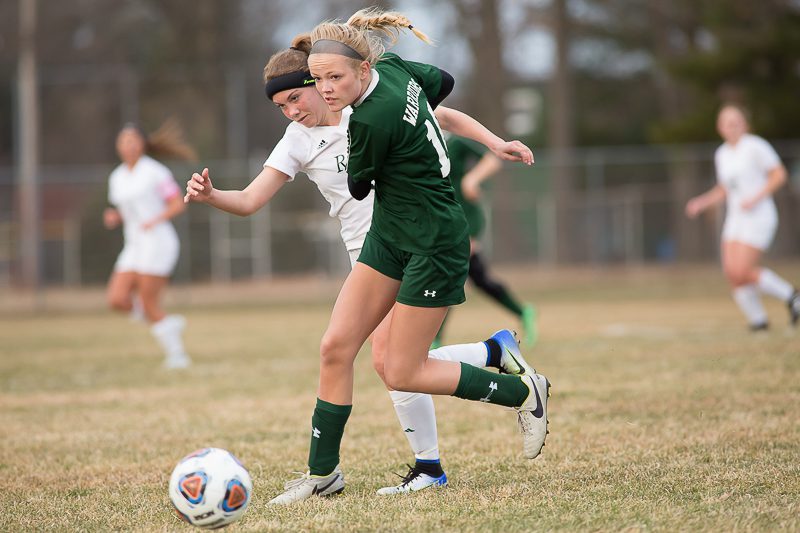