The West Michigan Whitecaps showcased four of those five tools in an impressive 6-2 season-opening victory over the South Bend Cubs on Thursday in front of 3,771 fans at Fifth Third Ballpark.

Starting pitcher Dane Myers showcased his throwing arm by striking out the first two batters he faced, before allowing a Jared Young double and an Austin Filere RBI single to give South Bend an early 1-0 lead.

But the Whitecaps reclaimed the lead for good in the third inning.

Alexis Garcia started the inning with a single. Cole Peterson then reached base on an error, giving the Whitecaps two runners with no outs. Luke Burch followed with a sacrifice bunt to advance the runners. 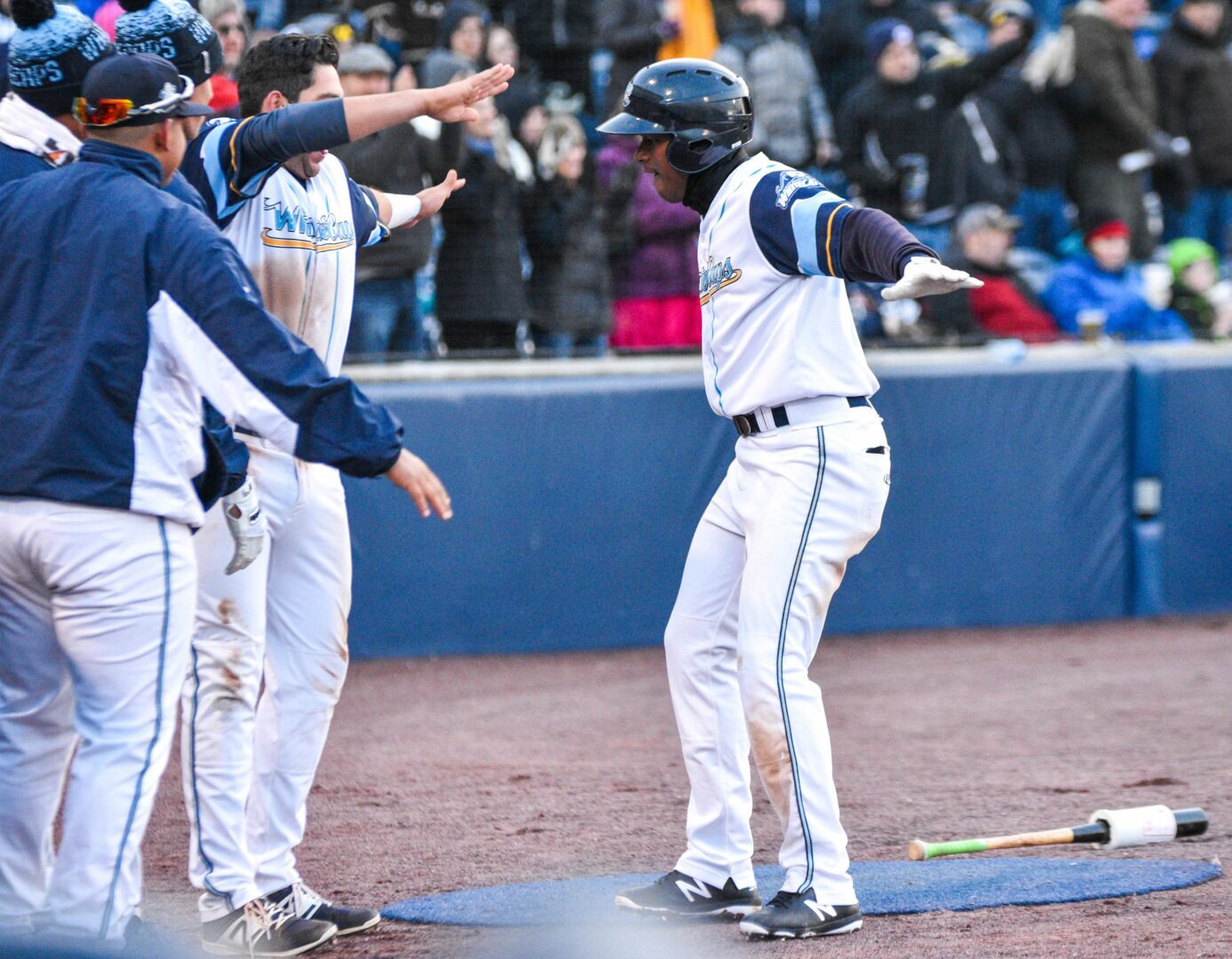 Alexis Garcia reacts with his teammates after belting a home run for the Whitecaps. Photo/Mitchell Dixon MSD Photography

One out later, Jordan Pearce ripped a double down the right field line, scoring Garcia and Peterson, before being thrown out trying to stretch the hit into a triple.

“It was a great feeling,” said Pearce about his double. “I got a little antsy and went for third and got thrown out. I looked over and Lance (Parrish, coaching third base) was waving me. I was trusting him and went for it but didn’t make it.”

In the fifth inning, Garcia showed off his ability to hit for power when he crushed a home run to left center, giving the Whitecaps a 3-1 lead.

The home run wasn’t all that surprising to Parrish.

“Honestly he played very well all spring training,” the manager said about Garcia. “He’s picked up right where he left off, swinging the bat well in spring training and swinging well now. He’s looking pretty decent out there.”

West Michigan showed off it’s speed in the seventh inning when Dylan Rosa scored on a wild pitch, Peterson scored on a passed ball, and Burch scored on a shallow sacrifice fly to left field by Pearce.

The Whitecaps led 6-1 after seven innings.

South Bend scored the final run of the game in the ninth inning on an error by Garcia. 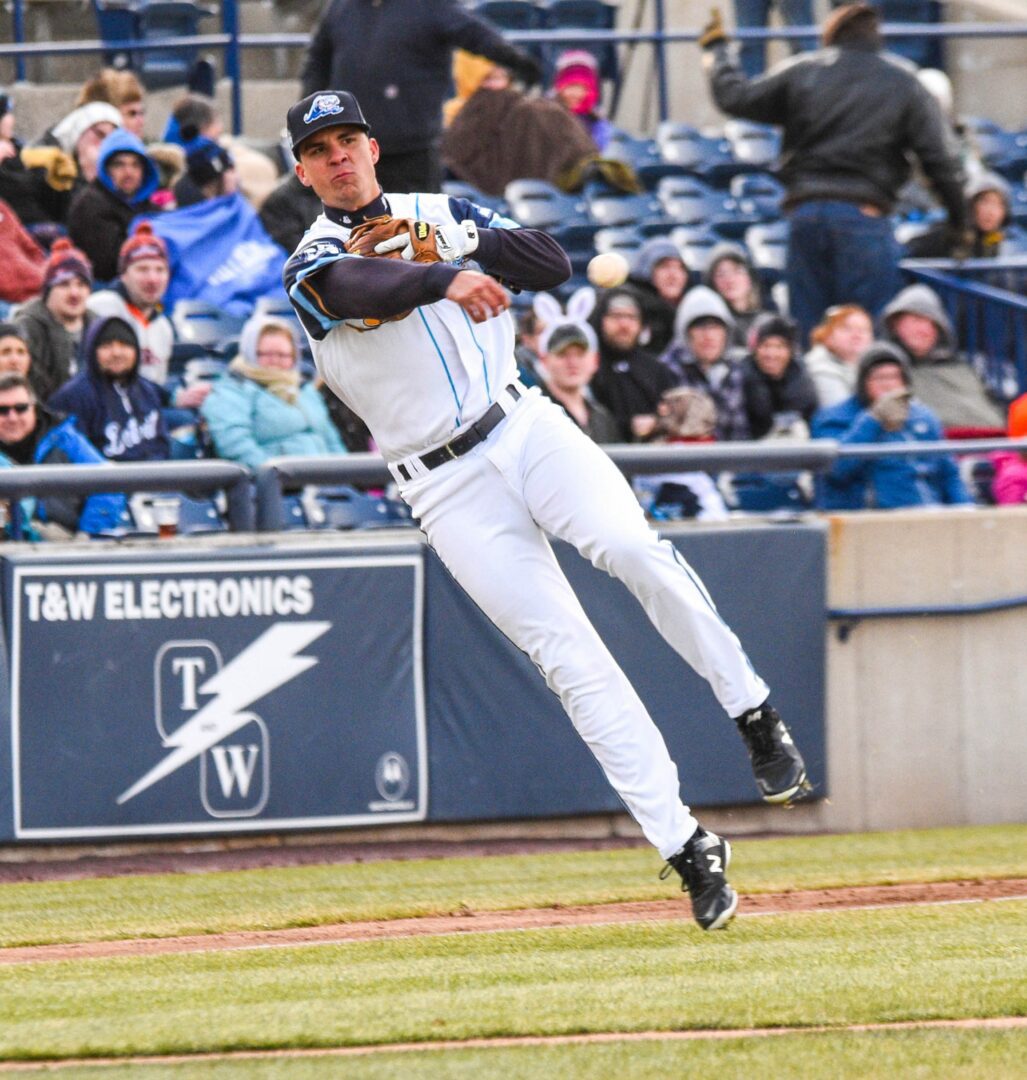 Myers, the Whitecaps’ starting pitcher, finished with a no-decision, tossing four innings and allowing one run on four hits, with five strikeouts and three walks.

His performance was acceptable for first-year Whitecaps Manager Lance Parrish.

“First time out you have to go through the jitters, especially pitchers,” Parrish said. “Dane started off good and then gave up a couple of hits. He was kind of was up and down through the course of his outing, but all things considered I thought he threw the ball okay.”

Whitecaps reliever Burris Warner picked up the win, going three innings while allowing no runs on two hits and striking out five.

Overall Parrish was satisfied with the season-opening victory.

“It’s always nice to win,” he said. “A win is a win for me. Personally as the manager, I like to see a clean game and play efficiently and play right, which we did. I just felt like this was a good game. We did make a mistake or two, but those can be overlooked when you put a ‘w’ on the board.”

The Whitecaps will wrap up the home portion of their four- game series with South Bend on Friday at 6:35 p.m. 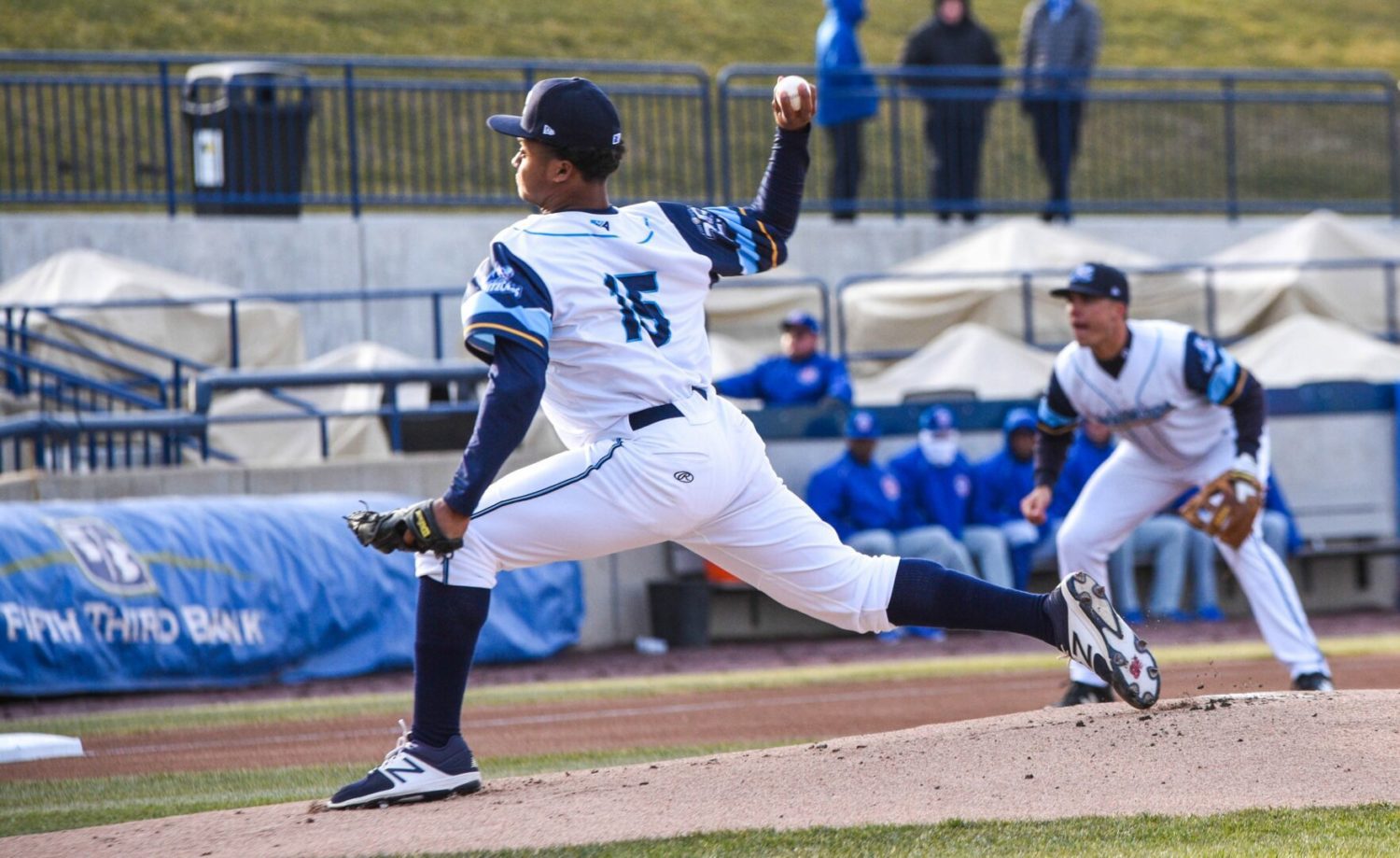 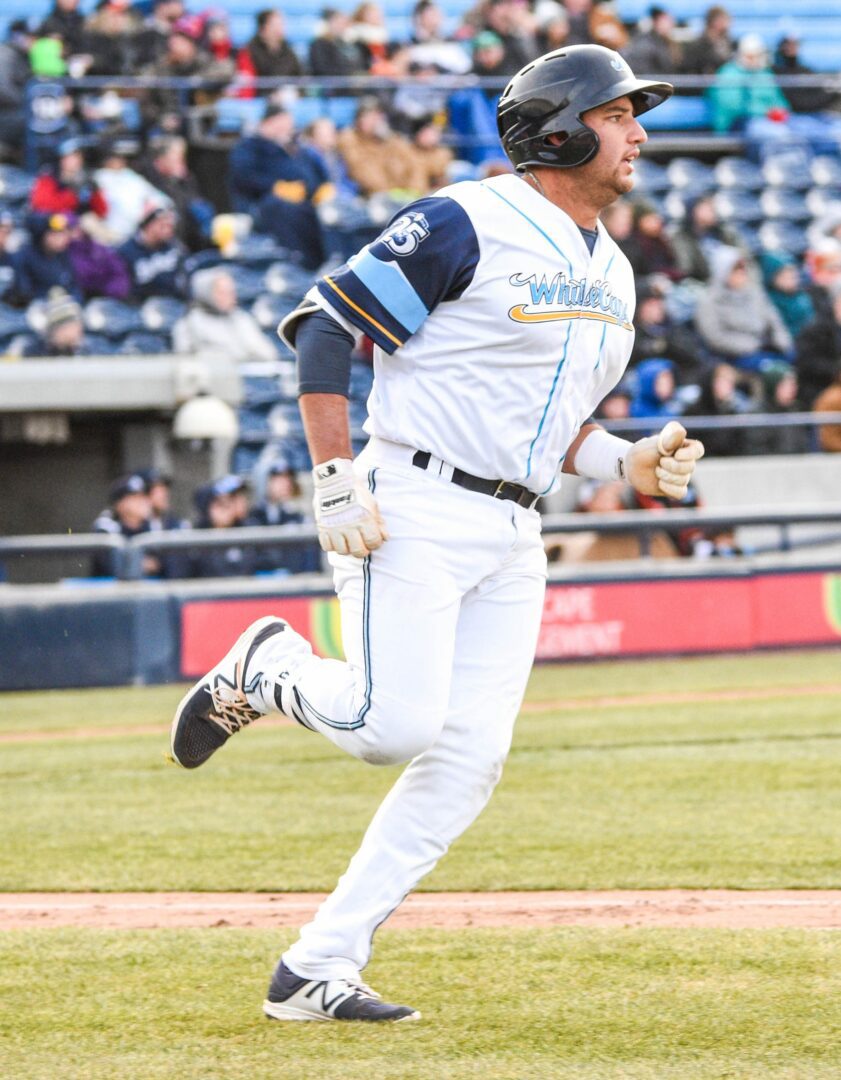 Jordan Pearce looks up as he nears first base for West Michigan. Photo/Mitchell Dixon MSD Photography 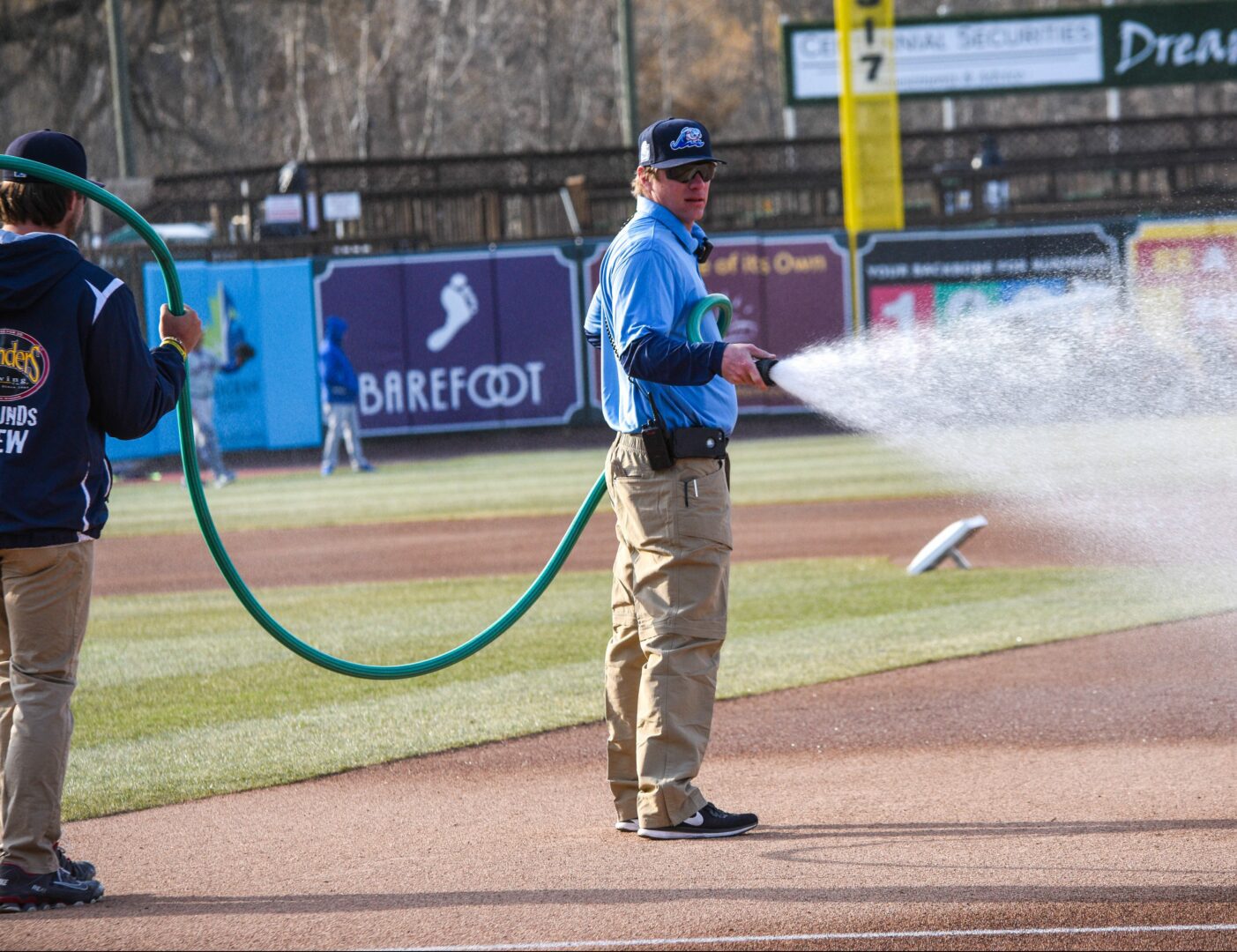 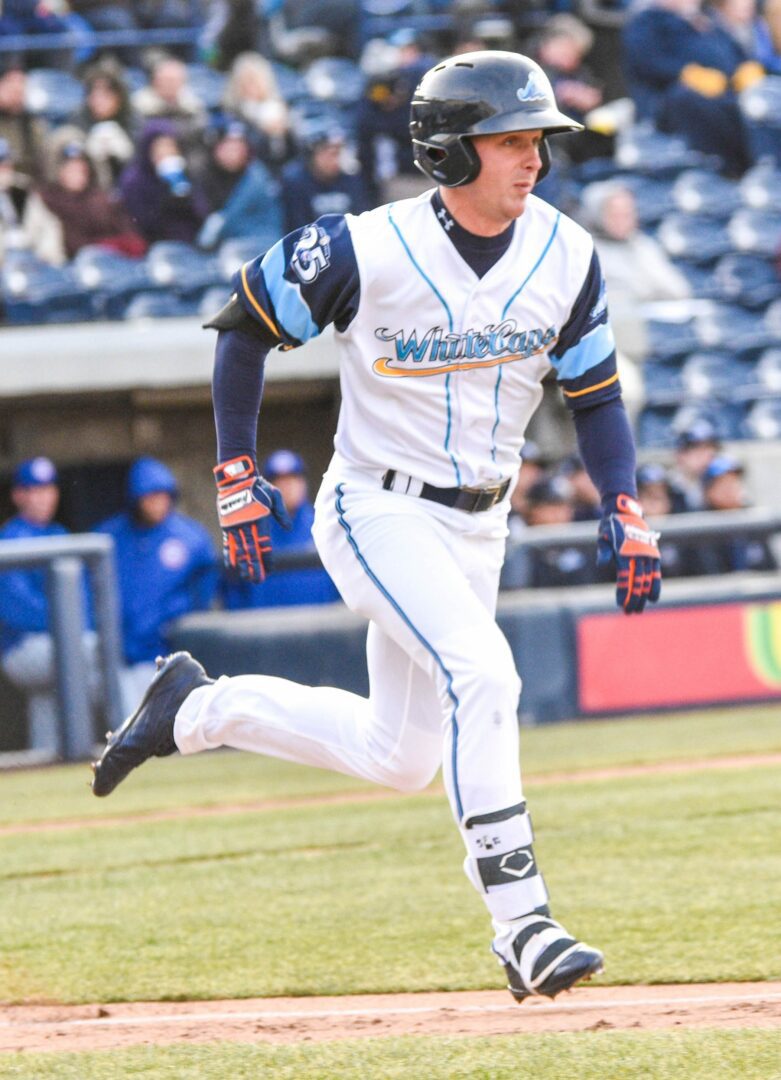