HESPERIA – For some softball coaches, a 15-9 record would be considered good, but not great.

For Hesperia’s Doug Bolles, it’s been a very welcome change of pace.

But the fall and winter seasons didn’t go very well for Bolles in 2017-18, at least from a win-loss perspective.

His Hesperia varsity football team entered the season with some quality players and high hopes, but injuries cost the Panthers dearly. They lost their first game in overtime to a very good North Muskegon team, and things went downhill from there.

Hesperia ended up 0-9, a record Bolles never envisioned, particularly after taking the Panthers to the playoffs in 2016.

“We had some major things happen,” Bolles said. “We had the close game against North Muskegon, then in Week 3 we lost in overtime to Morley-Stanwood, then the injuries starting coming and the wheels came off a little bit. 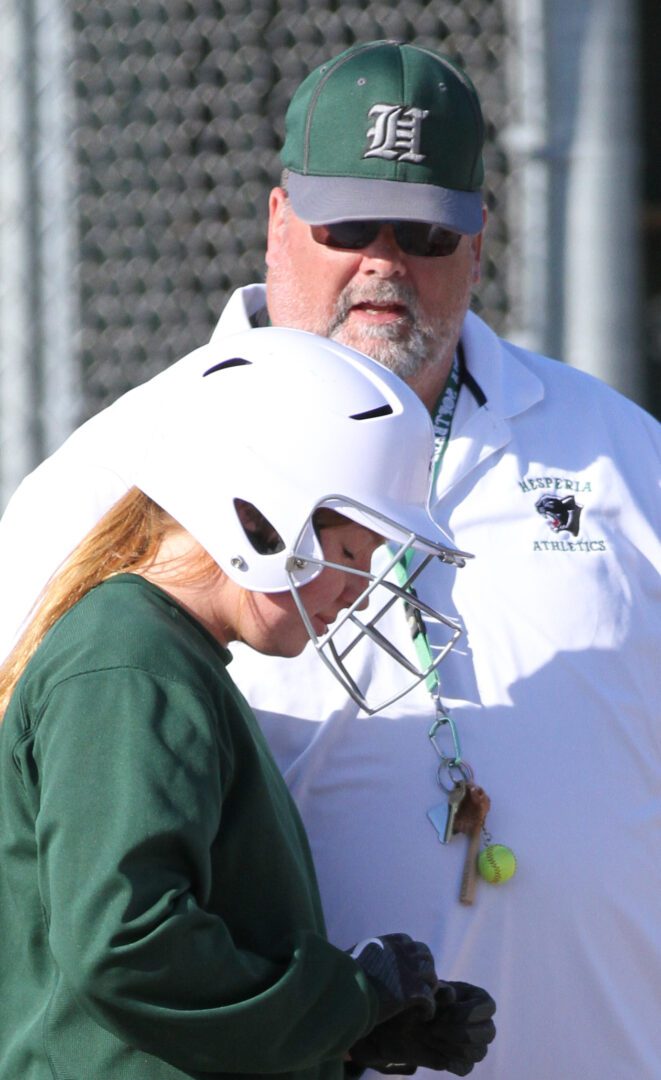 “But I was really happy with the way the kids kept battling. We were in a lot of games.”

Then came the basketball season, when the Panthers finished 3-17. That was not as surprising, since Hesperia has a traditionally great wrestling program that attracts a lot of the school’s best athletes in the winter.

Bolles says all the losing didn’t affect him as much as it would have a few years ago.

“I want to win just as much as the next coach, but I’ve gotten more mature about leading young men and women by remaining positive,” Bolles said. “You get judged by wins and losses, and I’ll take that. When we lose it’s on me, when we win, it’s on the kids. But for me it’s about teaching life lessons through the winning and the losing.”

But the wins were still very welcomed when they started coming this spring, in Bolles’ first season as varsity softball coach. The Hesperia girls roared out of the gates with an 11-1 start, lost a doubleheader to archrival Holton and a hit a slump, then got back on track in recent weeks.

The Panthers are currently 15-9 after winning the Ken Smith Memorial Tournament on their own field on Saturday. They will have a conference rematch with powerful Holton tonight, and will meet the Red Devils again in districts on June 2.

“Right away it was a big relief,” Bolles said about being on the winning side for a change. “There was a lot of pressure, really. We have some really good players on the team, we had a lot coming back from last year, and expectations were high. 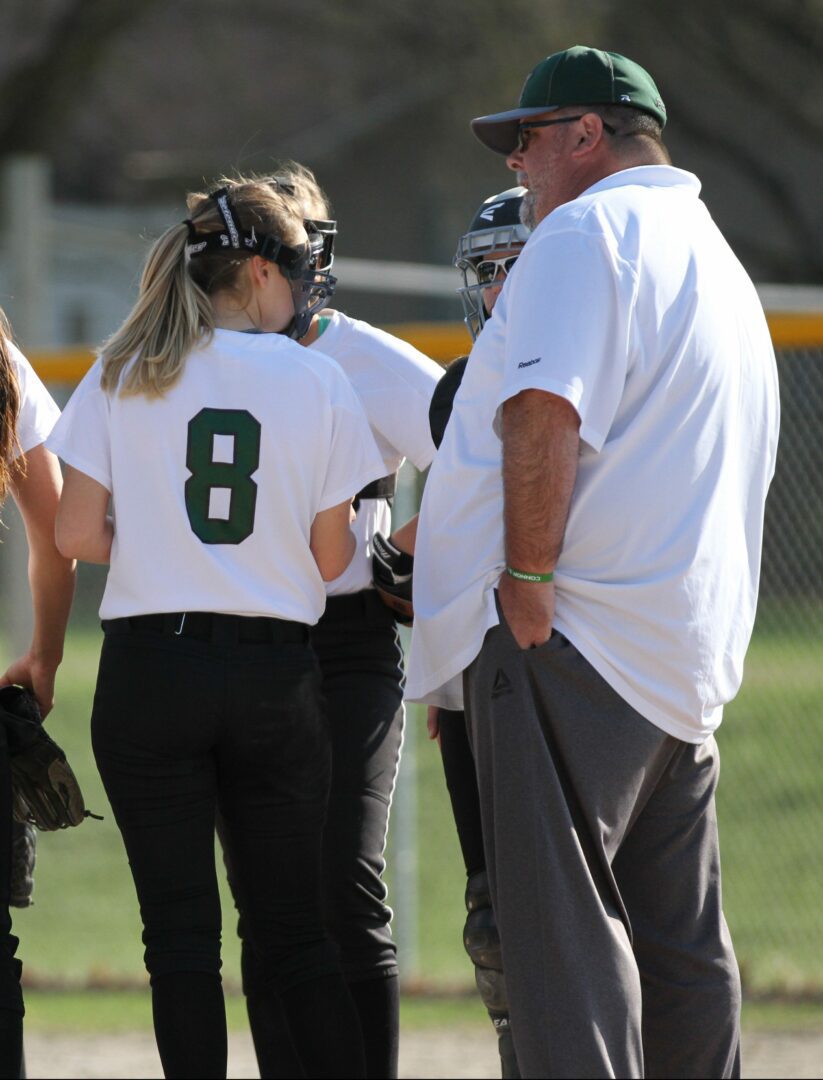 Coach Doug Bolles talks with his infield during a break in the action. Photo/James Cherry

“Then we got to Holton on the schedule and we didn’t step up to the challenge. We choked a bit and got a little rattled. We’re hoping to take a little chunk out of their eliteness (on Tuesday).”

Bolles had been a three-sport coach for a lot of years at Baldwin High School, before coming back to his hometown of Hesperia in 2016 to take over the varsity football program.

His original hope was to cut back a little and only coach two sports, but it didn’t work out that way for long.

“What I wanted to do was coach football and softball,” said Bolles, a 1984 graduate of Hesperia High School. “I liked the thought of coaching in the fall and spring and having the winter off. But there were no openings for softball, and (athletic director Joe Conkle) talked to me and said ‘I have a basketball opening, would you be interested?’ So I took that over.

“Then the softball job became available after last year and I applied, went through the interview process and got the job. I was elated, and I have a great group of girls that I’m fortunate to be coaching.”

So why does a 52-year-old coach put himself through so much?

“It’s just the passion I have to work with young student-athletes,” he said. “I love working with kids and passing on things. I may not have the best record, but for me it’s the life lessons you teach and the relationships you build. I want kids to have success. I will tell kids from another teams when I think they made a good play. It’s about the whole concept of high school sports.” 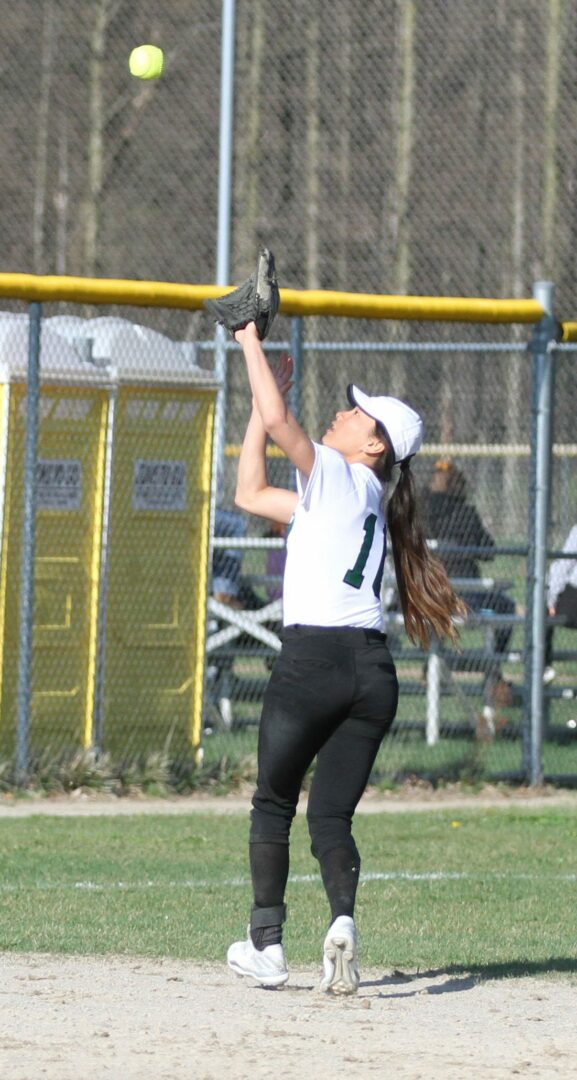 Claire Rumsey gets ready to make a catch at shortstop for Hesperia. Photo/James Cherry

Bolles said he was inspired to get into coaching by one of his old mentors, Tom Schlafer.

“He was my assistant varsity football coach and head baseball coach,” Bolles said. “He was a real positive role model. I still remember a lot of the things he told me and taught me. On my first Friday night coaching football in Hesperia, I had him come in and talk to the kids. He’s the reason I got into it. What he gave me I wanted to give back.”

On many afternoons this spring, he has been forced to miss his seven-year-old son Tucker’s baseball games due to softball commitments.

“He’s okay,” Bolles recently said about Tucker. “Just today, he said, ‘You’re not going to be there?’ I said, ‘No, but mom’s going to video your at-bats.'”

“I love coaching, but family comes first, and that’s something I can’t put first right now. It’s probably the toughest thing in my life, that I’ll be missing his games to coach other kids.

“My wife (Tanya) is awesome. She allows me to do it. I have a very understanding wife who supports me tremendously.”

Bolles also credits his assistant coaches, including his son Craig Bolles, and says he gets a lot of support from Conkle, the athletic director.

He says none of it would be possible without the support of his boss, Jon Hammersley.

Like a lot of high school coaches these days, Bolles is not an educator by trade, and only gets to work with kids through the generosity of his employer.

“He’s very good about the coaching thing, and with me coming and going,” said Bolles, who works as the meat department manager at Houseman Foods. “He’s tremendously supportive and if I didn’t have that, I wouldn’t be able to coach.” 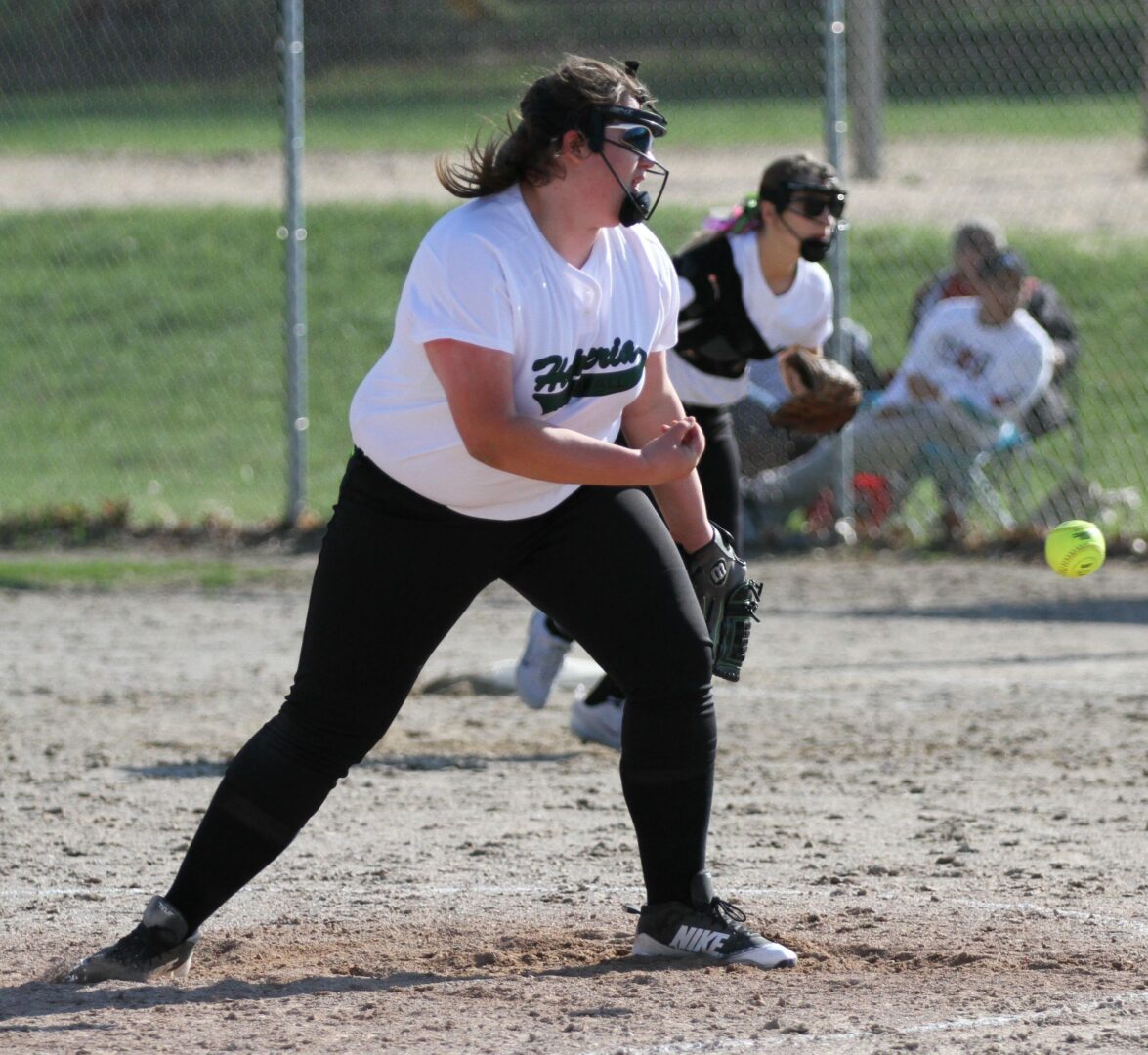 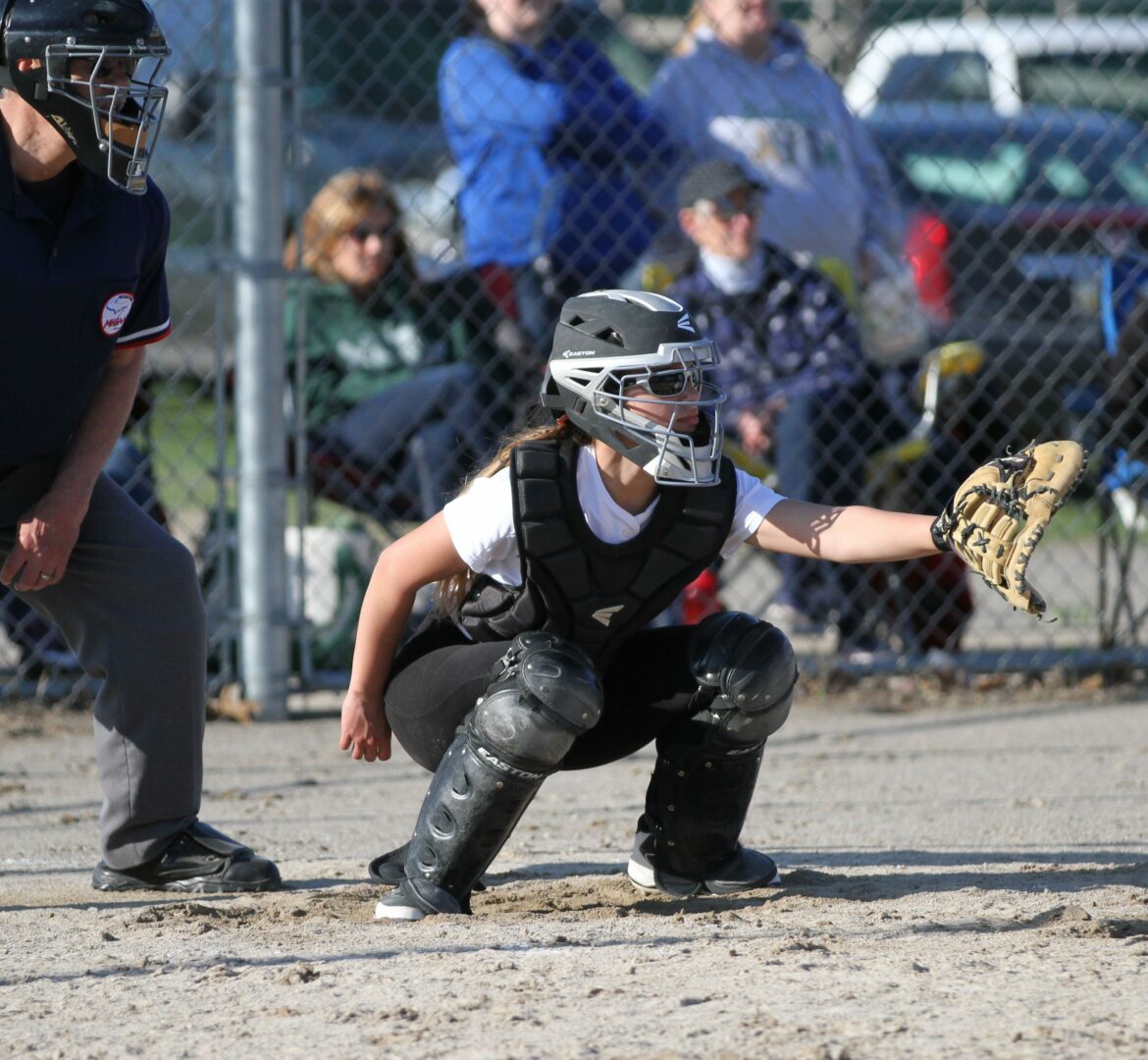 Makenna Swisher readies for the pitch behind the plate for Hesperia. Photo/James Cherry 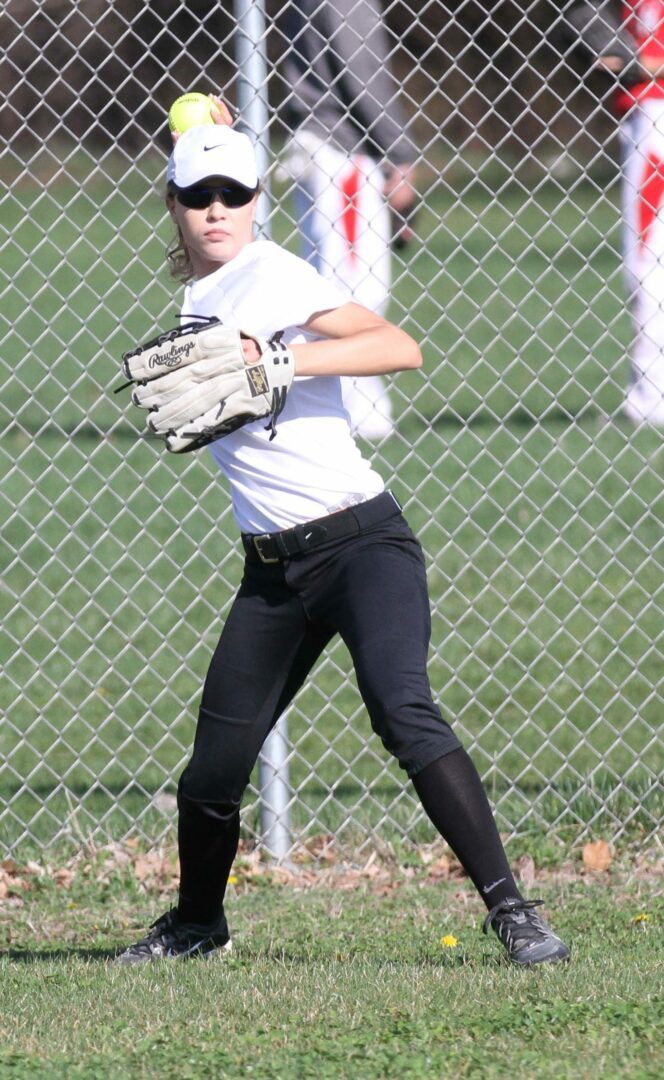 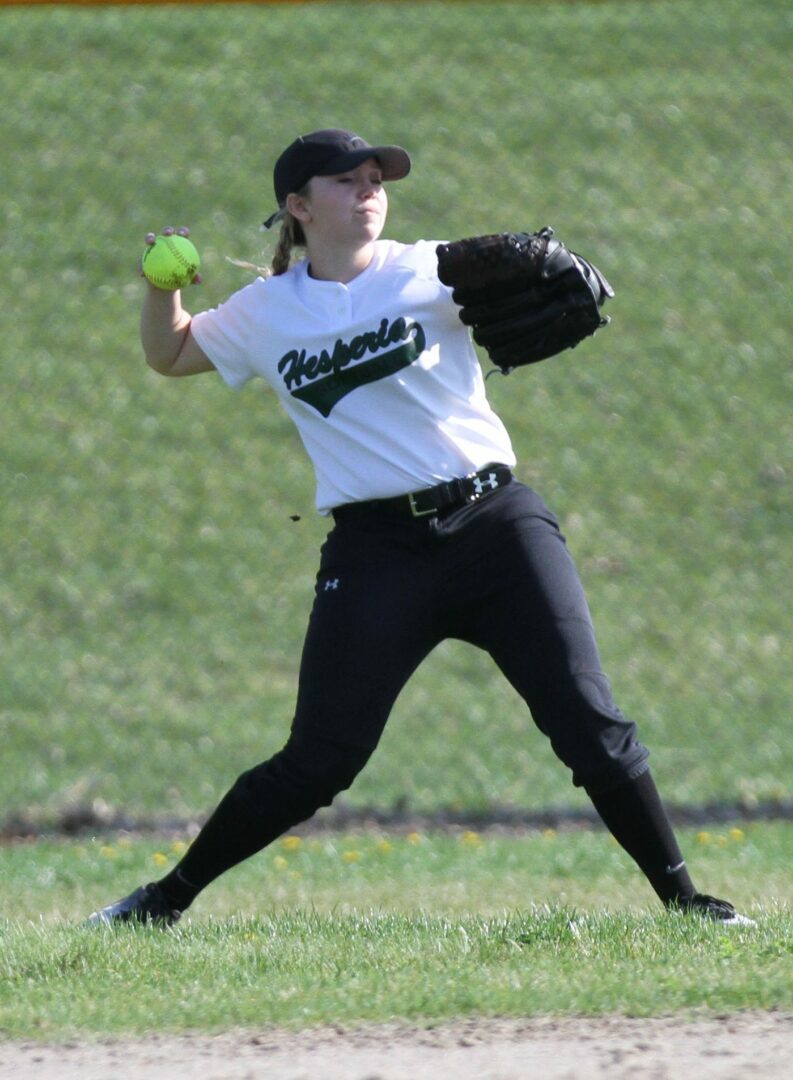 Hesperia outfielder Natalie McGahan gets ready to throw the ball into the infield. Photo/James Cherry 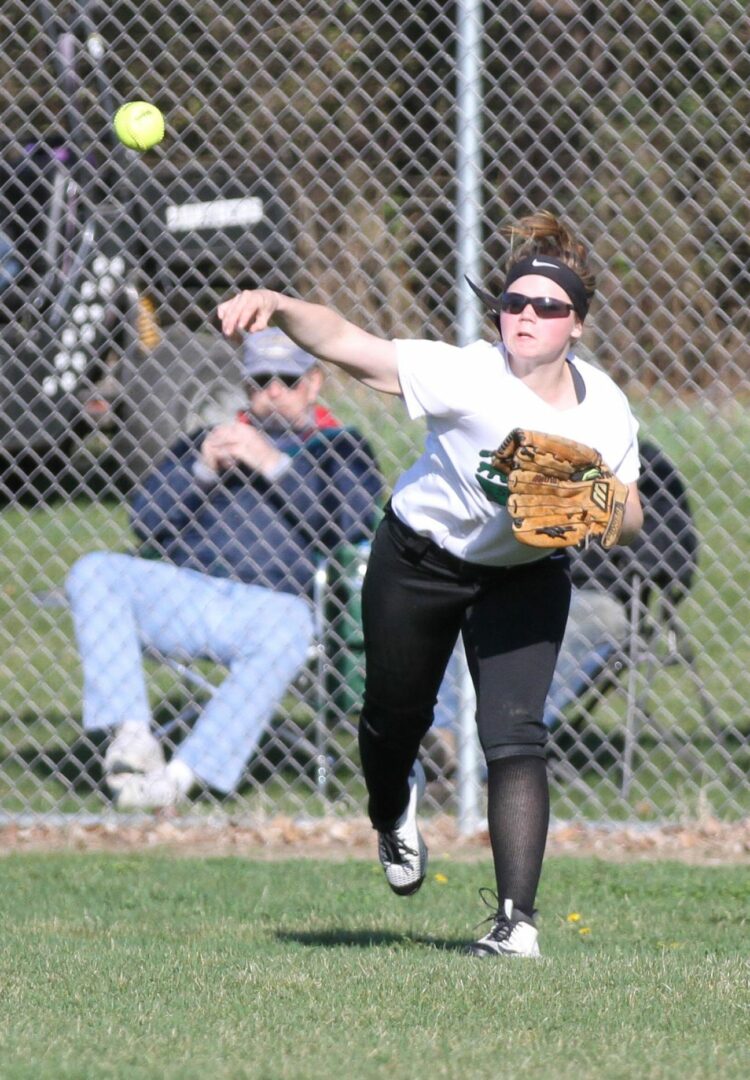 Kaecie Hornsby makes a throw from the outfield for Hesperia. Photo/James Cherry