But for now, pitching and defense are carrying the Eagles toward a West Michigan Conference title.

Oakridge allowed just four hits over two games against Ravenna in a key doubleheader between the league’s top teams on Tuesday. And the Eagles’ bats produced just enough to secure a sweep of the Bulldogs by scores of 5-2 and 1-0.

The sweep guaranteed the Eagles (19-4 overall, 11-1 in the conference) at least a share of the West Michigan Conference championship. They can clinch the title for themselves with one win in a doubleheader against North Muskegon on Tuesday. 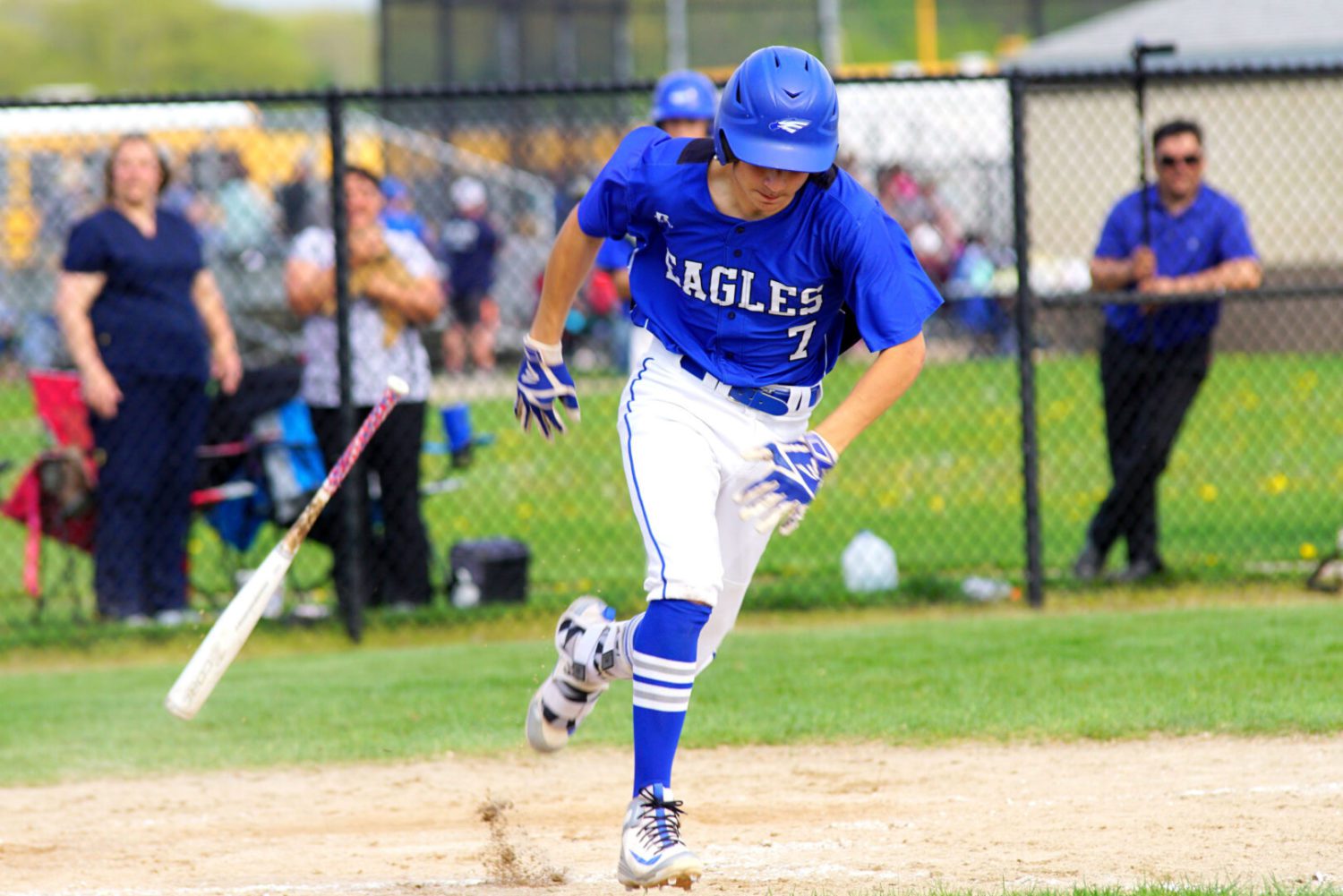 Jaylen Hughes takes off toward first base for Oakridge. Photo/Leo Valdez

Ravenna, which came into the doubleheader very much in the conference race, dropped to 13-10 overall and 6-4 in the league.

“This was pretty big,” said Oakridge head coach Brandon Barry. “It seems like it’s always a battle with Ravenna. It’s a rivalry. They are always close games and they’re so well coached. There’s never going to be a lopsided game in a rivalry like this, so you have to stick it out for the entire seven (innings).”

Wall flirting with a no-hitter in Game 2, before Ravenna’s Jared Broton broke it up with an infield single with no outs in the seventh inning.

Broton got to second on a sacrifice bunt, but Wall got Ravenna leadoff hitter Josh Cox to hit into a game-ending groundout to secure the 1-0 victory.

“A lot of these guys I play travel ball with, so I know which ones to throw off-speed to, but most of the time I just tried to pound the fastball,” Wall said. “Usually I get a little off when I throw from the stretch, but I was really on today. And in a 1-0 game, you’ve got to be on point.” 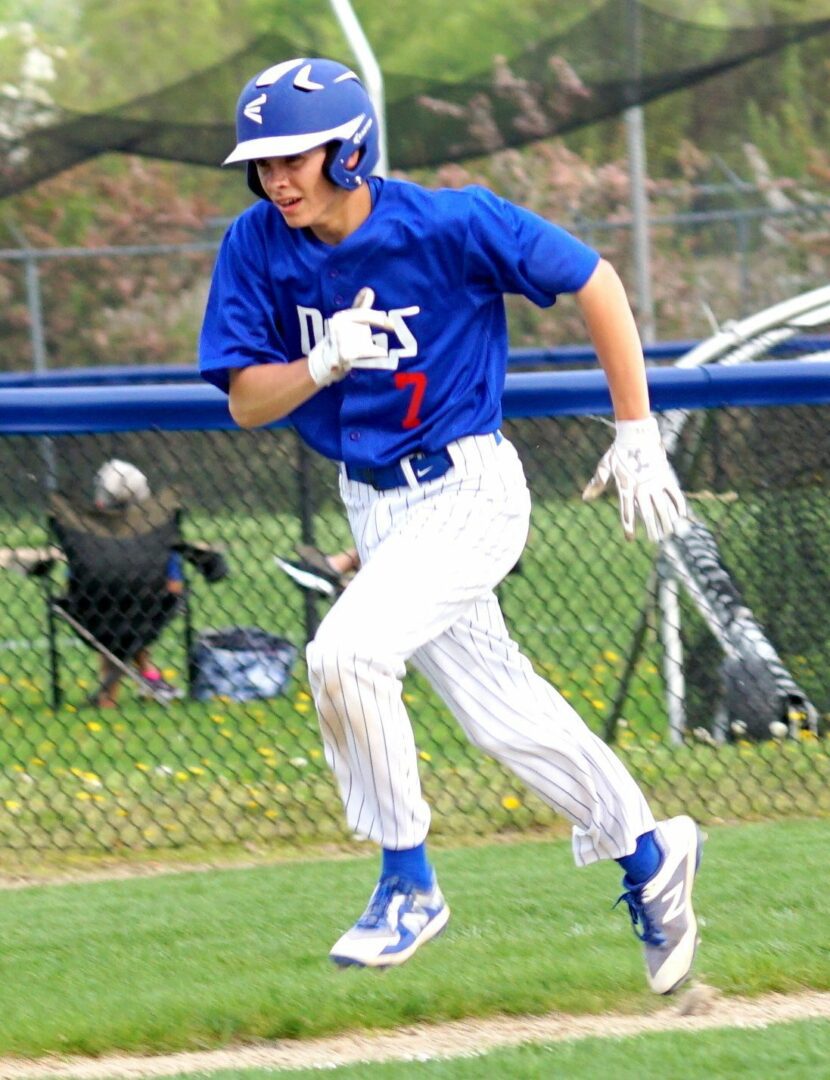 Oakridge scored its lone run in the fourth. Jalen Hughes opened the inning with a bunt single, stole second and got to third when Ravenna made an error in right field. Hughes scored on the next at-bat, a sacrifice fly by Kolbe Stewart.

The single run was enough for Wall, who kept the shutout intact despite allowing a pair of Ravenna batters to reach base in both the sixth and seventh. Wall finished with six strikeouts and walked four, with one being an intentional walk.

The Oakridge defense had two errors in the third, but otherwise made the necessary play.

The defensive play of the day was turned in by Ravenna’s Cameron Passenier in the third inning, when he potentially saved two runs from scoring with a spectacular diving catch in center field to end the inning.

In the opener, Ruel allowed just one hit through five innings, and Austin Fairchild was strong in two innings of relief for Oakridge.

The Eagles scored three runs in the fifth on a two-run single from Luke Layman and an RBI single from Jaxon Fri.

Fairchild scored in the sixth on a fielder’s choice, and Hughes added a run in the seventh.

Barry said the Eagles’ bats have been on and off this season. They had an 11-hit inning against Sparta in late April but are currently stuck in a cold stretch.

He hopes another hot spell is upcoming.

“I think we have what it takes to make a run (in the postseason),” he said. “We have the pitching, we have the defense, but we have to score for our pitchers. It’s nice to say that you’re going to win 1-0 in districts, but it’s a little more higher energy and more tense in those games.”