NORTON SHORES – The Mona Shores girls soccer team found its offense in the second half, then Reeths-Puffer rediscovered its

offense just in the nick of time.

Despite giving up three second-half goals, the host Rockets scored twice in the final nine minutes to salvage a 3-3 tie against the Sailors on Tuesday in O-K Black Conference action.

The situation did not look good for Reeths-Puffer late in the second half. The Rockets trailed 3-1 with about nine minutes left and had only managed one shot on goal since halftime.

But then Kendall Jones headed in a crossing pass from Amber Blaski, and suddenly the Rockets were within a one goal.

“When we got that goal, the momentum switched,” said Reeths-Puffer Coach Brian Blaski. “Mona Shores is a high scoring team and we knew they’d score, but the girls battled back and didn’t give up.” 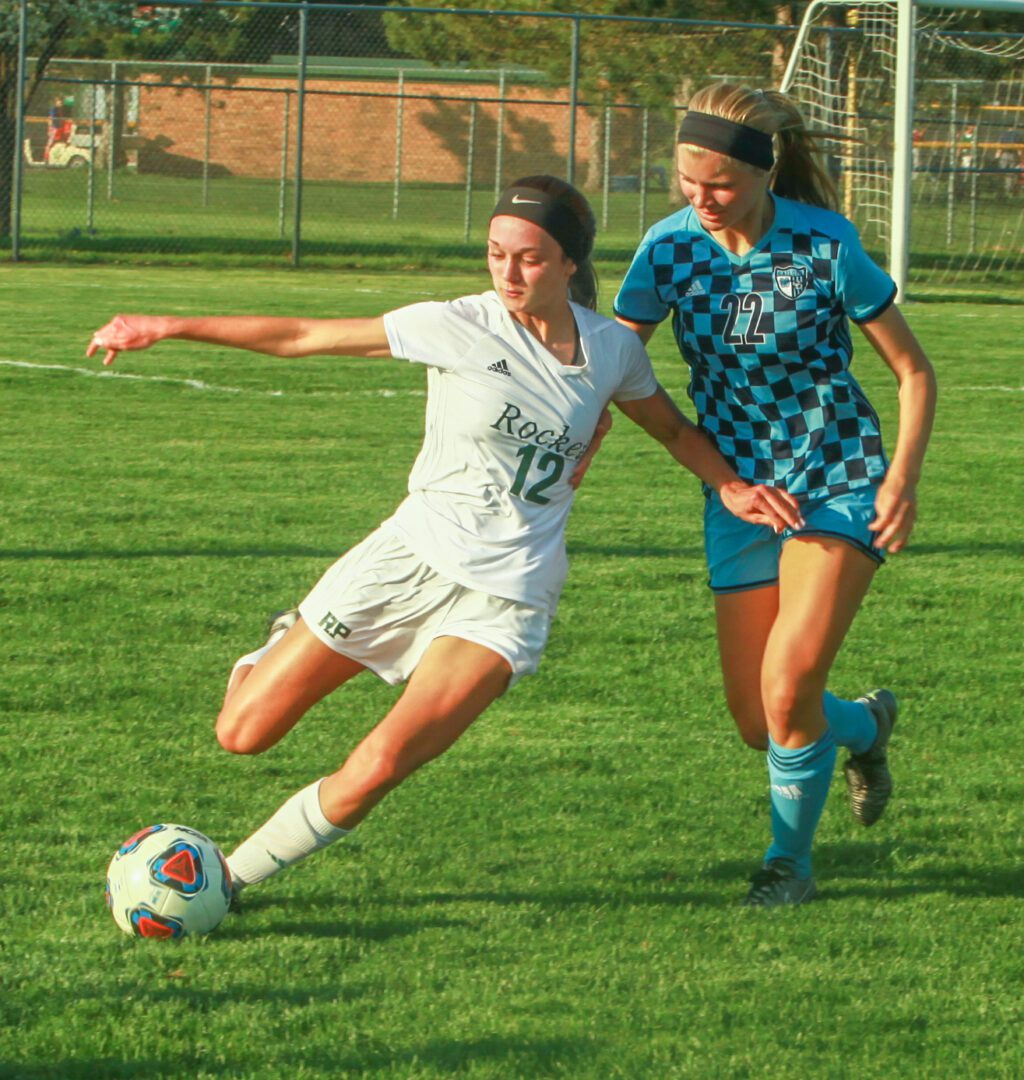 The Rockets’ Abby Fansler inbounded the ball to Emma Dobb, who sent the ball back to an open Fansler in the corner.

Fansler sent a centering pass towards the net, where it bounced off a Sailors defender and into the net, tying the scored at 3-3 with 6:08 left in the game.

“They had three goals against us today where they outworked us,” said Mona Shores coach Dylan Darga. “They frustrated us in the first half, but we came out a different team in the second half. But then they frustrated us again in the final 10 minutes.”

A physical Rocket squad came out with confidence and went toe-to-toe with favored Mona Shores, taking a 1-0 lead 7:39 into the game.

The Rockets’ Haley Ruiter took a pass deep in Sailors territory, fought off two defenders and knocked in the first goal of the contest.

Mona Shores almost pulled even just a minute later, when Nora Brown and Sarah Mikesell had a 2-on-1 break, but Mikesell ring a shot off the Rocket crossbar.

Reeths-Puffer finished the first half with a 6-5 shot advantage and led 1-0.

The Sailors offense got rolling early in the second half.

Mikesell tied the game with goal just 1:25 into the second half.

She added an assist on Shores’ next goal, racing down the field and centering the ball to Brown, who scored to give the Sailors a 2-1 lead.

Four minutes later, Caitlin McCombs picked up a loose ball in front of the Rockets’ net and chipped it in to give Mona Shores a seemingly safe 3-1 edge.

But the Rockets kept battling and refused to lose.

“Mona Shores is such a big game for us,” said Blaski, whose team was outshot 13-12. “It’s a rivalry game and the girls knew their rolls, and we can keep the momentum going forward.” 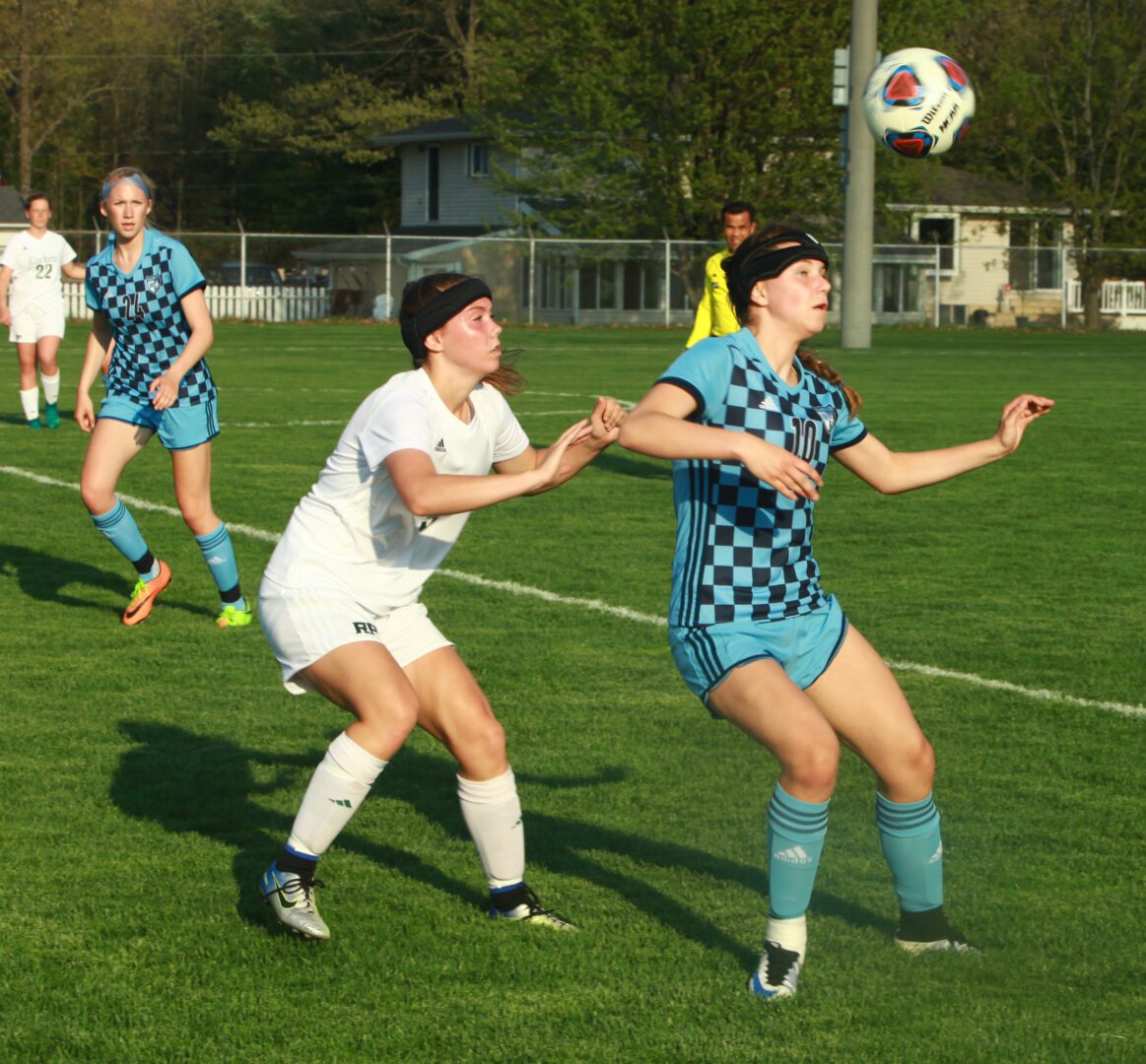 Nora Brown positions herself between the ball and Reeths-Puffer defender No. 9 Breanna Woodring. Photo/Jason Goorman 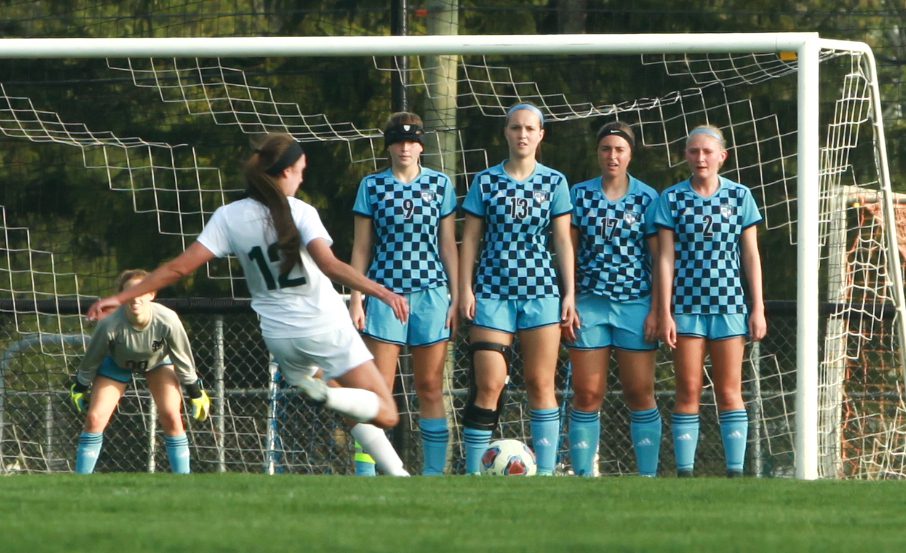 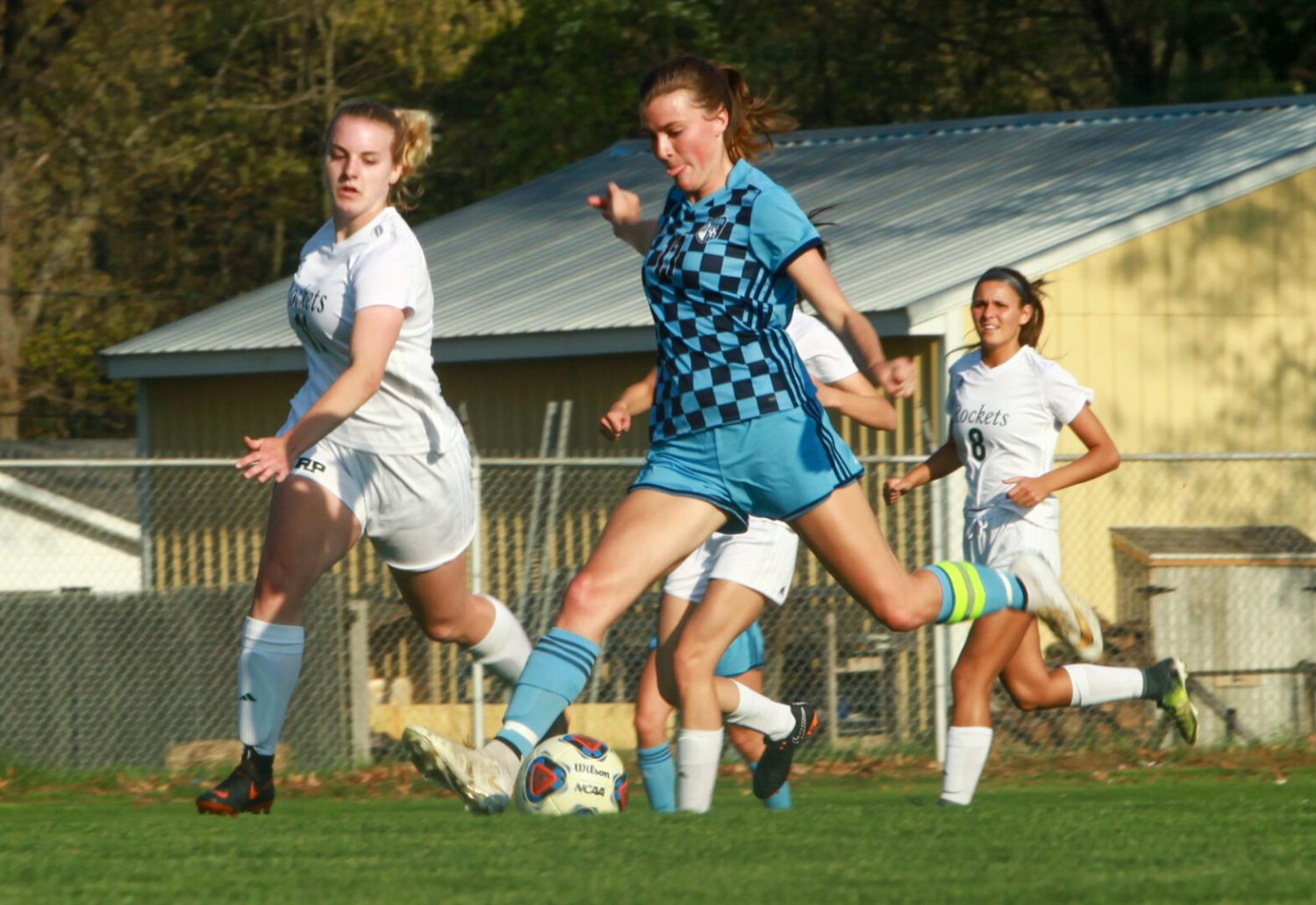 Mona Shores’ Sarah Mikesell gets ready to rip a shot off the crossbar. Photo/Jason Goorman