She joined the Rockets two years ago and had an immediate impact. She earned honorable-mention All-State honors as a freshman and sophomore, and the Rockets soared to new heights.

The team has posted a school record for victories for two straight seasons, including last’s year’s sparkling 28-9 finish.

Reeths-Puffer has also won two straight championships at the Greater Muskegon Athletic Association Softball Tournament, and will try to make it three in a row on Saturday.

Thompson seems more than ready to push her team toward another GMAA trophy. 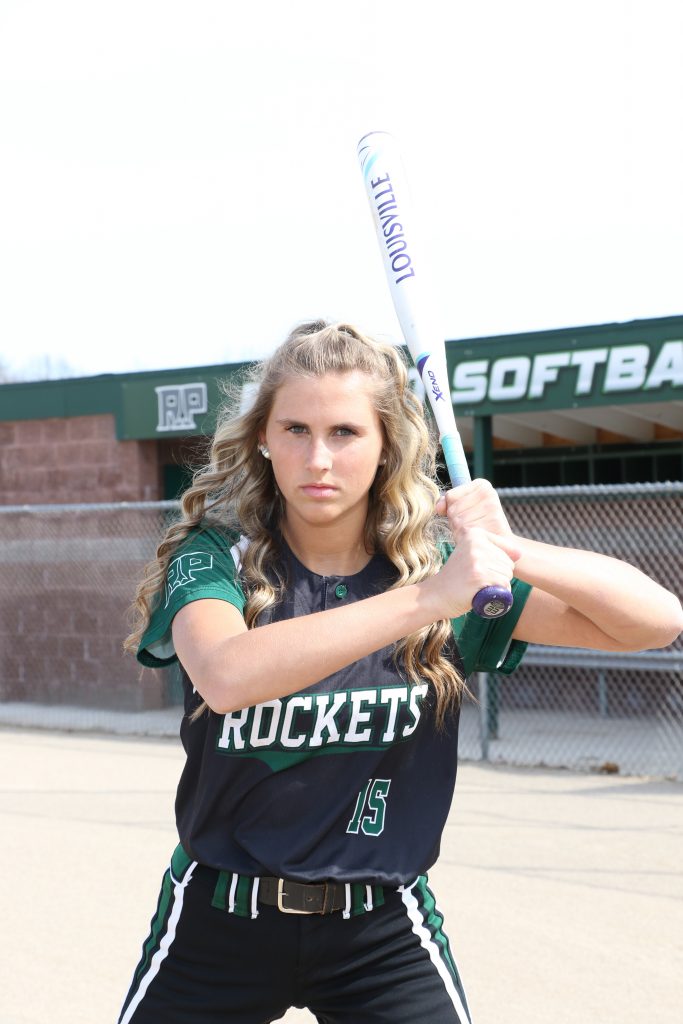 Besides being an ace pitcher, R-P Makayla Thompson is also one of her team’s top hitters. Photo/Joe Lane

She fanned a stunning 25 batters during an 11-inning thriller at Oakridge on April 13, and said she easily could have tossed a few more frames.

She also had 18 strikeouts in a recent game against Cedar Springs, and 13 against rival Mona Shores earlier this week.

Reeths-Puffer coach Trista Stingle isn’t surprised by Thompson’s performance on the mound. She said the junior’s potential as an outstanding hurler shined though at an early age, in the 8- and 9-year-old “Rocket Power” youth travel softball program.

“MaKayla has spent a lot of time working on her craft,” Stingle said. “As a third-year varsity pitcher, she continues to adjust and grow, in an effort to find success in the circle, and I am proud of her for that.”

Stingle said a big part of Thompson’s success is the way she clicks with her catcher, Brooklynn Duffey.

“Brooklynn does a great job working with MaKayla and I to make necessary adjustments throughout the game, with regard to batters and pitch calls,” said Stingle, who also notes that Thompson and Duffey are two of the team’s top hitters, with averages above .500. 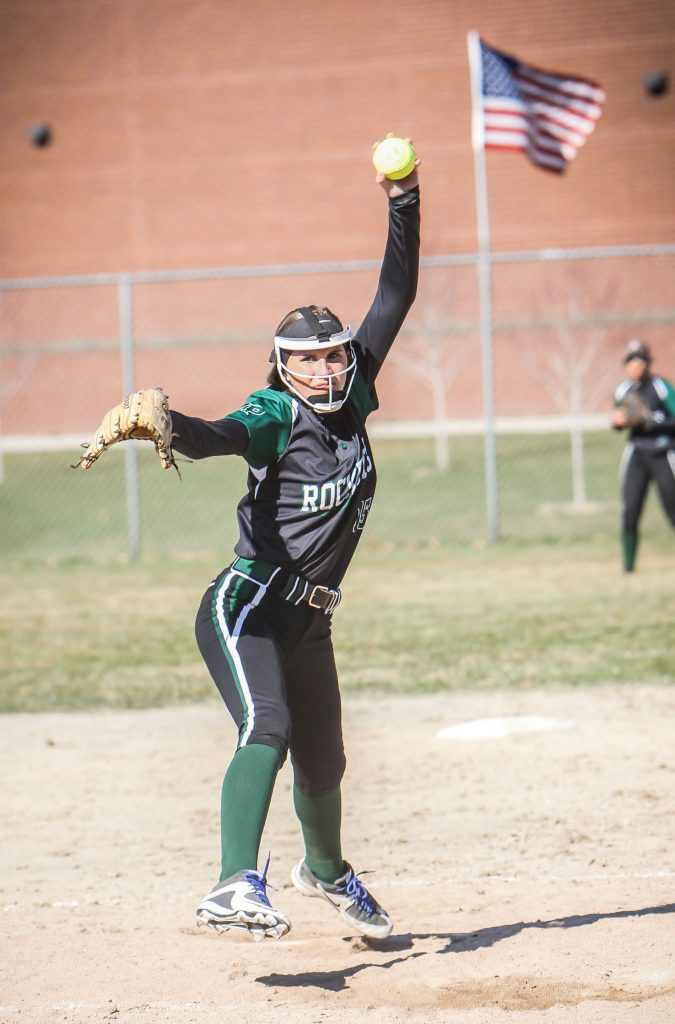 Thompson has continued to develop her skills by playing summer ball with the West Michigan Sabercats, and she trained this winter with the Detroit-area Finesse travel squad. She’ll continue to pitch with that team this summer once the Rockets’ season wraps up.

She has already committed to playing college softball at Division 1 Kent State University.

“I started pitching at probably 7-years-old with my dad (Jesse Thompson),” Thompson said. “I just worked on hitting spots and not speed. He played baseball at Saginaw Valley State and MCC, so he’s taught me a lot. Eventually, I started working with a pitching coach, (Muskegon’s) Matt Houseman.”

Thompson said she has a plan in place for every batter she faces. Her “strikeout pitch” is a high, inside fastball on the batter’s hands. She said she’s much more comfortable this season changing speeds and using her changeup, and likes to utilize a drop curve against lefties.

The Rockets hope Thompson’s continual improvement will help them achieve what they couldn’t quite do last season.

After winning the O-K Black Conference championship and posting nearly 30 victories, they had high hopes for a district championship.

But those hopes were dashed in heartbreaking fashion in the district finals against Holland West Ottawa, when the Panthers won with a walk-off double in the bottom of the seventh, which is the final inning in high school softball.

The sting of the loss has lingered for Thompson, because she felt the Rockets didn’t match the intensity and energy they had in the semifinals earlier in the day.

“We started the day with a lot of energy from the get-go, but we got into the second game and I just felt we weren’t all in,” she said. “We have to play with the same energy in the last game as we do in the first.”

Stingle is confident that her team, which is currently 10-7, can accomplish big things throughout the rest of the season.

“I believe the sky is the limit with this group,” Stingle said. “These girls have been together since they’ve been 8- and 9-years old. The girls come and they work hard. They don’t know how to turn it off, I guess you can say. They come every day and they want it.”