COMSTOCK PARK – The West Michigan Whitecaps wrapped up the first half of their Midwest League season with a performance that matched Sunday’s weather – very hot.

The Whitecaps overcame 90-plus degree heaT and blew past the Dayton Dragons 8-0 on Sunday in front of a sweltering crowd of 4,898 at Fifth Third Ballpark in Comstock Park.

The victory wrapped up a three-game weekend sweep over the Dragons, and extended the Whitecaps’ overall winning streak to four.

Most importantly, it sealed up third place in the Eastern Division’s first-half standings and sent West Michigan into the second half of the season with a winning record.

The Whitecaps ended the first half with a 36-34 record. They will now take a few days off for the Midwest League All-Star game break, before returning to action to start the second half on Thursday in Fort Wayne. 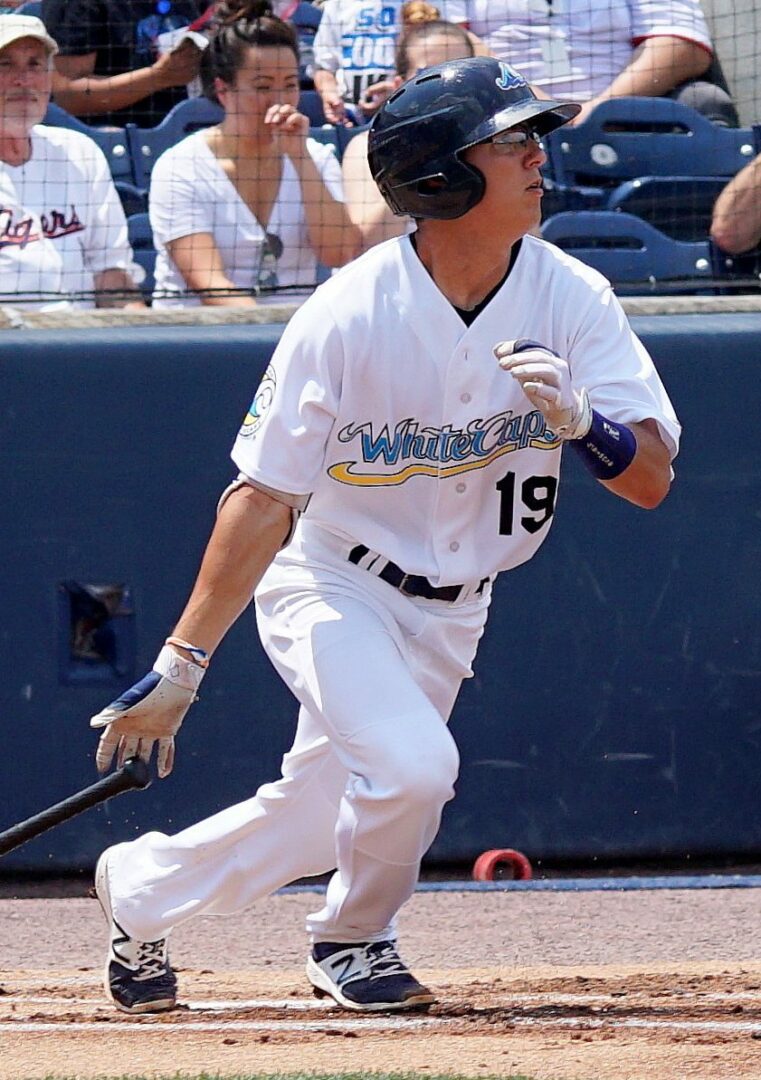 Cole Peterson watches the ball after getting a hit for the Whitecaps. Photo/Leo Valdez

The Midwest League standings start anew in the second half, All teams start out 0-0 and have another chance to make a run and earn a spot in the postseason league playoffs.

“The last four games have been very nice,” said Whitecaps manager Lance Parrish. “The way the guys have swung the bats, we’ve been waiting for that for some time, and to consistently do it for four days in a row is a good sign to me.

“Almost wish we didn’t have the All-Star break at this point.”

A big key to Sunday’s victory was the pitching of top prospect Matt Manning, who was the Detroit Tigers’ top pick in the 2016 Major League draft.

Manning held the Dragons scoreless for seven innings, allowing only three hits and no walks with six strikeouts. He combined with reliever Clate Schmidt for the shutout.

“He’s struggled a little bit with his command off and on, but he looked to be in total control today,” Parrish said. “It was a difficult day to pitch, but he kept composed and executed, and it seems like he took a giant step forward today.”

“It wasn’t too bad,” said Manning about pitching in the heat. “It kind of felt like being back in Florida. It was a little humid, the rays weren’t too bad. I just put it out of my head and got after it.”

While Manning handcuffed the Dragons’ bats, the Whitecaps had an impressive day at the plate, banging out 14 hits.

The Whitecaps broke open a scoreless game with three runs in the third. Azocar got things going with a triple – his fifth straight game with a three-bagger – then Bortles knocked him in with a bloop single to right field.

Reynaldo Rivera followed with a single to right, then Morgan sliced a two-run double down the right field line to knock in Rivera and make it 3-0.

West Michigan added three more runs in the fourth inning when Azocar and Peterson singled, Bortles drove them both home with a double, and Rivera plated Bortles with another double.

The Whitecaps finished the scoring with an Azocar two-run single in the seventh inning. 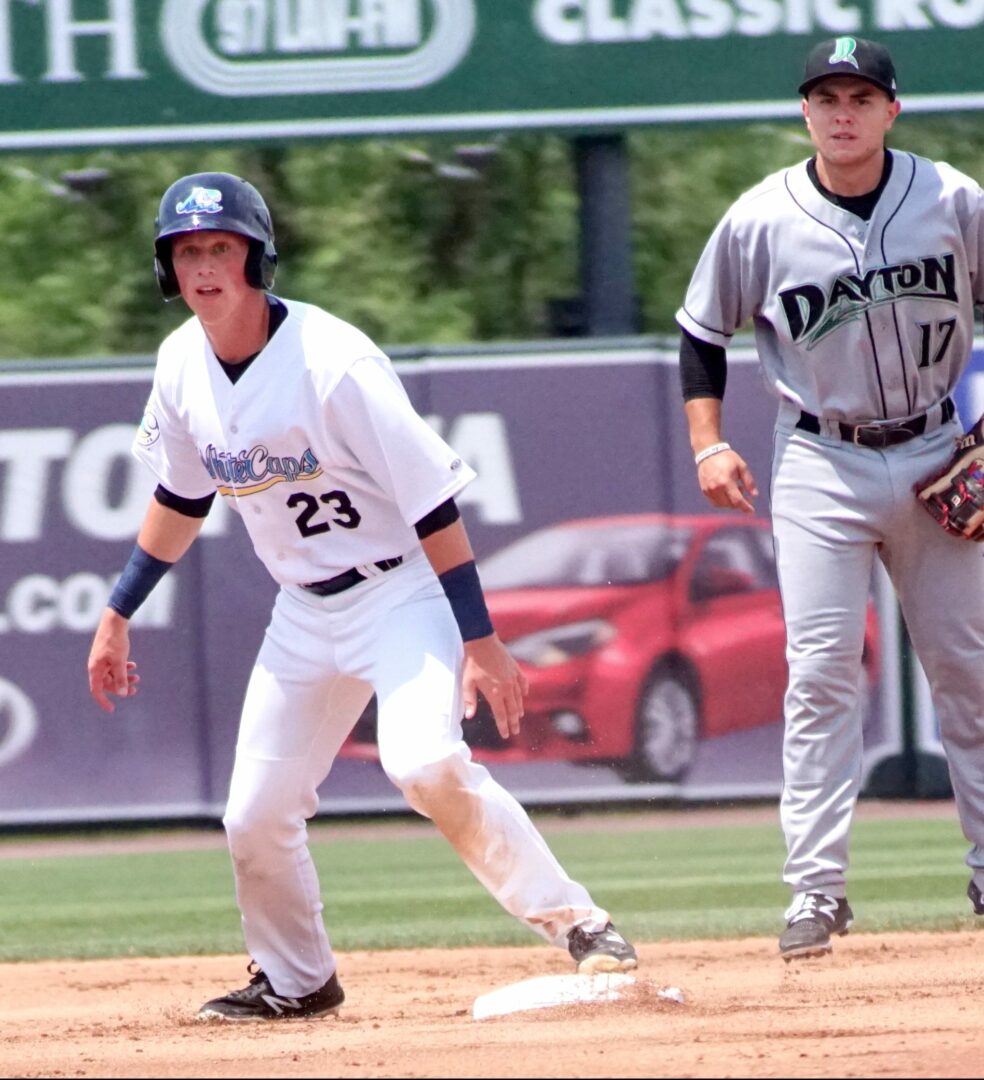 No. 23 Cole Bauml watches from second base to see if he can advance to third. Photo/Leo Valdez 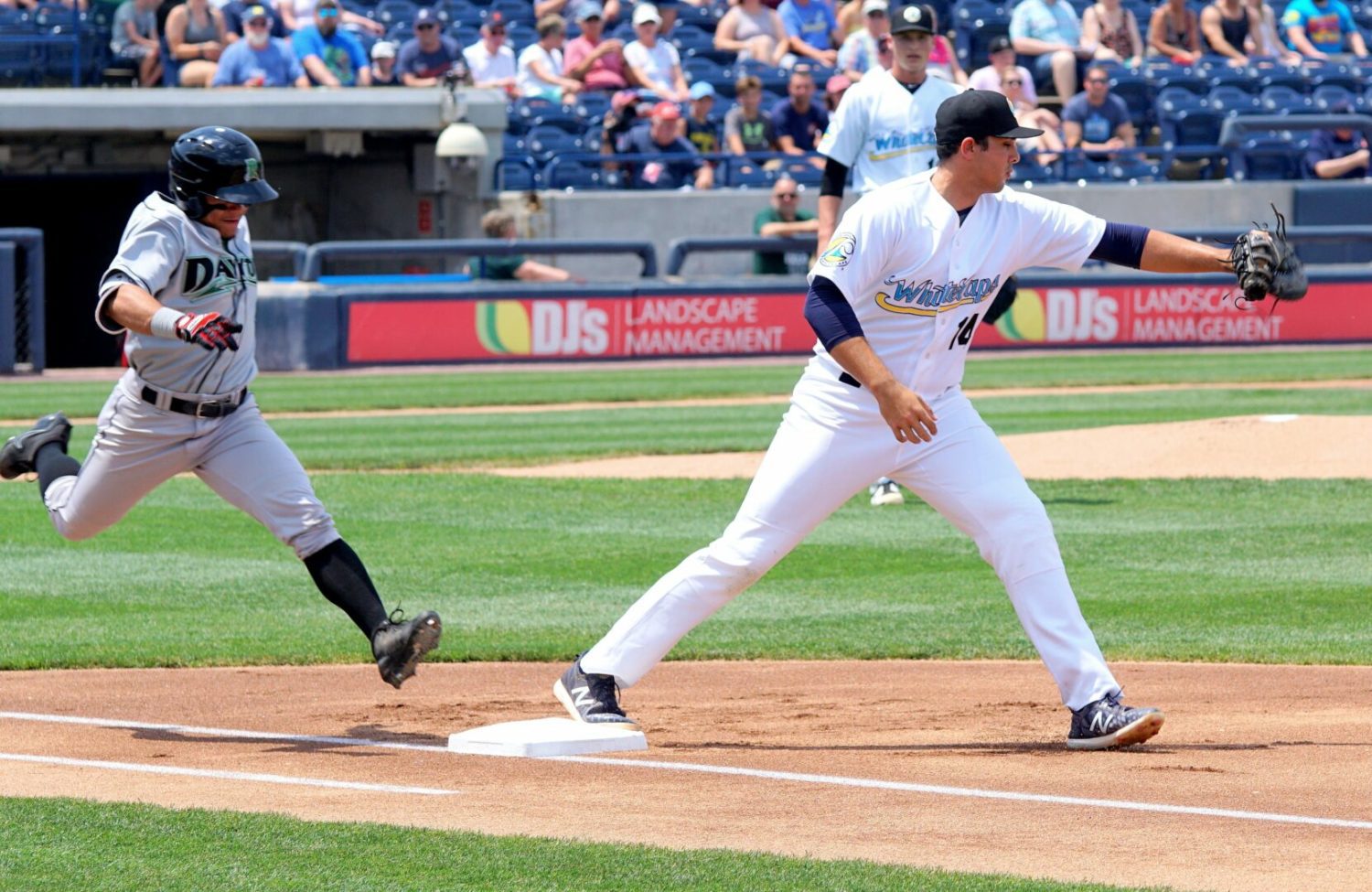 Reynaldo Rivera makes the putout at first base for West Michigan. Photo/Leo Valdez 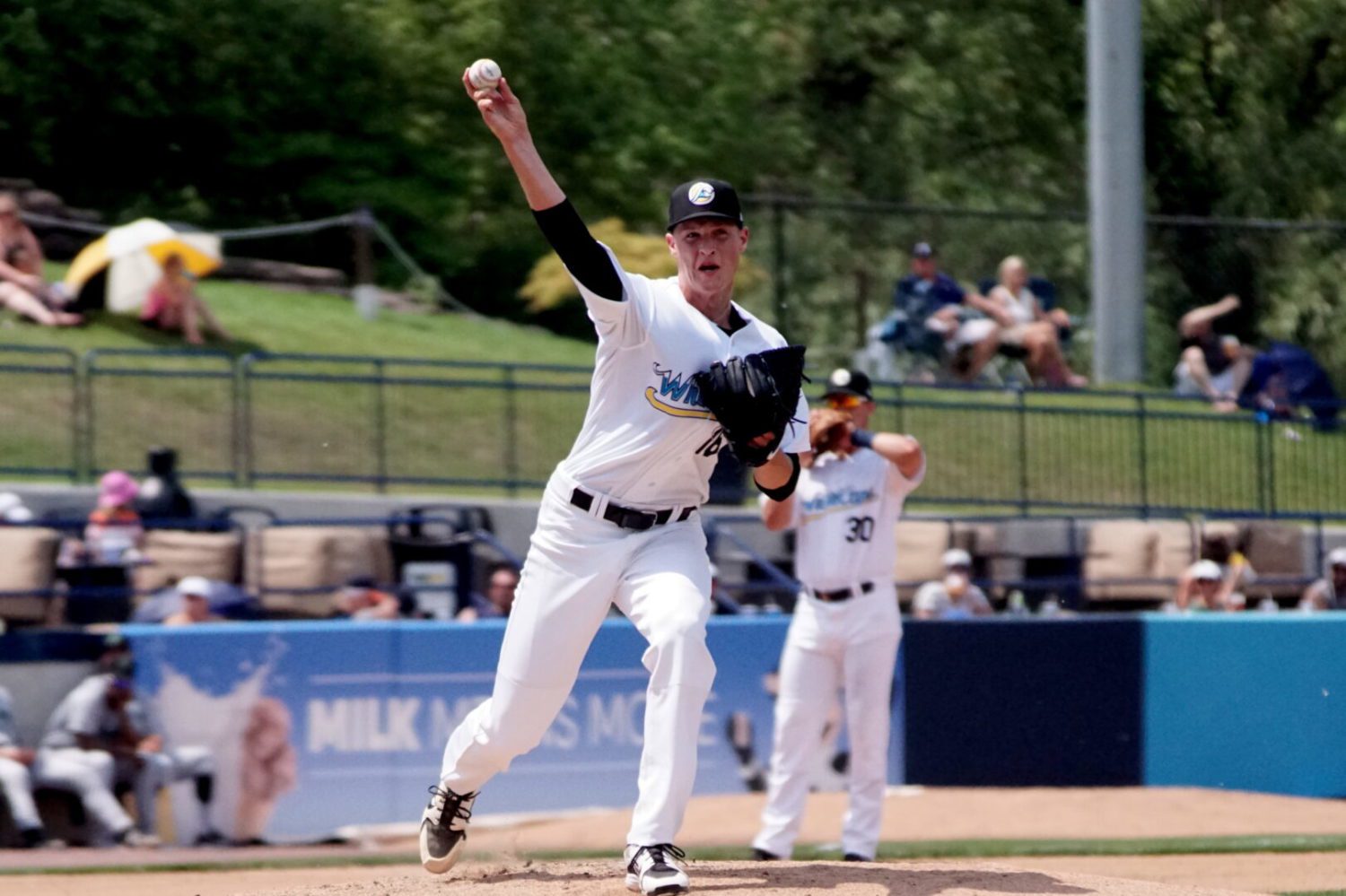 Matt Manning delivers the pitch for the Whitecaps. Photo/Leo Valdez 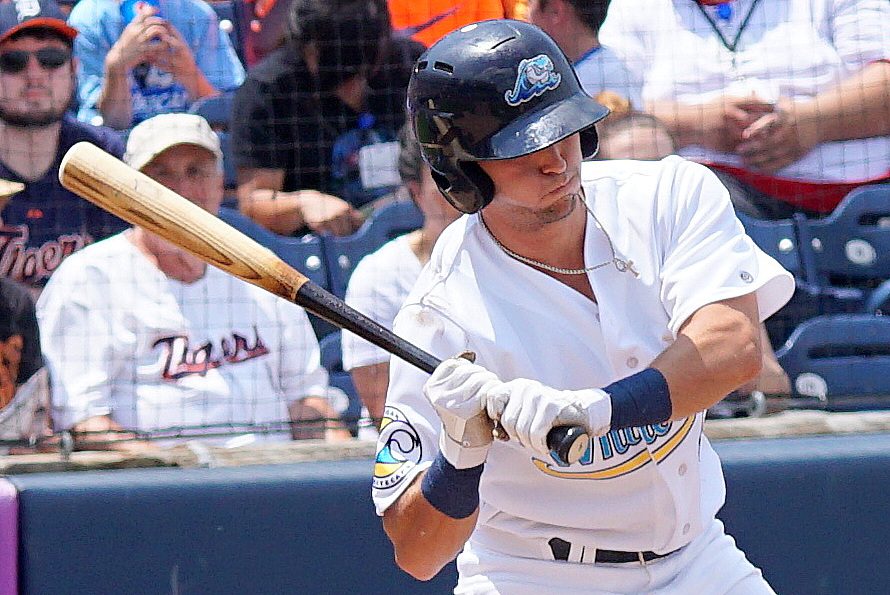