ROCKFORD – For a little while on Tuesday, it looked like the Muskegon Catholic Central baseball

The young Crusaders took a 1-0 lead over Beal City in the first inning of the Division 4 state quarterfinals.

But the clock finally struck midnight for the Crusaders, and their tournament run came to a close in a 9-2 loss at Rockford High School.

But for the many MCC players who will be returning next season, the loss in the state final eight probably seemed like more of a beginning than an end.

There were nine freshmen and sophomores on the team that finished with a very respectable 23-10 record, and the future seems very bright. 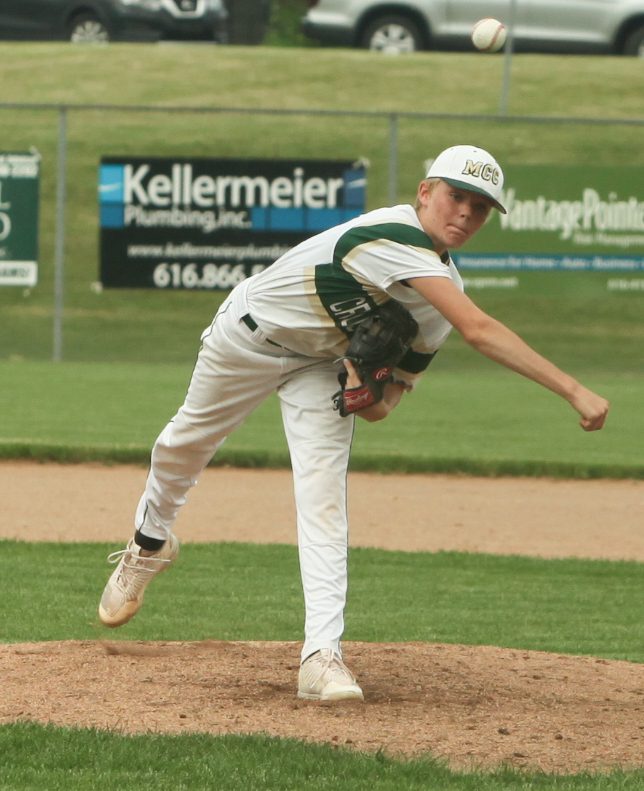 “We’re going to be very good,” said veteran MCC Coach Steve Schuitema. “There is no doubt about that.”

The game started out promising for the Crusaders.

They dodged a bullet when Beal City’s Colby Berryhill led the game off with a hard-hit double to left field. Berryhill then reached third on a wild pitch with no outs.

But Berryhill was stranded at third base when Crusader pitcher Heath Cory struck out two batters then coaxed the third into a harmless fly ball.

MCC grabbed a 1-0 lead in the bottom of the first when Navarre Klint hit a sacrifice fly to center field to score Carson St. Amour.

Beal City evened the score in the second inning when Berryhill ripped an RBI double to left field to score Aaron Schafer.

The Aggies added two runs in the third and another in the fourth to take a 4-1 lead.

The game was broke open in the fifth when Beal City sent 11 batters to the plate and scored five runs to take a 9-1 lead.

The final run of the game came in the bottom of the fifth when MCC’s Riley St. Amour hit an RBI single to score Jackson Riegler.

“They played some pretty good defense behind him today,” Schuitema said. “We had five hits, but if you play good defense like they did today, it’s hard to find holes.”

While Schuitema will return the bulk of his team next season, he said he will miss his six seniors – Ryder Smith, Jackson Riegler, Riley St. Amour, Tim Egeler, Zac Laham and Zachary Fooks.

“We’re going to miss all of them,” he said. “They gave us a nice run and we had a lot of fun getting here. We just got beat by a better team today.”

Beal City will advance to play in the Division 4 semifinals on Friday at 9 a.m. at Michigan State University. 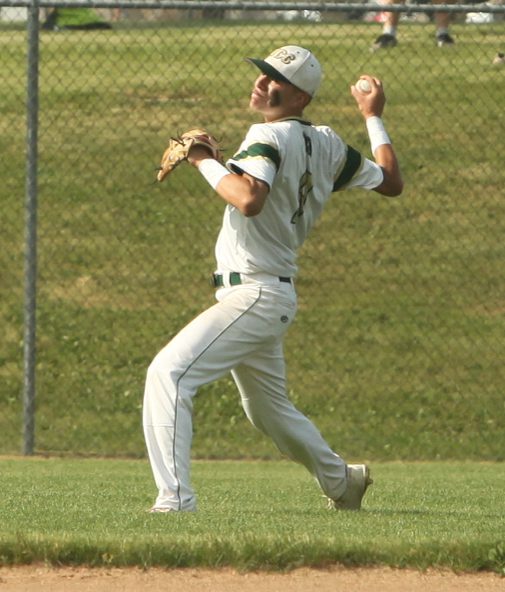 MCC outfielder Max Price relays the ball back into the infield. Photo/Jason Goorman 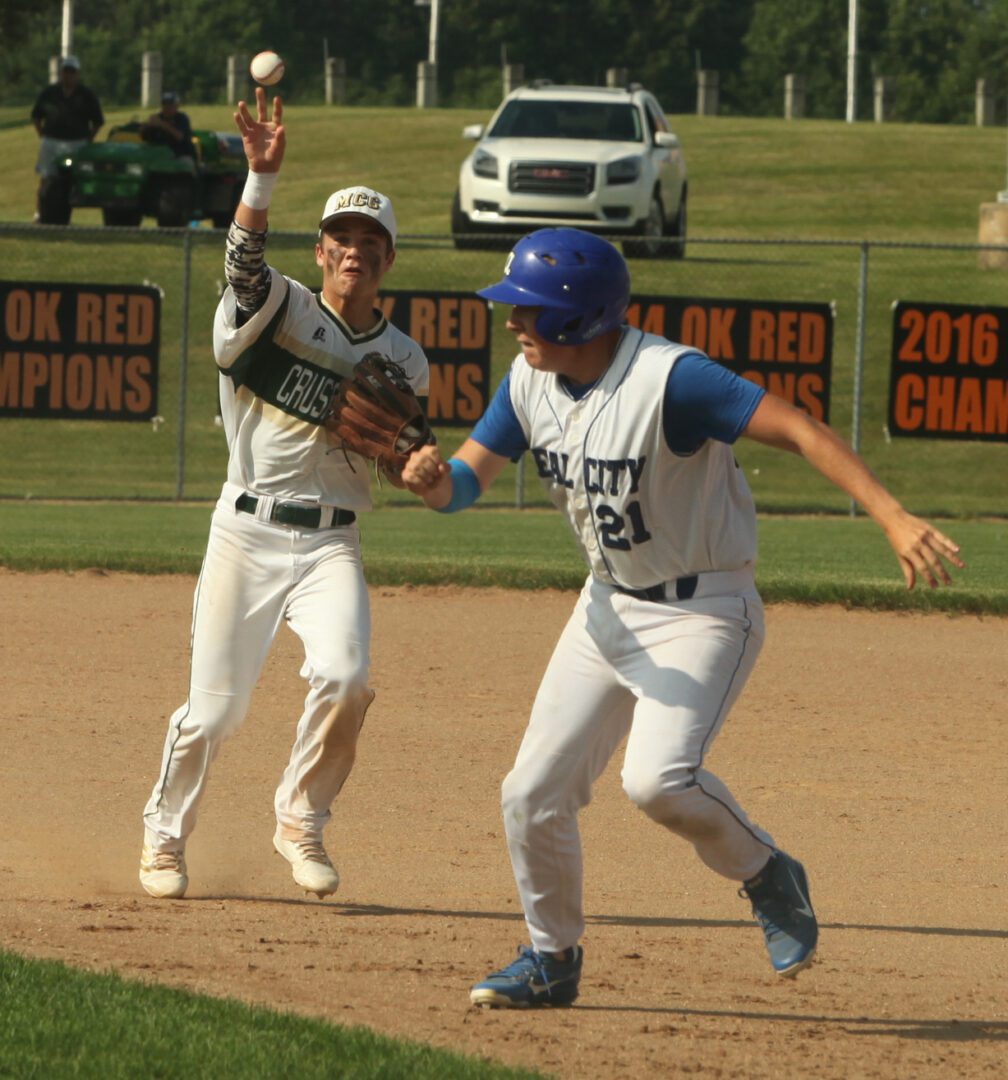 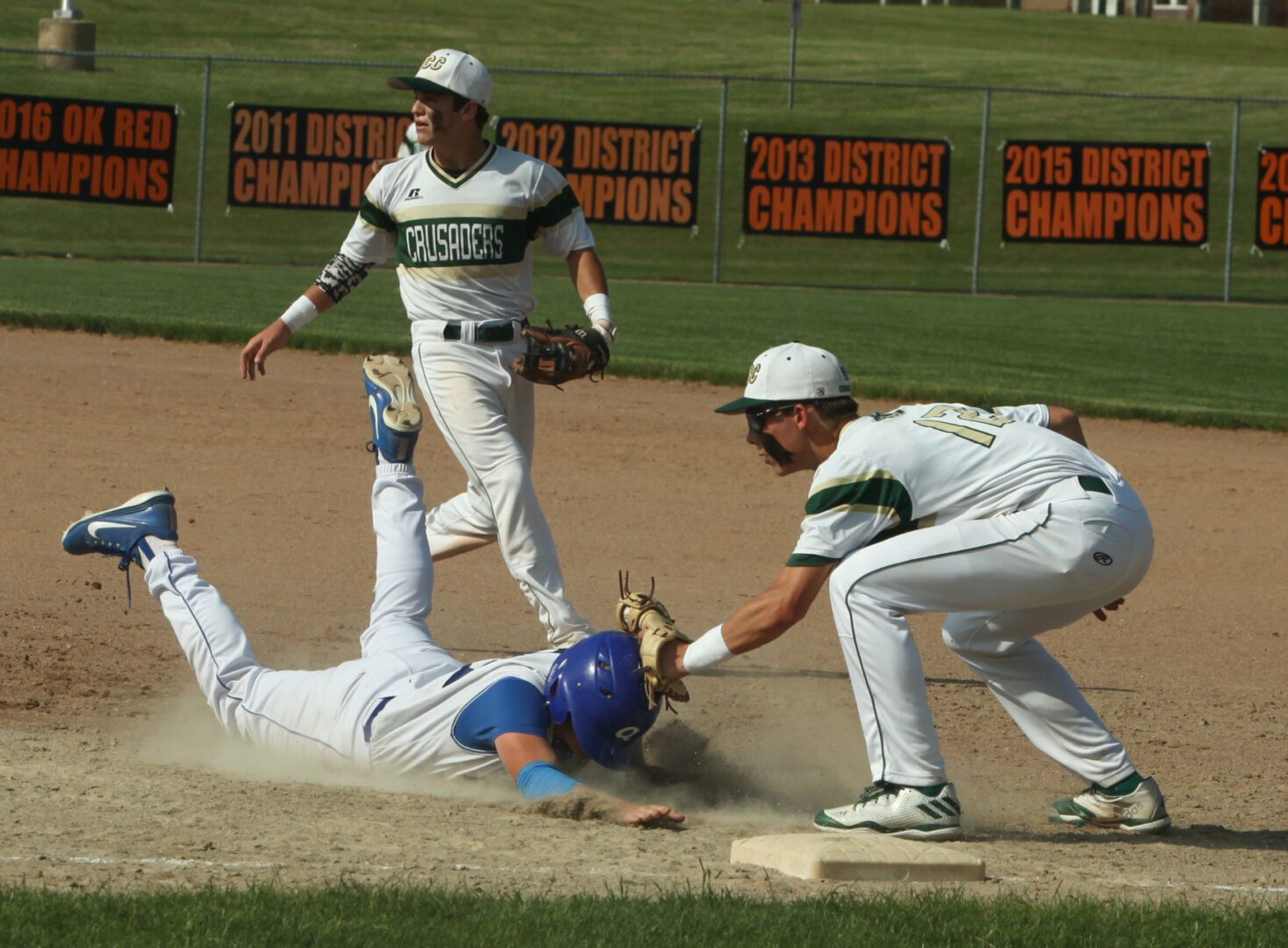 Nolan Convertini lays on the tag at first base for MCC. Photo/Jason Goorman