Whitecaps withstand Kane County comeback attempts to get back to .500 on year

After the two teams battled to a 3-3 tie after nine innings and a 4-4 tie after ten innings, the Whitecaps used a four run rally in the 11th to win.

To start the scoring in the 11th, Brock Deatherage doubled home Anthony Pereira, Dylan Rosa and Kody Clemens. Deatherage later scored in the inning on a Jordan Pearce single.

Kane County scratched across a run in the bottom half of the inning but ultimately fell short in the comeback attempt.

Dylan Rosa started the scoring for West Michigan on Wednesday with a three run home run that scored Colby Bortles and Joey Morgan.

Kane County later tied the game at 3-3 with two runs in the second inning and a run in the seventh.

In the 10th, Jordan Pearce doubled home Deatherage before Kane County scored a run in the home half of the inning, tying the game at 4-4.

Pearce led the Whitecaps offense with three hits and two RBIs while Deatherage and Rosa each added two this and three RBIs of their own. Brady Policelli also had two hits on the night for the Whitecaps.

The Whitecaps are now 48-48 overall on the year and 12-14 in the second half, five games behind Bowling Green for first place in the Midwest League Eastern Division second half standings.

Kane County and West Michigan will continue their series at 7:30 p.m. on Thursday. 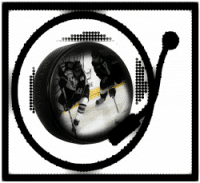