NORTH MUSKEGON – Sometimes, the best route to success for high school football coaches is to utilize the KISS method.

At North Muskegon, that meant convincing a natural quarterback to switch positions. 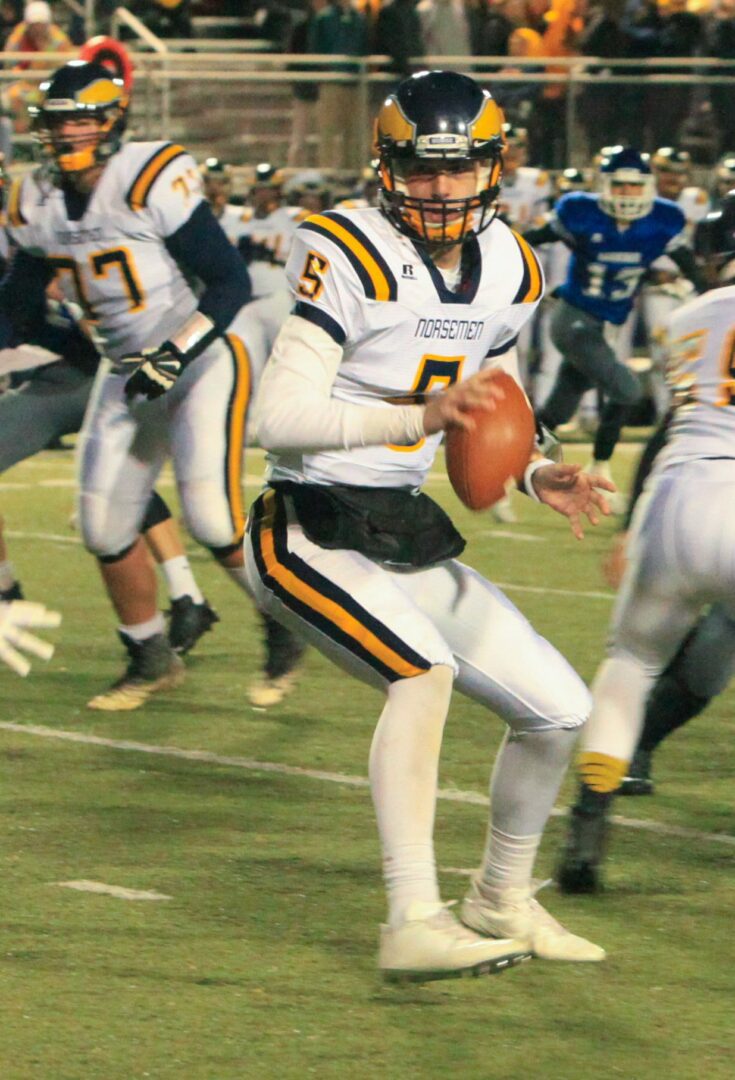 North Muskegon’s Jesse Cooke gets ready to make the pitch outside in the Norse’ playoff loss to Oakridge last season. Photo/Jason Goorman

So around the time 7-on-7 passing camps in the summer began rolling, Witham decided that the 6-foot-7, 210-pound Cooke would be better utilized as a receiver, and the 6-foot, 160-pound Young would take all the snaps as the Norsemen’s No. 1 quarterback.

So far, players and coaches believe the move makes North Muskegon’s offense much, much more dangerous.

The Norse will get their first chance to show off that offense on Friday night, when they host Hesperia in a non-conference opener.

“The bottom line was, we felt it was unfair to keep one of those guys on the sideline (as a backup quarterback),” said Witham, who led the Norse to a 6-4 record and a Division 6 playoff berth last season, ending a seven-year drought.

“With Jesse getting interest from college coaches as a tight end, wide receiver, it became an easier move. He’s a nightmare to match up on.”

Three or four years down the road, college coaches are envisioning Cooke as another Zach Gentry, the University of Michigan’s 6-foot-7, 260-pound tight end who started in career in Ann Arbor as a quarterback.

“Jesse runs a 4.7 (second) forty (yard dash) and he has great hands,” Witham said. “These college coaches are thinking 25-30 pounds later, he could be a pretty decent target as a flex wide receiver, tight end. So really, the handwriting was on the wall to make the (position) switch.” 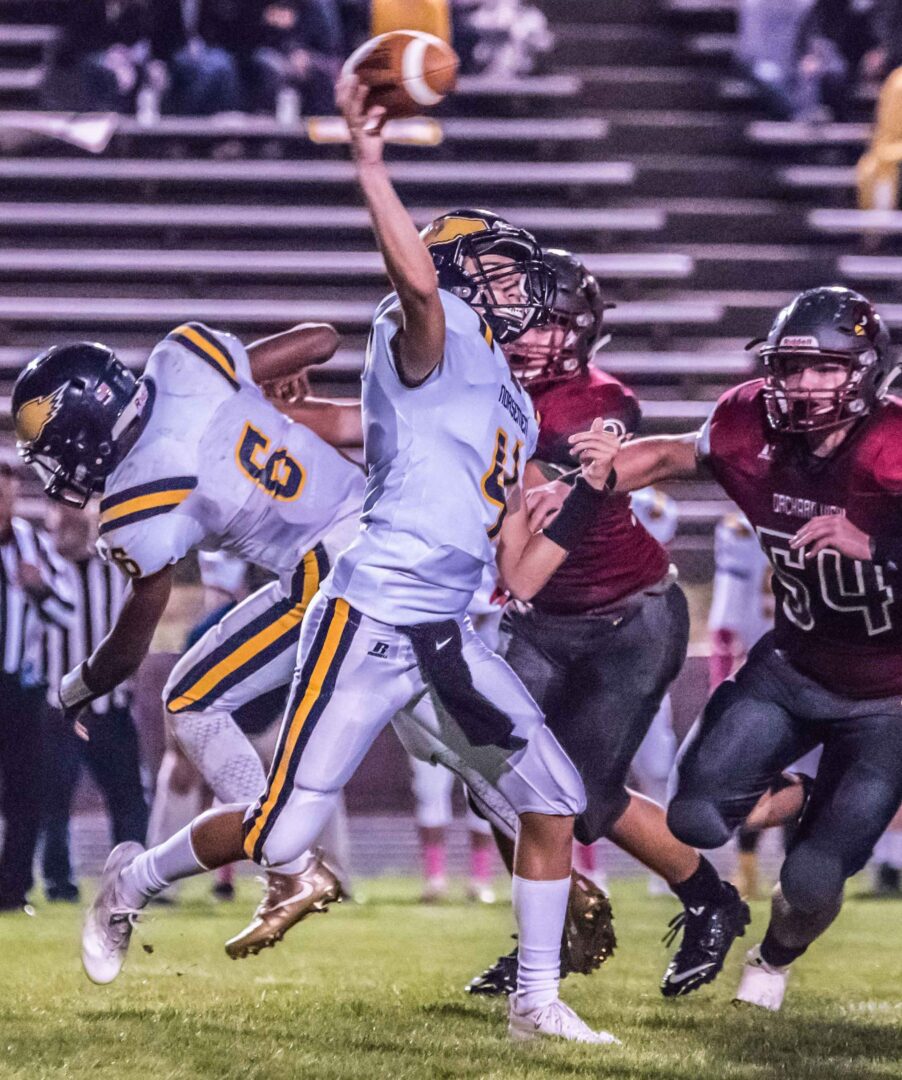 Cooke said the move was “difficult” at first, simply because his first love was playing quarterback. He alternated snaps with Young last season. something the two have done since they were freshmen playing on the junior varsity.

“The more reps I take at receiver, the more I’m getting used to it,” said Cooke, who also helped lead North Muskegon to a district title in basketball last season. “I’d love to play in college, and I think I’m better suited at receiver where I can make some plays. I just have to keep working.”

Cooke said he camped at Grand Valley and Central Michigan this summer, which helped him work extensively at receiver. He’s also talked with coaches at Northern Michigan and Hope College.

Cooke will make the quarterback job easier for Young, who will be throwing to a talented group of tall receivers that also includes T.J. Mackenzie, who stands 6-4, and De’Shary Warren, who is 6-1.

“It takes a lot of pressure off of me because I know I don’t have to toss a perfect pass through a tight window,” Young said of throwing to Cooke. “I can put it up where he can go up and adjust. He’s definitely a playmaker. With those other guys, I tend to throw it more to an open space, so they can catch and then make a move after the catch. They’re great athletes, so that gives them a chance to show what they can do.”

Cooke describes Young as a dual-threat playmaker at quarterback.

“He’s got a great arm, but he can also make plays with his feet,” Cooke said. “He’s able to keep defenders off guard. He’s got a really good skill set and he’s a good leader.”

With the pieces in place offensively, the Norse hope a return to the playoffs is forthcoming. North Muskegon has dropped to Division 7 this season.

“We set the standard last year, but we just don’t want to win five games,” Young said. “We want to exceed what we’ve done. We want to get back in the playoffs and then make a run.”