The second week of the 2018 football season is almost here, meaning another two days of exciting action are right ahead of us.

This week’s matchups are split between Thursday and Friday, with LocalSportsJournal.com providing coverage of

Two state powers collide at Hackley Stadium, as the Big Reds (1-0) face the Crusaders (1-0) in another early season test. The teams have met four times, all Muskegon victories, with the last coming in 2009. 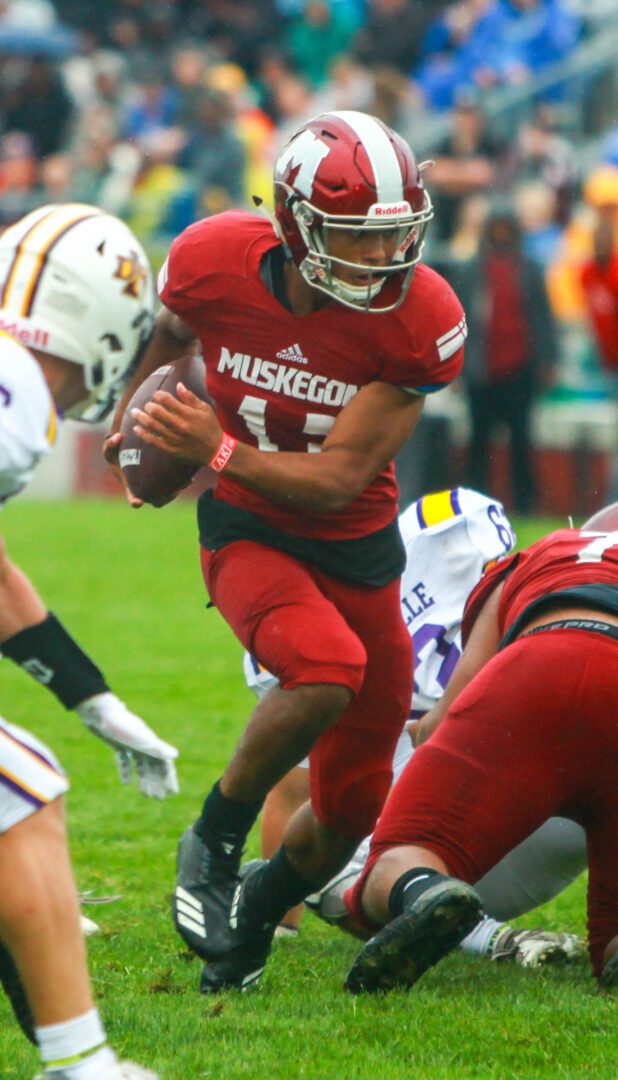 The Crusaders won back-to-back state titles in 2015 and 2016 before falling to Warren De La Salle in last year’s state semifinals.

King opened its season with a 52-38 win over East St. Louis – the winningest program in Illinois history.

The Crusaders are making a habit of knocking off legendary programs. They beat Indiana’s winningest football program last season, and now have their sights set on the Big Reds, Michigan’s all-time winningest team.

With both teams featuring high powered attacks, this one might come down to who has the ball last.

It just so happens that Martinez, the Big Red quarterback mentioned above, transferred away from Muskegon Catholic last year, and some people thought MCC might not be as good this year without him. 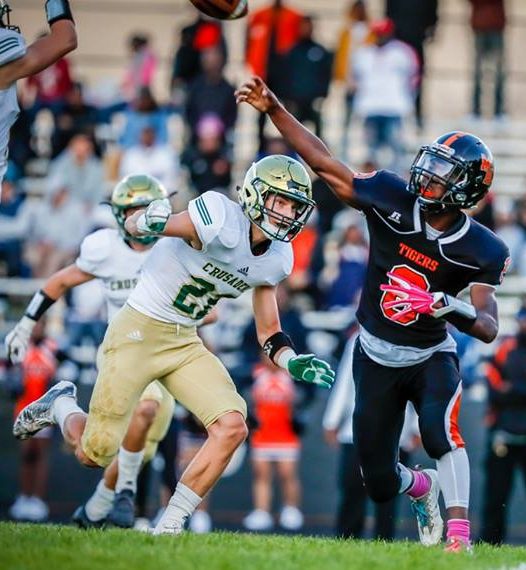 But the Crusaders (1-0) answered their doubters – including several of us here at LSJ – with a 35-7 season-opening victory at Algonac.

MCC fired on all cylinders in the win, succeeding on the run, through the air and defensively. The Crusaders ran for 164 yards, threw for 150 and allowed just 241 in the win over the Muskrats.

Dane Rutz had 113 total yards, Carson St. Armour ran for 57 yards and two scores and Max Price threw for 150 yards and a touchdown.

This will be the first ever meeting between MCC and Notre Dame Prep (1-0).  The Crusaders may have an edge because they played last week, while Notre Dame Prep won by forfeit in Week 1.

The Fighting Irish finished last season 8-3 with a loss in the district round of the MHSAA playoffs.

The Norse and the Eagles will get the always-competitive West Michigan Conference schedule rolling with an early showdown.

The local rivalry has been a bit one-sided of late, as Oakridge has won 13 consecutive meetings, including two last season (once in the playoffs). 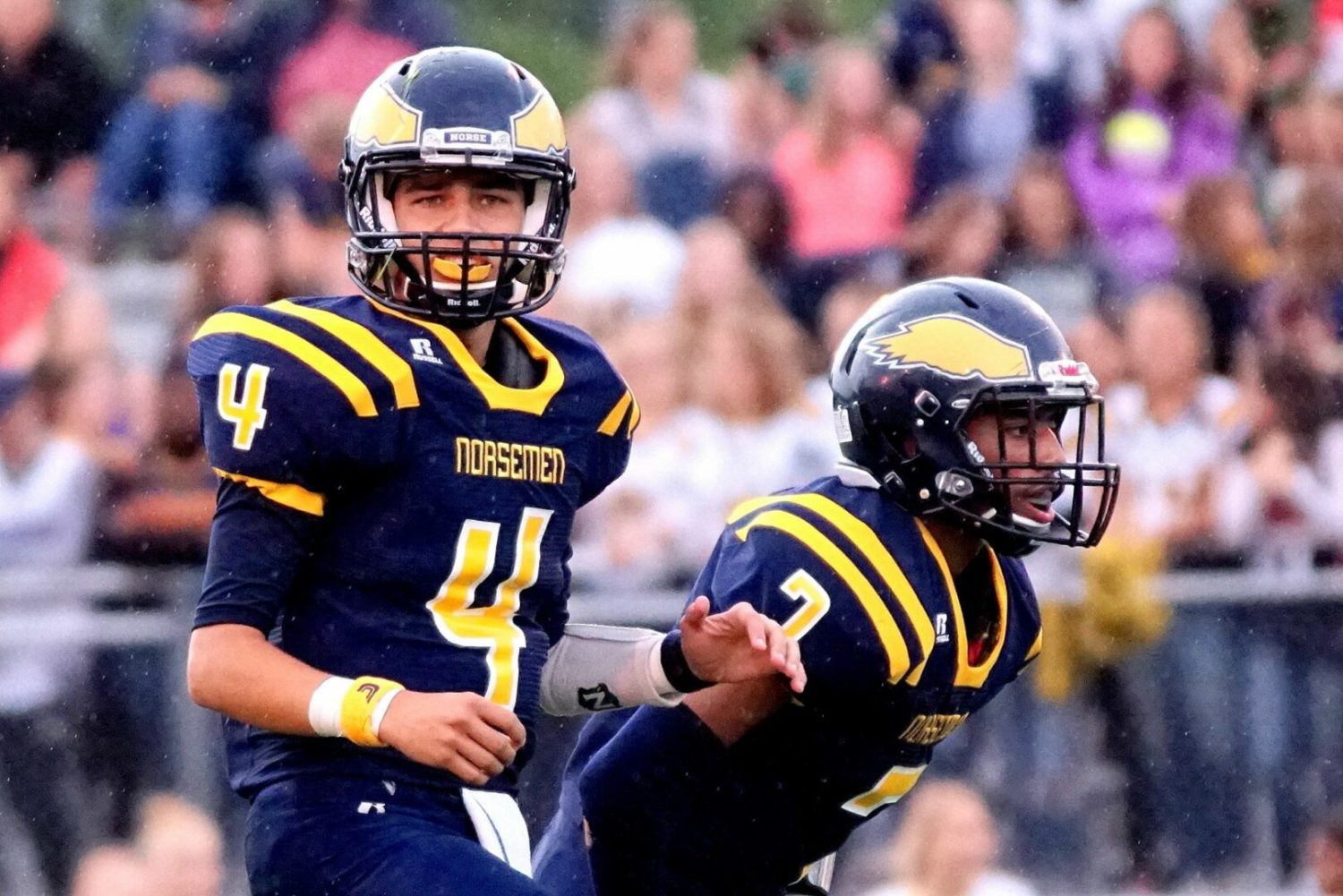 North Muskegon’s Mack Young and No. 7 Stephan Smith during the Norse’ Week 1 win.

North Muskegon last beat the Eagles in the 2006 state playoffs, but might have the firepower to end the streak this year.

The Norse showed off their big play ability last week against Hesperia in a 41-6 season-opening win. Chandler Edwards ran for 139 yards and three touchdowns – on just four carries.

Edwards, McKenzie and Jesse Cooke are all weapons for quarterback Mack Young, who threw for 100 yards on six completions in Week 1.

But Oakridge has plenty of talent of its own. The Eagles opened their quest for a 14th consecutive playoff appearance by dominating Chippewa Hills 55-8 in Week 1. 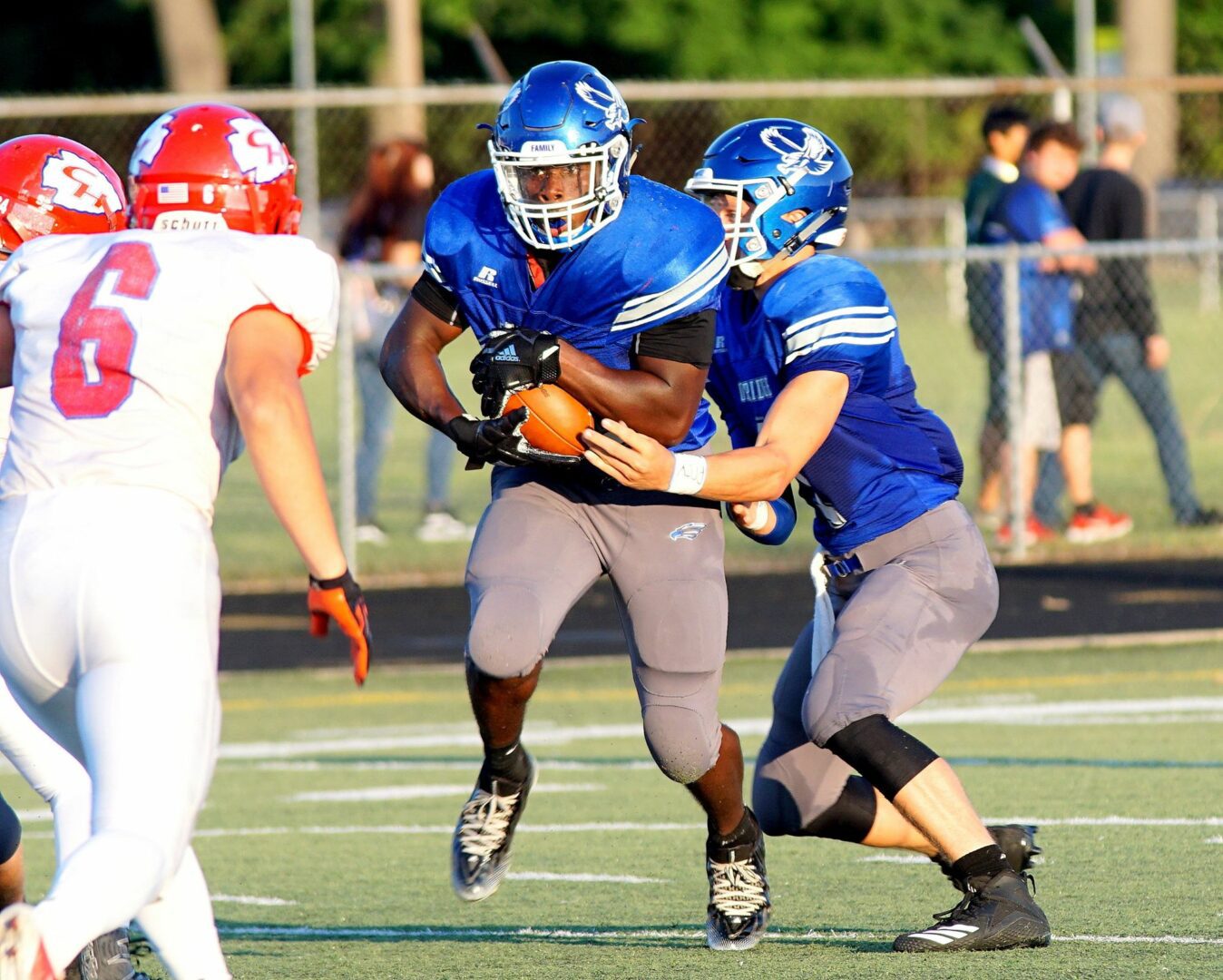 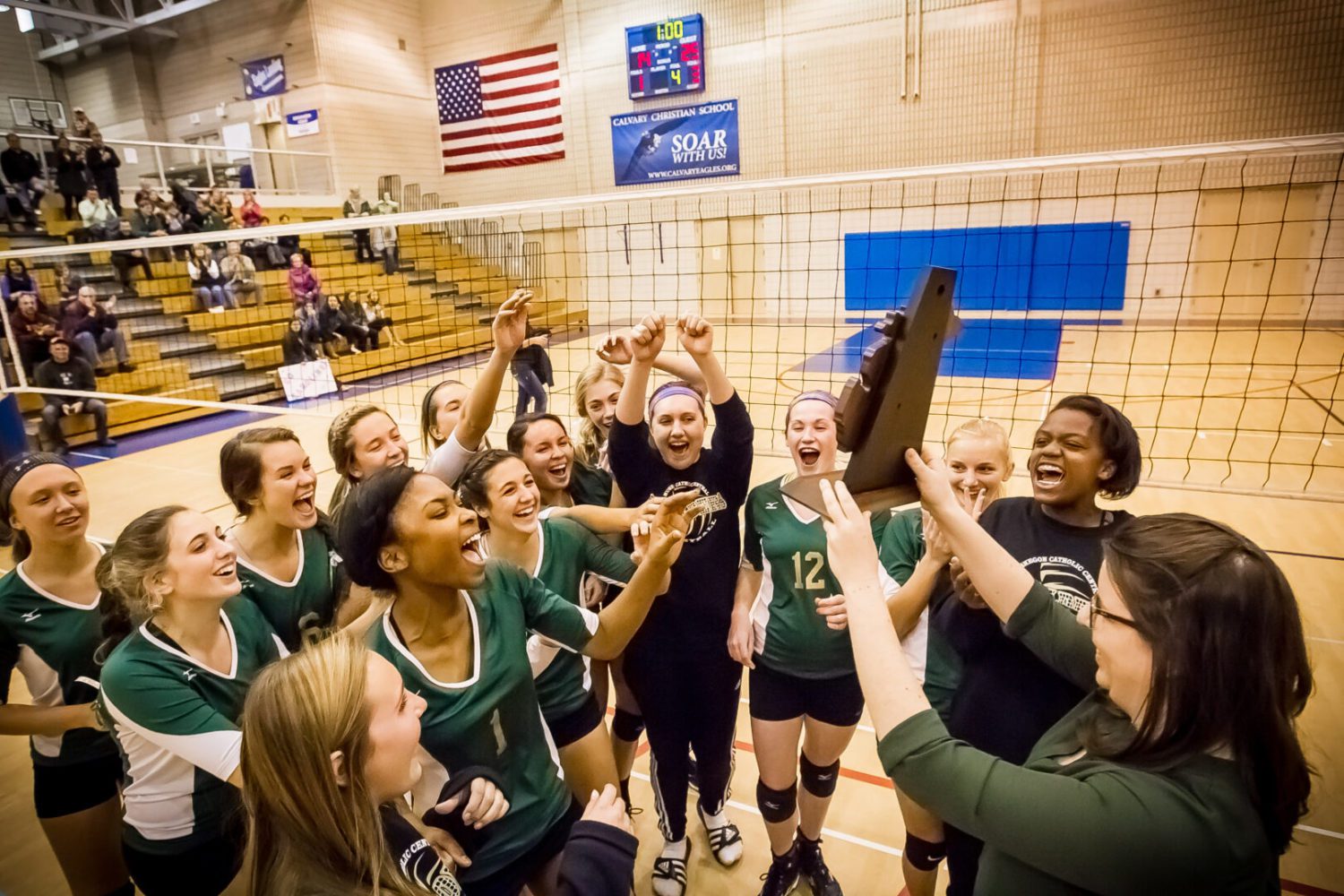