Reeths-Puffer quarterback Evan Moskwa had a monster night on Thursday, throwing for 383 yards and six touchdowns to lead the

Rockets to a wild 55-34 victory over Orchard View in a non-conference tilt.

R-P’s Daven Fox got things going early by taking the opening kickoff 94 yards for a touchdown. Orchard View answered with a touchdown four minutes into the second quarter and missed the extra point, leaving the Rockets with a slim 7-6 lead.

Then Moskwa got hot, throwing three touchdown passes in the second quarter, to Carter Fulton (17 yards), Fox (15 yards) and another to Fulton (30 yards). Reeths-Puffer led 28-6 at halftime.

The second half was pretty even, with OV outscoring the Rockets 28-27. But Moskwa and his receivers continued to do their damage.

Moskwa threw TD passes of 10 and 12 yards to Fox in the third quarter, and 40 yards to Fulton in the fourth. The quarterback also scored on a one-yard run earlier in the fourth quarter. 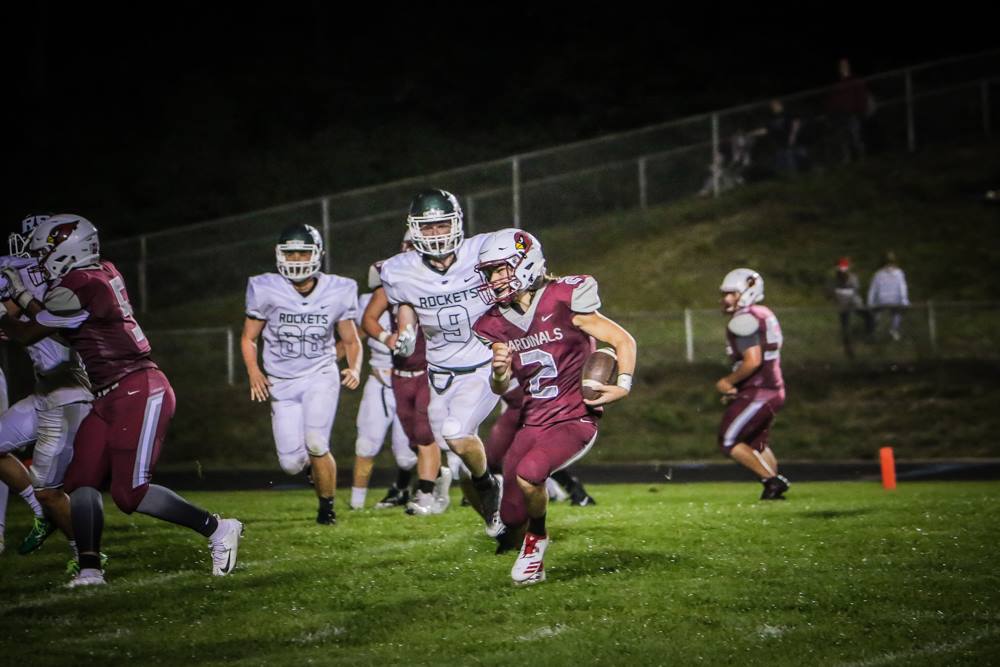 Orchard View’s No. 2 Mike Grinnell tries to find his way past No. 9 Josh Jordan and the Reeths-Puffer defense. Photo/Joe Lane 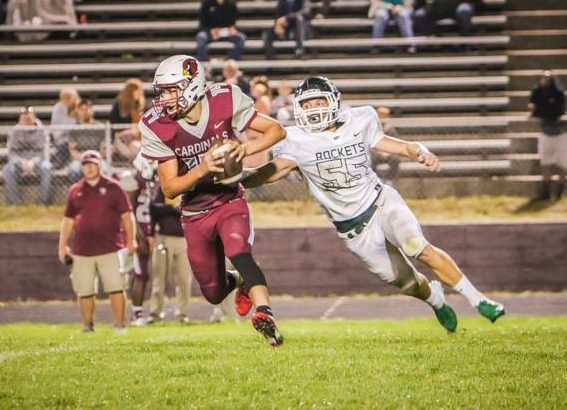 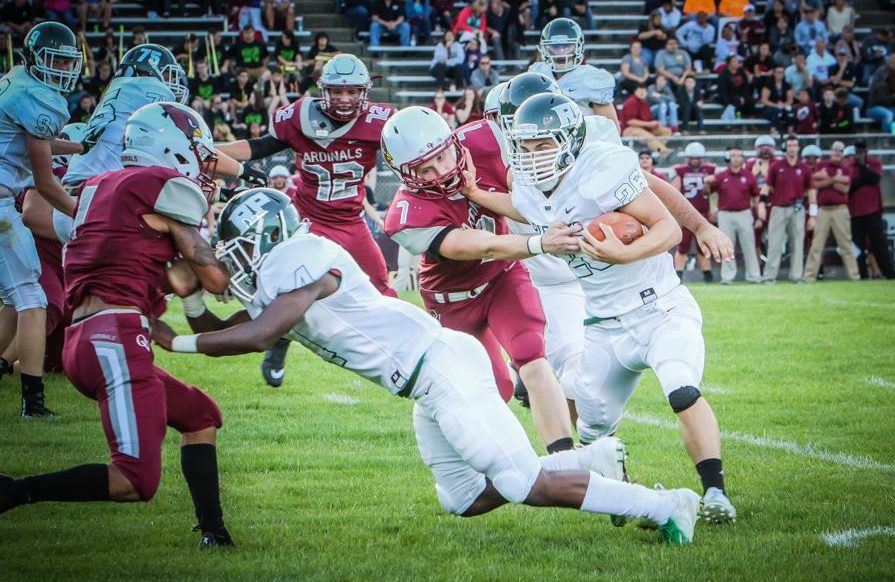 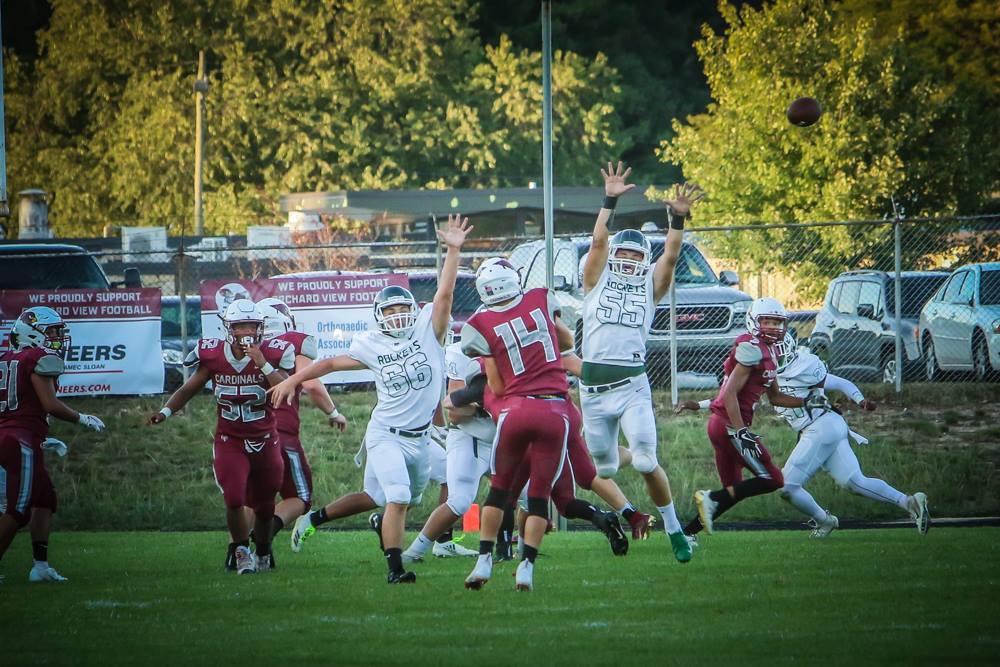 Reeths-Puffer’s No. 66 Jacob Uganski and No. 55 TJ Waters get their hands up as OV’s Owen Swanson makes the pass. Photo/Joe Lane