FRUITPORT – The “Battle of the Bayou” has been a one-sided affair over the last four seasons, with Fruitport beating old rival Spring Lake every time.

That steak came to an abrupt halt on Thursday night in front of a big crowd of 1,862 at Fruitport High School.

Spring Lake jumped out to a commanding 35-0 lead and registered a 49-20 victory to finally gain possession of “the paddle,” the trophy that goes to the winner every year.

Laker quarterback Caleb Montgomery led the way, completing 6 of 9 passes for 170 yards and a touchdown and rushing for 154 yards and three touchdowns.

Spring Lake is off to a 2-0 start, which matches third-year head coach Dan Start’s win total over his first two seasons.

“Boy it’s cool,” Start said after the game. “We are going to let the kids celebrate with the students because they earned it. We are excited, but we know we have a tough road ahead of us.”

The Lakers opened the scoring on their first possession with a three-yard touchdown completion from Montgomery to Aleck Frederick, and led 7-0 with 7:39 left in the first quarter. 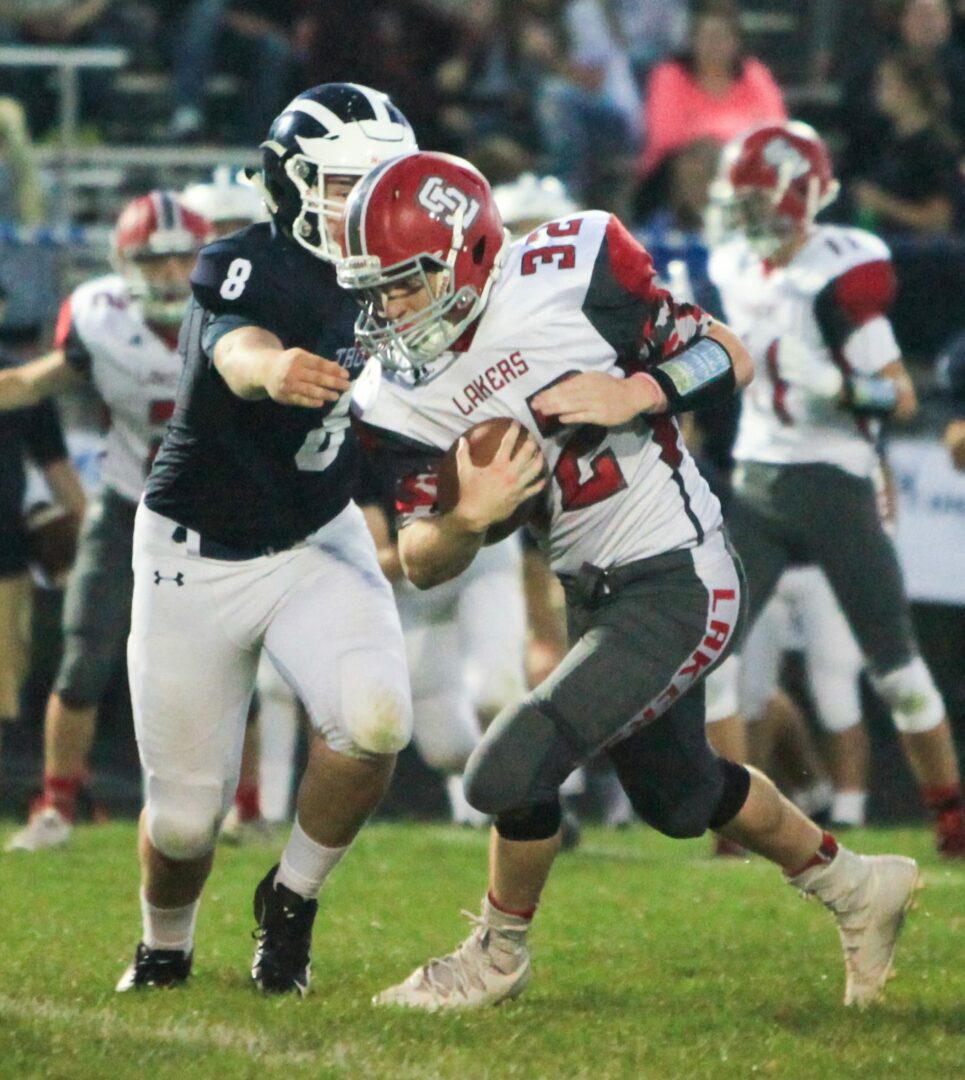 Spring Lake increased its lead to 14-0 on the second play of the second quarter with a 32-yard scoring run by Montgomery.

The Lakers closed out the first half scoring with a 15-yard touchdown run by Mitch Payne with 4:48 left in the second quarter, and led 21-0 at the break.

Spring Lake maintained its momentum at the start of the second half, scoring the next 14 points on a six-yard run by Montgomery and a five-yard scamper by Payne.

The Lakers led 35-0 after three quarters.

Fruitport finally got on the board in the fourth quarter, scoring 13 points in a span of 20 seconds on an 11-yard touchdown run by Ethan Flores and 40-yard touchdown pass from quarterback Jakob Carlisle to Flores.

Spring Lake responded with a four-yard touchdown run from Montgomery with 6:54 left in the game to take a 42-13 lead, before the Trojans countered on a long 70-yard touchdown pass from Carlisle to Flores with 6:31 remaining.

The Lakers closed out the scoring with a 38-yard touchdown run by backup quarterback Zachary Keyser with four minutes left in the game.

Payne rushed for 76 yards on 11 carries and two touchdowns for Spring Lake.

“We struggled getting momentum all night,” said first-year Fruitport coach Nate Smith. “Guys are still working hard and learning the system, but that’s no excuse. I am really proud the guys didn’t quit without a fight.”

The Trojans were led by Carlisle, who was 10-for-25 passing for 223 yards and two touchdowns while Flores caught three passes for 145 yards and two scores.

Spring Lake will host Sparta next weekend, while the Trojans (0-2) will visit Jenison. 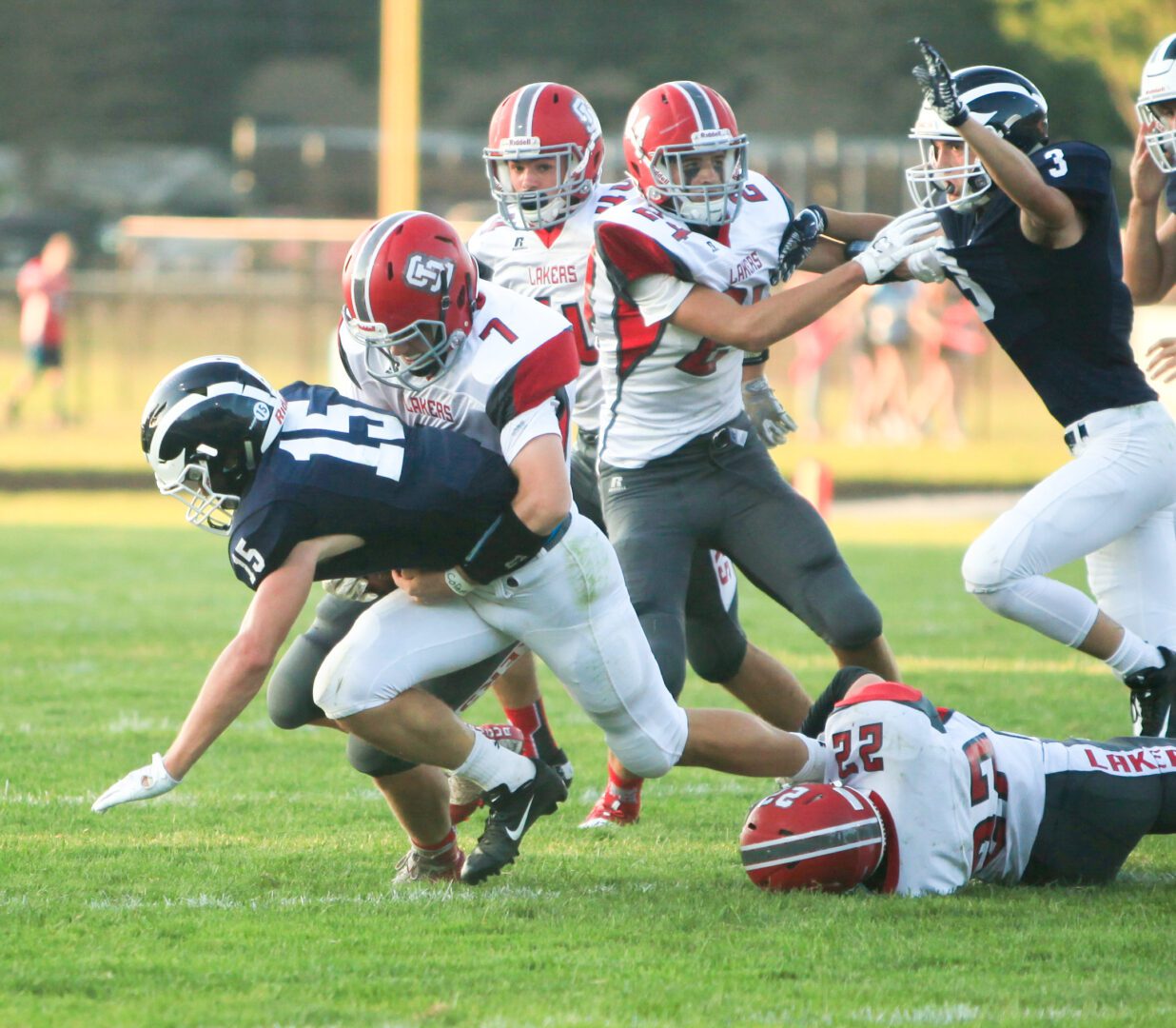 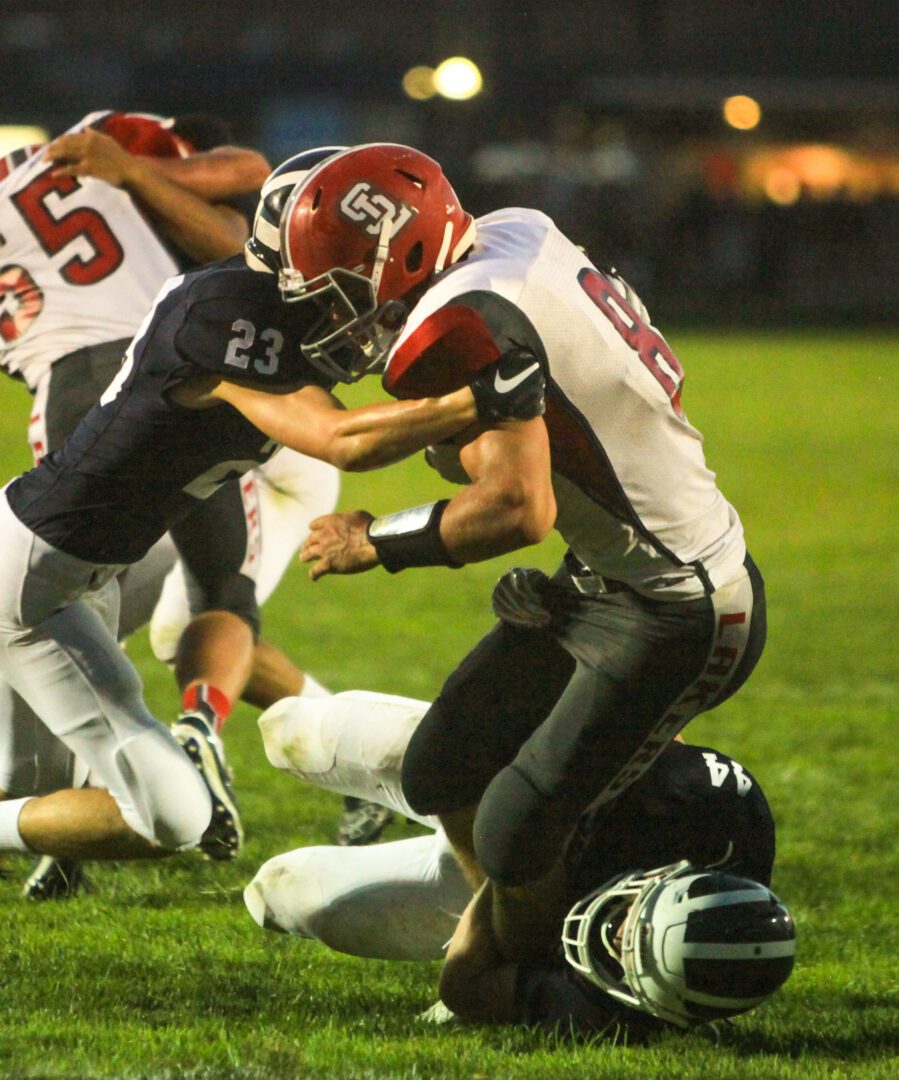