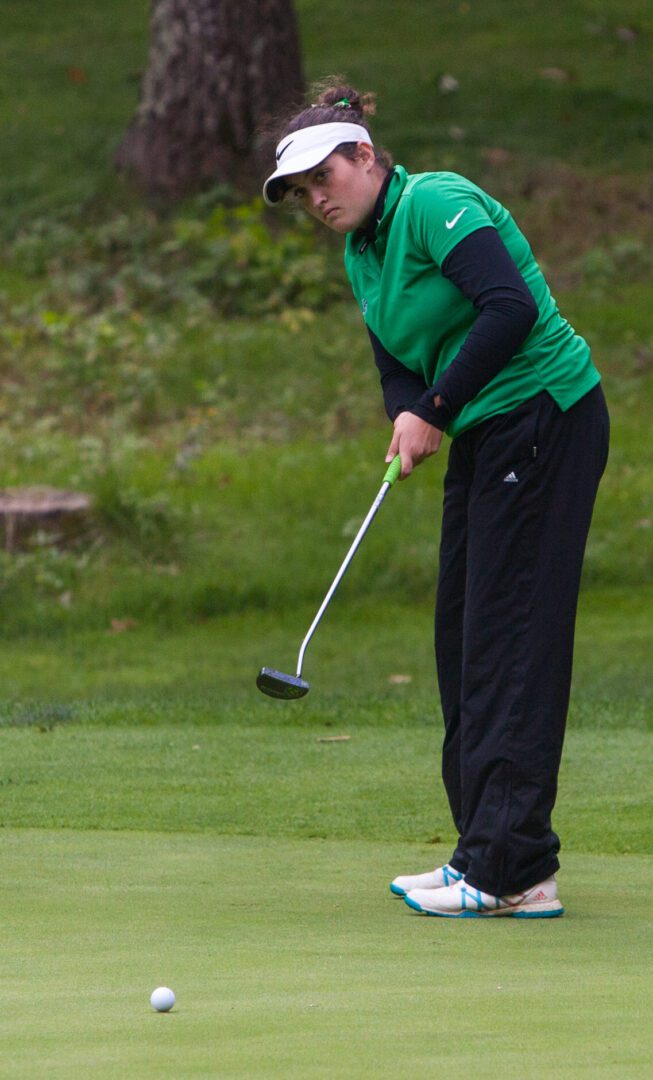 Karli VanDuinen looks up after hitting her putt on the 16th green. Photo/Jason Goorman

The youngest player on the Rockets’ squad, and sister of senior leader Karina VanDuinen, shot a 76 to take medalist honors at Stonegate Golf Club.

A slow start didn’t inhibit Karlie VanDuinen’s first high-school tournament title as she started with two bogies and responded with a birdie and a pair of pars.

“After a few holes I started to feel pretty good,” said VanDuinen whose sister Karina won the city title as a freshman three years ago. “I fought against my driver a lot but I just grinded away. I challenge myself with chipping and to make every shot better.”

The light tempered freshman never lost control of the day, only turning in five bogies and two doubles, while shooting a 38 on both the front and back nine holes.

“It’s just another day, I guess,” said a humble Karlie VanDuinen about her first city title. “I’ll be looking back on this one for a while. But I don’t really get nervous when I play, I just kind of look at it as another day, another shot.”

The calm and collected attitude the freshman VanDuinen has can be attributed to her team’s work ethic said her coach, Chris Carter.

“This group of girls have worked really hard to get where they are at,” said Carter, who is in his ninth season coaching the Rockets girls golf team. “They know our goal is a state championship. We talk about it out loud and we don’t hide it.” 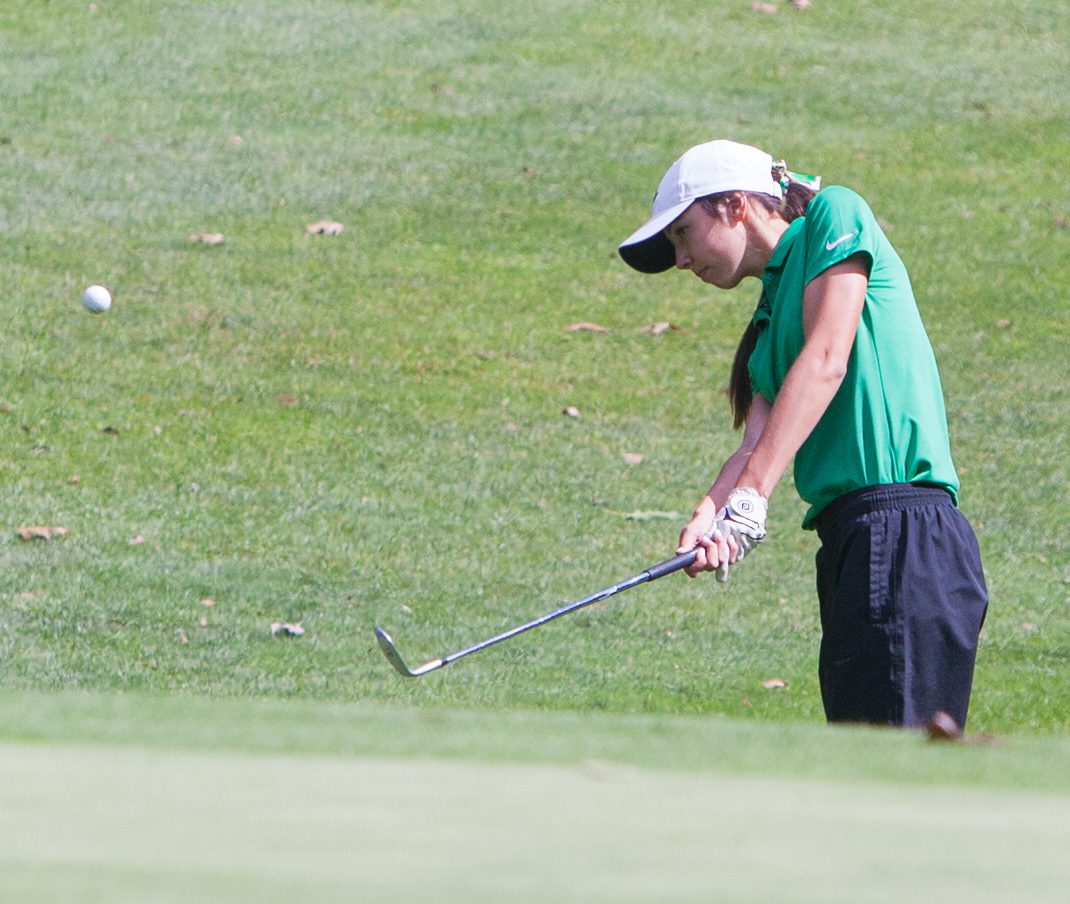 While Carter likes to focus on his team’s goal of a state title, he was not quick to look over the honor of the Rockets third-straight city title and what that means for his team and program.

“It’s a big thing. A lot of family came out to watch, old players came back to watch too,” said Carter about the value of the day’s honor in the Rocket community. “They are a special family and they focus on their game. There’s a competitive spirit between them but they feed off of each other’s success.”

Reeths-Puffer took the first three places overall as Avery Howard finished second, shooting a 78, while Karina VanDuinen took third place with a 79. Abby Fansler finished in sixth place for the Rockets with an 84. 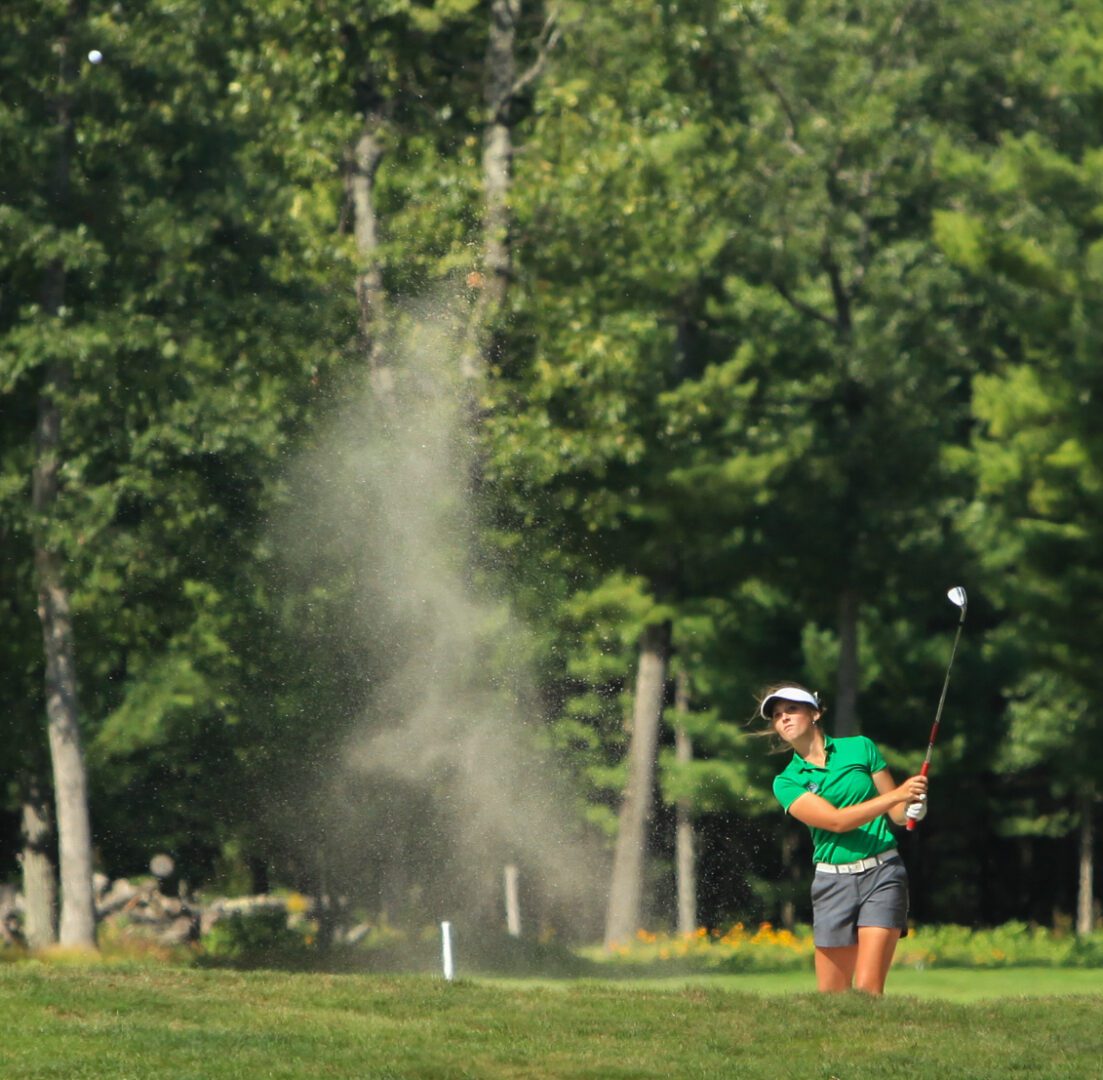 Karina VanDuinen chips out of the sand trap for Reeths-Puffer. Photo/Jason Goorman 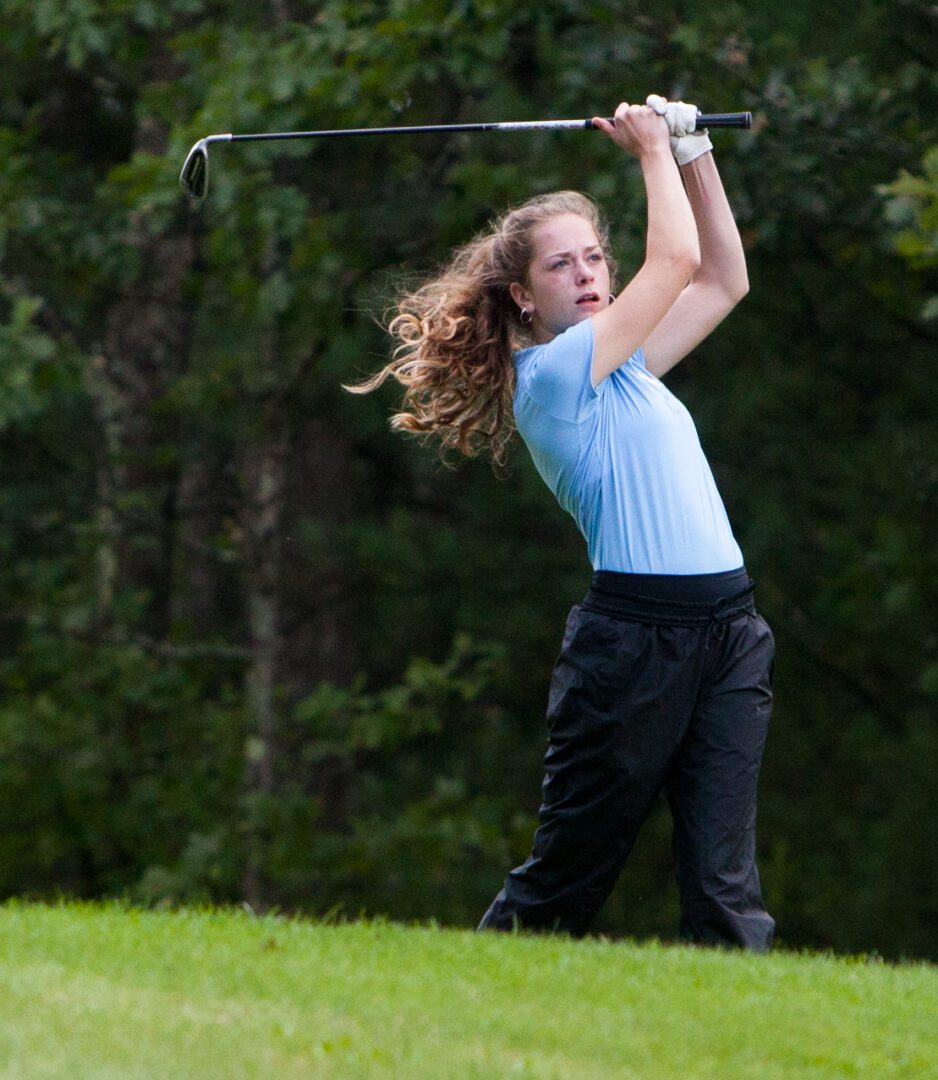 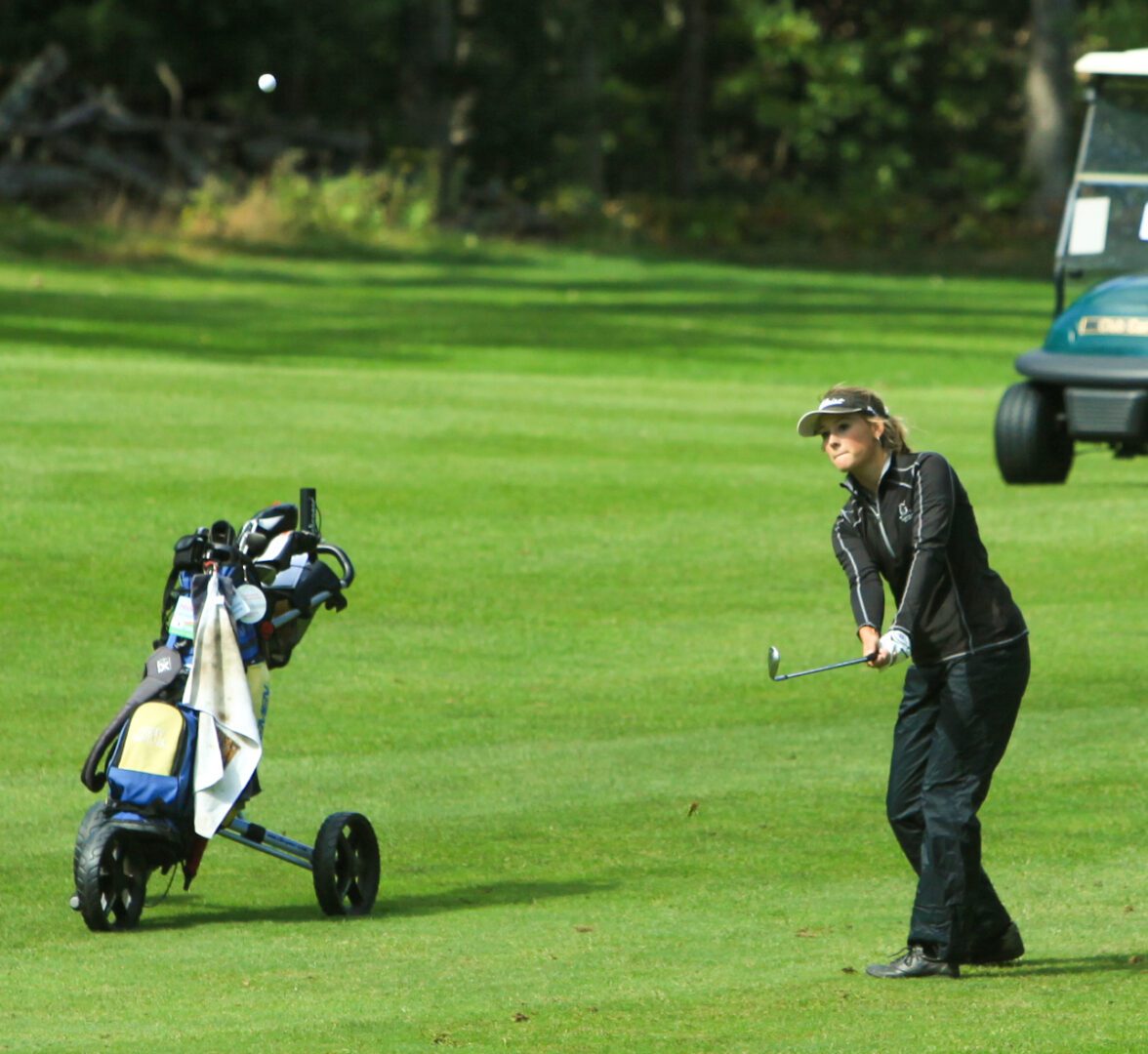