It was only a matter of time, ladies and gentlemen.

After a handful of second place finishes, I have finally claimed my first victory in our Gridiron Picks.

As the youngest competitor at LSJ, and the one with the least Muskegon area football experience, I’ve done a great job outwitting long-time Muskegon area residents like Steve Gunn, Jason Goorman, Dave Hart and Dave Tomzack.

I’m also hot on the trail of leader Nate Thompson, picking up two games on him last week. Nate somehow managed to win three times in the first five weeks, but hey, anything can happen in the sporting world. Just ask the Lions and Patriots.

My primary goal, however, is not to win this season. Nate Thompson, quiet please. I’ve said from the beginning that I have one goal. It is only to beat one fellow writer: Andrew Johnson. 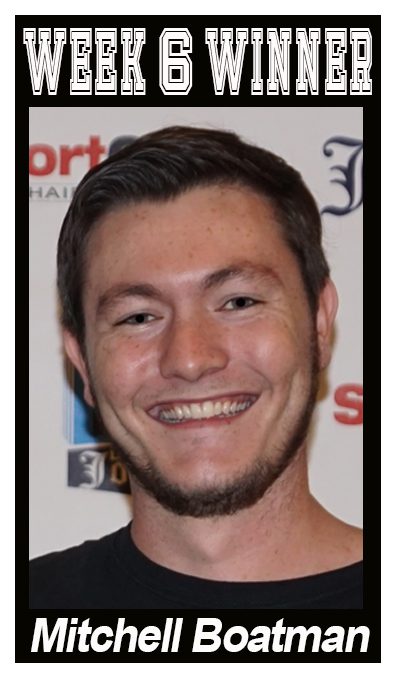 AJ and I have a lot in common. We both went to Grand Valley State University, we like to make bold predictions and only remind people of the ones that were right. We both are also big fans of the concession stand and we even have the same birthday. So naturally, I want to beat him in this battle. So far, it’s been a breeze.

I’m up on AJ by two games with three weeks to go. Barring a collapse reminiscent of my beloved Chicago Cubs, I think I’ve got this head-to-head matchup in the bag.

While the MHSAA playoffs inch closer and my love continues to grow for the gritty football tradition here in the Muskegon area, I’d like to give a shoutout to my alma mater White Pigeon. At 4-2, the Chiefs have a shot at their first playoff appearance since 2009 – my freshman year of high school. Go Chiefs!

A quartet of area teams – Muskegon, Mona Shores, Oakridge and Kent City – have already wrapped up playoff berths by starting with 6-0 records and are all state ranked in their respective divisions. I think they all will continue to roll to 7-0 this week.

The Big Reds might have a running clock against GR Union after their first touchdown, but the others have tough games. Mona Shores will grind out a win on the road against a Jenison team that is looking to respond after a crushing loss to Muskegon last week. Oakridge will get revenge on Montague after last season’s 40-0 loss, wrapping up a West Michigan Conference title in the process. Kent City will show Holton they are still the class of the CSAA.

Reeths-Puffer and Fruitport might be the game to be at this week. Both teams are licking wounds of a tough season in the O-K Black while fans love the old-school Seaway Conference matchup. The Rockets have a two-game win streak going but Fruitport desperately wants to step up for Coach Nate Smith after a heart wrenching loss to Kenowa Hills last week. I’m picking the Rockets.

Spring Lake faces another tough test against Grand Rapids Catholic Central. The Lakers are much improved and will make the playoffs, but I don’t see them winning this game.

A 3-3 Muskegon Catholic Central team is fighting for its playoff life this week (there’s a sentence I never imagined writing). The Crusaders are up against an undefeated Manistee team fighting for a Lakes 8 title. Will the pressure bring out the best from the Crusaders? Maybe, but I’m going with the Chippewas at home. 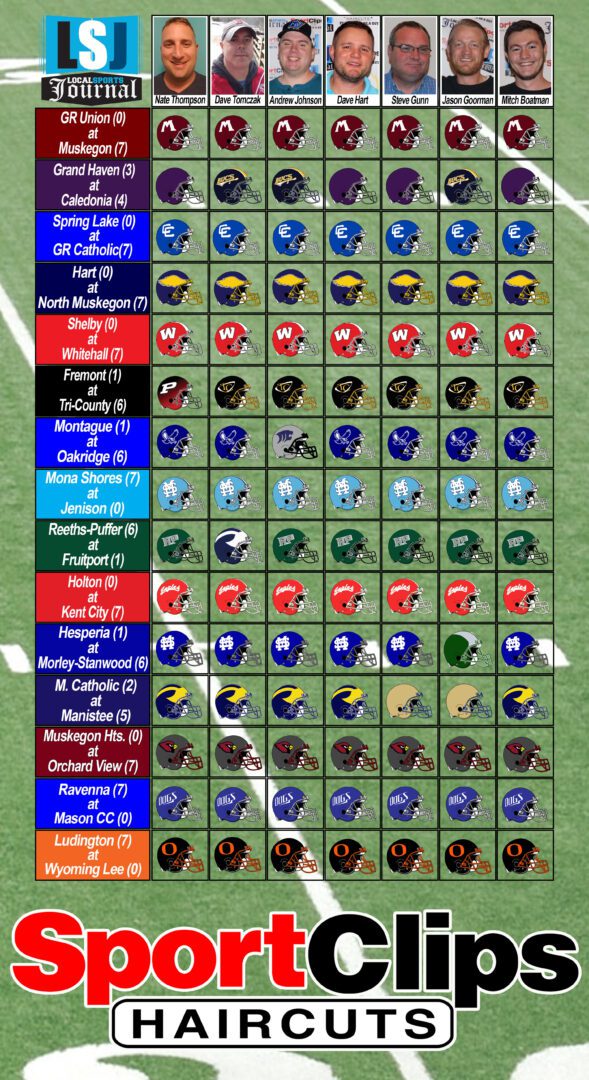