Hello everyone, you’re favorite fat-faced individual has returned to claim the crown of the “LSJ Editors Gridiron Picks,” after posting a perfect 17-0 record last week!

I mean if we’re all being sincere, we knew it’d just be a matter of time before I took the crown because….well. have you seen my competition?

Most of those guys wouldn’t know first place if it smacked them in the face. Which makes sense because most of them are Michigan fans, and we all know that football team doesn’t know anything about a first-place finish.

Speaking of Michigan football, it is rivalry week with my Michigan State Spartans. I fully expect La’Darius Jefferson and the rest of his Spartans to keep the Paul Bunyan Trophy at home. That trophy, by the way, is what the winner of the game gets. I figured some of you Michigan fans may not know since you’ve only won it twice in the last 10 years. 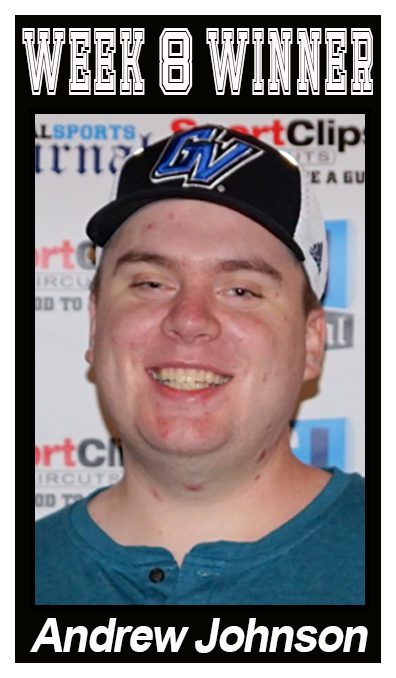 Oh and Mr. Boatman, you’re not off the hook either, even though you are not a Michigan fan. You may have been one of my fiercest competitors in this pick contest, but just like your Notre Dame Fighting Irish, you faded down the stretch and proved to be a true pretender.

Now on to my picks this week, when I fully expect to break my overall season tie with Nate Thompson and take home the season trophy. (Yes boys, if I win, I’ll be fully investing in a trophy to remind you all of my win.)

While I fully hope that the Spring Lake, Reeths-Puffer and Holton football teams find that much needed sixth win to clinch a playoff berth, I fully expect all to come up just short.

But don’t worry Red Devil fans, I picked against you once earlier this year when you wound up winning. One of your players was more than happy to remind me of that fact, and warned me about doubting the Red Devils. So If I’m wrong, I fully expect to hear about it.

But if I’m right, I fully expect my alma matter Tri County Vikings to ring the victory bell in my honor.

It’s easily Reeths-Puffer that faces the most daunting task in the quest for that elusive sixth win. The Rockets will have to go into Hackley Stadium this Friday, and nobody leaves there victorious except for the Big Reds.

In other area games I fully expect Mona Shores, Grand Haven, Kent City, Muskegon Catholic, Ravenna, and North Muskegon to all to bounce back with victories after tasting defeat last week. 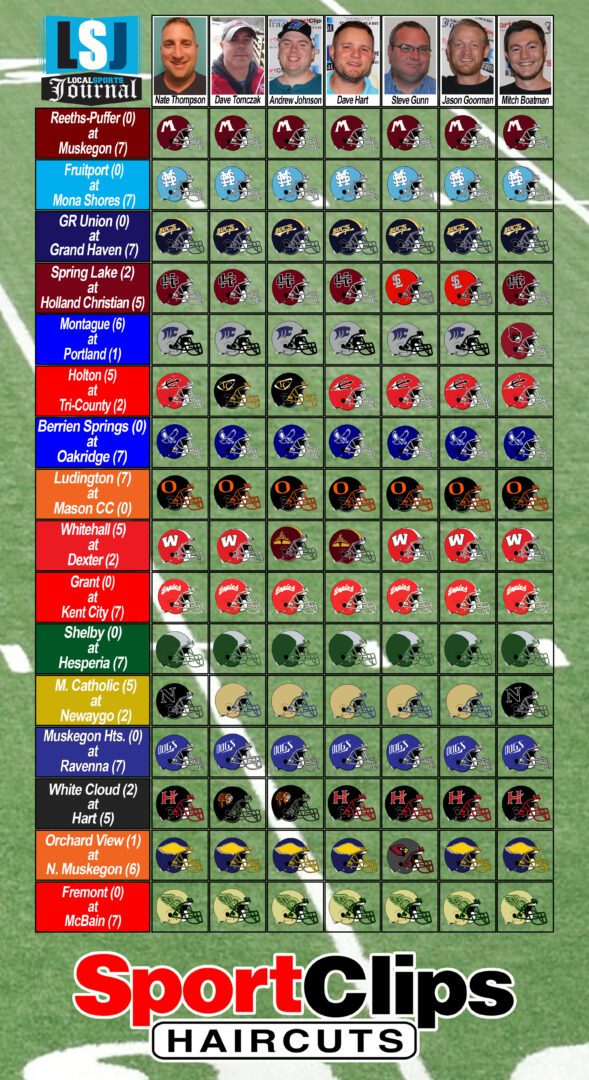