appearance in the state finals.

The Orioles ran into a superior opponent on Wednesday and suffered a 4-0 loss to Hudsonville Unity Christian in the Division 3 state semifinals at Cedar Springs High School.

Ludington was shut out for only the second time this season.

“It’s very tough,” said Ludington head coach Kris Anderson about the dominance Unity Christian displayed. “They are a whole different level. That’s another level that we just didn’t play at this season, and it takes getting used to.” 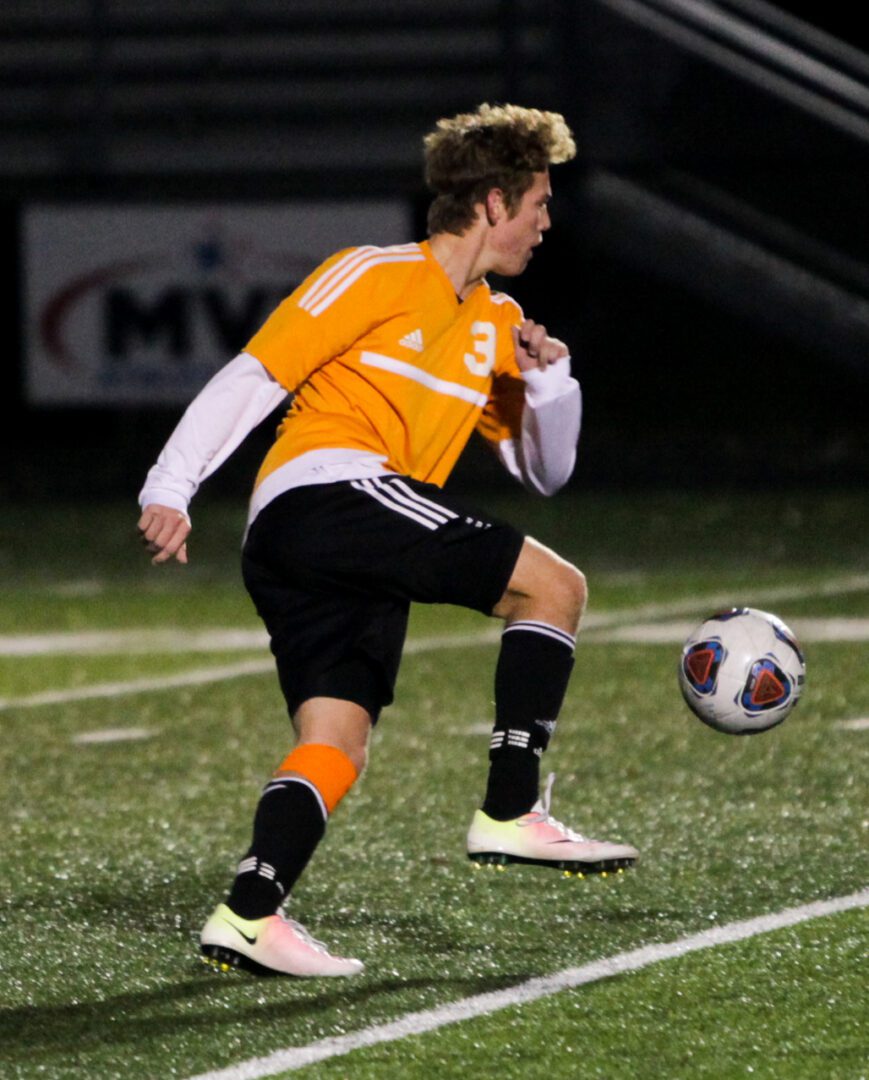 Unity Christian took a lead only 2:02 into the game when Adryn Byl put home a rebound to make the score 1-0.

Unity Christian extended the lead to 2-0 midway through the half when Logan Kunnen found the back of the net.

Evan Nieuwenhuis ended the Crusaders’ first-half attack with a scorching line drive shot that found the mark and made the score 3-0.

The Orioles were outshot 11-0 before halftime.

“In the first half they just imposed their will,” said Anderson. “They just came hard at us and we didn’t communicate our marks. They put a bunch of guys in the box and put the ball where it needed to be to capitalize on it.”

The lone goal of the second half came with 9:03 remaining when Chase Rozeveld scored off an assist from Kadin Shaban to give Unity Christian a 4-0 lead.

The Orioles were outshot 14-0 in the game. Ludington goalkeeper Maxime Grenier had 10 saves on the day.

Ludington finished the season 19-5-2, and eventually will be able to separate the disappoint of the loss from the success of the season.

“We have to look at it as we were blessed to make it to the state finals last year,” said Ludington senior Sam Bandstra. “I can look back and know that we’ve had a great run as a group.”

The impact that the 10 seniors left on the program won’t be forgotten by Coach Anderson.

“What a statement they’ve made with back-to-back semifinals,” he said. “They’ve worked hard their whole life at soccer, and put in the work they needed to. They got our program back to being one of the most respected in the state.” 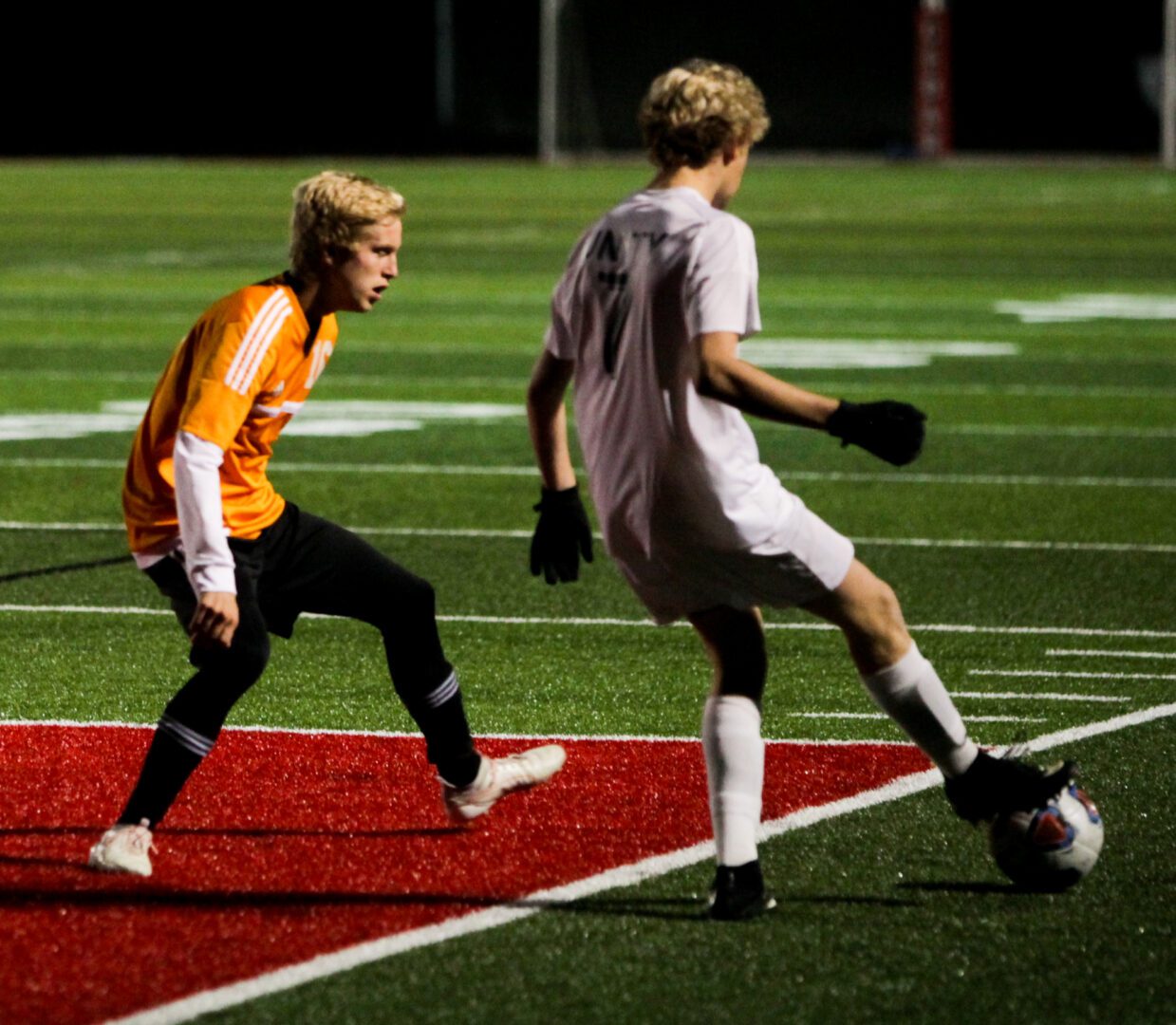 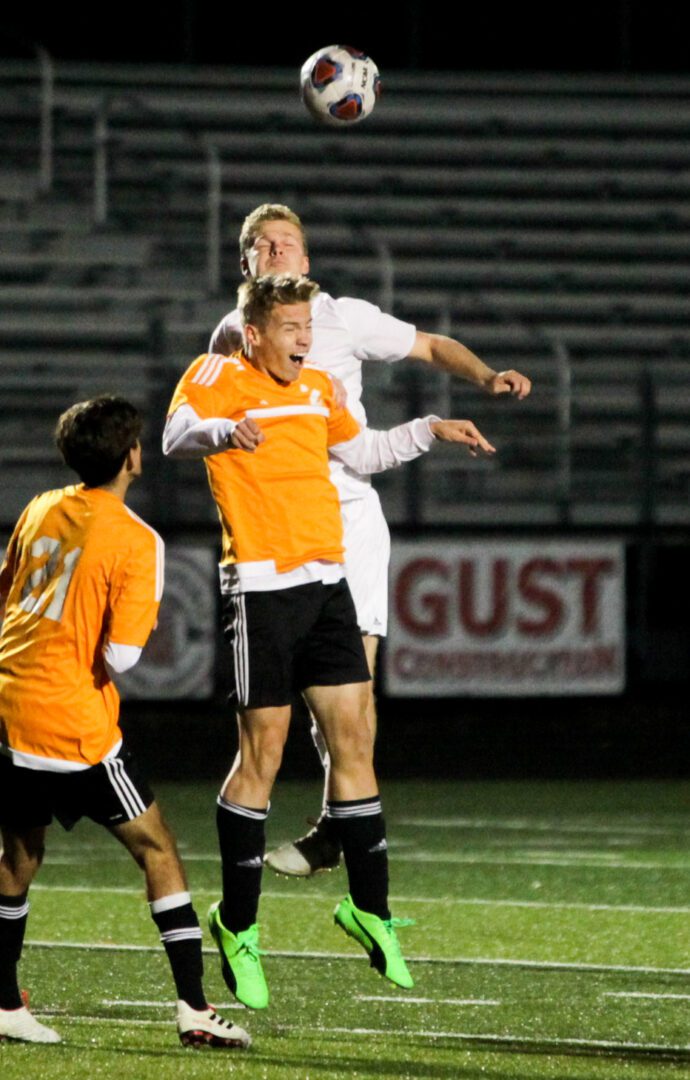 Ludington’s Travis Franklin gets up for the head ball. Photo/Jason Goorman 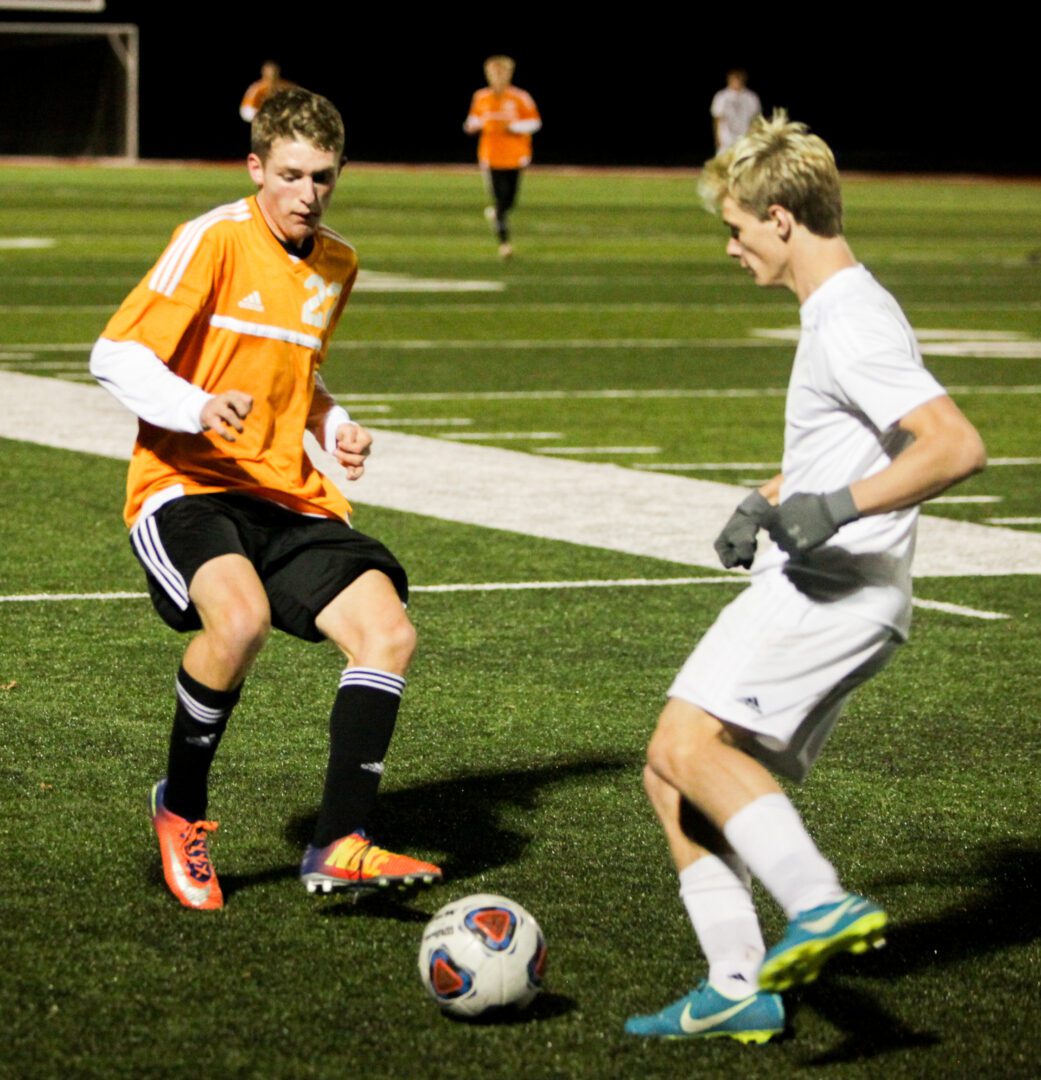 No. 23 John Biggs tries to get in front of the Unity Christian kick. Photo/Jason Goorman 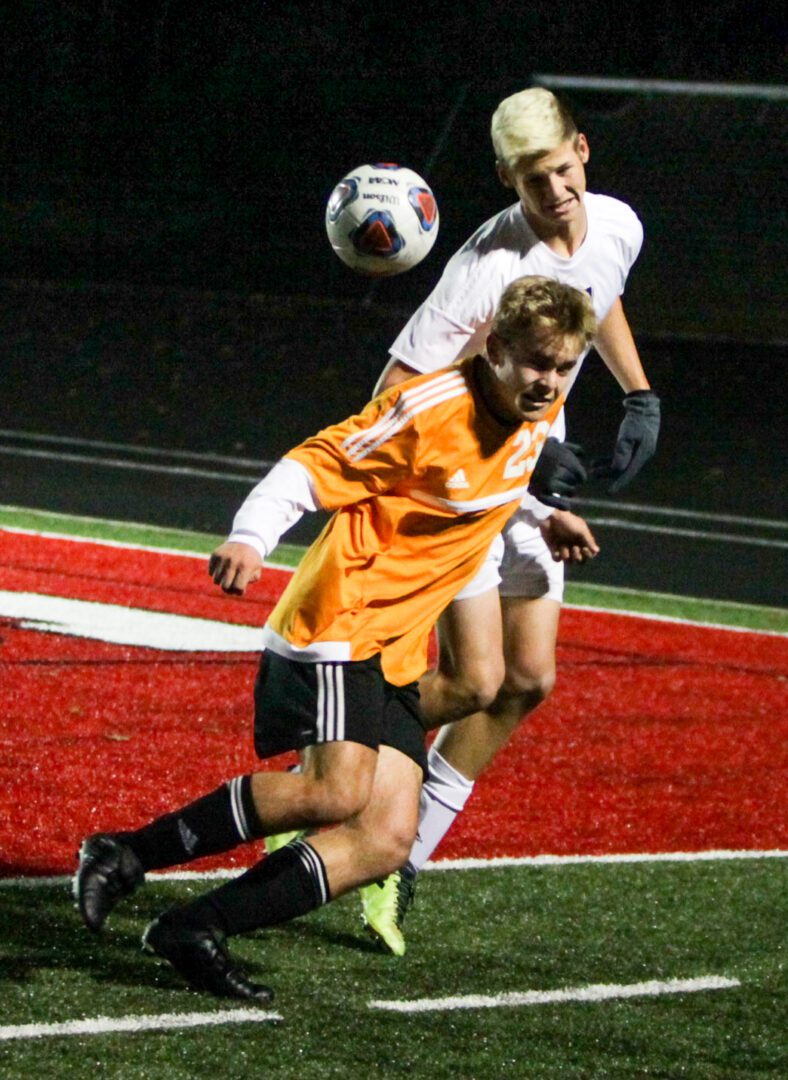 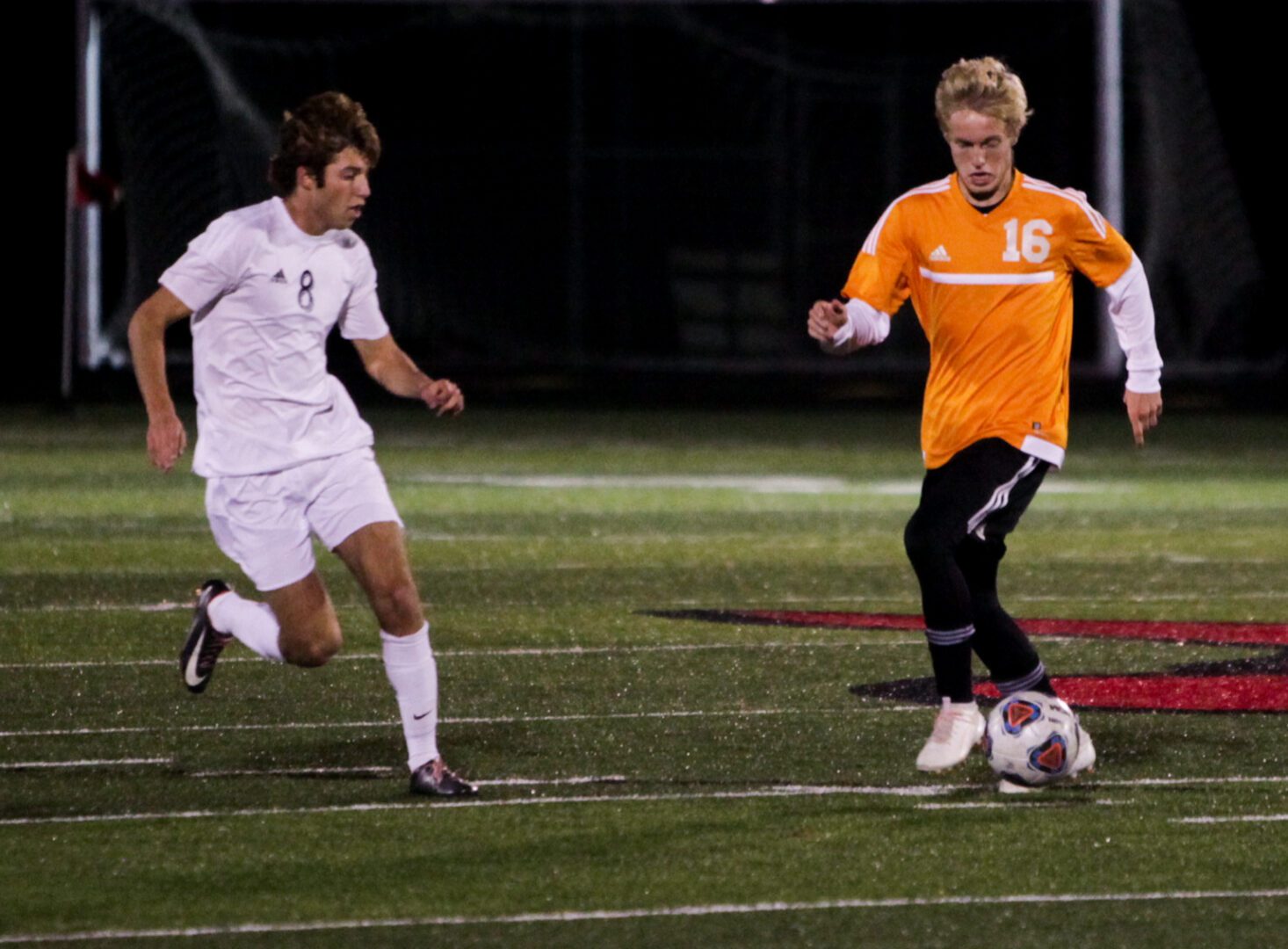 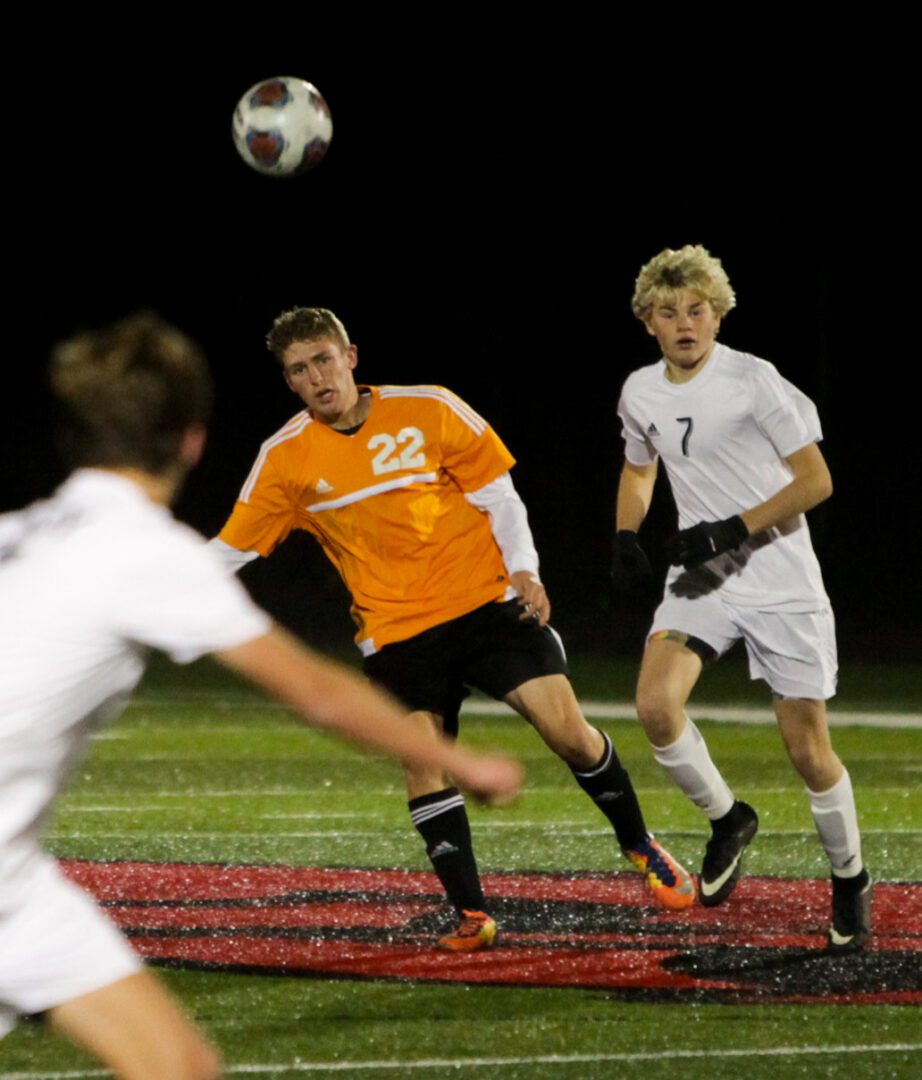 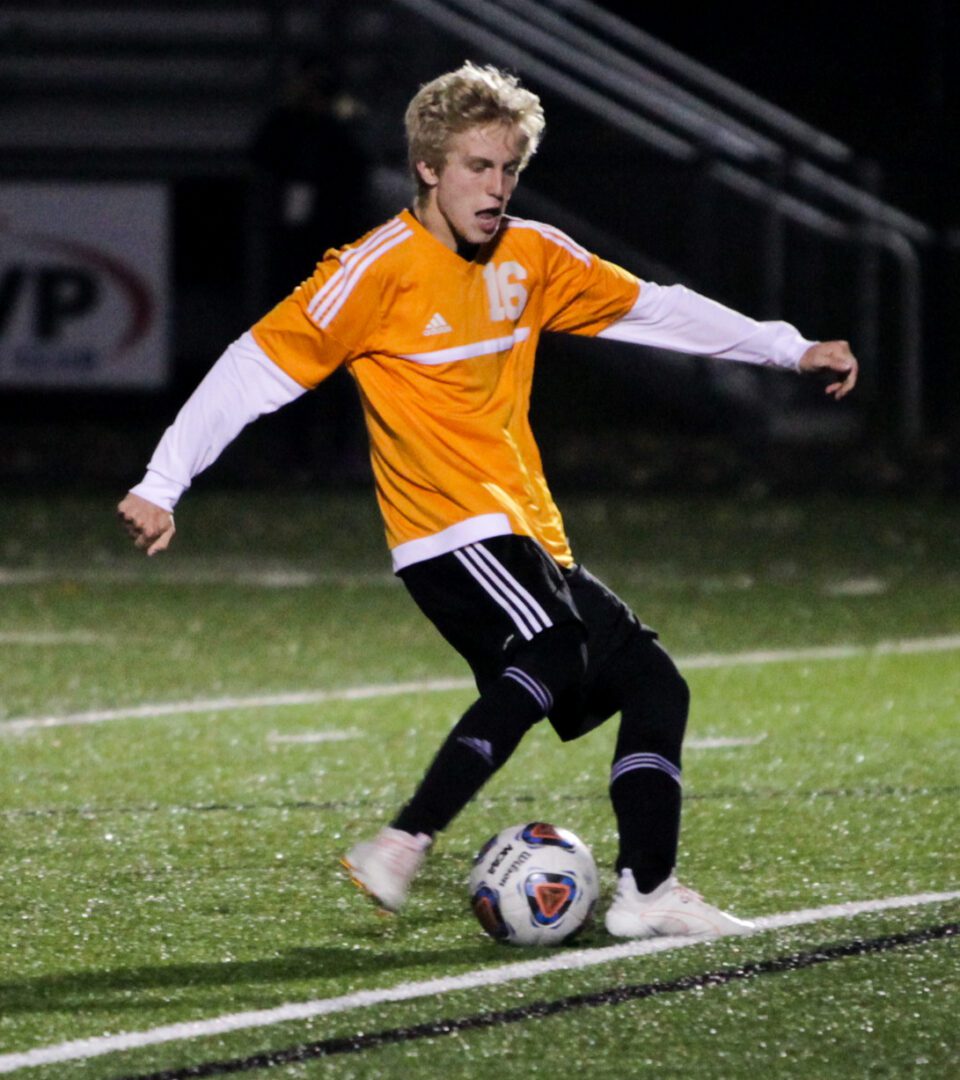