EGELSTON TOWNSHIP – After a tremendous regular season, the Oakridge boys

soccer team started off the postseason with bang.

The host Eagles scored 1:35 into their West Michigan Conference tournament opening-round game against Ravenna, then rolled to an 8-0 victory Wednesday.

After Oakridge netted its final goal, the game was called with 22:24 left due to the mercy rule. The Eagles now advance to the semifinals next Monday against Whitehall, a 7-0 winner over Montague.

The Eagles, who improved to 8-1-3 on the year, finished tied atop the West Michigan Conference in the regular season, with Whitehall, Shelby and North Muskegon. So the winner of the tournament will be the conference champion. 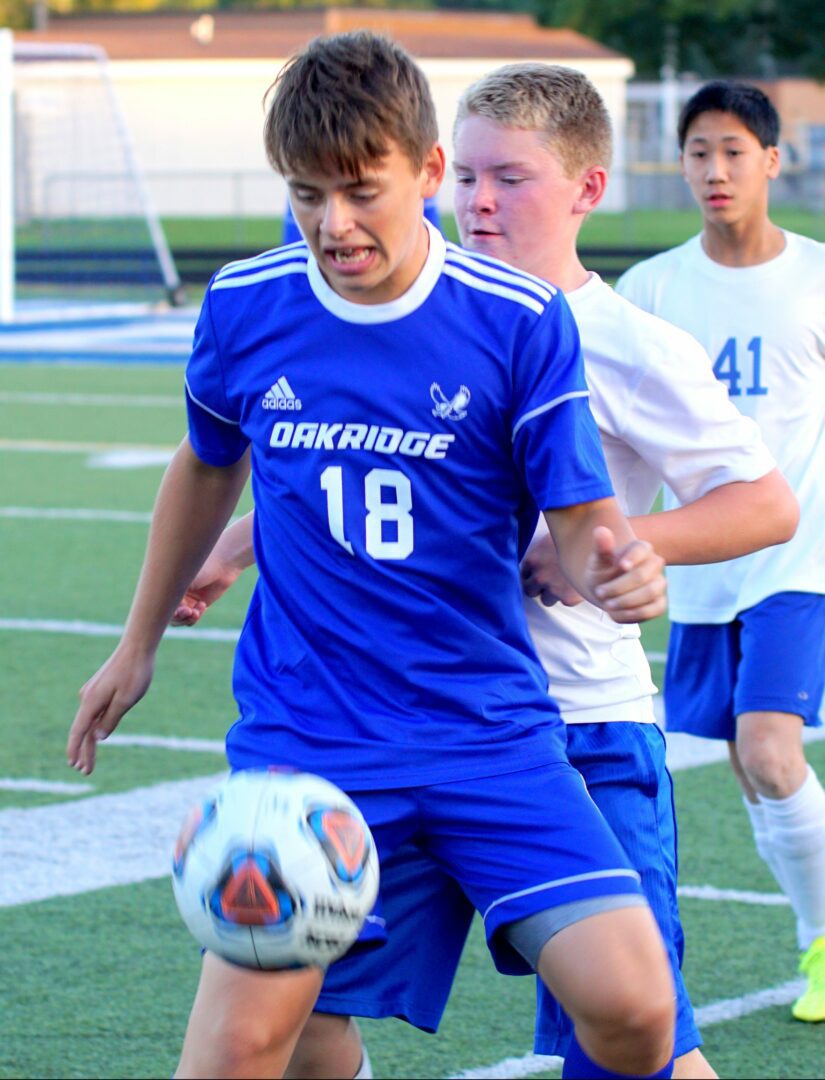 Oakridge’s No. 18 Bryce Kartes gets position between the Ravenna defense. Photo/Leo Valdez

A corner kick just 1:20 into the game resulted in pin-ball action in the Bulldogs’ zone. The Eagles’ Dylan Lucas finally settled the ball down and lifted a centering pass to Bayly Ehnen, who headed it in for a 1-0 lead.

But after allowing the quick goal, Ravenna’s defense tightened up, and Oakridge struggled to find the net for 23 minutes.

“I wanted us to be disciplined and not overly aggressive moving the ball around,” Eagles coach Greg Fleener said. “But we were far less aggressive than I wanted (after the first goal).”

Ravenna almost pulled even at 21:36 of the opening half, after Oakridge goalie Brandon Jones illegally touched the ball.

But Jones made up for his mistake, diving to his right to knock away Lupe Barcenas’ penalty kick and preserve the 1-0 lead.

It was all Eagles after that. Victor Contreras took a centering pass from Christoffer Simonson and fired it into the top of the net for a 2-0 lead with 15:01 remaining in the first.

Freshman Alonzo Rodriguez increased the Oakridge lead to 4-0 by halftime with a pair of goals, the first coming on a breakaway with 8:42 left in the half, and the second off a centering pass from Lucas with 7:20 remaining. 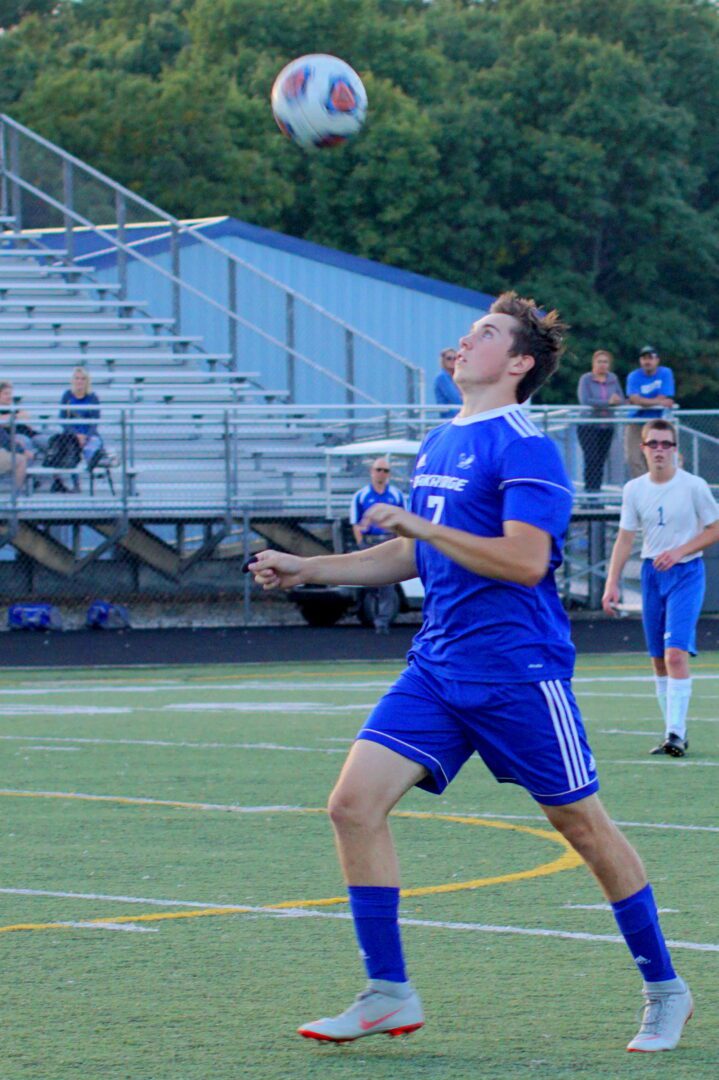 Although Oakridge went to the break with the lead and a 9-5 shot advantage, Fleener wasn’t impressed with his team’s effort.

“I wasn’t too happy,” the Eagles coach said. “They came out much better in the second half and they wanted to compete. But it took a little talking to at halftime.”

Oakridge was much more motivated after the break. The Eagles scored just 22 seconds into the second half on Mason Wever’s goal for a 5-0 lead.

Cameron Weaver finished off the scoring at 22:24, sending the crowd home early, and the Eagles on to the second round of the WMC tournament.

Oakridge finished the night with a 18-6 shot advantage. Jones stopped five shots for Oakridge and second-half goalie Jason Cerka had one save.

The Bulldogs’ Barcenas finished with four saves before leaving with an injury midway through the first half. His replacement, Isaac Kantola, stopped six shots.

Ludington shuts down Cadillac in a non-league boys soccer contest