And on Monday night the Rockets took another step toward maturity, defeating Fremont 4-0 at home in a Division 2 district tournament opening-round game.

With the victory, Reeths-Puffer (6-11-3) advances to play at Spring Lake in the district semifinals on Wednesday.

“In terms of the season, we knew it would be a growing year,” said Rockets head coach Keith Knapp. “We only have three seniors on the team, and through most of the season we had three freshmen and three sophomores. So we knew we were going to be young and as the season went on, we’d get better.” 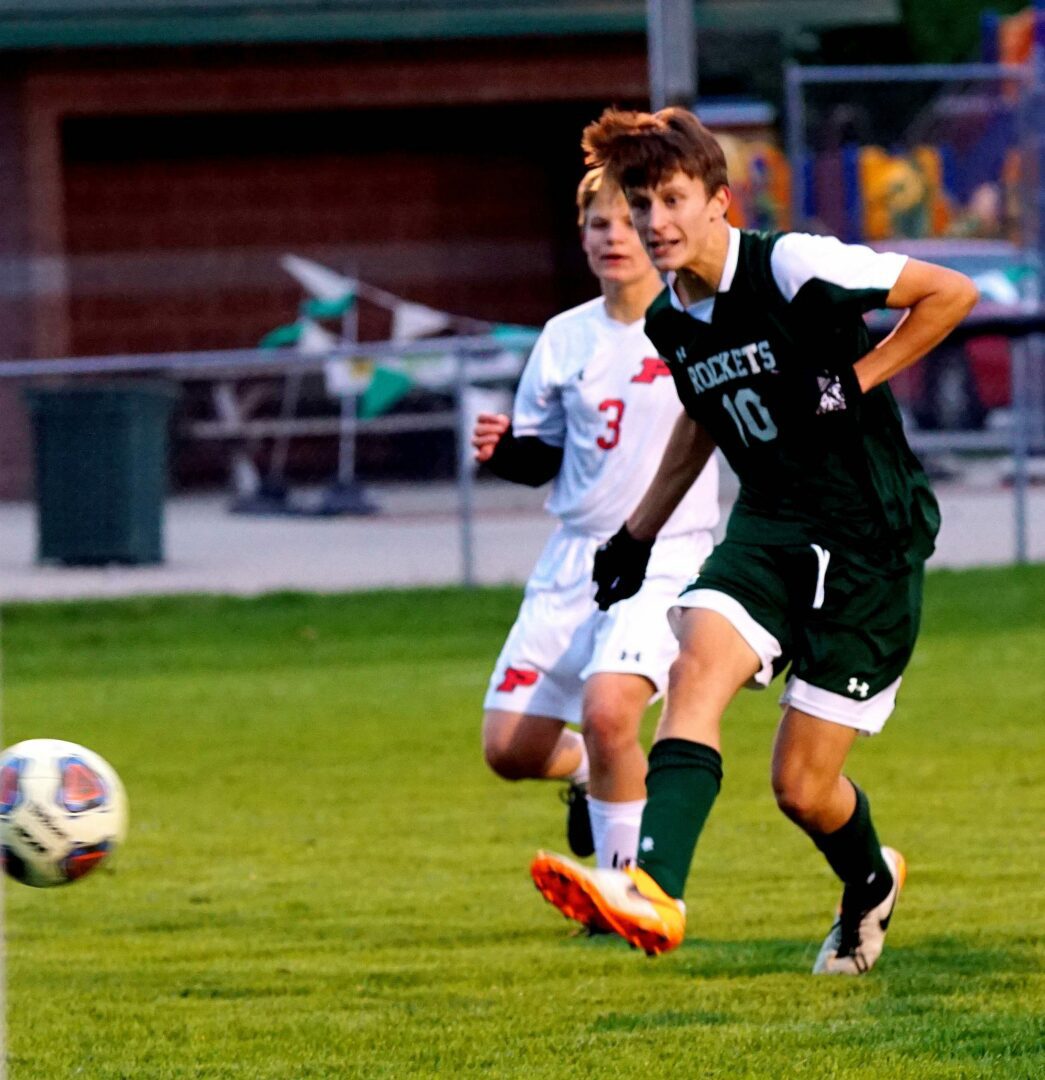 The youth was showcased early Monday, when freshman Ashton Carpenter netted the first goal of the night with an assist from freshman Klay Grant 14:21 into the game.

The Rockets extended their lead less than 10 minutes later when sophomore Jaxon Carpenter found the back of the net from the right side of the box.

That 2-0 lead held until the 33:53 mark of the second half, when senior Troy Beebe scored for the Rockets.

The final goal of the night came from sophomore Tanner O’Neal with 8:40 remaining, when he ripped a shot from the top of the box.

The Rockets, who have won two straight Division 2 district championships, will face a familiar opponent in Spring Lake on Wednesday. Earlier this season Reeths-Puffer hosted the Lakers and defeated them 4-3.

Knapp said his players won’t let that early victory lure them into overconfidence.

“For us to score four goals was very unusual,” Knapp said. “Scoring has been a real struggle for us. So for us to get four against a team of that caliber in September was unusual. I think Spring Lake was struggling at that time, and from what I’ve heard they’ve been playing better.

“They’ve probably made some adjustments and changes, so I’d be hesitant to glean too much from that game. It’ll be a great matchup.” 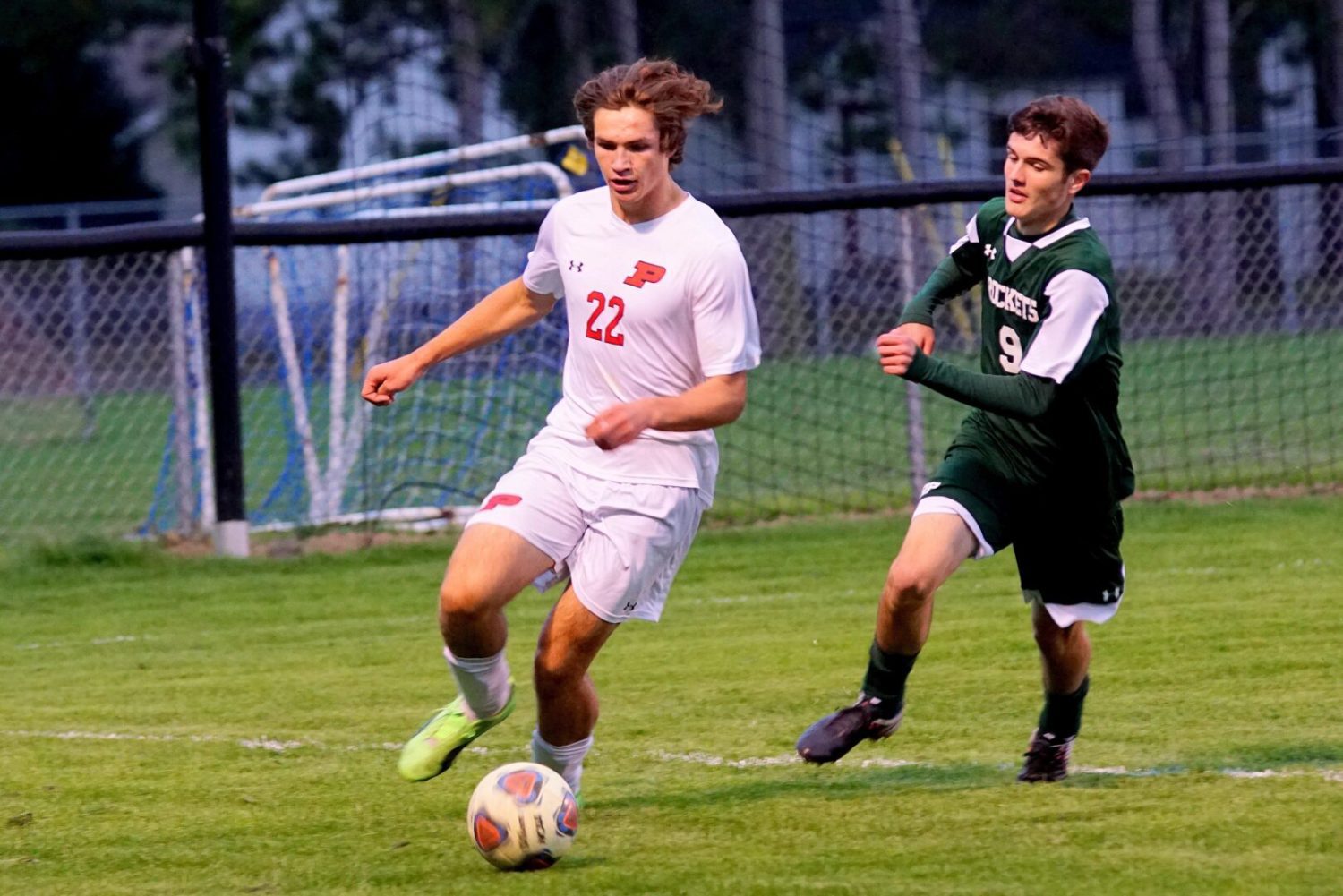 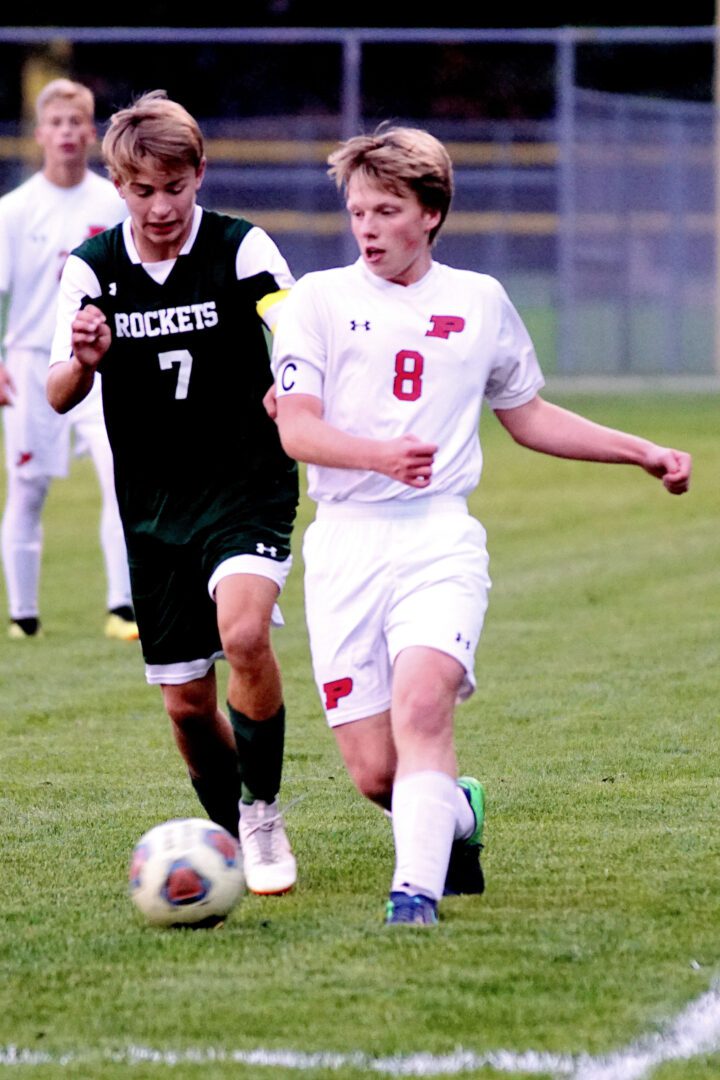