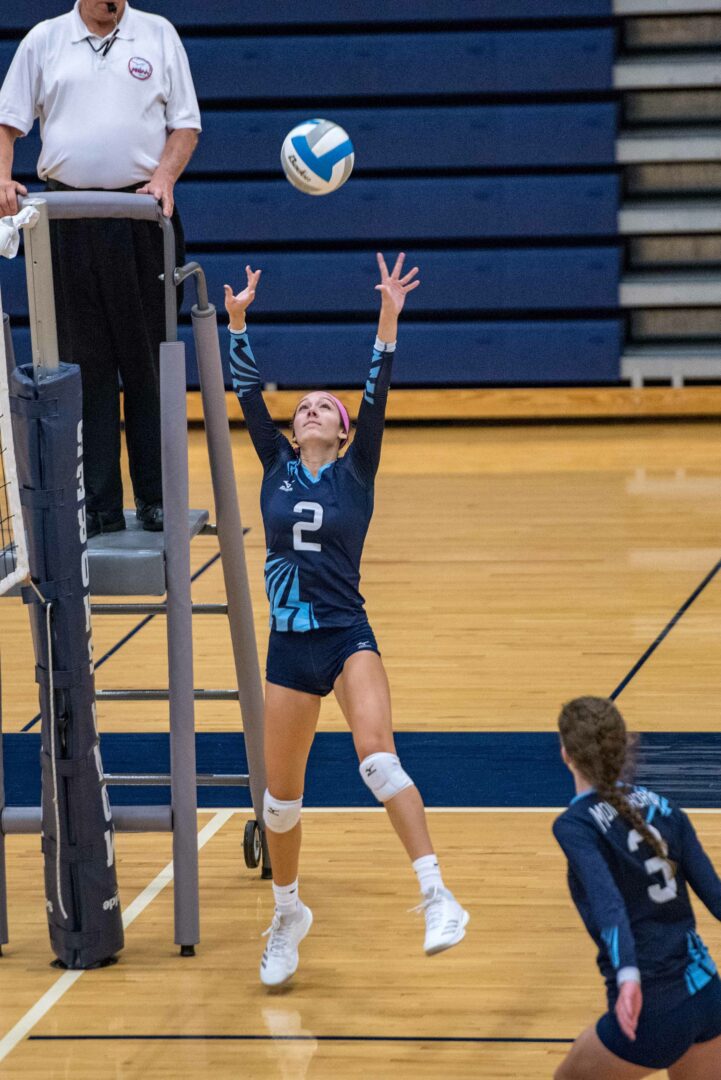 Megan DeLong places the set as Emma Piasecki makes her approach for the spike. Photo/Eric Sturr

But the Sailors’ inexperience didn’t stop them from getting a big win on Tuesday. They had to work hard, but finally emerged with a five-set comeback victory over Kenowa Hills in an O-K Black conference match at Mona Shores High School.

“We’re very young,” said Mona Shores Coach Jim Vanderwall. “We have one senior on the roster. While it’s nice to have some senior leadership, you always hope you have more of it.

“I just look for our girls to keep improving every day, and so far that’s what I have seen from them.”

Toughness and determination were key for the Sailors during the long match on Tuesday, and Vanderwall said the team’s chemistry is the reason they fight so hard.

“When you get into games like this, you need to lean on one another,” the coach said. “With how our girls have come together as one, we were able to fight as one and pull this one off tonight.”

In the first set, the Sailors trailed 15-9 before a going on a run, which was capped off by a kill from Lauren Dunn, knotting the score at 17-17. Later in the set, a service run by Meghan Adams pushed the Sailors to a 23-19 lead and they held on for the win. 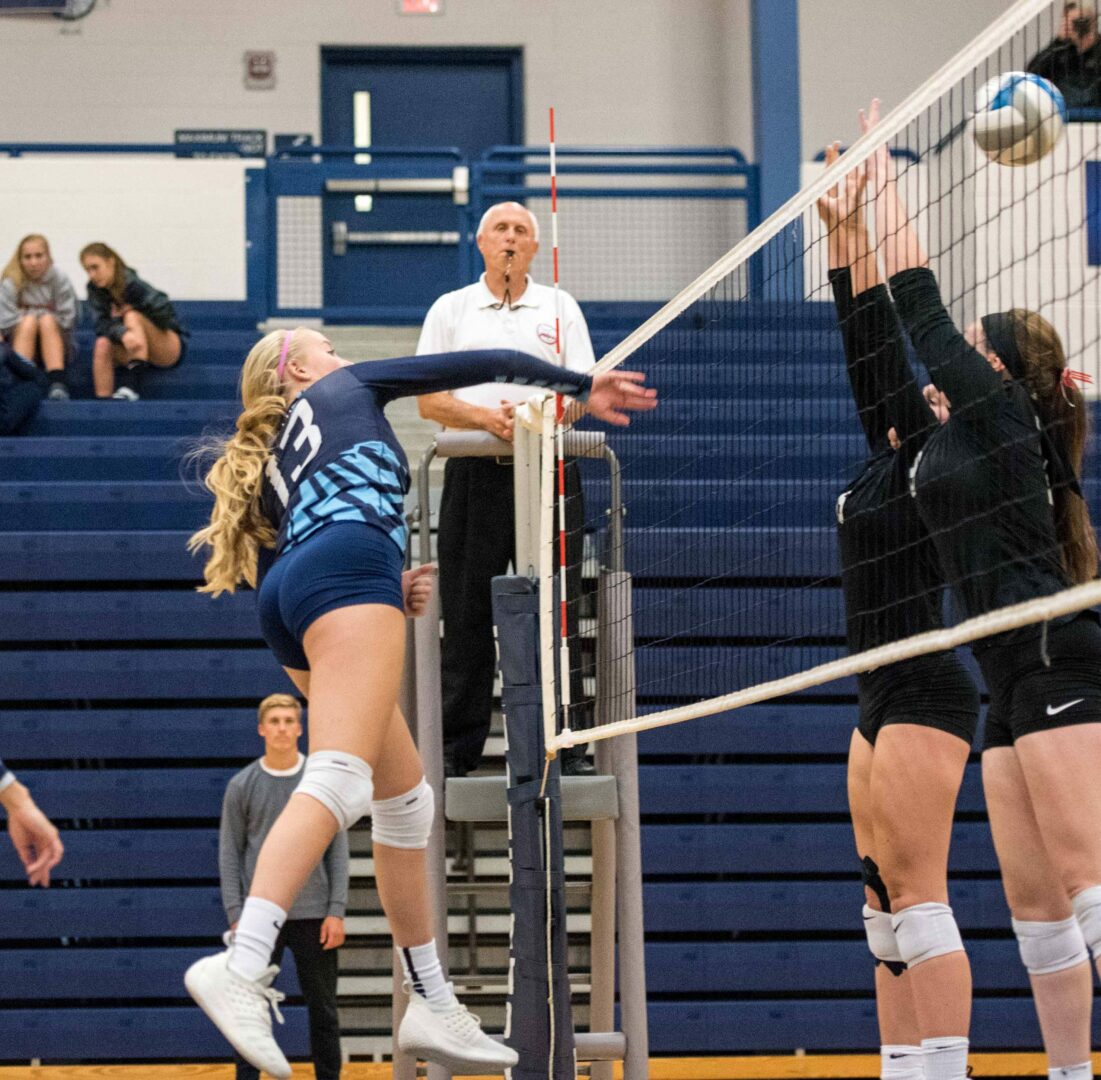 Bri Wade goes for the spike down the line. Photo/Eric Sturr

Kenowa Hills won the second and third sets and seemed to take control of the match.

But the Sailors bounced back in the fourth set with a 25-13 victory, setting up the fifth and final set.

Dunn led the way with a season-high 19 kills for the Sailors while Brianne Wade and Lynn added 11 and 10 kills, respectively.

Megan DeLong had 43 assists for Mona Shores, while on the defensive side of the ball, Suriya van der Oord led with 26 digs.

The Sailors improved to 9-19-3 overall on the season and 5-2 in conference play. This Saturday they will host the Best in the West tournament. 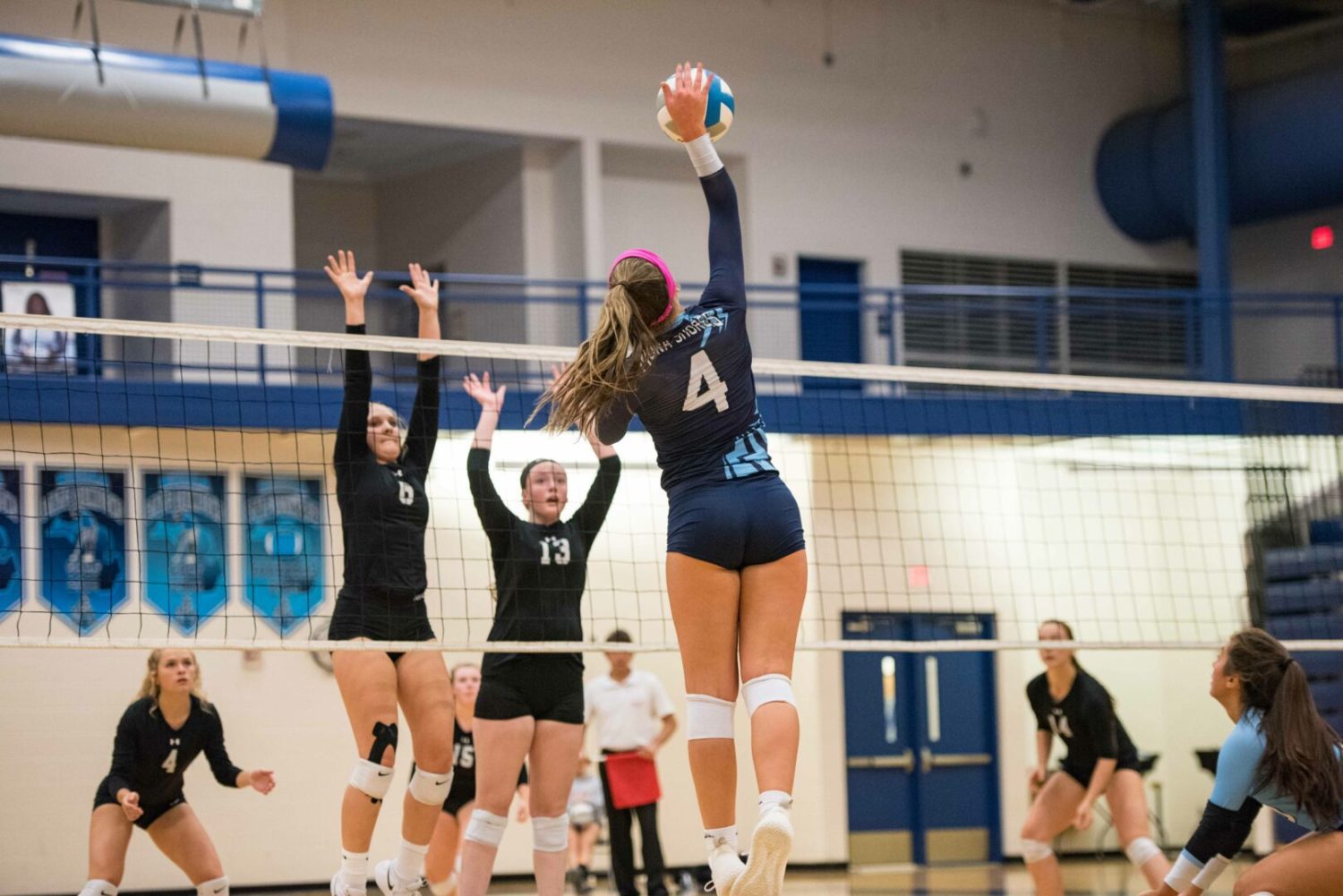 Lauaren Dunn skies for the spike against the Kenowa Hills block. (photo/Eric Sturr) 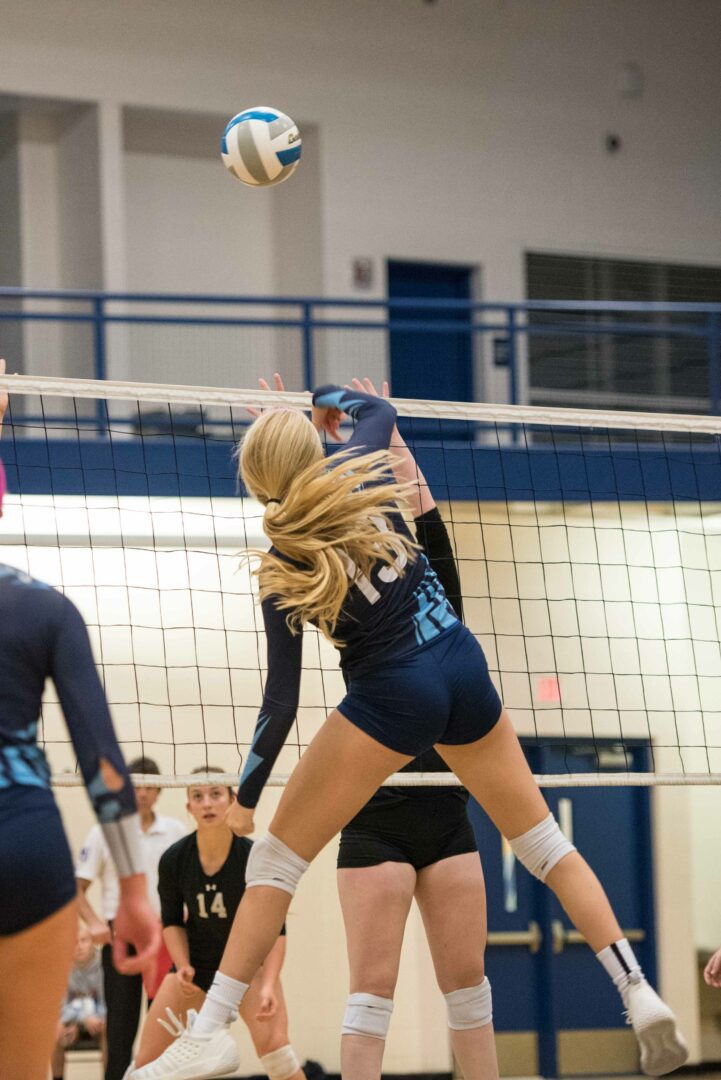 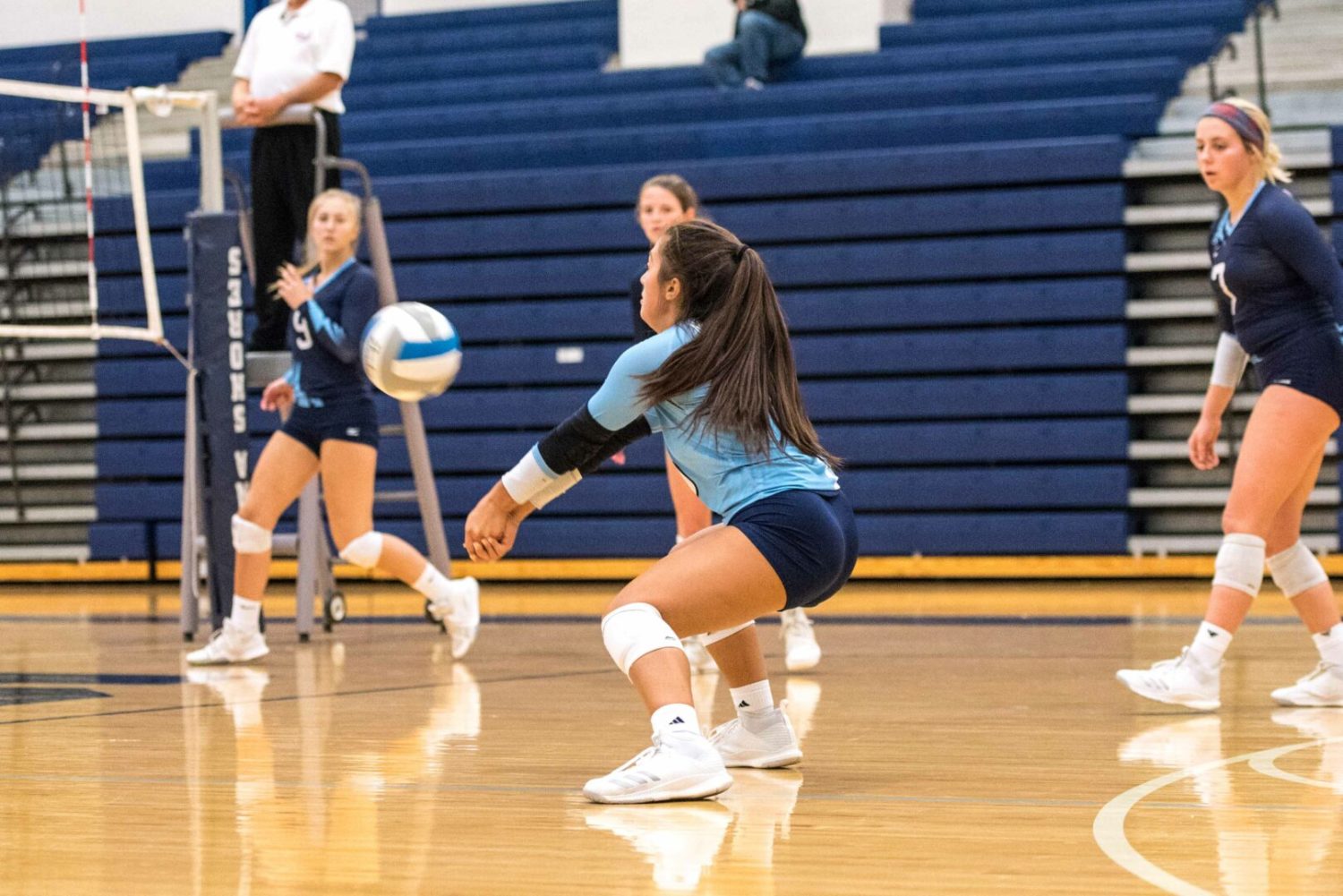 Suriya VanderOord with the dig off the Kenowa Hills serve. (photo/Eric Sturr) 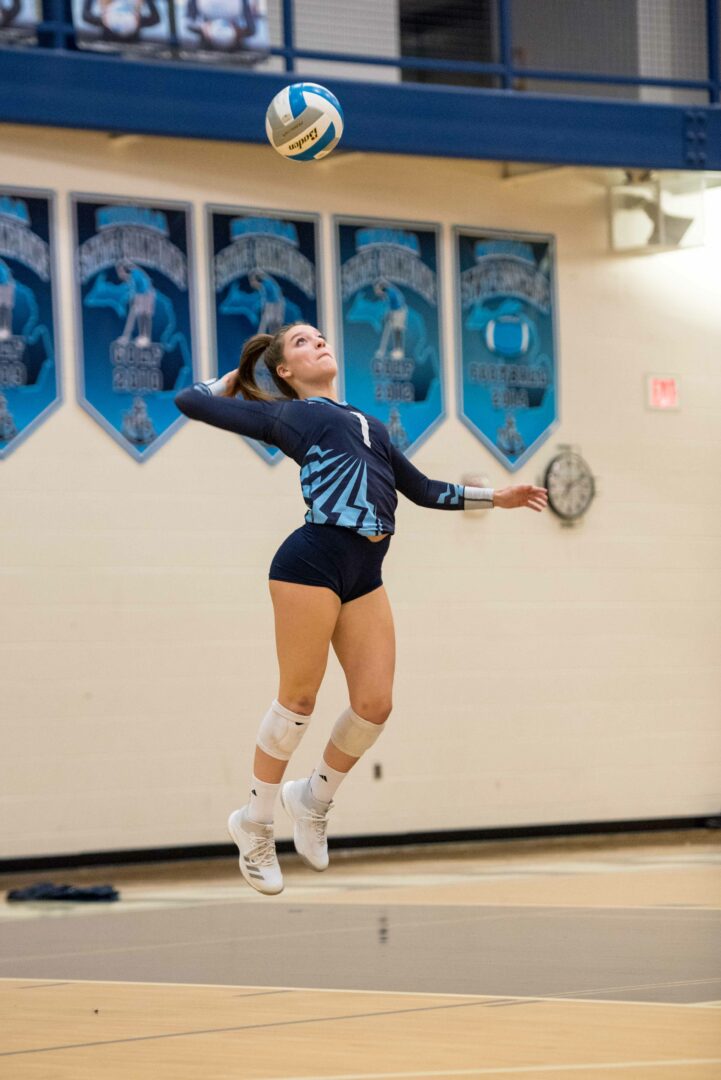