By Dave Tomczak
LocalSportsJournal.com
MUSKEGON – The Muskegon Lumberjacks’ four-game winning streak came to a halt in a span of five minutes on Saturday.

A night after hammering the Green Bay Gamblers, the Lumberjacks got a dose of their own medicine in a 6-3 loss to the Gamblers at L.C. Walker Arena.
The Lumberjacks fall to 15-3 on the year, but remain in first place in the USHL’s Eastern Conference with 30 points, six points ahead of Central Illinois. 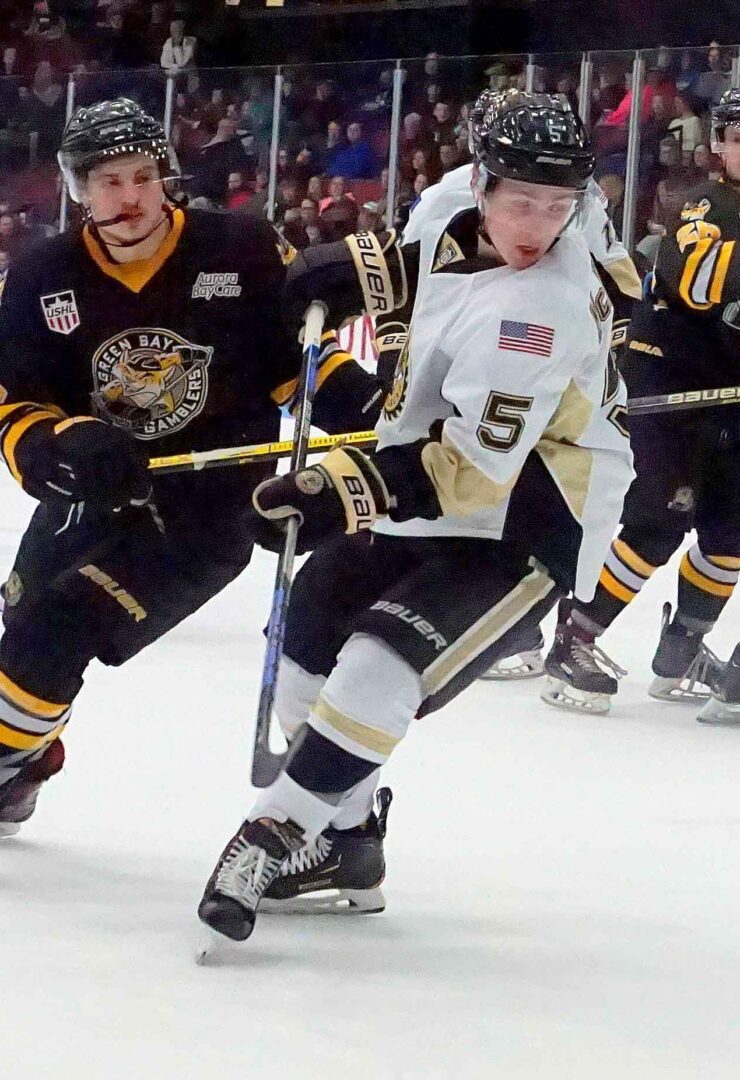 The Lumberjacks and Gamblers will face each other again next Friday in Green Bay.
Trailing 2-1 to start the third period, the Lumberjacks’ defense collapsed, and the Gamblers scored four goals on eight shots over the opening 5:16.
“We didn’t do a good job of keeping the game in front of us,” said Muskegon coach Mike Hamilton. “It was a little like this the first half of the game yesterday, but tonight (Green Bay) capitalized on those chances.
“We got away from what we do, and we’ll learn from it and get better.”
Both teams generated plenty of chances throughout the game, and the Jacks had a 15-12 shot advantage after a scoreless first period.
The Gamblers got on the board first in the second period when Chris Giroday tipped a long pass into the Muskegon net at the 4:26 mark.
Muskegon pulled even less than three minutes later on Nolan Sullivan’s eighth goal of the season.
Green Bay’s Nick Leitner scored with 8:49 left in the second period to give the visitors a 2-1 lead. 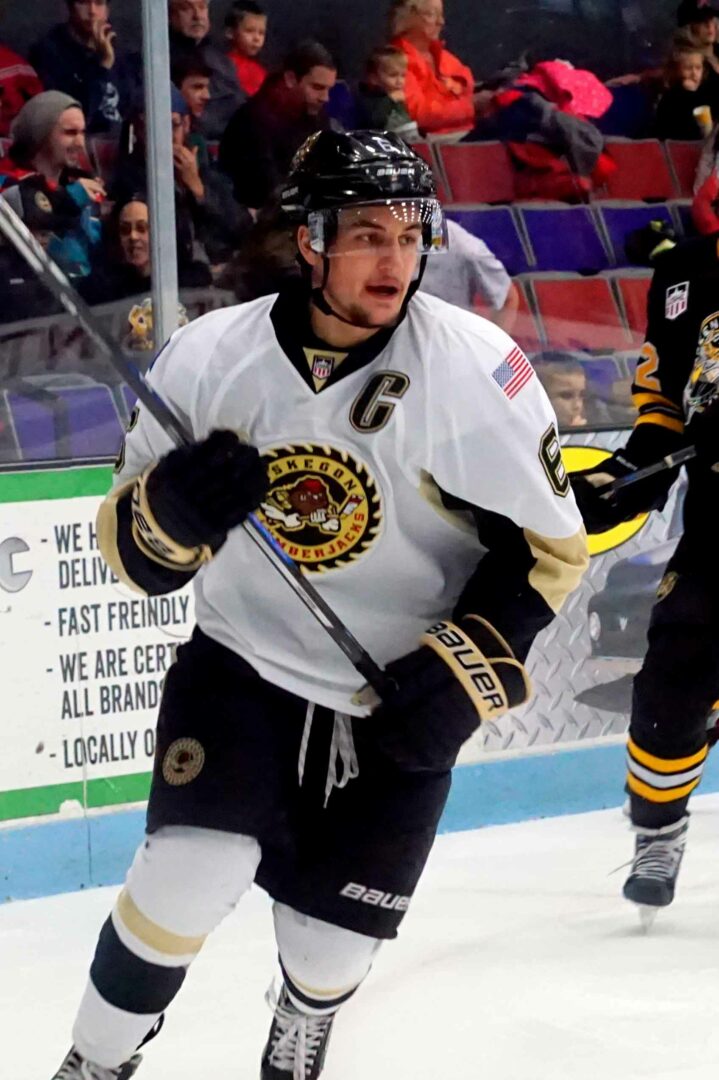 Defenseman Colby Bukes rushes for the puck along the board for Muskegon. Photo/Leo Valdez

Both teams had 30 shots through two periods, but the Jacks’ chance to pull even soon disappeared.
The Gamblers’ Jesse Tucker got open in the crease and tipped in a pass for a power-play goal and a 3-1 lead at the 1:38 mark of the third.
That opened the floodgates. with Green Bay’s Nicholas Zabaneh, Noah Ganske and Paul Maust scoring over the next 3:38.
Muskegon’s Alex Gaffney netted his second goal of the year at the 14:44 mark to cut the lead to 6-2, and Egor Afanasyev added his 11th goal two minutes later to wrap up the scoring.
Green Bay finished the third period with a 12-10 shot advantage, and finished the game with a 42-40 edge.
“They made some good adjustments, but this is on us for not being prepared today,” Hamilton said. “We scored eight goals last night and thought it would come easy, and that’s on us as a coaching staff.”
Lumberjacks goalie Cullen DeYoung finished with 36 saves. Daniel Hilsendager, Mikael Hakkarainen, Cam Knuble, Owen Farris, Cam McDonald and Brock Bremer finished with assists.
Gamblers goalie Evan Fear had 39 saves.

Hart baseball team gets its first win, 11-6 over Walkerville