Lumberjacks bounce back against Team USA U18, entertain area students with a win on Education Day

MUSKEGON – After taking a drubbing on Saturday night, the Muskegon Lumberjacks once again faced the talented Team USA Under-18 squad at L.C. Walker Arena on Thursday morning.

And this time the end result was much better for the home team.

The Lumberjacks showed their visitors they are also pretty good, defeating the Under-18 squad 6-4 in front of 3,343 boisterous fans.

Muskegon is now 9-1 on the season, good for 18 points and first place in the USHL’s Eastern Conference. The Lumberjacks currently have a five-point lead over second place Central Illinois.

The Lumberjacks will travel to face the Chicago Steel on Saturday. Puck drop is slated for 8:05 EST.

“It was a great team effort today,” said Lumberjacks coach Mike Hamilton. “We had great goaltending again, and at the end of the day we had four lines going really hard and we followed a game plan. This is one of the best teams in the league, and any time you get points off them it is a good thing.”

Both teams had many scoring chances. There were a combined 93 shots in the contest, with the Lumberjacks having a 51-42 advantage.

Mikael Hakkarainen led Muskegon with two goals, both on the power play, and an assist. His second goal was also the game-winner.

“We came out really hard today,” said Hakkarainen, who is in his third season with the Lumberjacks. “We showed that we are a really good team by bouncing back with a win. We play for each other and we have a really good thing going on right here.”

Bobby Lynch added a goal and two assists for Muskegon, while captain Colby Bukes chipped in with three assists. Oliver MacDonald contributed with a goal and an assist.

Team USA opened the scoring at the 13:57 mark of the first period with a goal from Henry Thrun.

Muskegon bounced back with goals from Lynch and Brock Bremer at the 16:05 and 19:52 marks of the first period, respectively, to take a 2-1 lead after the first frame.

Team USA regained its one-goal lead in the second period after a power play goal by Matthew Boldy at the 2:51 mark, and a shorthanded tally from Drew Helleson.

The Lumberjacks tied the score 3-3 on Hakkarainen’s first power play goal  at 12:55 of the second period.  Muskegon went ahead 4-3 at the 16:26 mark on a Nolan Sullivan goal.

Hakkarainen increased the Lumberjack lead to 5-3 with a power play strike 5:42 into the third period.

Team USA cut the deficit to 5-4 with a Jack Hughes power play goal at the 10:55 mark of the third frame.

The Lumberjacks closed out the scoring with an empty net goal from MacDonald with 21 seconds remaining. 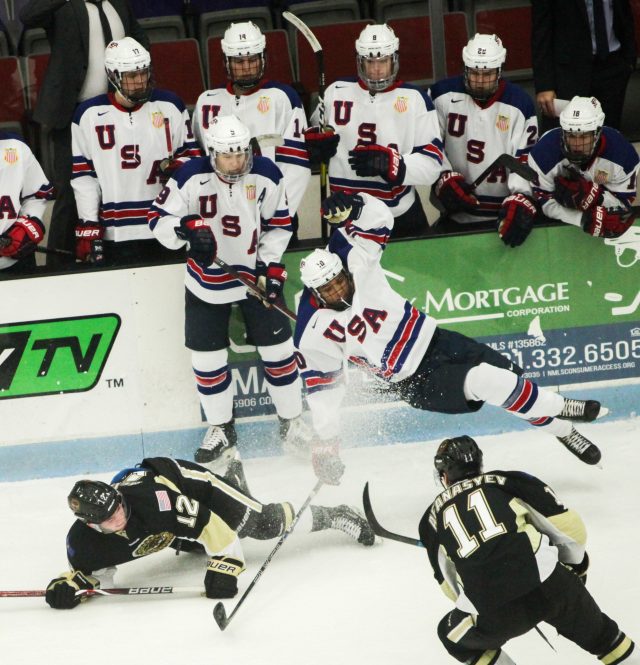 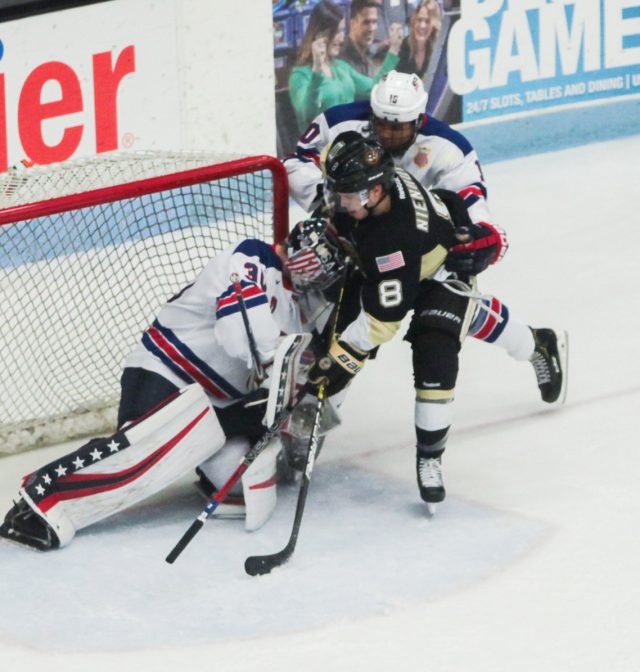 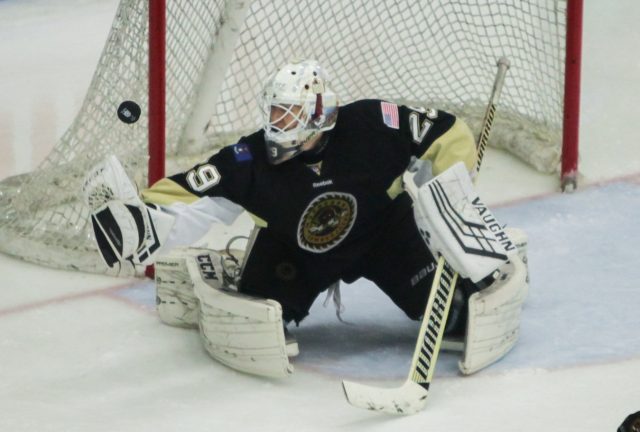 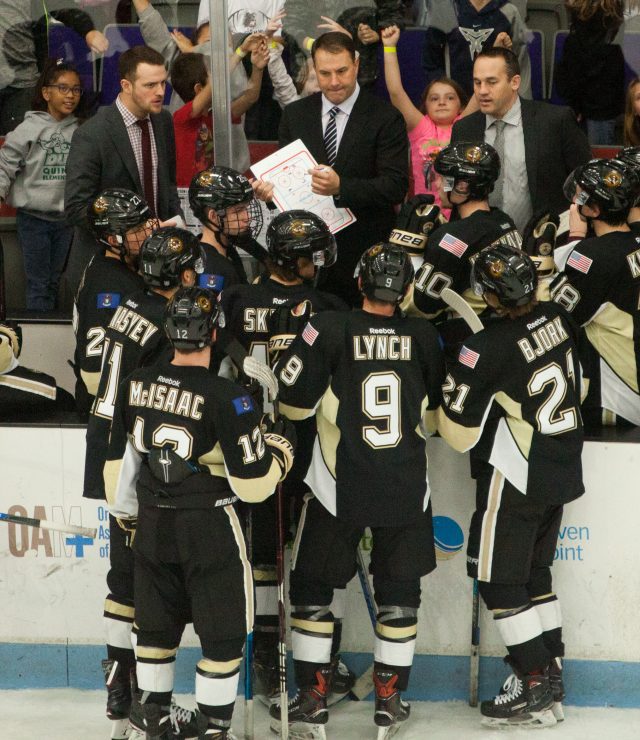 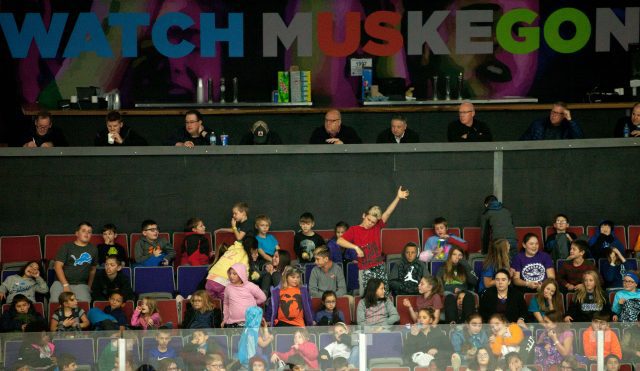 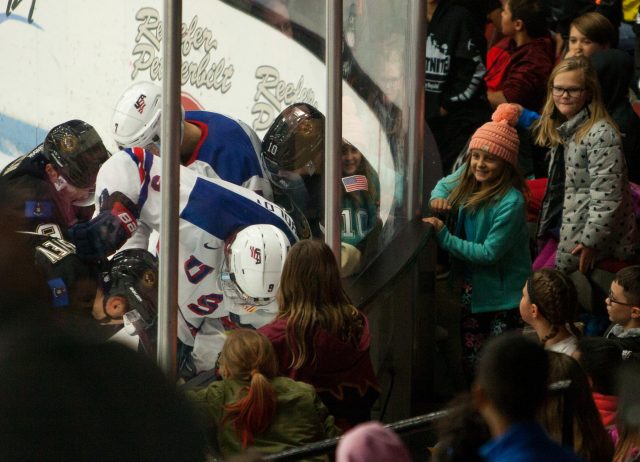 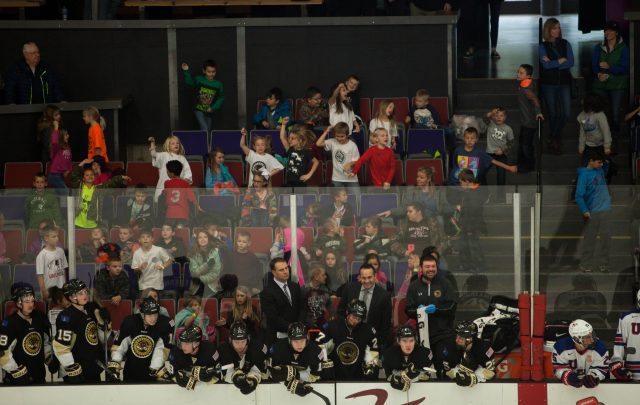 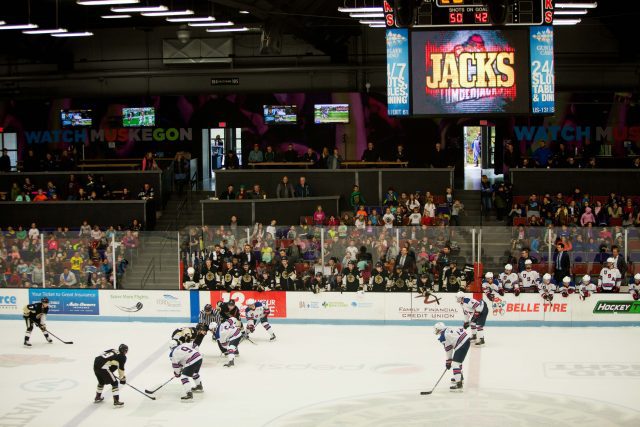 Oakridge explodes offensively, cruises to a 70-8 victory over Hart