By Dave Tomczak
LocalSportsJournal.com
MONTAGUE – In a back-and-forth West Michigan Conference battle Friday night, the Montague girls basketball team earned its first win of the season – and it came against rival Whitehall.

Behind cousins Morgan and Braquelle Osborne, the host Wildcats outscored Whitehall 21-13 in the final frame to capture a 41-37 victory.
Montague improved to 1-2 in conference with the win, and 1-3 overall. The Vikings dropped their first game of the year, falling to 2-1 on the season and in the conference.
“This is the kind of environment that we’ve prepared for,” Wildcats coach Cody Kater said. “Our first few games have been really hard fought, so this is something we expected.” 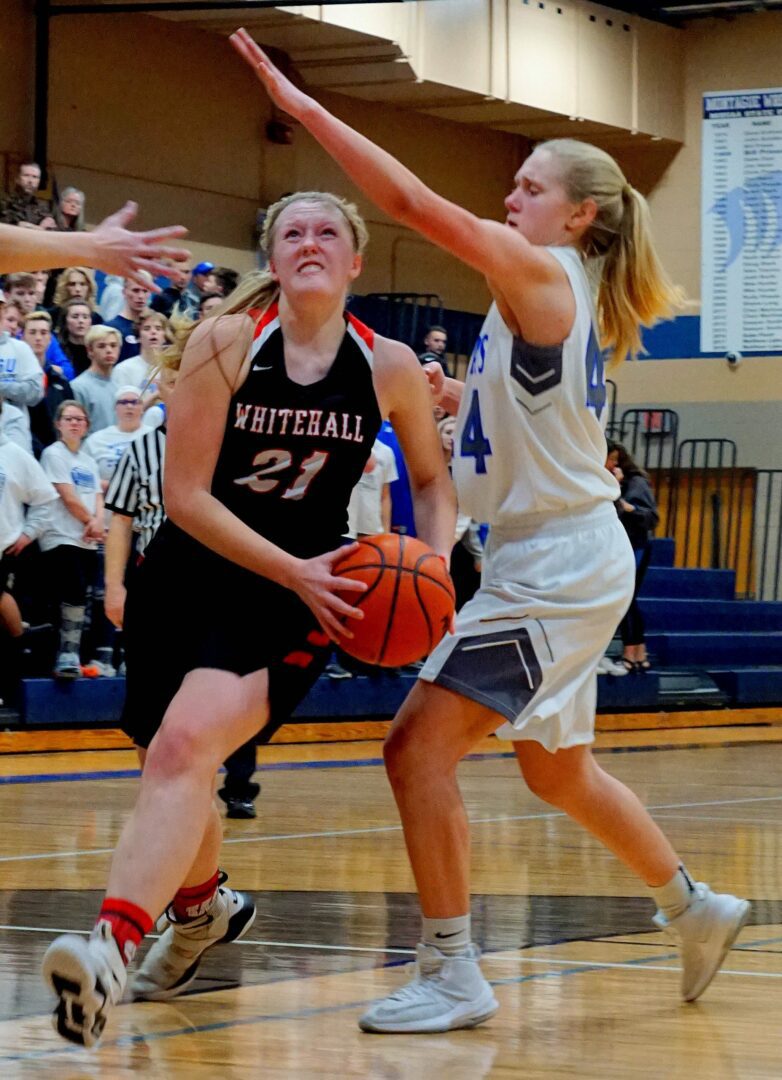 Trailing 24-20 after three quarters, Montague battled back to even the score at 26-all with 4:34 left in the game. That’s when Braquelle Osborne took over.
The sophomore guard scored seven points in less than a minute, hitting a 3-pointer, then stealing the inbound pass for a layup, and hitting two free throws after a defensive rebound, to give the Wildcats a lead they wouldn’t relinquish.
Whitehall struggled to score all night, but especially in the fourth quarter when the Vikings only made three field goals, their first coming with 3:08 left in the game.
“Their shooters made shots and ours didn’t,” Vikings coach Derek Westerlund said. “We just didn’t make plays. We’re going to play a lot of games like this and we just need to settle down and make plays. Too many turnovers and missed layups.”
Whitehall’s offense generated plenty of scoring opportunities in the first quarter, but couldn’t get much to fall and trailed 10-6 after one. The Vikings weren’t much better in the second, but held Montague to five points to pull within one, 15-14, by halftime.
The Vikings shot better after the break, held the Wildcats to five points once again, and took a 24-20 lead into the fourth.
But Morgan Osborne scored four of Montague’s first six points in the quarter before Braquelle went on her scoring spree. 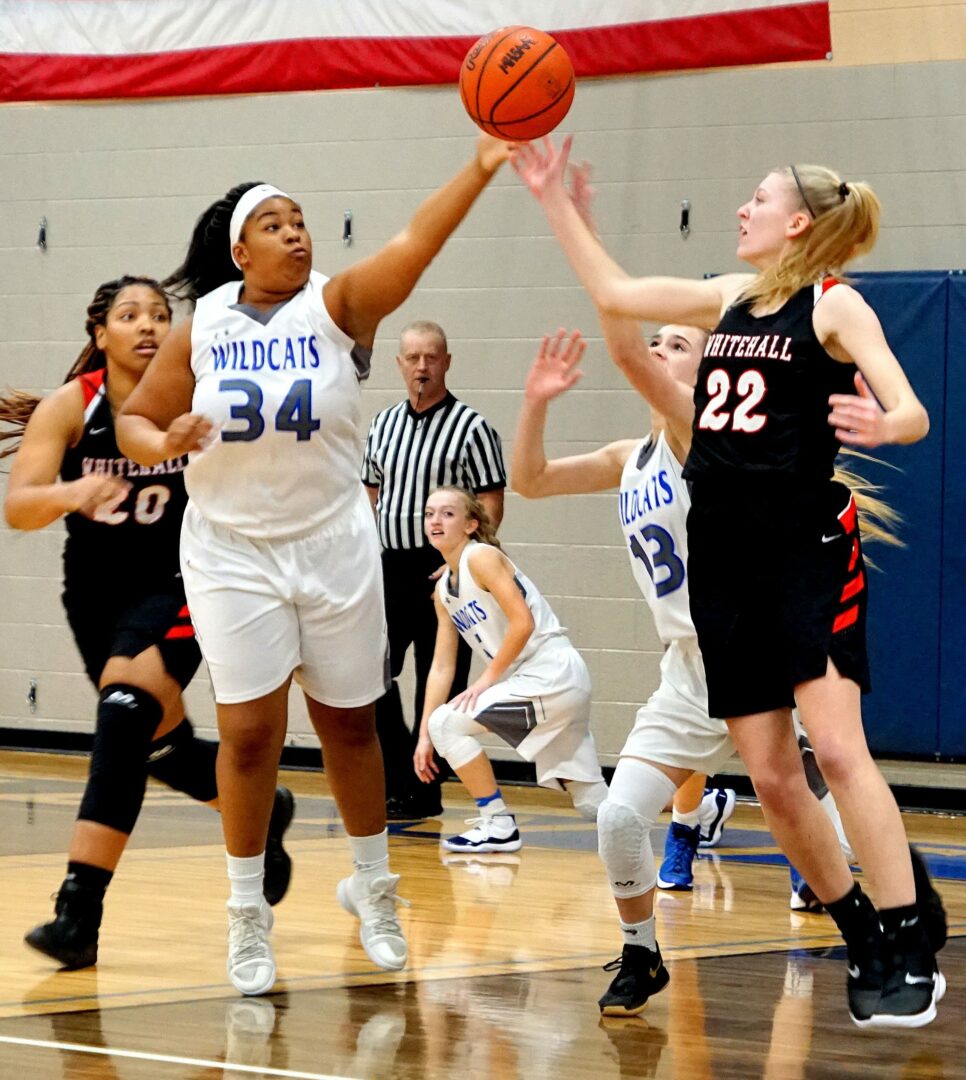 Tianna Smith fights for the rebound against Whitehall’s No. 22 Kacy Jeffries. Photo/Leo Valdez

“Morgan was nonexistent in the first half,” Kater said. “So we asked her at half to pick it up and she did. That’s what you need from a senior. (And) Braquelle made the crucial plays down the stretch, that won us the game.”
Whitehall’s Greta Hosticka hit a 3-pointer with 12.9 seconds left to pull her team within two, 39-37, but Morgan Osborne hit two free throws to finish off the game.
Braquelle Osborne led all scorers with 14 points and had four steals, Morgan Osborne finished with eight points and Tianna Smith grabbed 10 rebounds for the Wildcats.
Rileigh Thommen had 10 points for the Vikings, while Kacy Jeffries added nine.
Whitehall finished the game 11-for-24 from the free throw line, while the Wildcats made 8 of 13.