eyes when he looked at the halftime stats.

Visiting Grand Haven – which has much more size on its roster than the Lakers top to bottom – had only five offensive rebounds, and forced the Lakers into seven turnovers.
Yet, the Buccaneers had a commanding 37-18 lead.
“It just seems like they magnified our turnovers to points,” Core said. “Seven isn’t bad. But how many points did they have off of those? And five offensive rebounds isn’t bad with (Grand Haven’s) height. But how many second-chance points did they have?”
“It just seemed like every breakdown we had, they took advantage of it.” 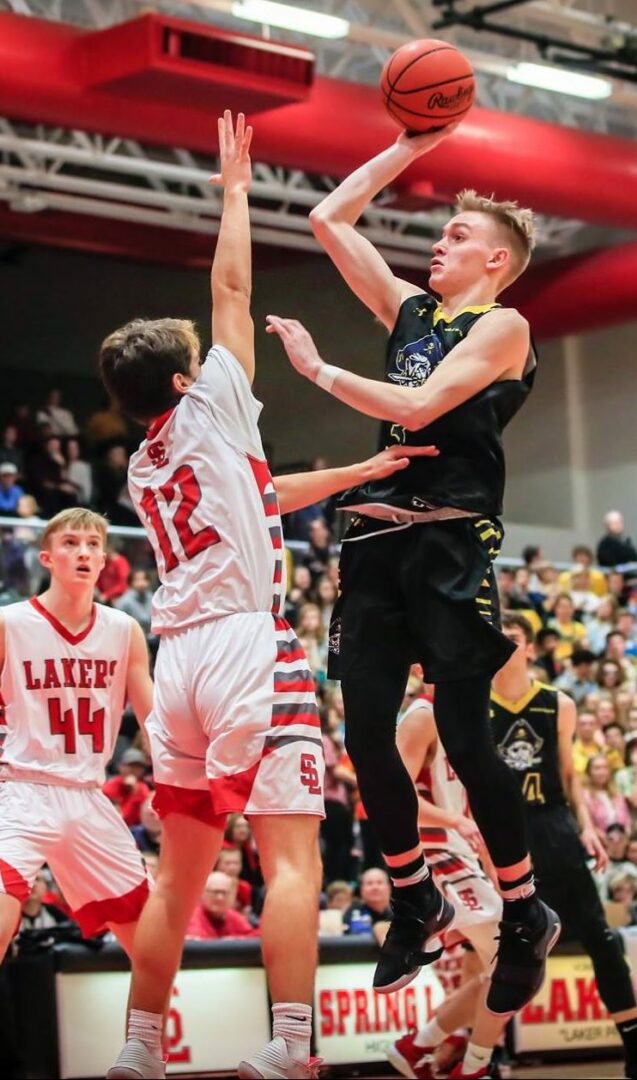 Drew Sinke goes up for the shot in the lane over Spring Lake’s No. 12 Kyle Garrison. Photo/Tim Reilly

Grand Haven needed its dominant first half, because the Bucs had to withstand a Lakers’ second-half surge, but held on to reclaim the Drawbridge Classic trophy with a 53-46 victory at Spring Lake High School.
Grand Haven improved its season record to 2-1, while the Lakers dropped to 2-2.
The victory was sweet redemption for the Bucs’ seniors, including point guard Casey Constant, who saw his team suffer a double overtime loss to the Lakers last year on the Bucs’ home court. He led all scorers on Friday with 19 points, including a clutch performance at the free throw line in the fourth quarter, when he sank 7 of 9.
“Last year, losing in double overtime on our home court was tough, so it feels a lot better to win this one pretty handily,” Constant said. “We’ve been waiting all year for this one.”
Grand Haven coach Greg Immink said the key to the strong first half was the incredible energy brought by a packed gymnasium, and more importantly, the Bucs hitting their open shots, both in the paint and from beyond the 3-point line.
The Bucs had five first-half triples, while 6-foot-7 center Jon Elias thrived inside and out with seven points at the break.
But the Lakers refused the roll over.
“Give Spring Lake credit, they came out with a lot more fire in the second half,” Immink said. “We faced their zone some in the first half and handled it OK, but we played a little timid the rest of the way.”
Grand Haven converted just 4 of 17 shots from the field in the second half.
“We haven’t played a lot against a zone, just in practice,” Constant said. “We definitely need to work on our shooting and attacking the seams.”
The Lakers trimmed their 19-point halftime deficit to 42-29 after three, and got as close as six points late in the fourth quarter. Spring Lake received big production from a pair of key reserves. Grant Kieft scored all nine of his points in the second half, while 6-foot-6 junior Lucas Lyyski led the Lakers with 11.
“I found out a lot about what’s on the inside of our team tonight, and I didn’t know what was there because we’re young. I couldn’t be prouder,” Core said.
After the final second ticked off the clock, Grand Haven’s student section, decked out in beach gear, rushed the court to celebrate with the winning Bucs, while the Spring Lake students in Christmas clothing filed quietly out.
“It’s super fun to see both student sections and the communities get into it for both schools,” Constant said. “It’s such a huge game. It’s hard not to get pumped up for it.” 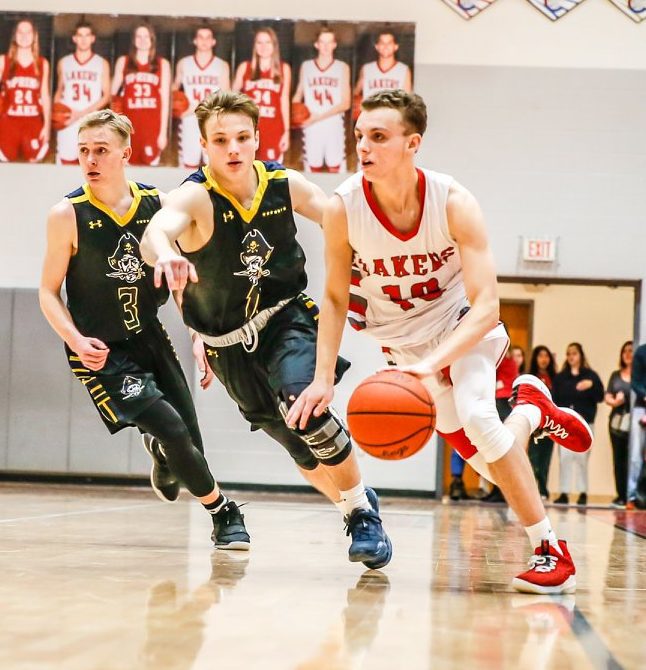 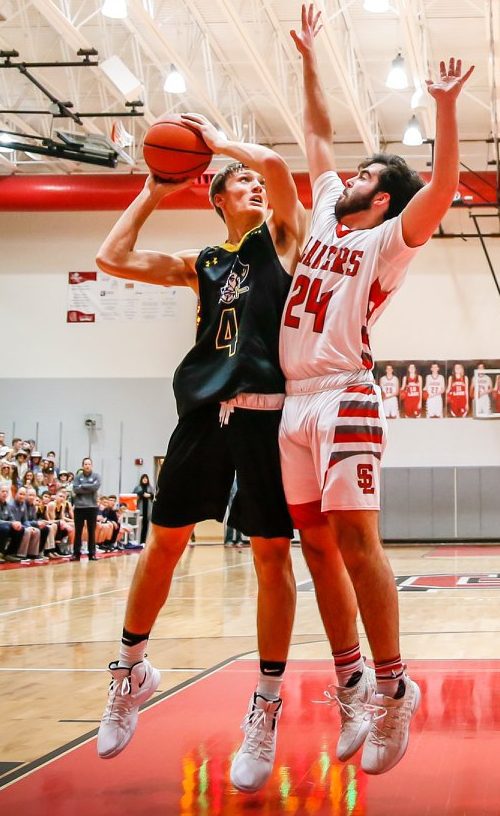 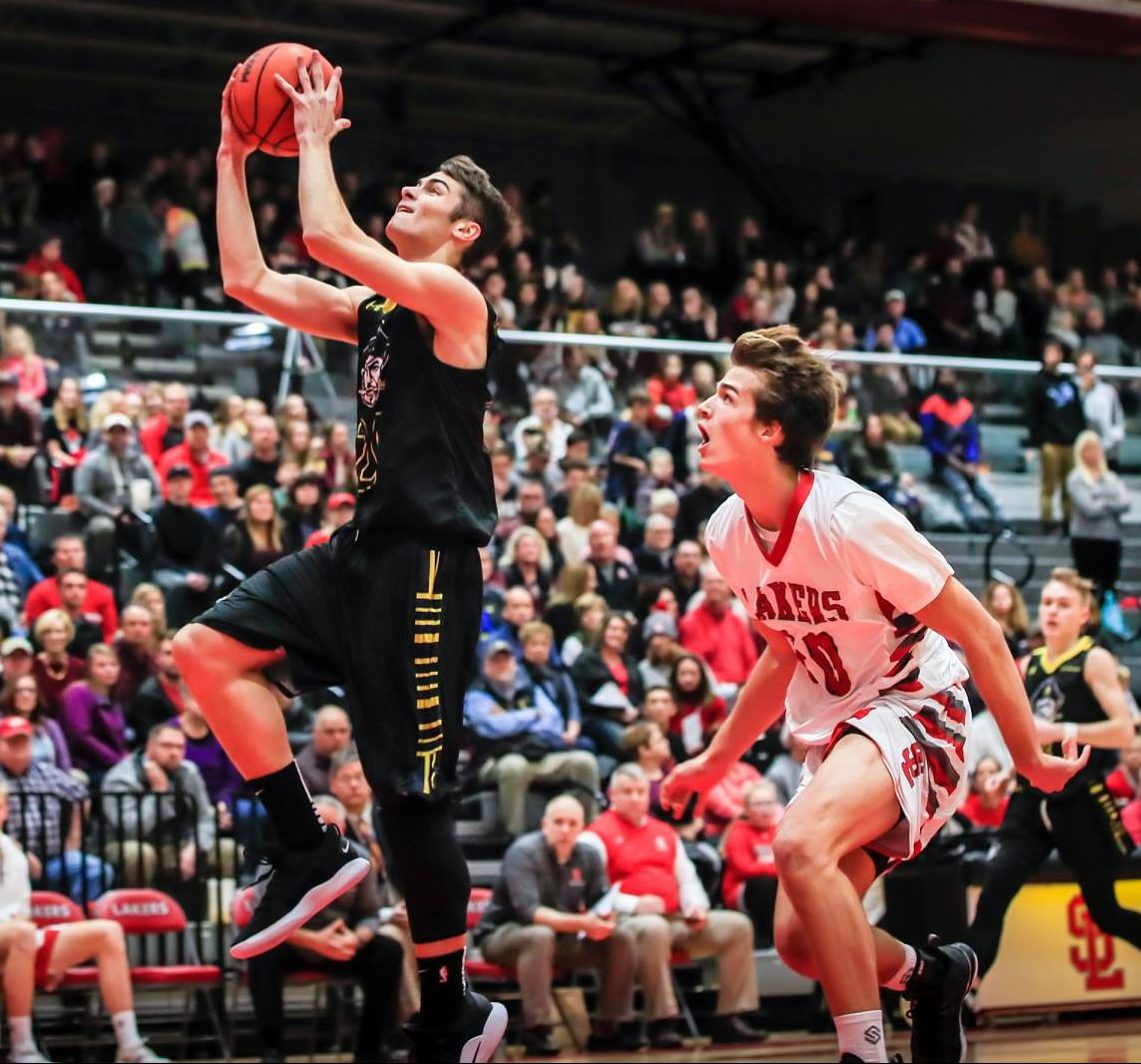 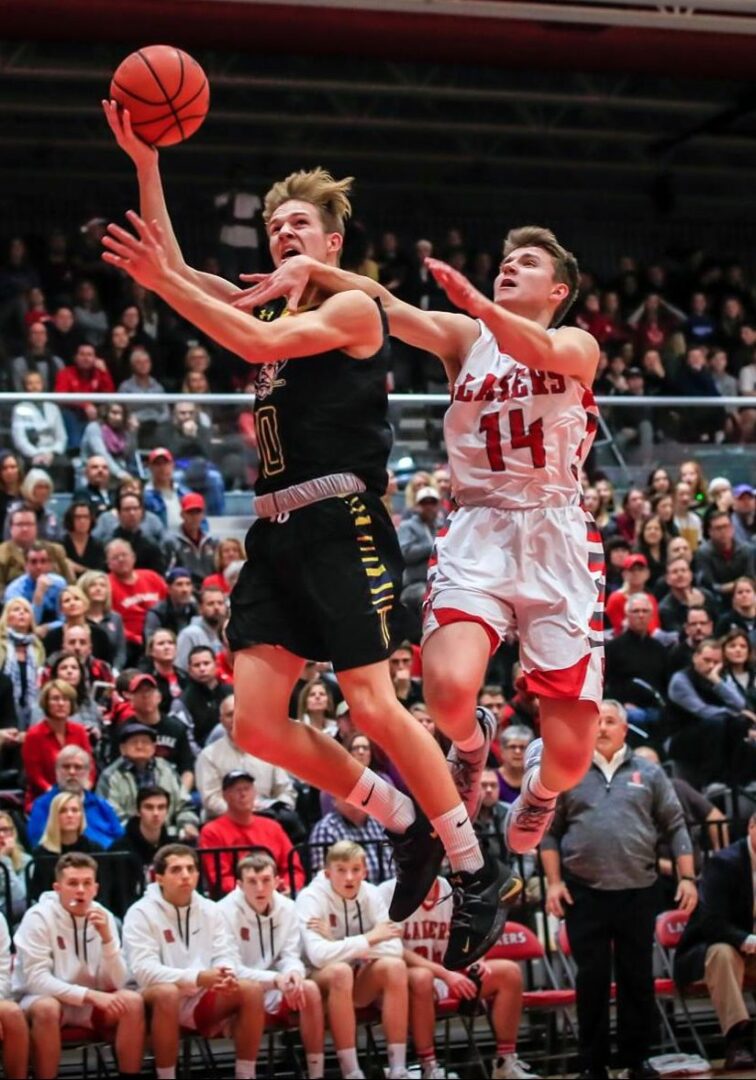 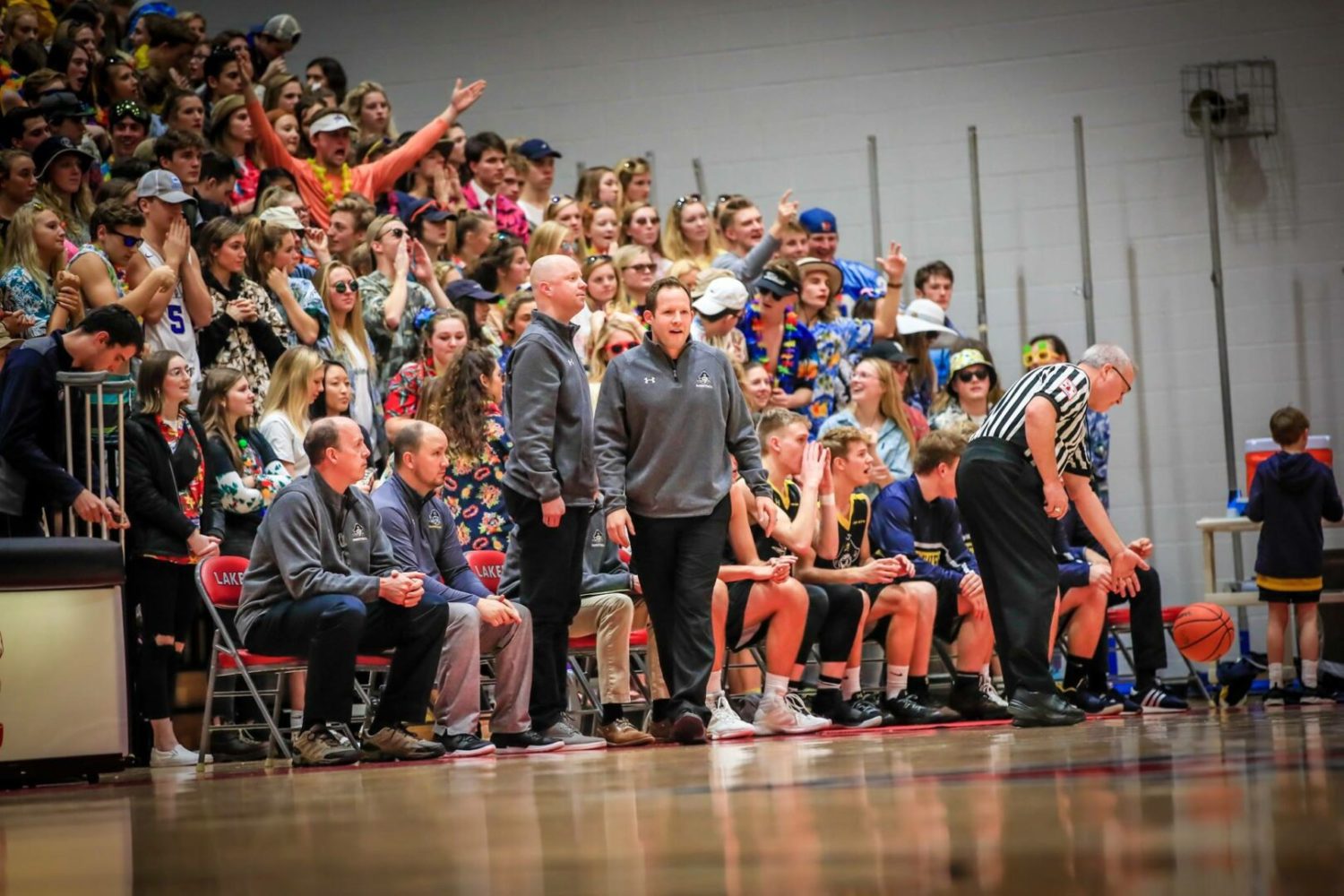 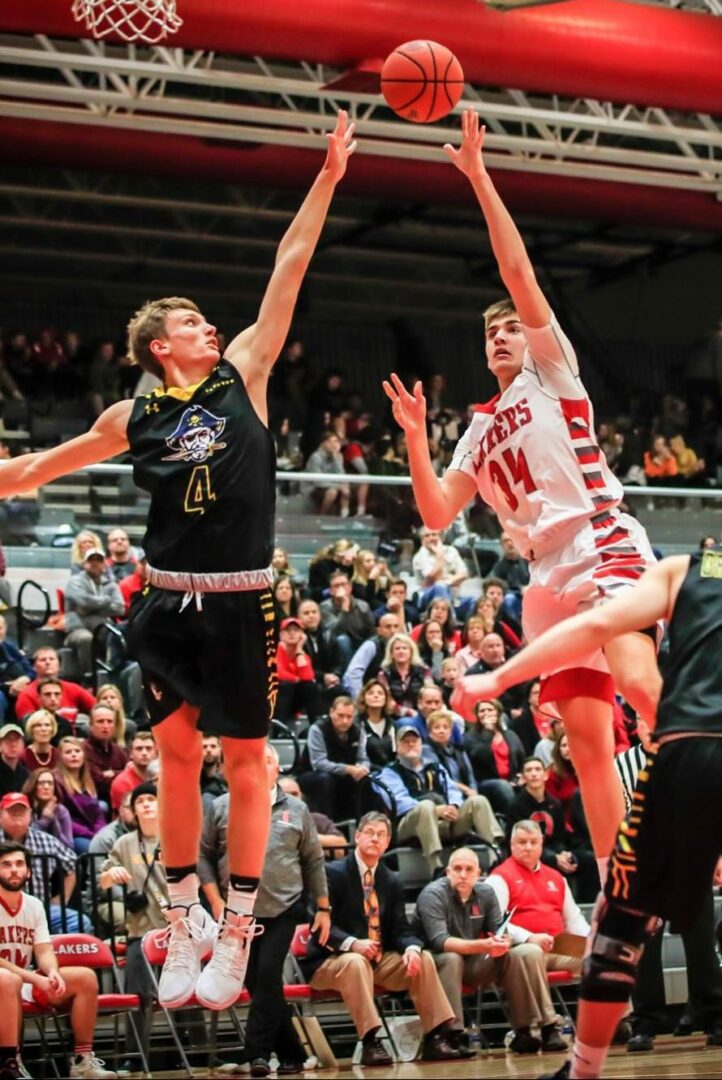 Shelby, Newaygo play to a scoreless tie in a non-league soccer opener

Defense wins it for Spring Lake in season opener against Coopersville