By Dave Tomczak
LocalSportsJournal.com
MUSKEGON – It was an up-and-down night offensively for the Muskegon Lumberjacks on Friday.

And unfortunately for the 3,274 fans at the L.C. Walker Arena, it ended on a down note.
Dubuque slowed the Jacks’ usually potent attack, scored two quick second-period goals, and earned a 3-2 win. 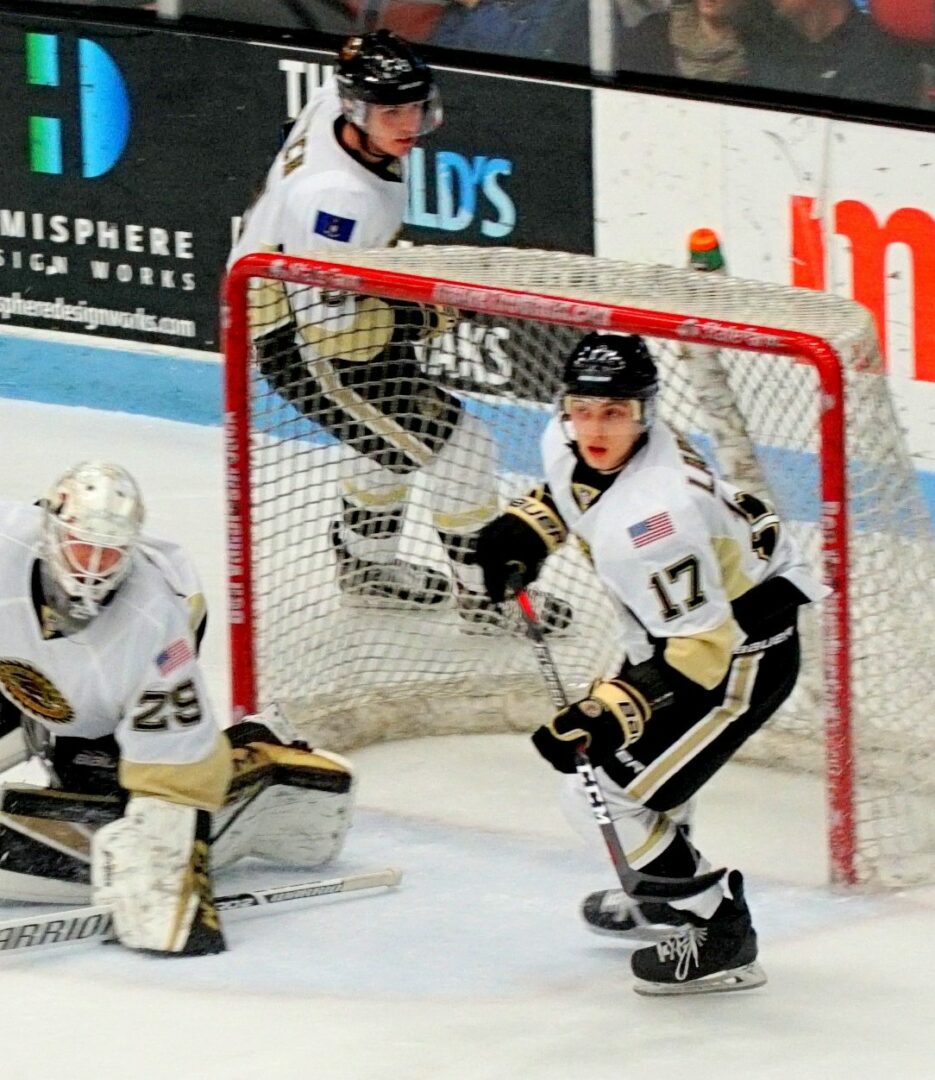 Muskegon’s No. 17 Igor Larionov watches the puck try to clear the zone as goalie Brandon Bussi gets into position. Photo/Leo Valdez

Muskegon fell to 18-4 on the season, but still holds a sizable 11-point lead over Chicago in the USHL’s Eastern Conference standings. The Jacks will face Dubuque again Saturday night at home at 7:15 p.m.
The Lumberjacks started the night with big chances, getting back-to-back power-play opportunities 22 seconds into the game.
Although they didn’t score, the Jacks rode the momentum to an 11-1 shot advantage, culminating in Nolan Sullivan’s goal, and a 1-0 lead, 8:27 into the game.
The Fighting Saints responded by outshooting Muskegon 11-1 over the rest of the first period, but still trailed 1-0 at the break.
“Half of that first period was played on special teams, and that’s not good for flow,” Muskegon coach Mike Hamilton said. “One of our strengths is 5-on-5 hockey, and things settled down in the second period and there was more 5-on-5. But our second period wasn’t good.”
Dubuque’s offense continued to put the pressure on, and tied the game 8:22 into the second period on Verners Egle’s first goal of the year.
Five minutes later, Logan Pietila tipped in a pass from in front of the net, and the Fighting Saints led 2-1 after two periods. 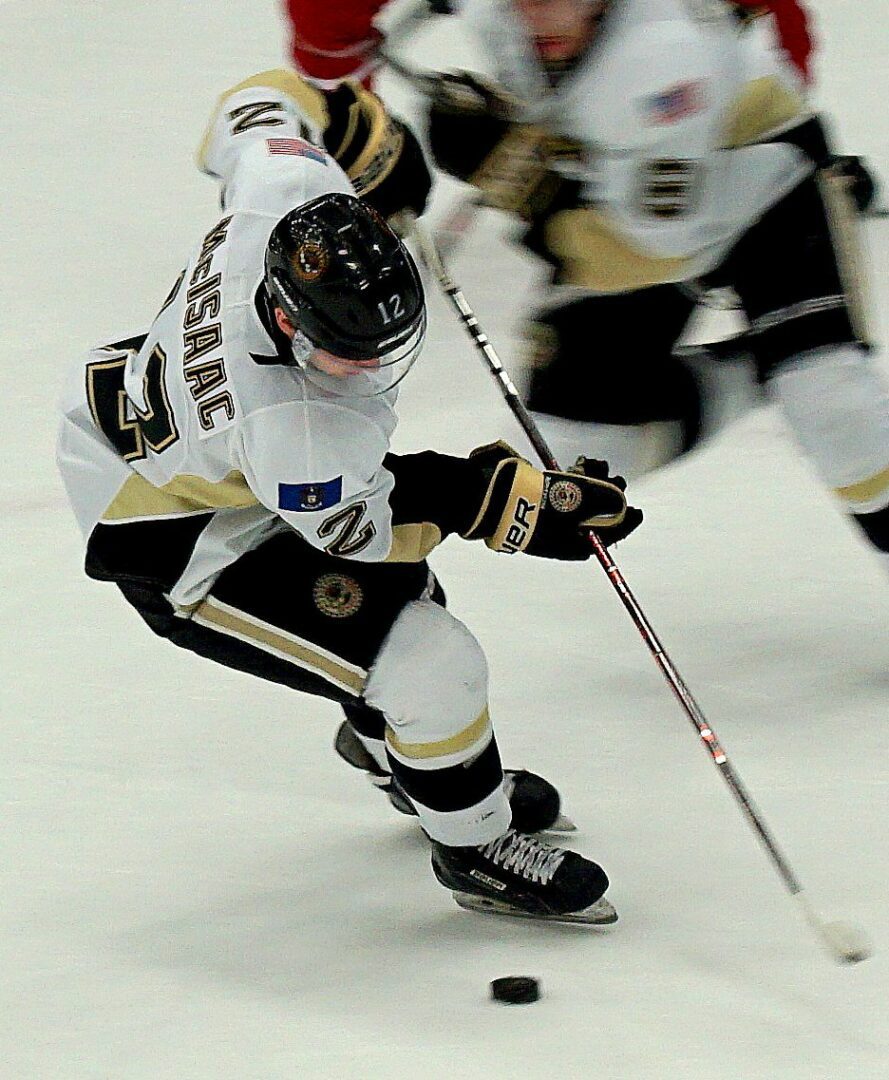 Muskegon’s offense came out firing in the third, but the Dubuque defense stood tall, blocking or deflecting anything heading their netminder’s way.
“They played hard, but we have to find ways to get the puck through,” Hamilton said about his players. “We didn’t adjust and tried to force things that weren’t there.”
The Lumberjacks find found the equalizer when Jack Williams back-handed a rebound into the goal to tie the game at 2-2 with 2:44 left.
But just 1:30 later, the Saints’ Matias Maccelli got free behind the Jacks’ defense and scored on the breakaway for a 3-2 lead.
A would-be game-tying Jacks goal with a minute left was waved off due to an goalie interference call on the play.
Dubuque finished with a 37-28 shot advantage, and Jacks’ goalie Brandon Bussi had 34 saves.
Jagger Joshua and Cam McDonald had assists for Muskegon.