By Dave Tomczak
LocalSportsJournal.com
MUSKEGON – The Oakridge girls basketball team had to rely on its defense until its offense could warm up Tuesday.

The shots wouldn’t fall early, but the Eagles managed to pull away from Shelby, 40-23, in their West Michigan Conference home opener.

Oakridge improves to 2-0 overall, and 2-0 in conference with the win. It was the Eagles 80th consecutive league victory. They will host Mason County Central on Friday.
A Sophia Wiard free throw 1:25 into the game was the lone point for both teams, until she hit a jumper two minutes later.
Wiard had seven points by the end of the first quarter, and Oakridge led 9-2. 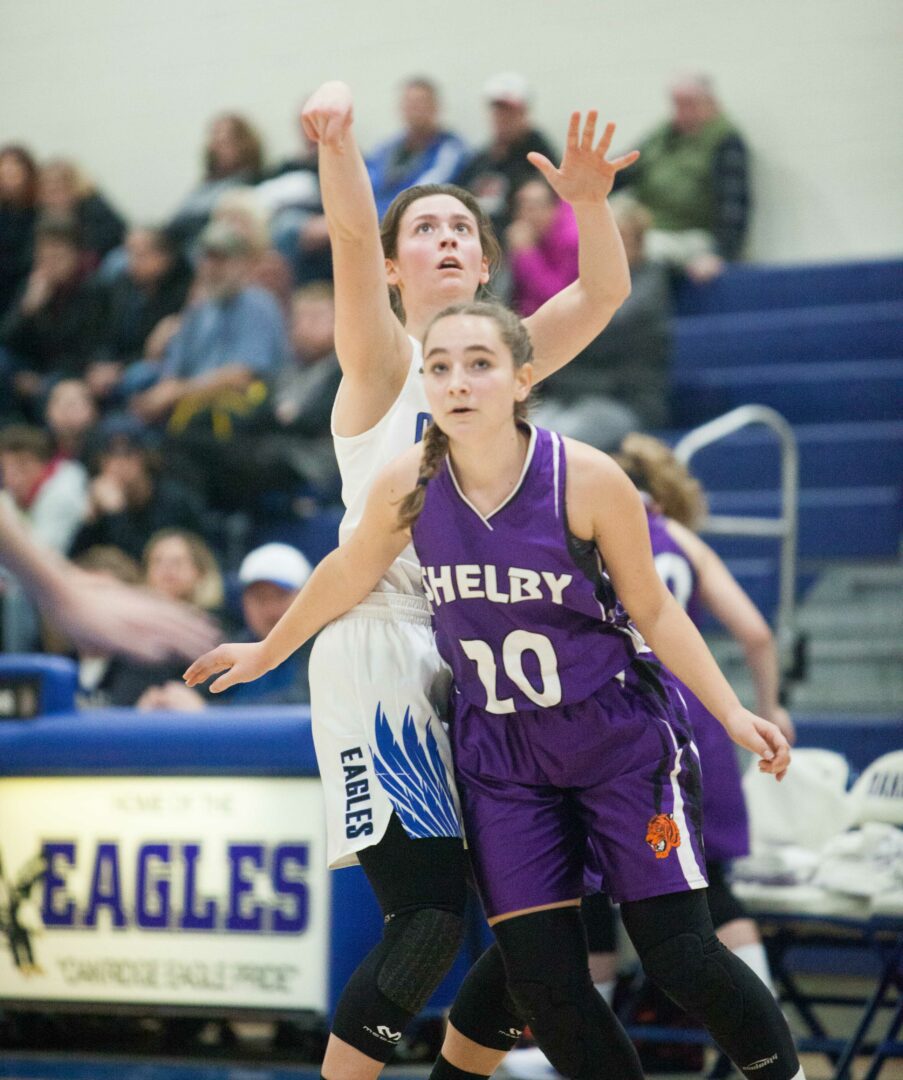 Sophia Wiard follows through on her shot as Shelby’s No. 10 Sharon Josephson looks for a rebound. Photo/Jason Goorman

“Defense kind of starts it all, and when the shots aren’t falling we had to rely on that,” the senior guard said. “And that’s what we did, that’s what we had to do.”
The Eagles still struggled in the second quarter, but managed to keep a 15-6 halftime lead.
The Tigers scored four quick third quarter points to pull within 15-10, but Oakridge responded with a Wiard 3-pointer to start a 13-5 run.
Wiard finished with eight of her team’s points in the period.
“I was really happy with the defense,” said Oakridge coach Terry DeJonge. “At halftime we said we wanted to win the third quarter. You can miss shots, that happens, but the defense kept going.”
The Eagles expanded their lead to 28-15 after three quarters and finished off the game with a 12-8 fourth.
Wiard finished the game with 23 points and 16 rebounds, and Brianna Pastor added six points and five rebounds.
Lexi Schultz led the Tigers with six points and four assists and Sharon Josephson finished with seven rebounds. 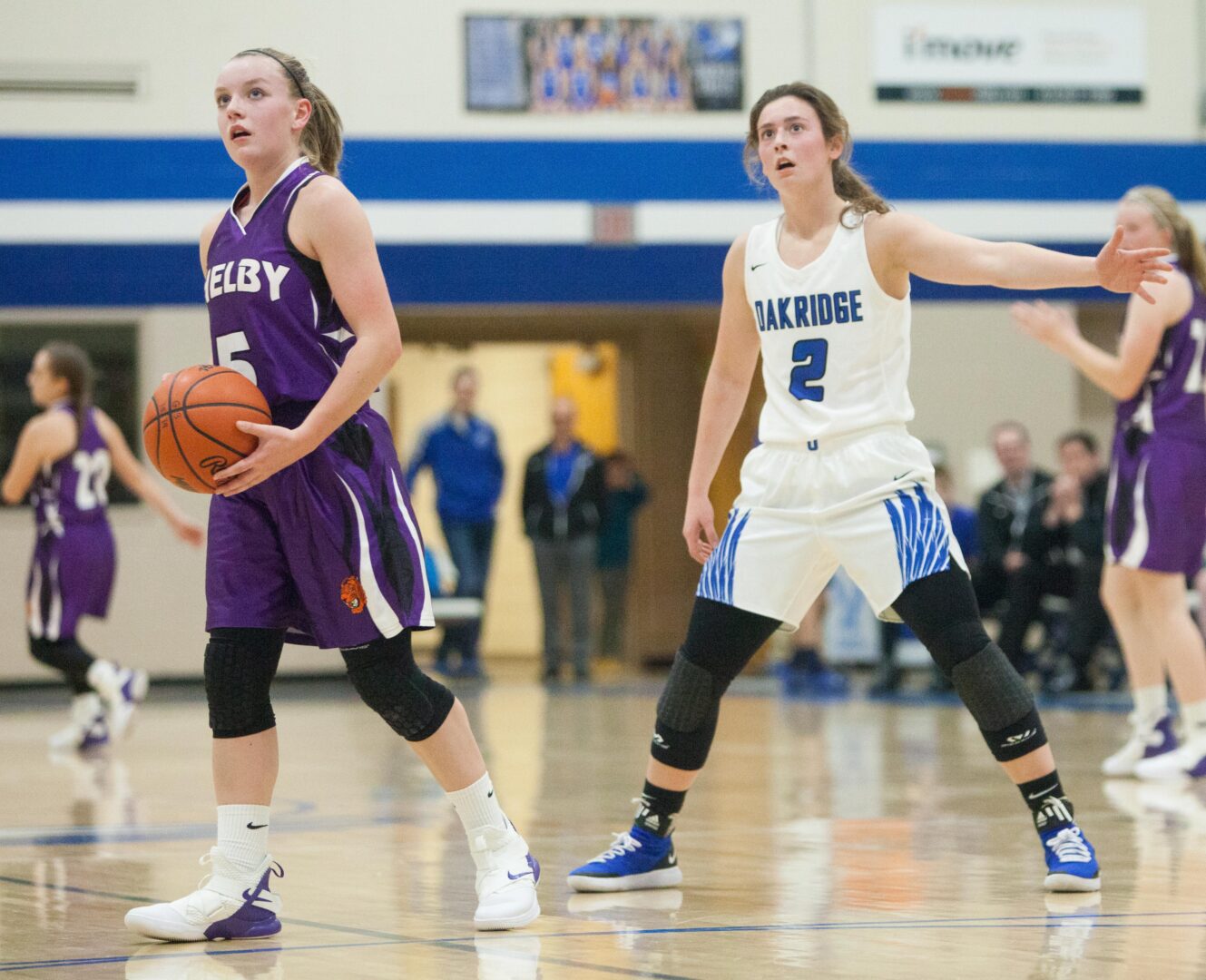 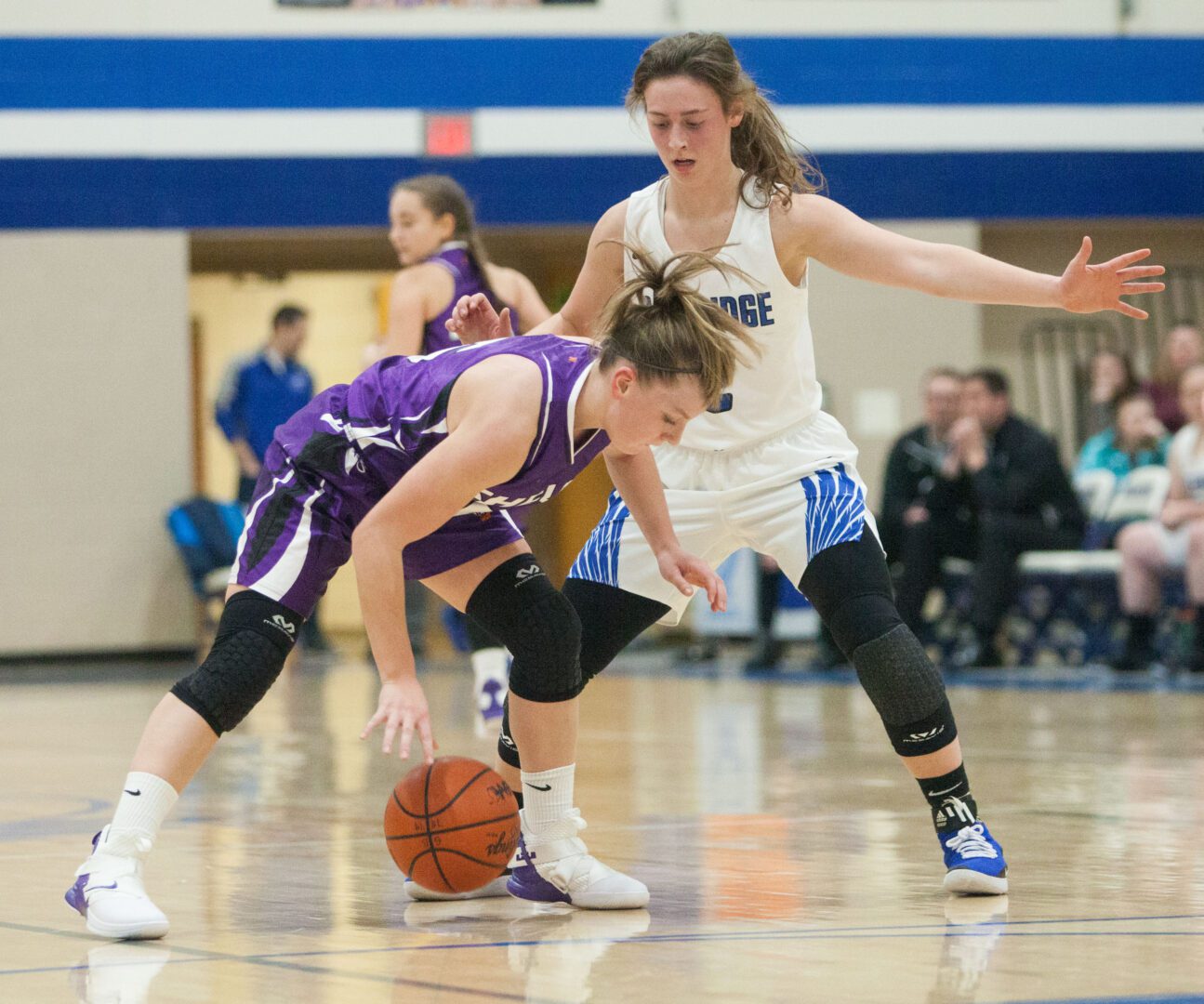 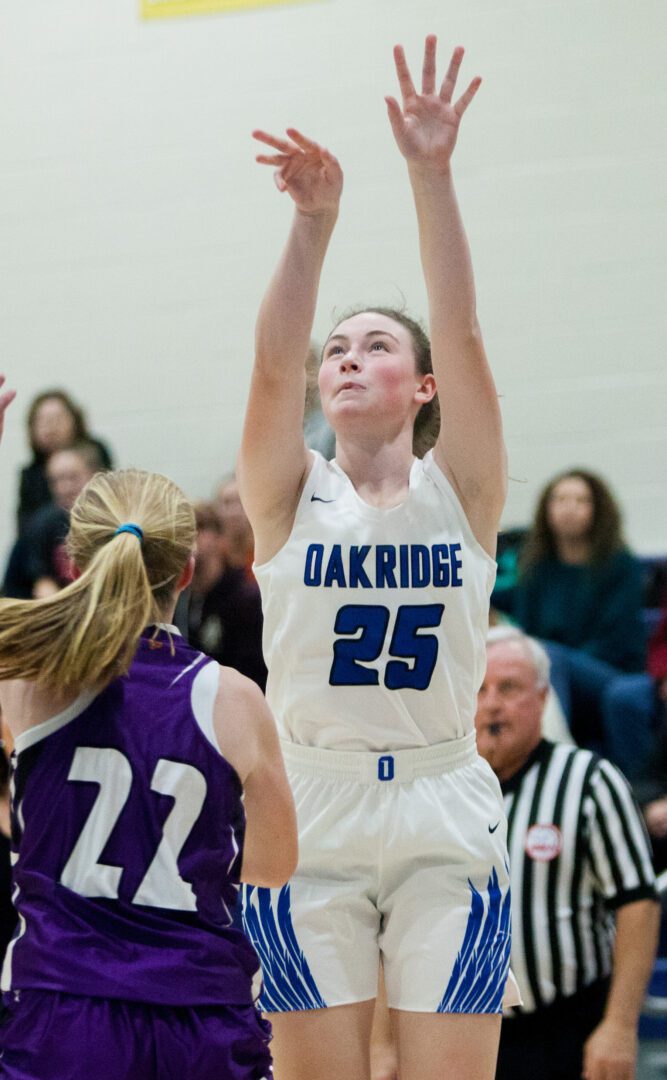 Kayla Fessenden follows through after the shot for Oakridge. Photo/Jason Goorman 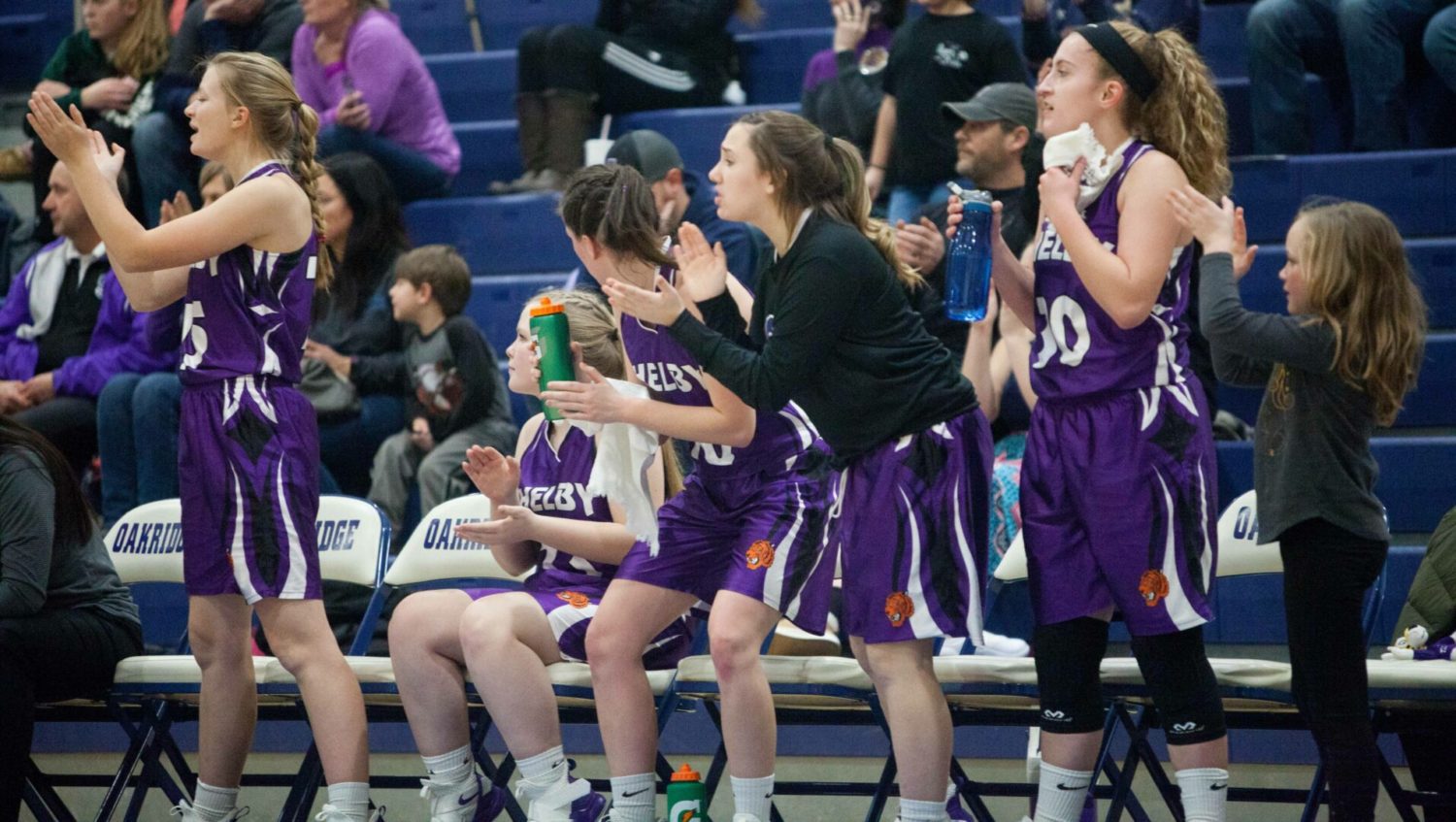 The Shelby bench cheers on their team. Photo/Jason Goorman 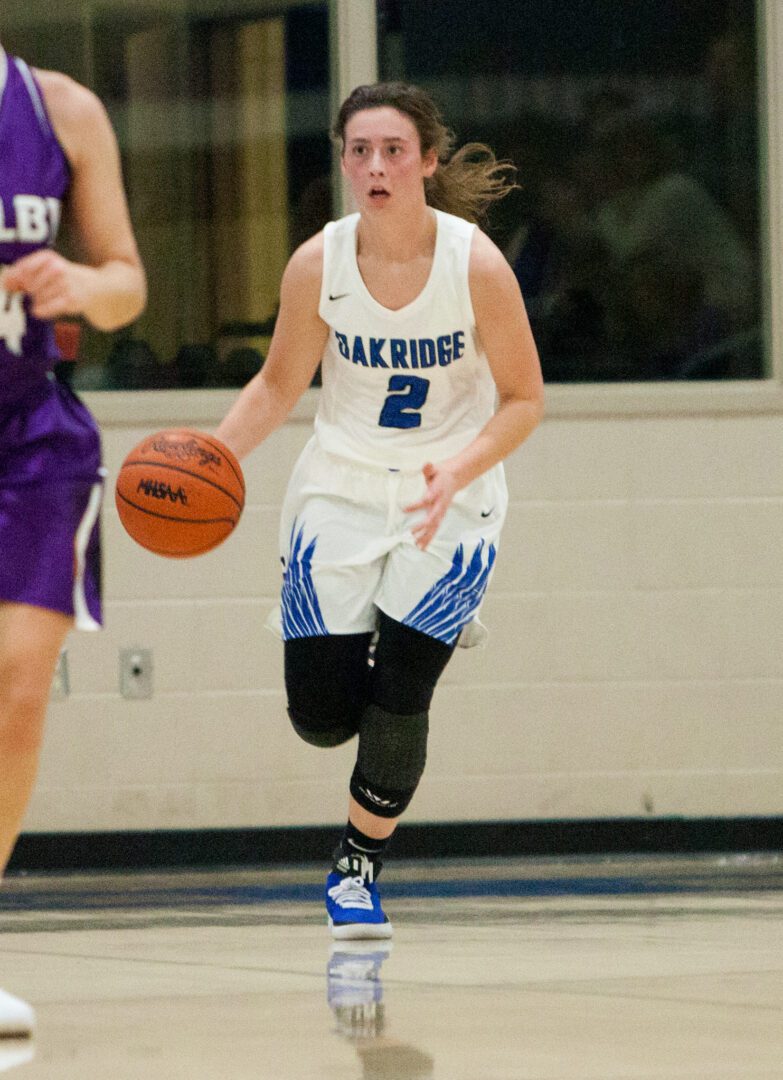 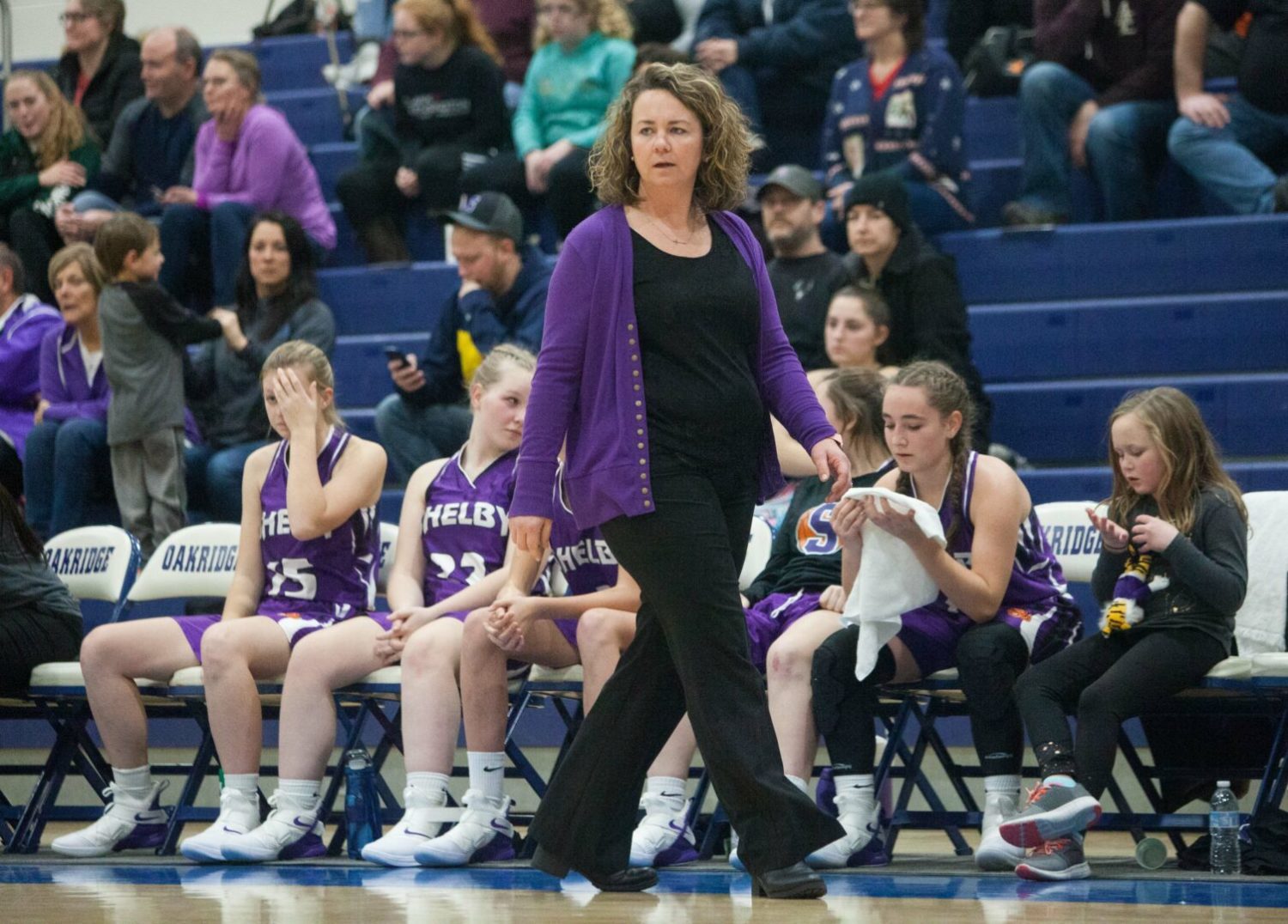 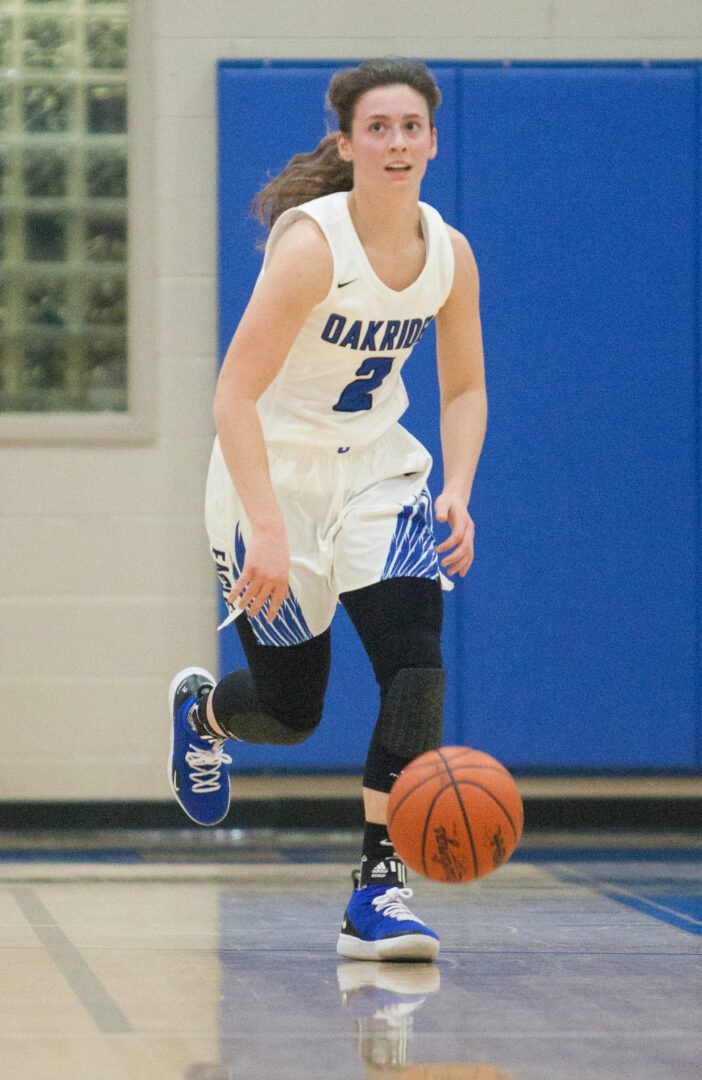 Sophia Wiard brings the ball up the floor for Oakridge. Photo/Jason Goorman 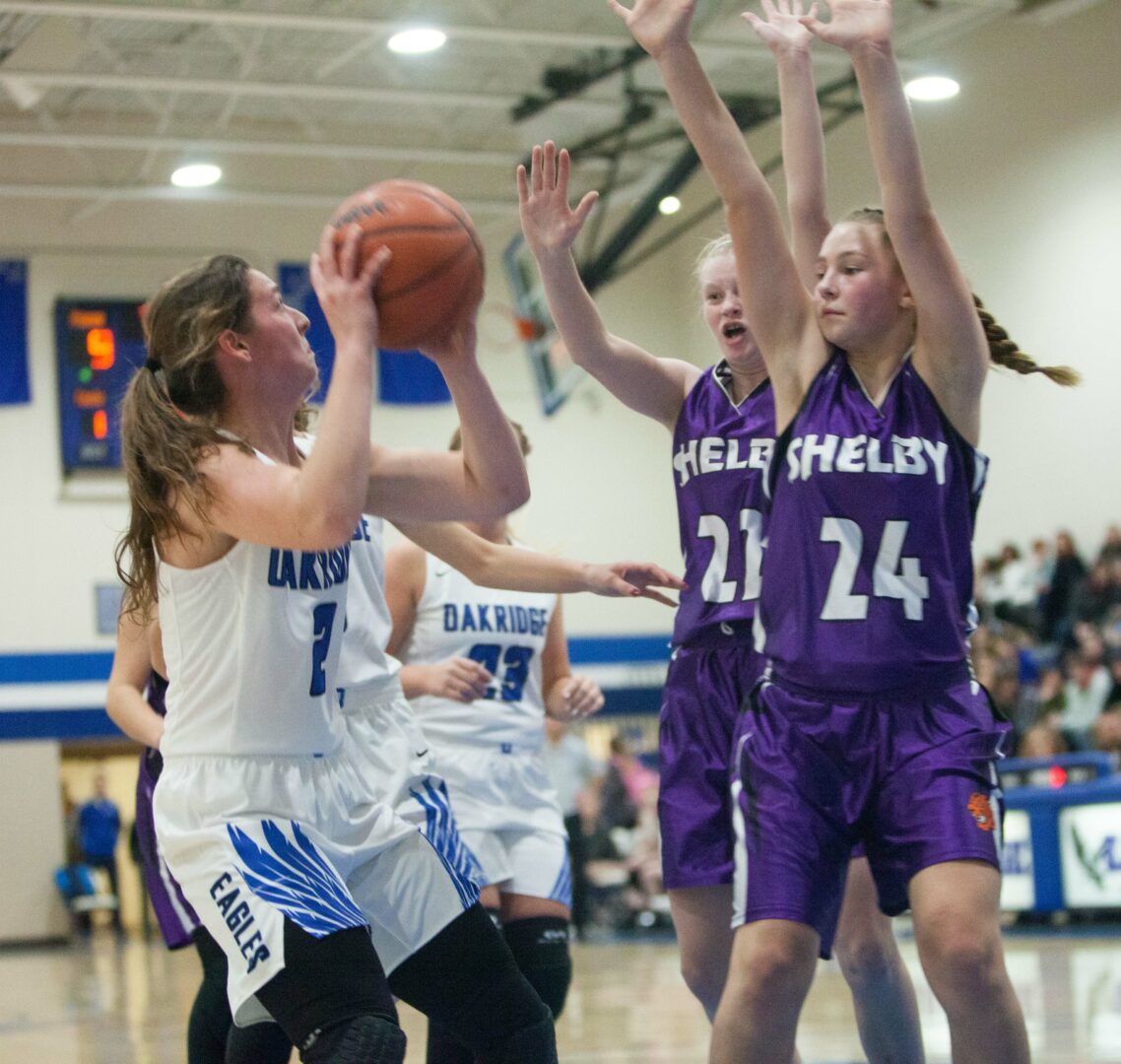 No. 24 Kendall Zoulek and Ella Olmstead defend as Oakridge’s Sophia Wiard goes up for the shot. Photo/Jason Goorman 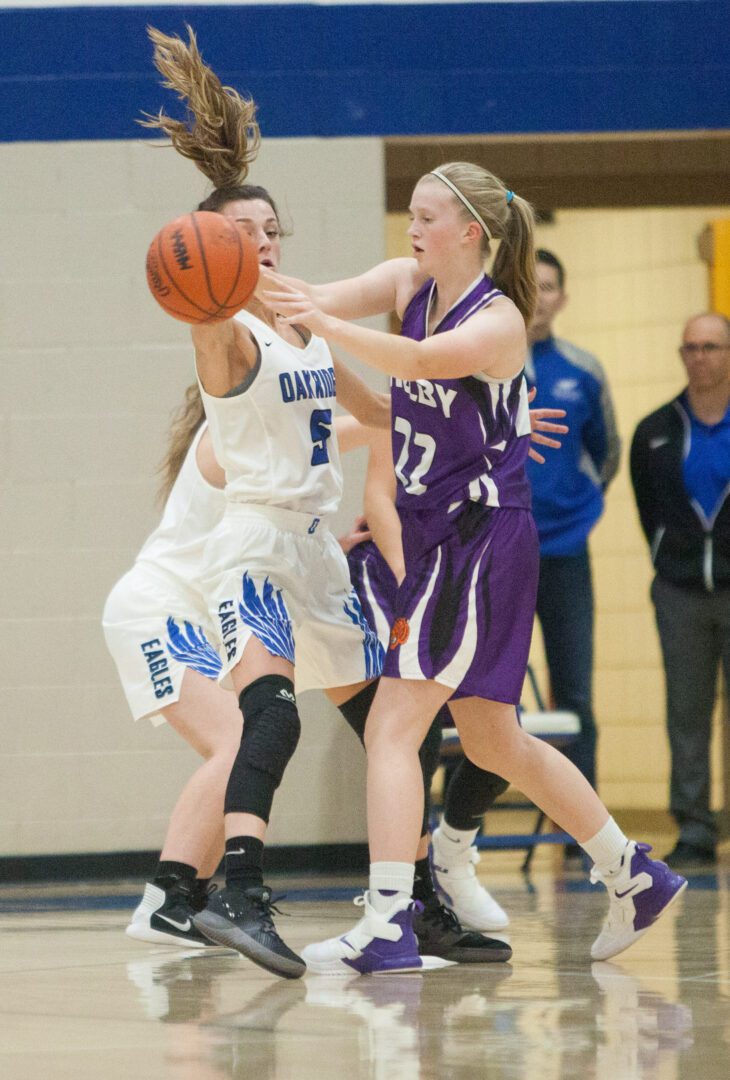 Ella Olmstead makes the pass around the perimeter as Oakridge’s Halle Jennings tries to deflect the past. Photo/Jason Goorman 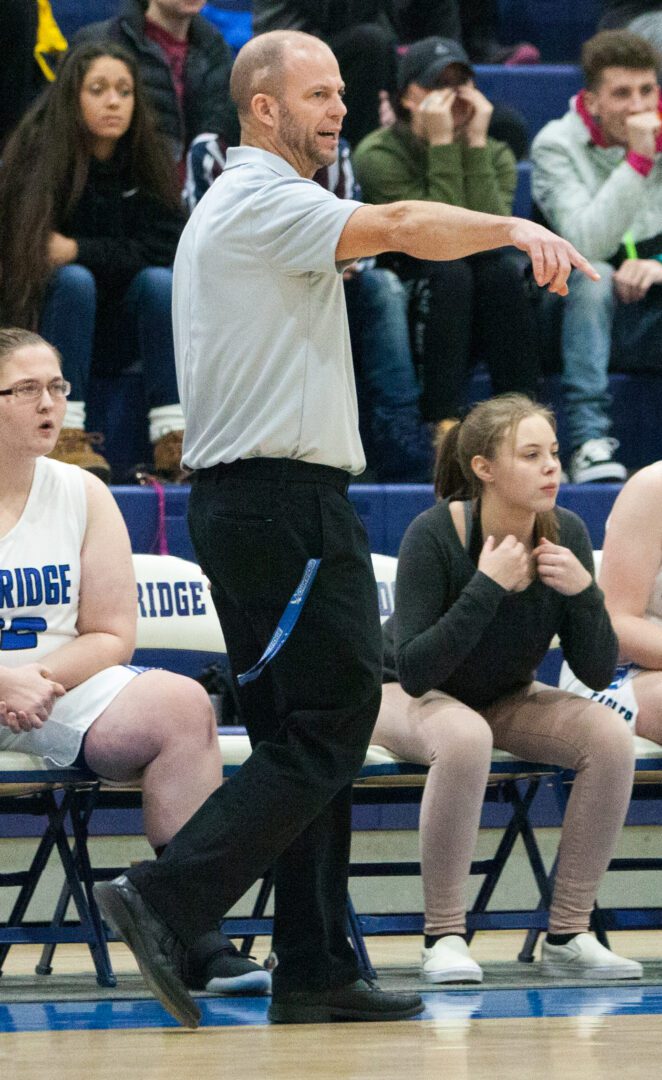 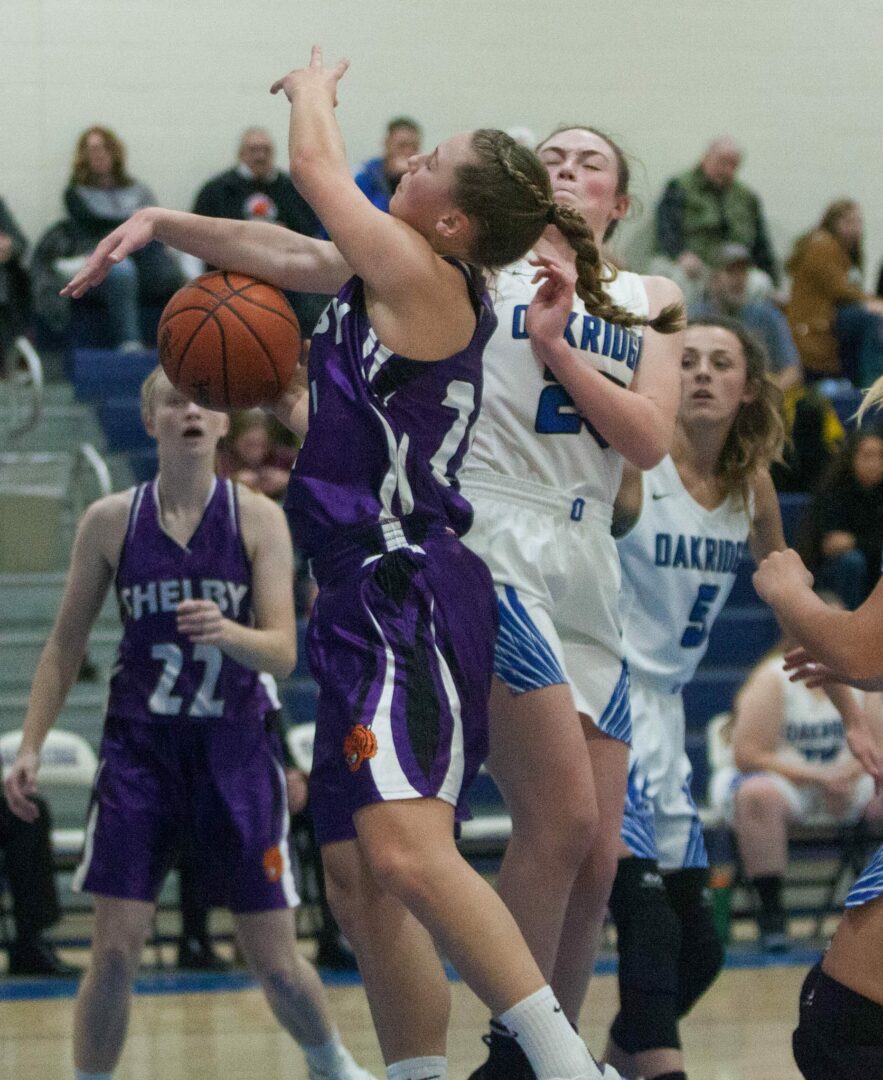 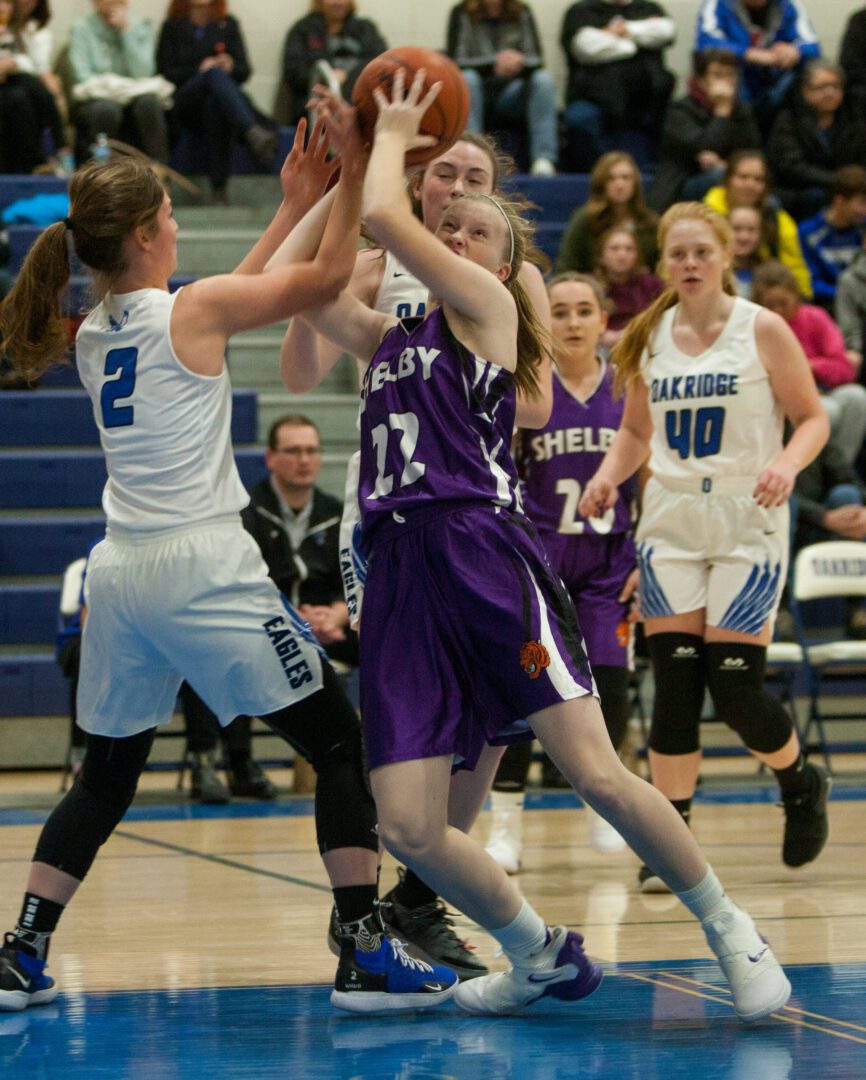 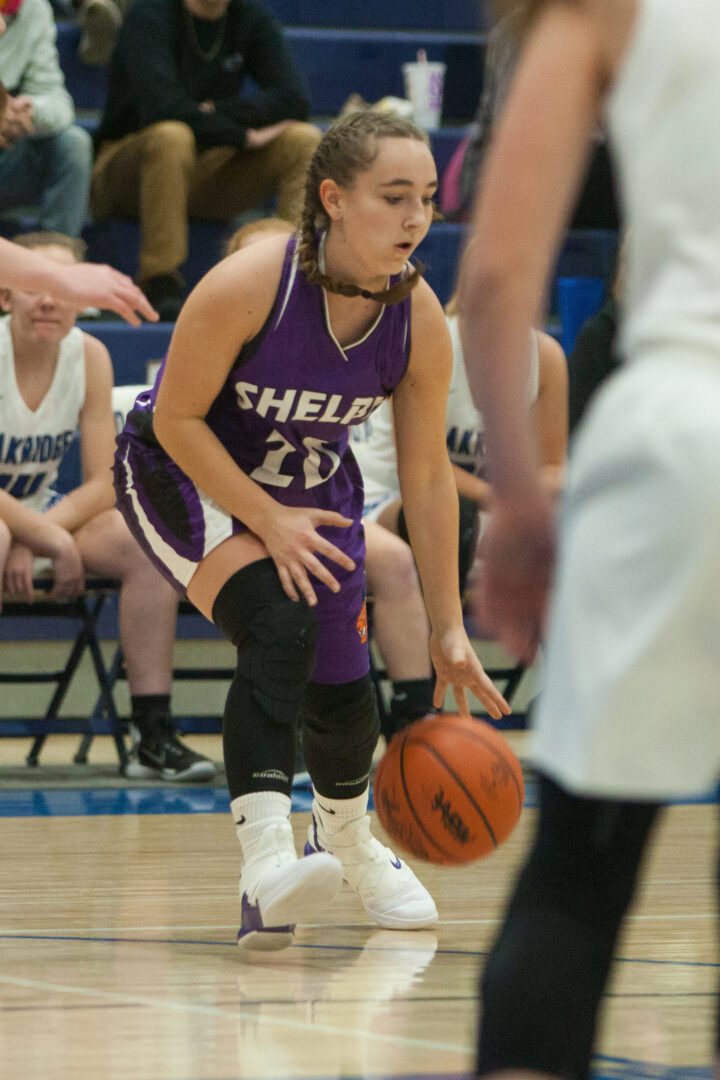 Sharon Josephson dribbles outside the arch for Shelby. Photo/Jason Goorman 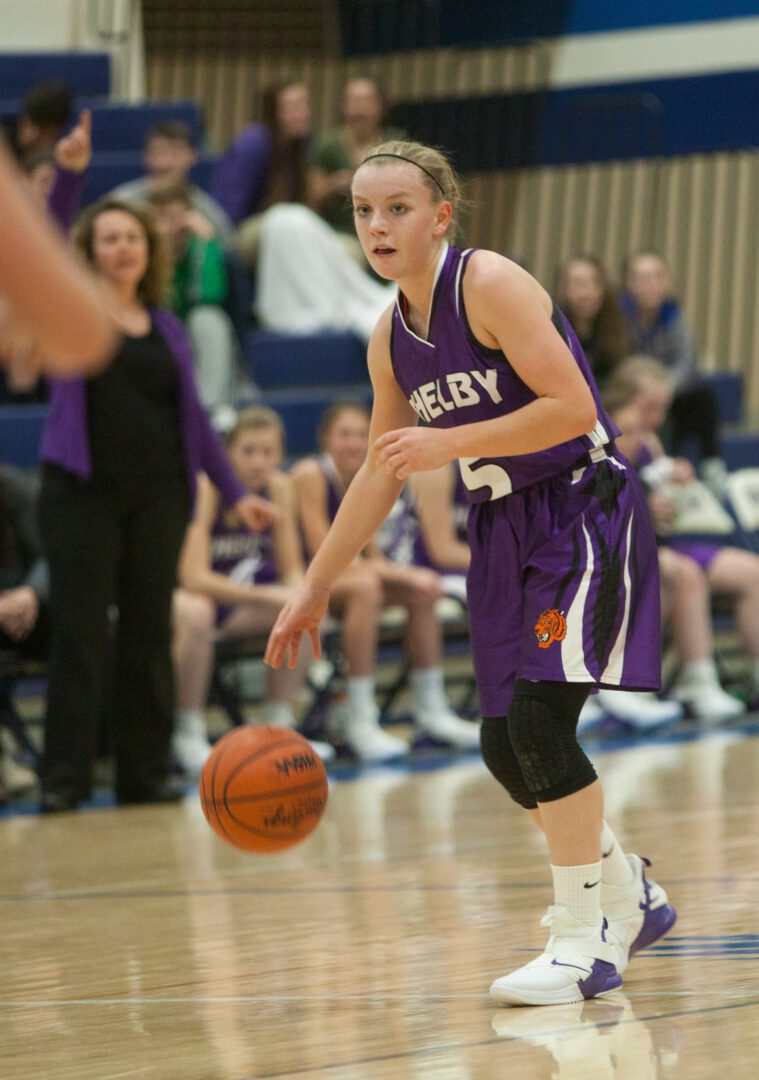 Lexi Schultz sets up the play for Shelby. Photo/Jason Goorman 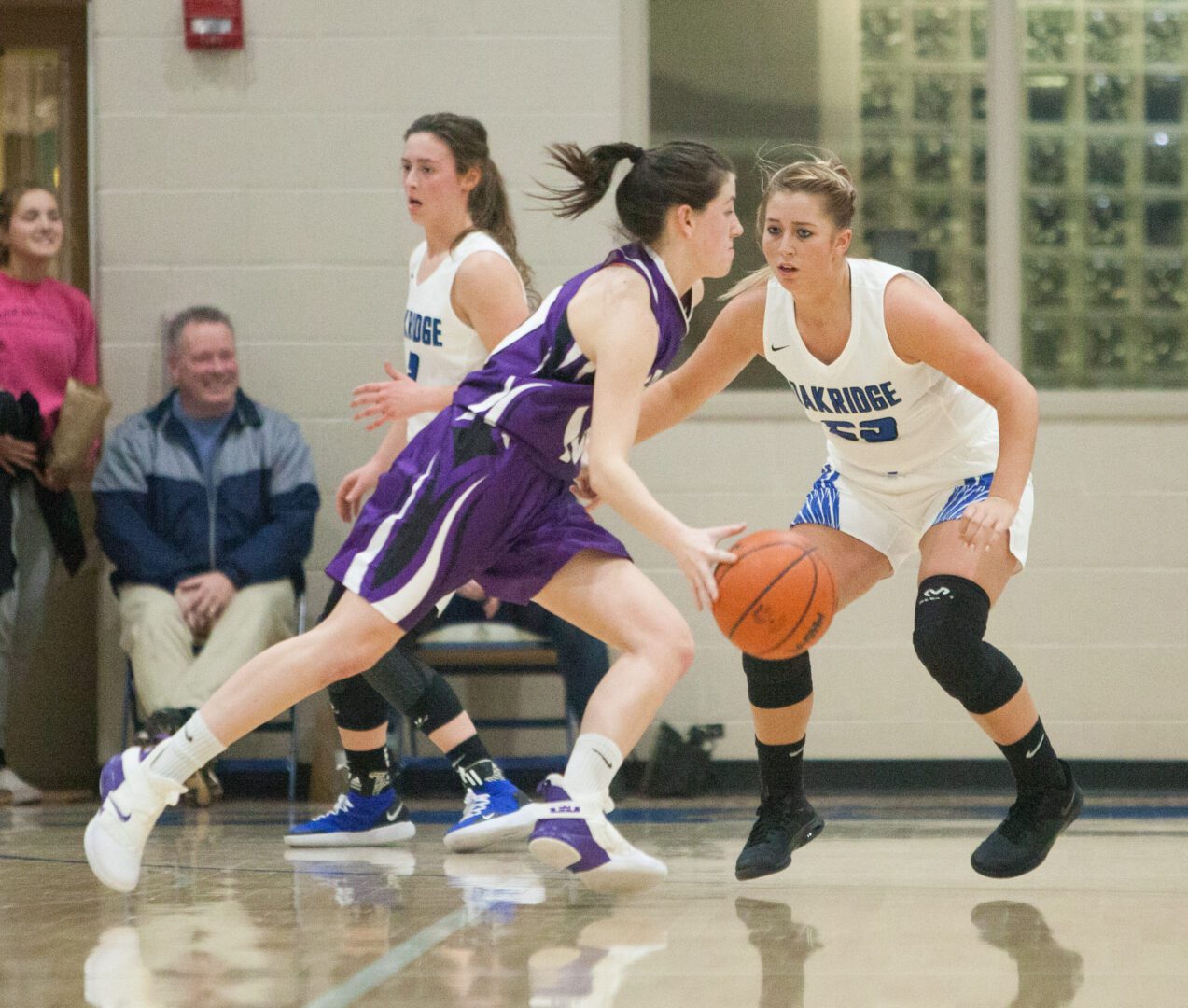