that lost in last season’s Class A state championship game.

The Panthers lost all five starters from that squad, and are showing their inexperience this season.
On the other hand, Reeths-Puffer isn’t the same team it used to be, either. Rockets head coach Lance Johnson remembered what things were like just four short years ago, and how his program has changed.
“My very first game at Reeths Puffer, we played West Ottawa and we lost by 40 or 50,” Johnson said. “We’ve made some big strides since then.” 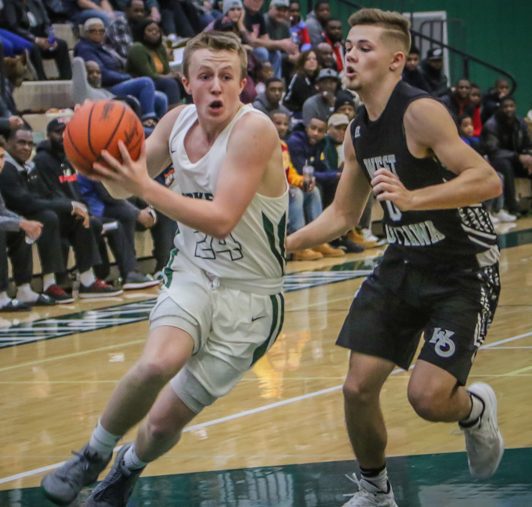 That’s for sure.
The Rockets’ resurgence, sparked by a talented group of underclassmen, continued on Thursday at the 17th annual Muskegon Sports Hall of Fame Basketball Classic at Reeths-Puffer High School.
Sophomore guard Kaleb Mitchelson poured in 19 points, including a pair of clutch three-pointers in the fourth quarter, helping the Rockets hold off the Panthers, 49-43, to improve to 6-1 this season.
“Not really (surprised),” Mitchelson said of his team’s strong start. “The way the schedule set up, we felt we had a chance to get off to a really good start. We’re a lot better than we have been in the past. A lot more skilled, a lot more physical.”
Mitchelson said the focus during the week leading up to the holiday tournament was being physical against West Ottawa’s motion offense, which features a lot of screening and curls to create open shots. The Rockets were up to the challenge, forcing the Panthers into 12 first-half turnovers and contesting every shot they attempted.
The Rockets had a 9-4 lead after one quarter and extended it to 23-12 at the half. They got solid production offensively both inside and out, with Mitchelson and 6-foot-6 junior center Josh Jordan each having eight points at the break. 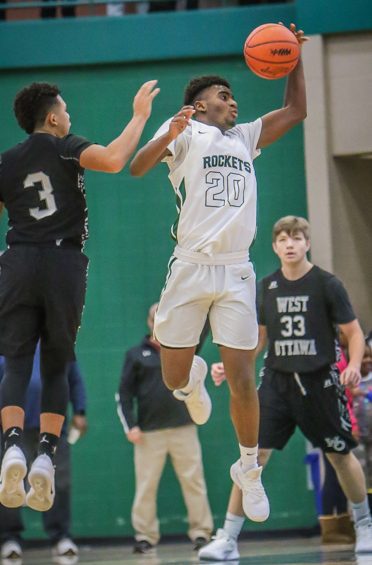 Gary Humphrey III grabs a pass out of the air from West Ottawa’s No. 3 Shawn Trammell. Photo/Joe Lane

“I thought Josh really played well,” Mitchelson said. “He scored for us down low and blocked a lot of shots. He’s been pretty consistent for us all year.”
Jordan, who came off the bench but played starter’s minutes, finished with 11 points and had four blocked shots.
Reeths-Puffer struggled in the third, committing eight turnovers and letting the Panthers hang around. The Rockets took a 30-20 lead into the fourth, but the Panthers got to within six points at 32-26 with 6:25 to play.
But the Rockets connected on a pair of huge three-pointers during the next minute to give themselves some comfort room. Mitchelson was fouled on his triple, but couldn’t convert a rare four-point play. Later, junior Emcee Williams connected from deep, giving Puffer a 38-29 advantage with just over four minutes left.
Mitchelson nailed a college-distance three to give the Rockets a 43-32 lead, but they still had to battle until the end, because they missed six free throws in the closing two minutes.
Still, Johnson said he was happy with the win over another quality program, matching the Rockets’ victory over Grand Haven earlier this season.
“Beating two O-K Red teams, that puts us in a good spot,” Johnson said. “We played Grand Haven last year and they beat us by 20 something. So to come back and get them was a big step, and for us to come back after Christmas and play well enough to win against a good West Ottawa program is good for us.”
Williams finished with nine points for the Rockets. West Ottawa (3-3 overall) was led by senior guard Shawn Trammell, who totaled 12 points. 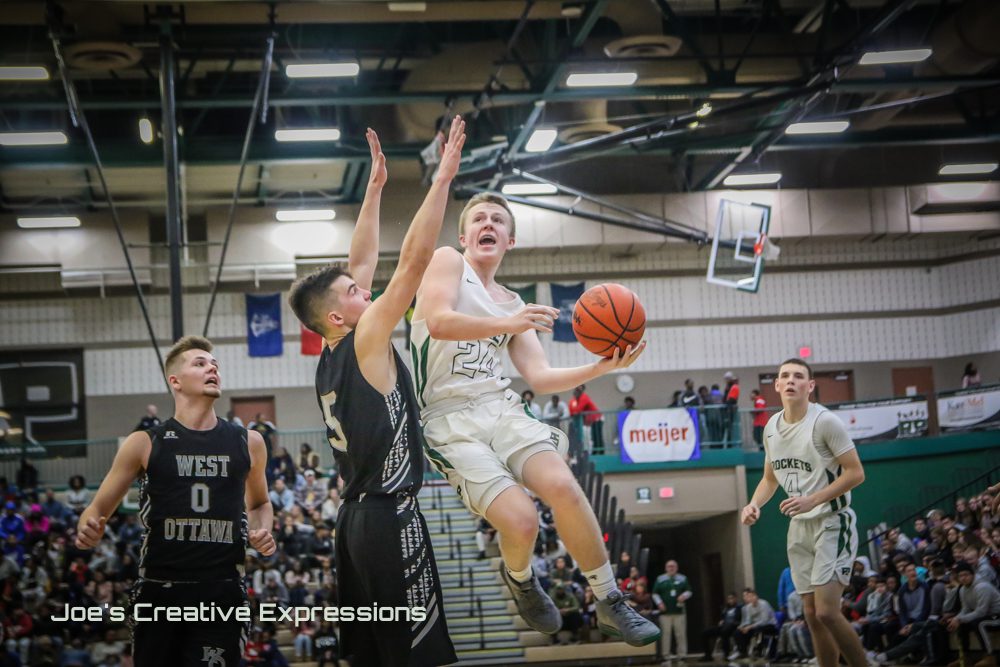 Kaleb Mitchelson glides through the air to the hoop for Reeths-Puffer. Photo/Joe Lane 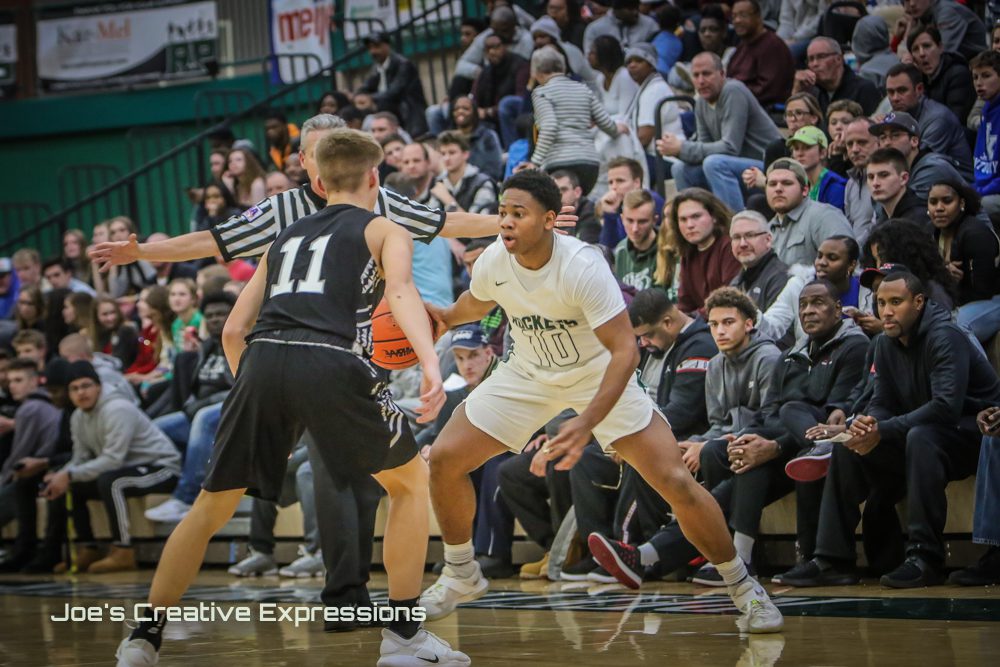 Rocket senior Jalen Williams gets ready to drive to the basket. Photo/Joe Lane 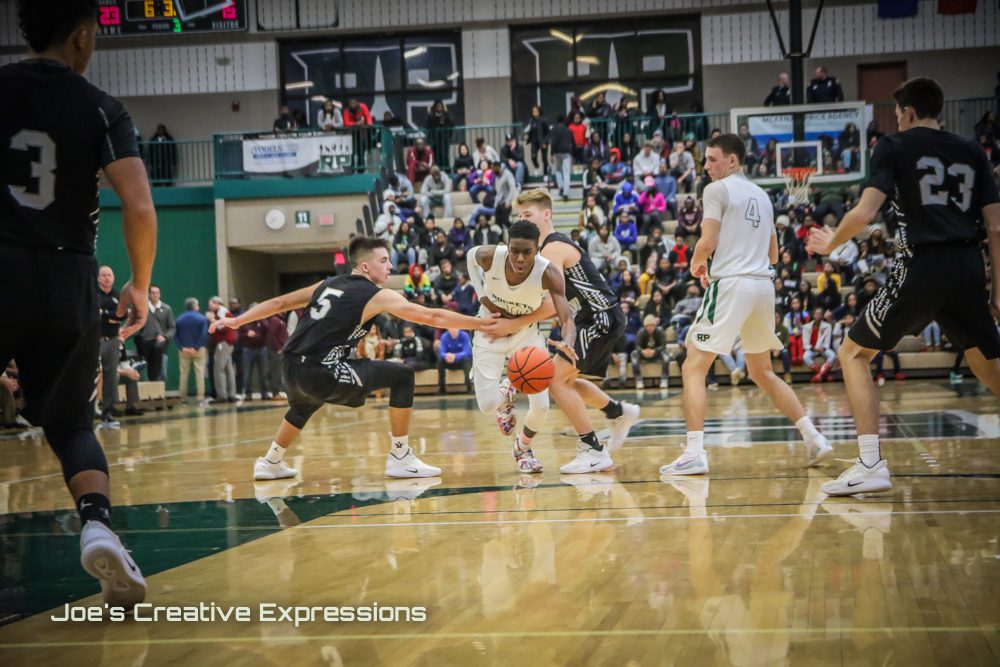 Gary Humphrey III gets fouled at the top of the key by West Ottawa defenders. Photo/Joe Lane 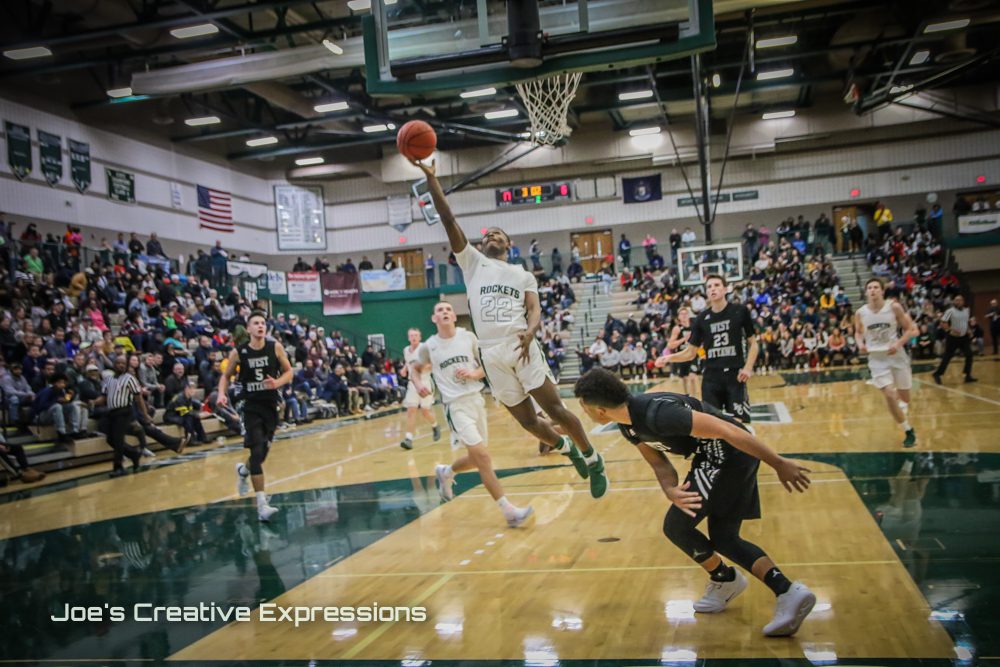 DaMario Chapman gets to the hoop in transition for Reeths-Puffer. Photo/Joe Lane 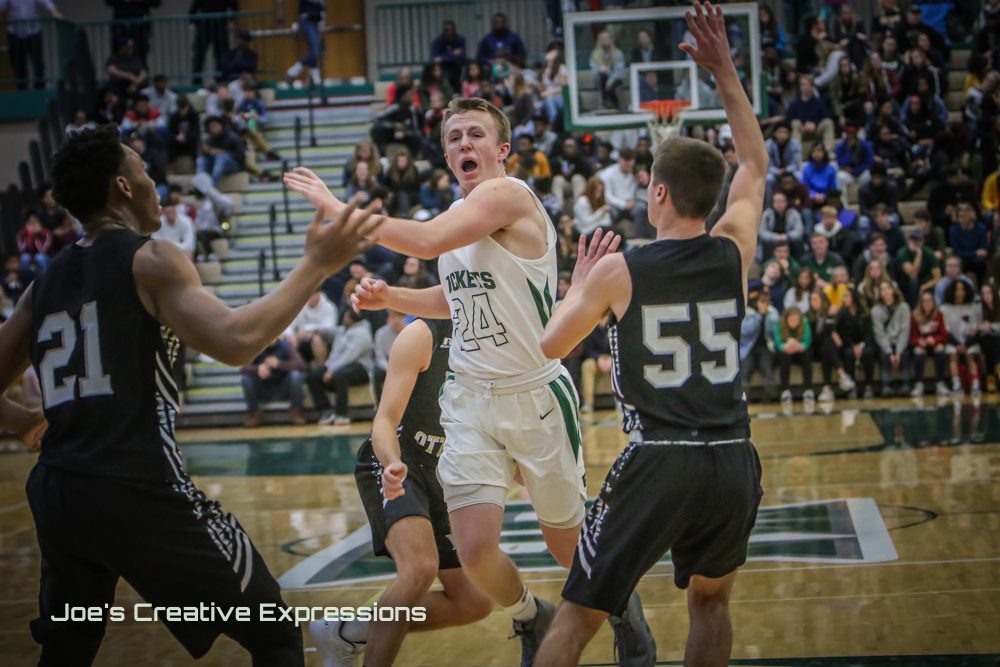 Kaleb Mitchelson kicks the ball the corner after driving in the lane for Reeths-Puffer. Photo/Joe Lane 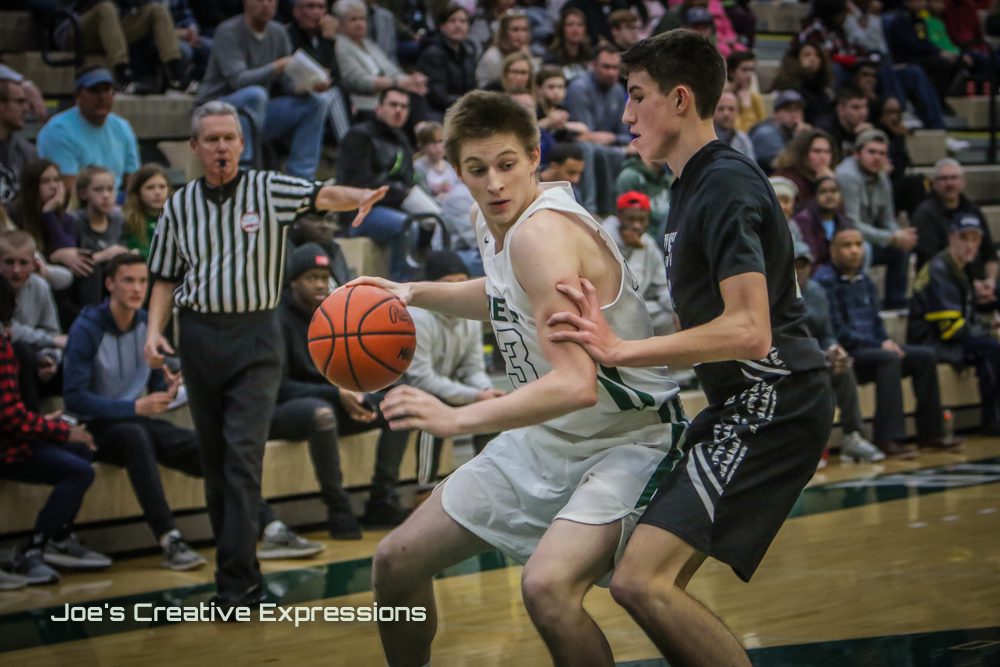 Josh Jordan looks to make a move in the post for Reeths-Puffer. Photo/Joe Lane 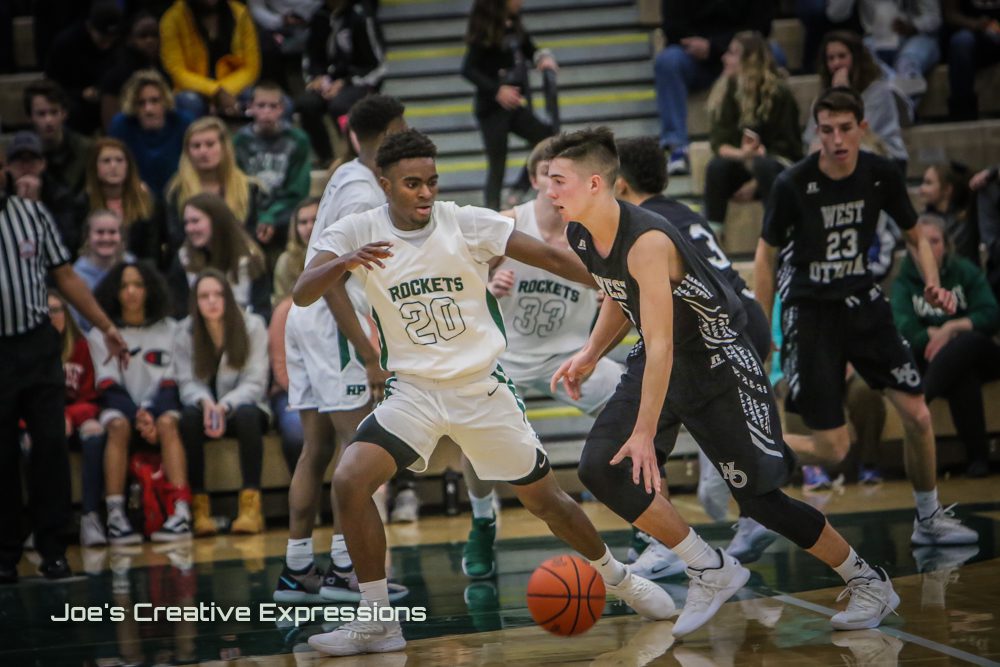