By Dave Hart
LocalSportsJournal.com
MUSKEGON – A huge part of the Muskegon Lumberjacks’ success this season has been the solid play of goaltender Brandon Bussi.

But on Sunday Bussi got a game off, and backup net minder Ryan McInchak took his turn in the spotlight.
McInchak did not disappoint, stopping 38 of 39 shots as the Lumberjacks claimed a 6-1 win over the Central Illinois Flying Aces at the L.C. Walker Arena in front of 1,945 fans. 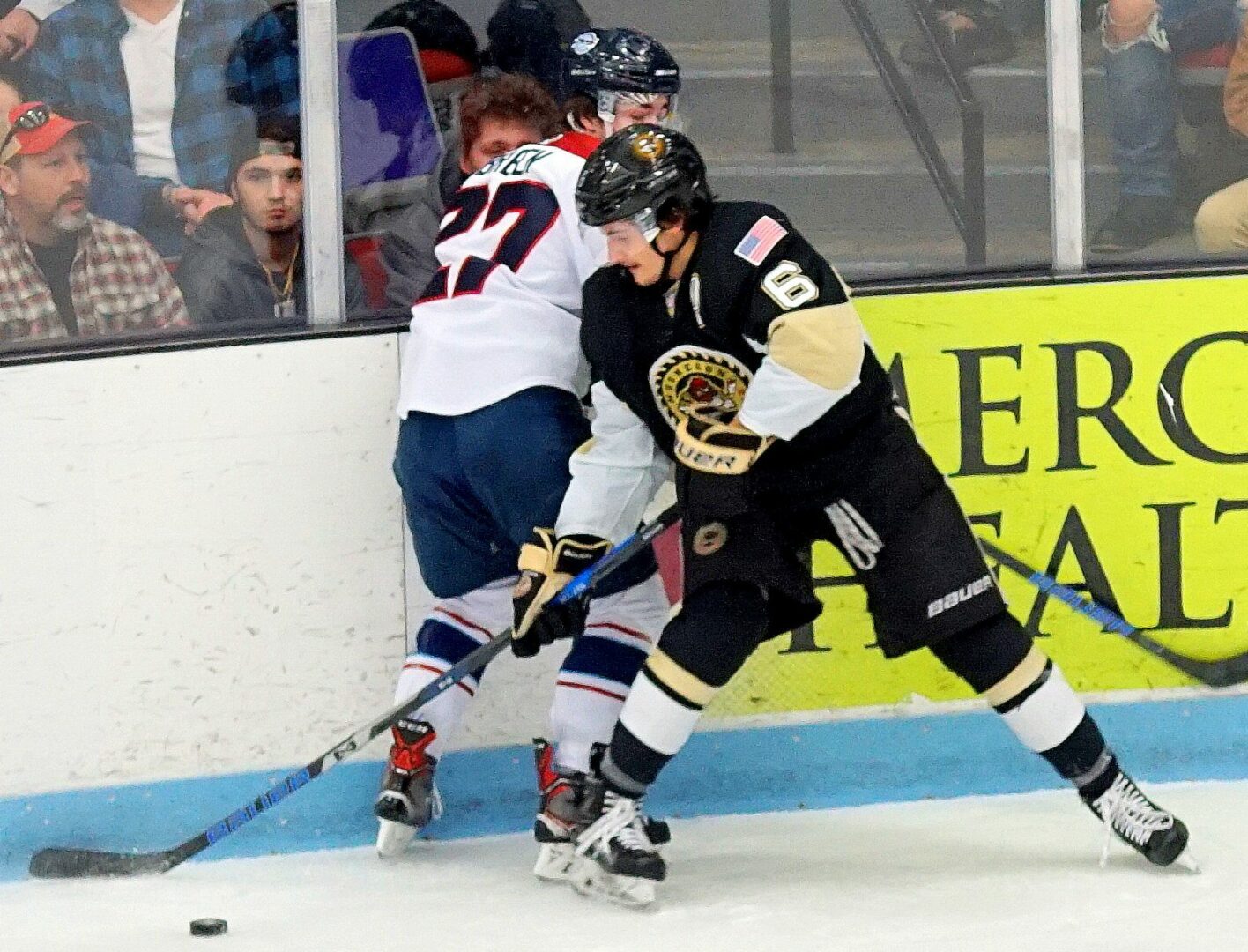 Colby Bukes grabs the puck along the boards for Muskegon. Photo/Leo Valdez

The victory erased the sting of a disappointing 5-1 home loss to Youngstown on Saturday. The Jacks have only had one losing streak so far this season, which only extended two games. Through 33 games, the Lumberjacks have yet to go two straight games without earning at least a point in the standings.
Muskegon is now 25-7-1 on the season, good for 51 points and first place in the USHL’s Eastern Conference. The Lumberjacks currently hold a 12-point lead over second-place Chicago.
Muskegon will head out for a three-game road trip next weekend, starting with two games against the Western Conference-leading Tri-City Storm on Friday and Saturday. Both games are slated to start at 8:05 EST in Kearney, Nebraska.
“Today we had a little more of a net presence and we won the special teams battle,” said Lumberjacks coach Mike Hamilton. “We didn’t have as many shots, but we had really good looks and we capitalized on them.” 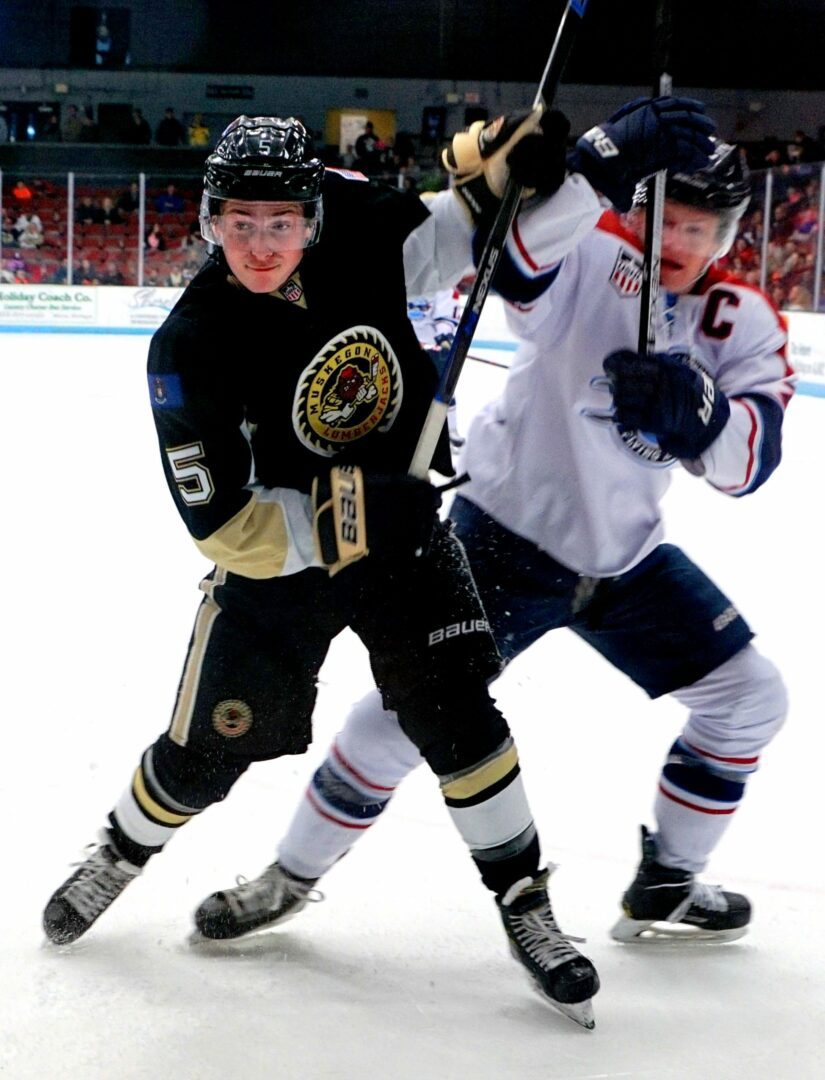 McInchak earned his second win of the season for Muskegon.
“I thought Ryan (McInchak) played well in the net, and it was good to see him take care of business, but at the end of the day we did a good job limiting great chances for them,” Hamilton said.
McInchak was excited to do his part in the win.
“It feels good personally,” said McInchak, whose has appeared in five games for Muskegon. “I thought our team did a good job defensively killing penalties, and we made a lot of smart plays, which helped me out tremendously. Any point we can earn is important right now with Tri-City at the top (of the overall league standings).”
The Lumberjacks opened the scoring in the first period, when they had a 4-on-3 power play advantage after a flurry of penalties.
Alex Yakovenko put the puck in the net on a rebound at the 17:41 mark, giving Muskegon a 1-0 lead. The first period ended that way, even though the Jacks were outshot 16-10.
Muskegon increased its lead to 2-0 at 1:15 of the second period on a goal by Cam McDonald.
Egor Afanasyev added a goal for the Lumberjacks at 17:36 of the second to give Muskegon a 3-0 advantage. Zachary Nazzarett notched an assist for his first career USHL point.
The Lumberjacks entered the third period being outshot 28-20, but leading 3-0.
Muskegon increased its lead to 5-0 with two goals early in the third, from Yakovenko and Igor Larionov at the 1:22 and 4:24 marks, respectively.
The Flying Aces finally got on the board midway through the third period with a goal from Joseph Dunlap.
Muskegon’s Colby Bukes closed out the scoring with a goal at 17:53.
The Lumberjacks were outshot by Central Illinois 39-26.
Bobby Lynch, Mikael Hakkarainen and Larionov each chipped in two assists for Muskegon.