By Andrew Johnson
LocalSportsJournal.com
MUSKEGON TWP. – For the past 12 years, the Greater Muskegon Athletic Association City Wrestling Tournament has been dominated by Whitehall.

But one team – Reeths-Puffer – has been inching closer to the Vikings over the past few years, and has a realistic hope of stealing the title at the 2019 GMAA tournament on Saturday at Fruitport. 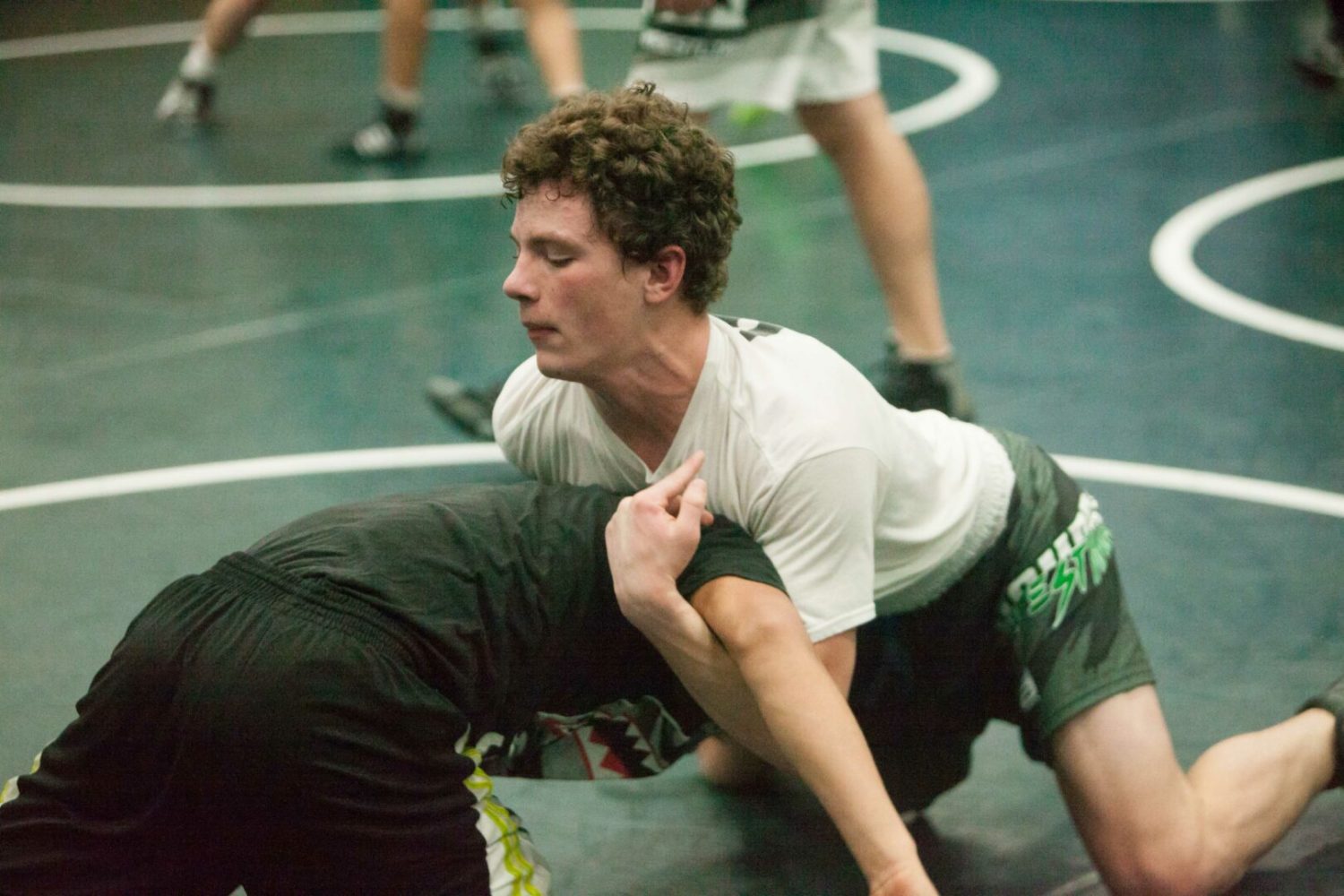 The Rockets currently boast a 16-2 dual record, and have some recent tournament success on their resume.
They were a perfect 5-0 at the West Ottawa Invitational last weekend, and finished in second place at the Allendale Invitational earlier this month.
The Rockets think a GMAA city tournament title is the next logical step on their way up.
“We all want to go in and win it,” said Reeths-Puffer senior wrestler Gerrit Andrus. “It’s been way too long since we’ve won it, and winning city as a senior would mean a lot to go out on top.”
While the Whitehall wrestling team has dominated most of the area headlines in recent years, repeatedly winning GMAA, district and regional titles, the Rockets have flown under the radar. 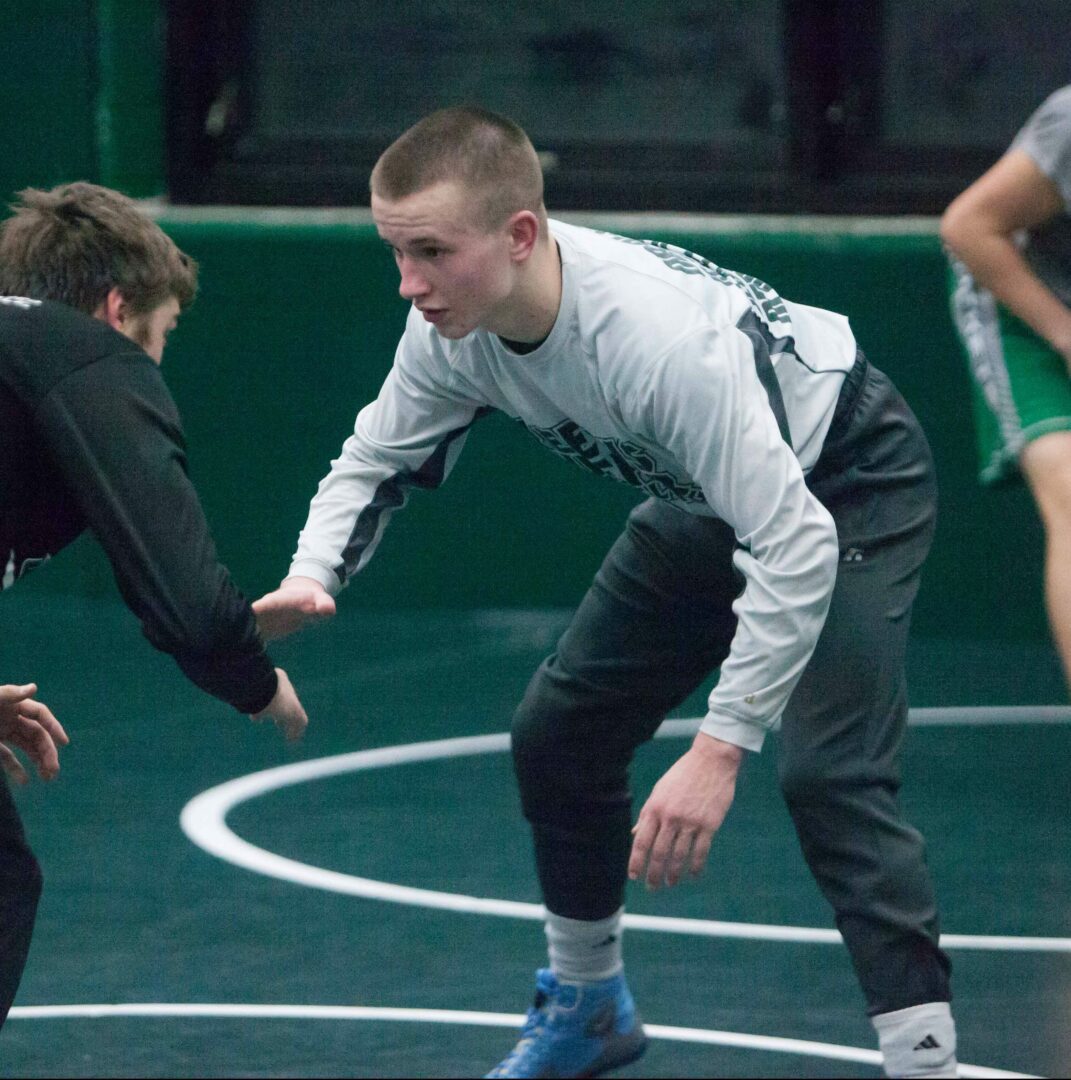 The Rocket’s Noah McKinnon looks for an opportunity to make a move during a practice drill on Thursday. Photo/Jason Goorman

Reeths-Puffer has quietly captured conference and district championships four years in a row, and isn’t satisfied yet.
“We’ve had quite a bit of success so far,” said Rockets head coach Matt Brink. “We’re hopeful that we can continue it. But we’ve really had a good thing going for a couple years.
“Our goal is to win conference, districts and make it to state. If we achieve that, it would be five straight, and the first time we’d make state. That would be huge for us.”
The Rockets have one new component this year that can only help their cause – the occasional presence of former Whitehall coach Cliff Sandee – the guy who led the Vikings to the 12 straight GMAA titles and local dominance.
Sandee left Whitehall last year to become assistant principal at Reeths-Puffer High School, and he sometimes pops into the Rockets’ practice room to lend a hand.
“He has helped out a little bit,” said Brink about Sandee. “I try to get him in there once a week. It just started toward the end of 2018. and it’s going to start back up now that we’re back from break. He’s also helping with our youth program.” 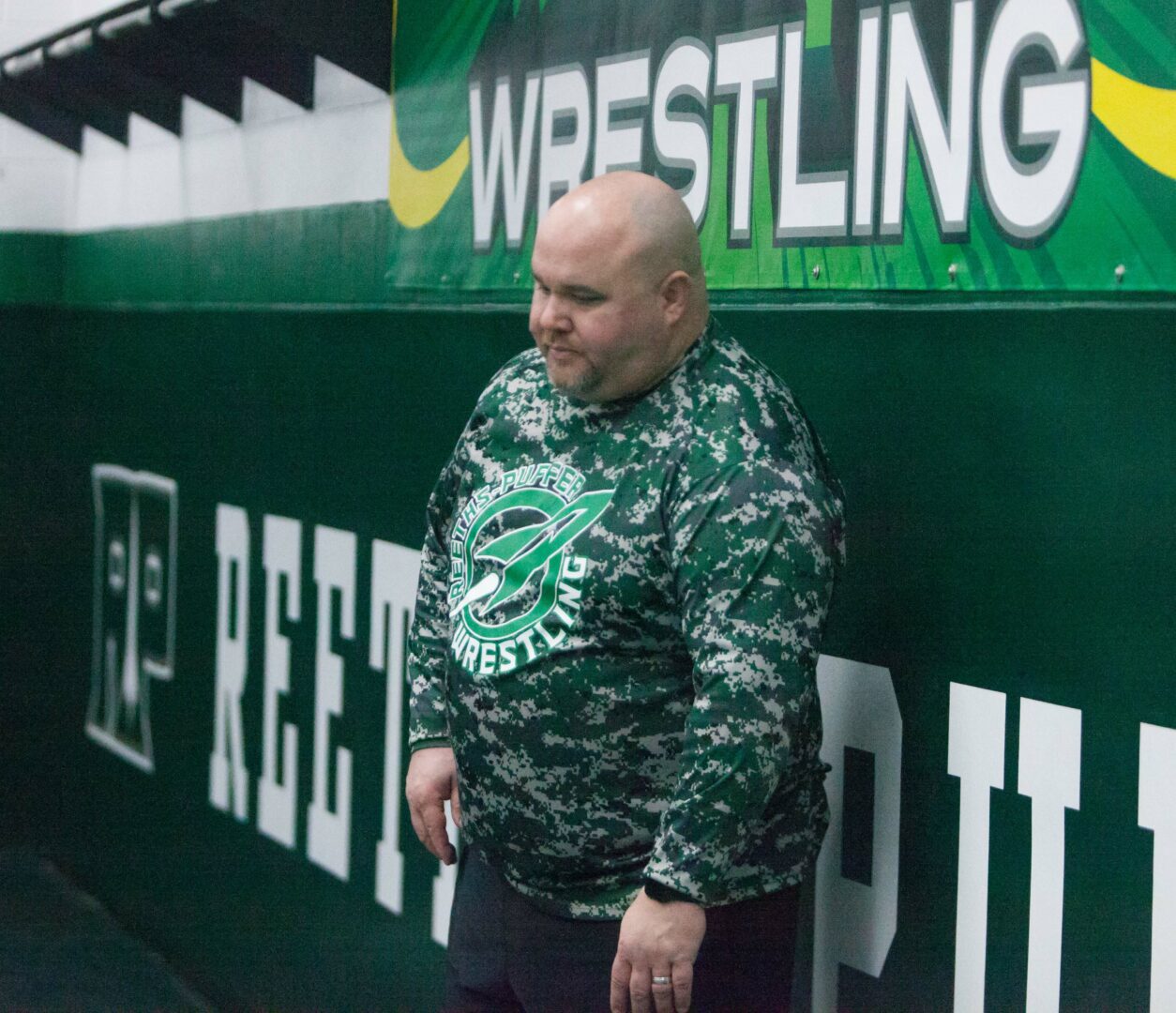 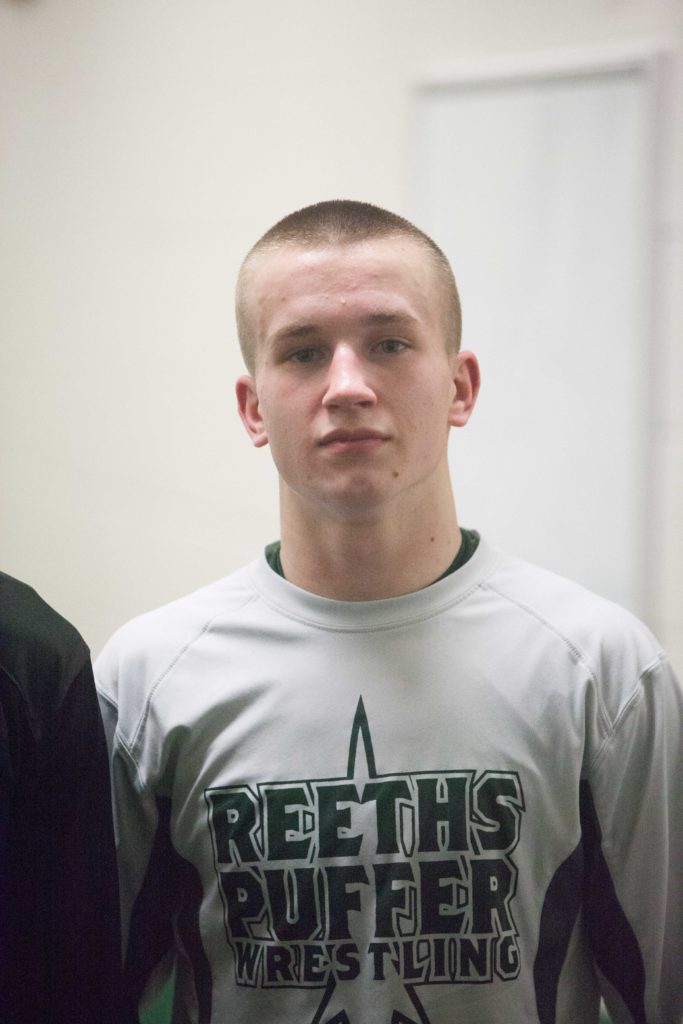 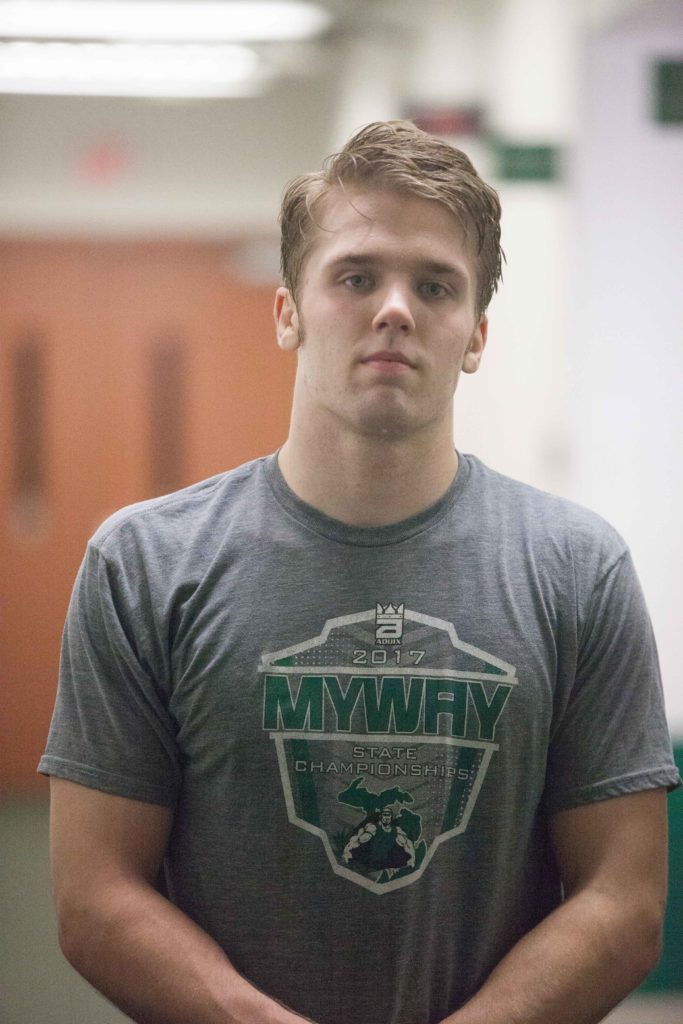 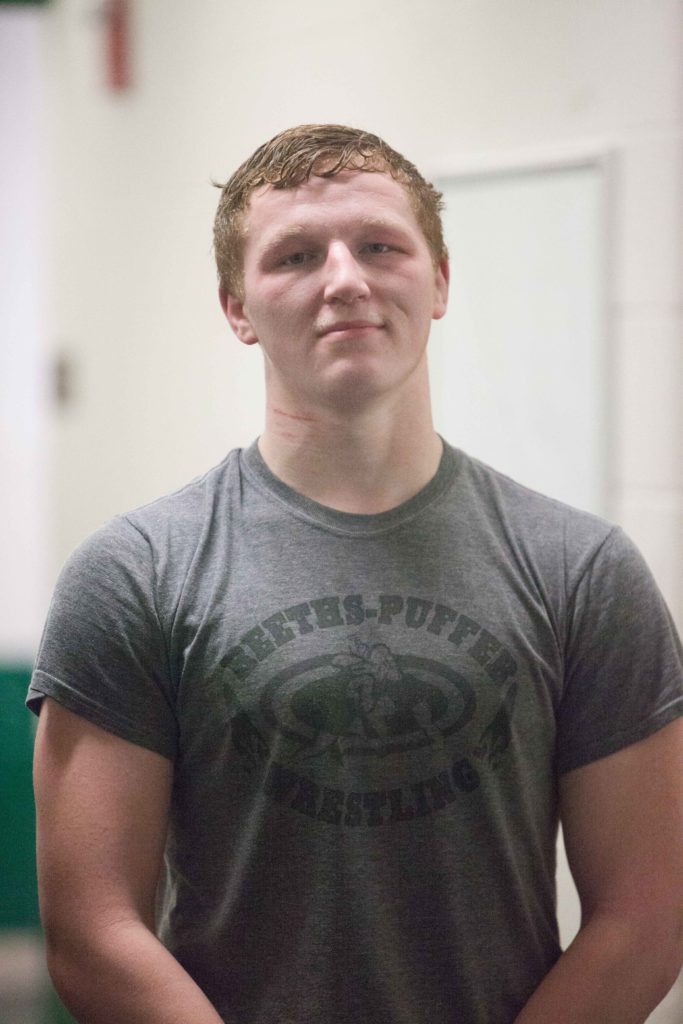